Gardening in regions with cool, short summers like the Pacific Northwest and northern New England can create challenging conditions for heat-loving crops. For folks in the extreme South, heat can sometimes be too much of a good thing. These regions need quick-maturing crops for planting in fall or early spring—a sweet spot of time when things aren’t too cool or oppressively hot.

Nearly all of these climatic challenges, however, can be overcome by choosing varieties built for short seasons. These options generally have faster-than-average maturity as well as a special tolerance to cool conditions. All of the varieties featured here have stood the test of time and excelled in the very short, cool growing season that I experience each year in central Maine (USDA Hardiness Zone 5). If these edibles can grow here, they truly are tough. 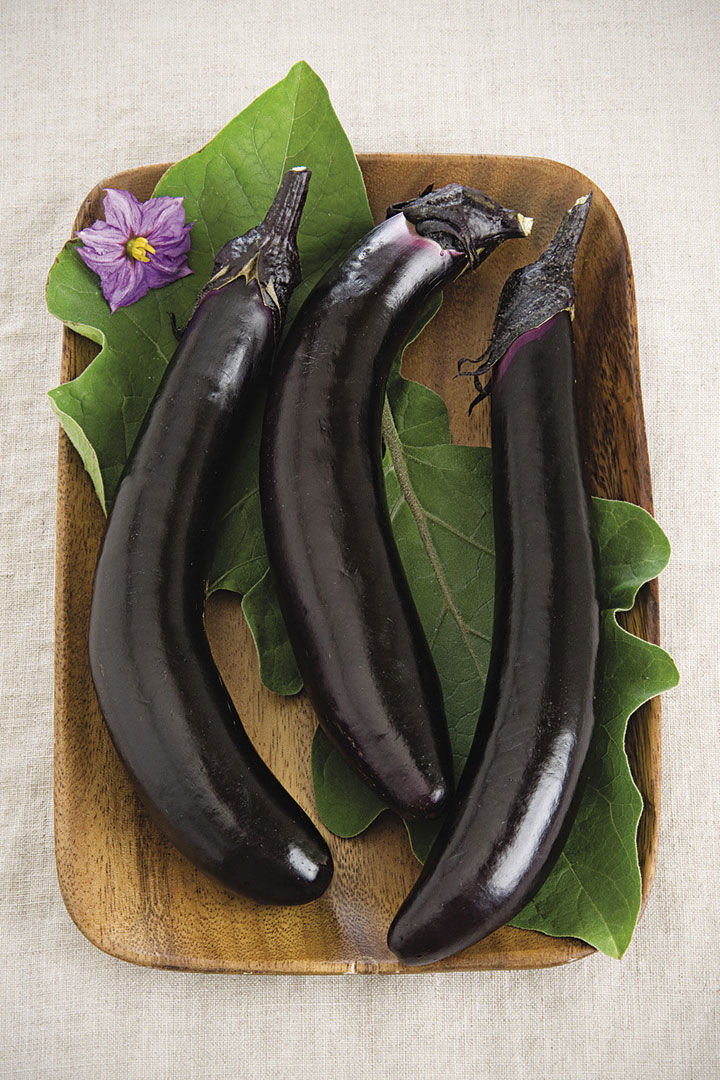 ‘Orient Express’ has the ability to produce fruit in cooler weather than most eggplants. It matures anywhere from a week to three weeks earlier than the larger-fruited Italian types. The eggplants average 8 to 10 inches long by 2 inches wide. Bred in Japan where this fruit type is popular, you can expect tender flesh that cooks quickly and is excellent stir-fried, grilled, or steamed. Start the seeds indoors eight to ten weeks prior to transplanting, after the danger of frost has passed. 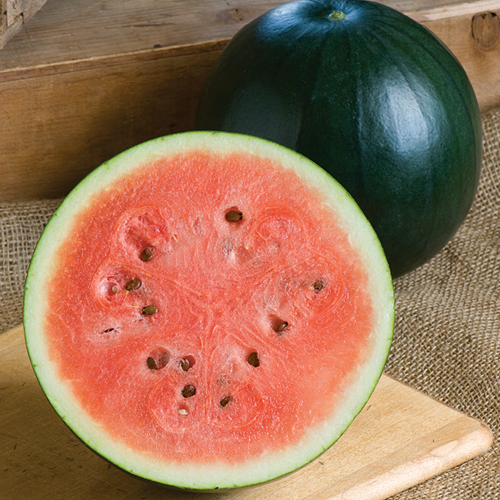 ‘Sugar Baby’ has been around for over 60 years, and for good reason. Its fruit ripens early, the melon size is a manageable 8 to 10 pounds each, and the plants in general have good adaptability to soil conditions. Harvest up to a month earlier than some behemoth varieties, when the bottom of the fruit (where it touches the ground) is yellow and the tendril nearest the stem of the fruit turns brown. I suggest starting the seed indoors four weeks prior to transplanting outside to get a jump on the season. 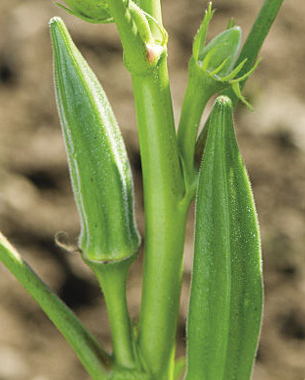 Okra is often dismissed out of hand as being too hard to grow in cooler climates. This is a shame as northern growers can harvest fine crops most years from early-maturing varieties such as ‘Jambalaya’. Some okras can take 80 days or more to mature, but this short-season variety grows quickly. It can be direct-sown but will yield earlier and heavier if transplanted. Start the seeds indoors eight to ten weeks prior to planting outside, after the danger of frost has passed. Or you can direct-sow the seed when the soil temperature reaches 65°F. ‘Jambalaya’ can be used in traditional dishes such as jambalaya but tastes great in stir-fries and Indian curries, too. 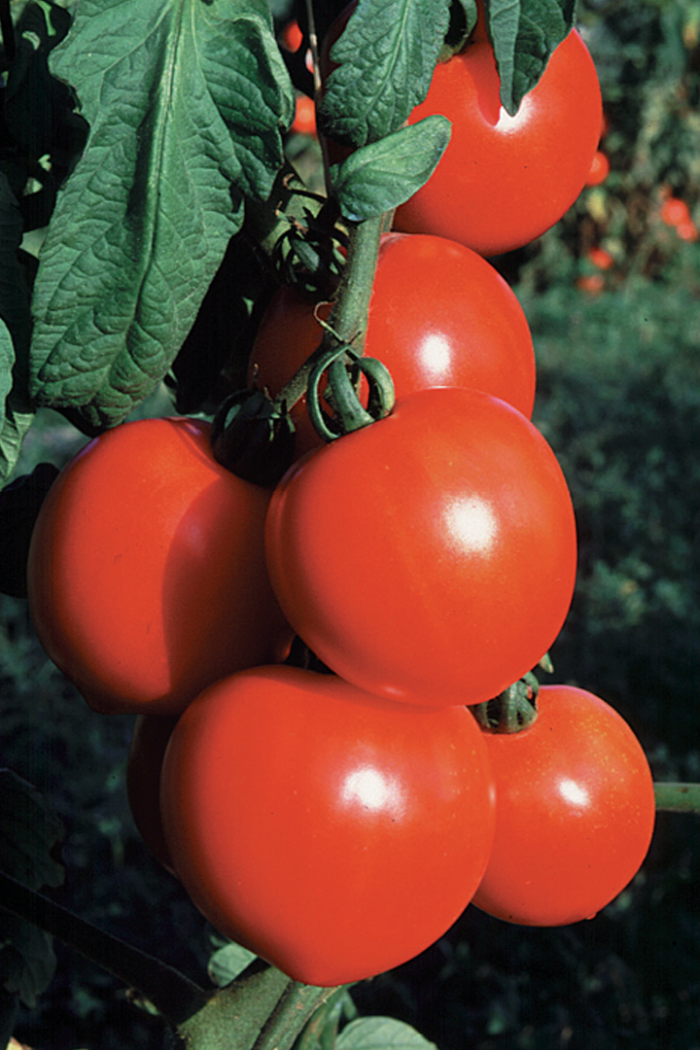 The bright red fruits of ‘New Girl’ have good flavor and weigh in at a respectable 4 to 6 ounces each—which is pretty good for such an early variety (ripening two weeks sooner than many other salad-size options). The plants have shown good adaptability to variable weather conditions as well. Start the seeds indoors five to six weeks prior to transplanting outside—and make sure the danger of frost has passed and nighttime temperatures are over 60°F. These indeterminate plants require staking. 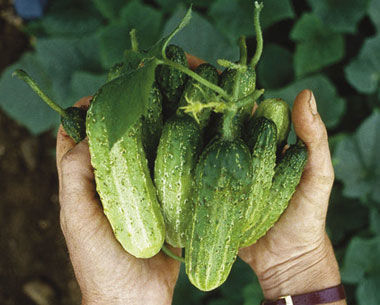 Bred at the University of Maine in Orono, ‘Northern Pickling’ produces large crops on short-vined plants that are especially suitable for small gardens. Harvest the fruits at 3 to 5 inches to keep the plants producing well. Although most pickling varieties mature earlier than full-size types, they can still take up to 65 days to be ready for harvest. You’ll be picking ‘Northern Pickling’ more than two weeks sooner. The fruit is much better eaten fresh than the tougher skinned American slicers. Start the seeds indoors three to four weeks prior to transplanting after the danger of frost has passed, or direct-seed when the soil temperature reaches 70°F. 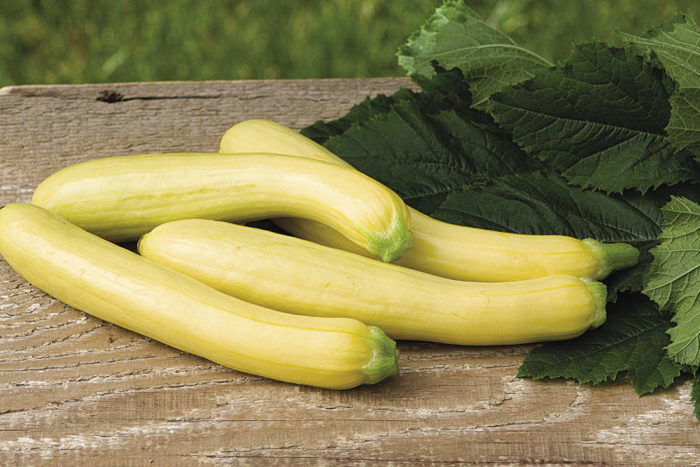 This early-maturing, flavorful yellow summer squash was bred by Dr. Brent Loy at the University of New Hampshire, where cool, short seasons are the norm. The vigorous plants yield well and, as an added bonus, have spineless leaf petioles so there are fewer scratched fruits and arms. Start the seeds indoors three weeks prior to transplanting after the danger of frost has passed, or direct-sow when the soil temperature reaches 65°F. With any luck, you’ll be picking squash up to two weeks earlier than many traditional varieties. 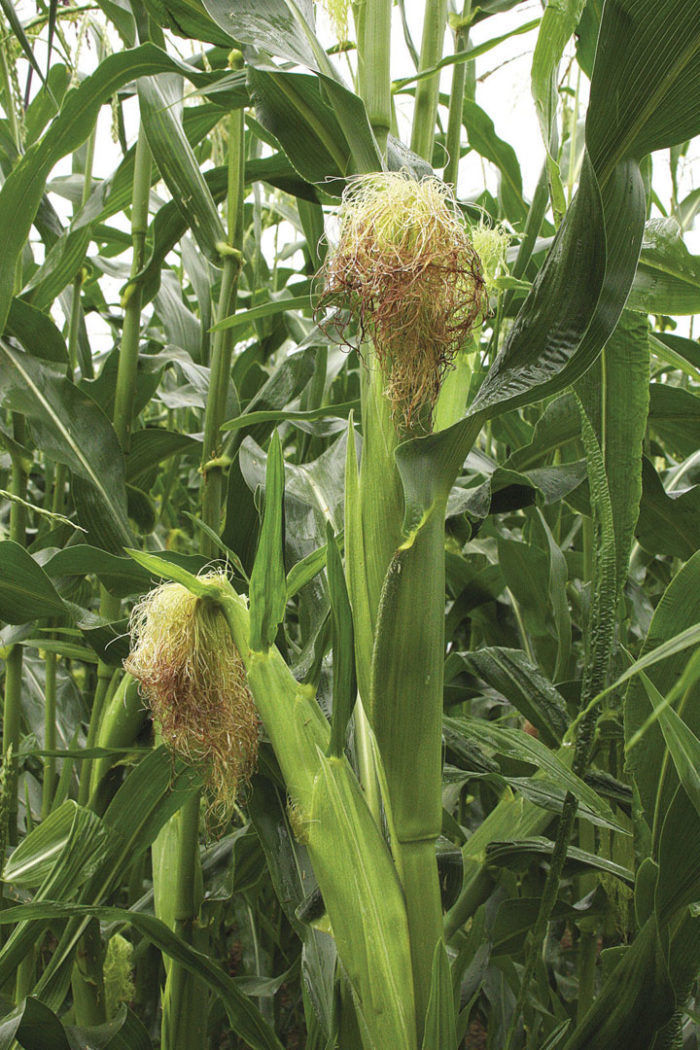 This sugar-enhanced yellow corn has great flavor. Though not quite as tasty as the best full-season varieties (which can take from 80 to 100-plus days to mature), the sweet kernels of ‘Sugar Buns’ are still delicious. This variety will mature just about everywhere in the lower 48 states from direct-seeding, but if you want an even earlier crop, consider transplanting. It takes a little extra time on the front end, but transplants have much less weed pressure than directly seeded crops. Start the seeds inside three weeks prior to the last frost date. Or you can direct-sow the seed when the soil temperature reaches 65°F. Be sure to plant at least four rows across for adequate pollination, or the tips of the ears will not fill out properly. 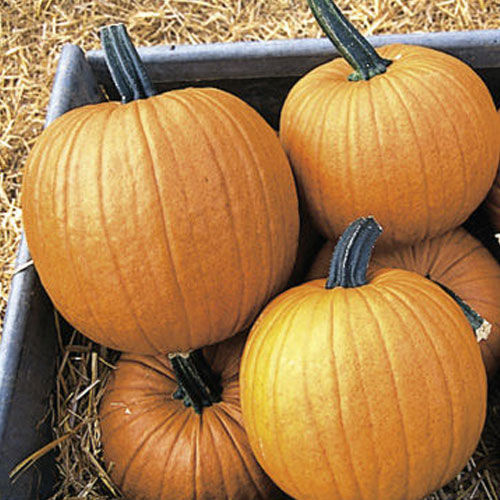 Clocking in two to three weeks before many of the longer season varieties, ‘Racer’ is a great choice for gardeners in extremely short-season areas. In years with late springs and cool summers, it will still produce a nice crop of fully ripe 12- to 16-pound pumpkins whereas many other varieties will not. It’s still best to get a jump on the growing season by starting the seeds indoors three weeks prior to transplanting them outside (after the frost threat has passed). Otherwise, you can direct-sow the seeds into the garden when the soil temperature reaches 70°F. Once the fruits are fully ripe, cut them from the vines, and let them cure in the field for seven to ten days for a greater shelf life after harvest. Then put them under cover as the stems of pumpkins left in the field too long sometimes get bleached from the sun. You can expect the average yield to be two to three fruits per vine.

Extend your season even more with cultural practices

Since cold and wind can be problems in cooler climates, consider using plastic mulch and floating row covers (pictured) for heat-loving crops. These products create a warm microclimate, allowing you to plant out several weeks earlier, which results in earlier maturity and, often, greater yields. Row covers also exclude insect pests and provide frost protection down to 28°F to 30°F. Keep the following things in mind if you use row covers. 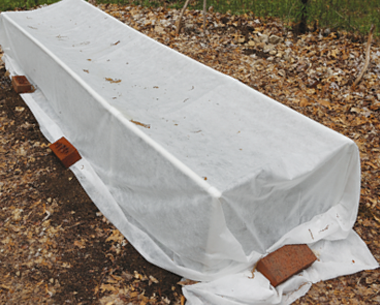 1. If you’re growing eggplants you’ll need to support the row covers with wire hoops or poles so the fabric doesn’t damage the flowers. None of the other crops in this article need hoops or poles.

2. For vining crops, remove the covers when the plants begin flowering to allow pollinators to reach the blossoms.

3. Wait until corn is 2 feet tall before removing the covers because that’s when the fabric starts to impede its upward growth.

4. When the temperature reaches 85°F remove the floating covers from okra, eggplants, and tomatoes to avoid blossom drop.

Are you a short-season or a long-season grower?

Most gardeners know in what zone they live. That’s likely because folks want to be sure they’re investing in plants that will reliably come back each year. What many gardeners don’t know, however, is whether they live in a short-season or long-season section of the country. All veggies need a number of perfect growing days (not too hot, nor too cold) in order to mature. If you select a tomato that takes 120 days to set and ripen its fruit but lives in northern Maine, chances are you will never harvest a single tomato off that plant. 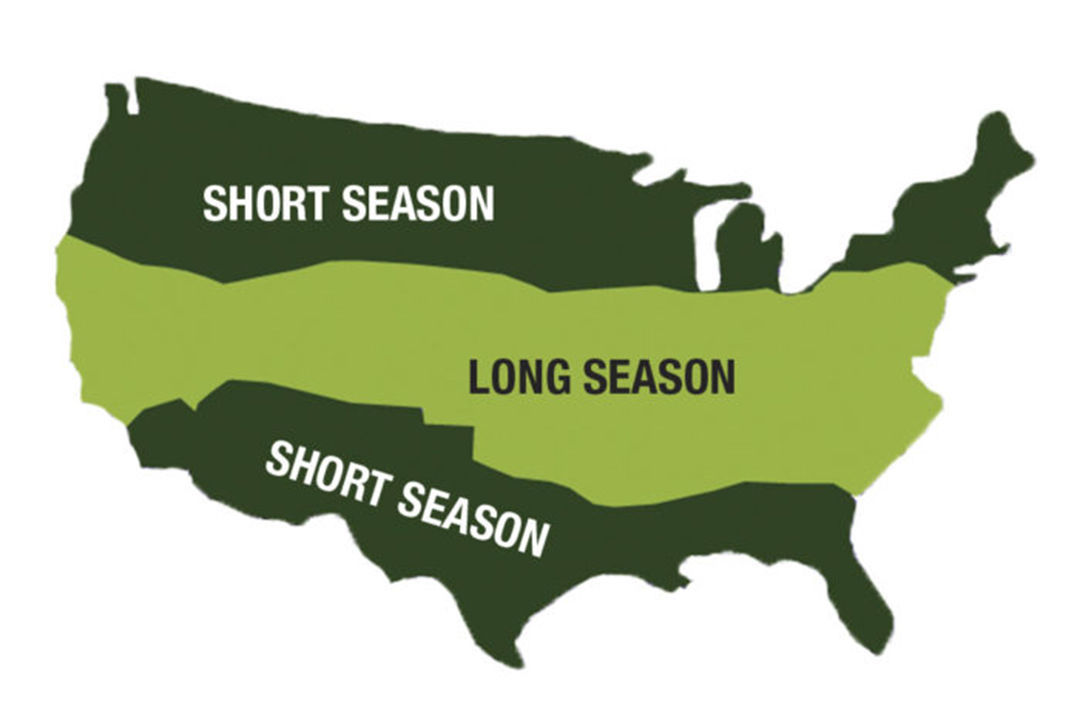 • Short-Season Growers should look for veggies that take 80 days to maturity or less.

• Long-Season Growers can grow veggies that take more than 80 days to mature.

Previous: How to Get Rid of Tomato Hornworms and Other Caterpillars in the Garden Next: Tips for Growing Vegetables in the Hottest Regions
X
View Comments