When full sun isn’t an option, use these hardworking plants to add color, fragrance, and year-round structure

If you take a dim view of the shady spots in your garden, it may be because you haven’t found the right plants to make those areas shine. A few well-chosen shrubs can transform a shadowy area into a showcase, and there are more choices available than you might imagine. On the following pages are some of my favorite shade-loving shrubs. Whether you are looking for a shrub with beautiful blooms, fascinating foliage, or architectural appeal, there should be something here to suit your needs. 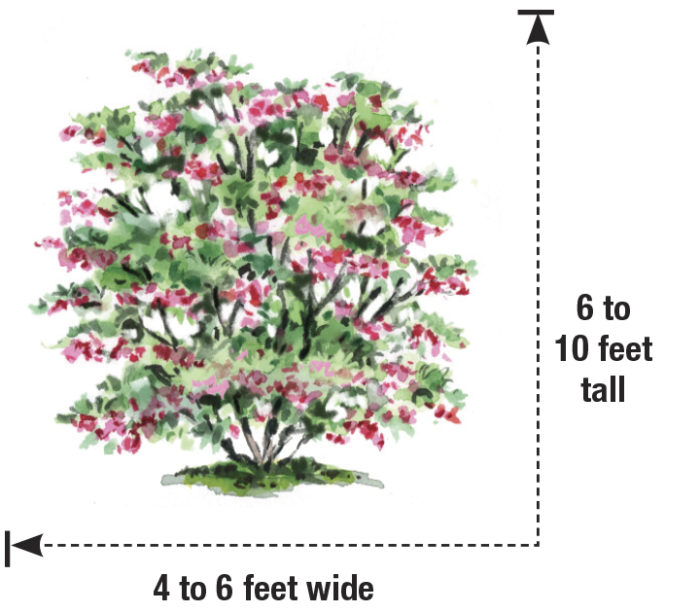 ‘Lipstick’ redvein enkianthus, one of my favorite plants for shade, is unequaled for its brilliant red fall color. It has an upright habit, reaching 6 feet tall at maturity. In early spring its naked stems are covered in pendant clusters of elegant, white, bell-shape flowers suffused with streaks of burgundy red. Because of its narrow habit, it is perfect for a small space such as a courtyard. 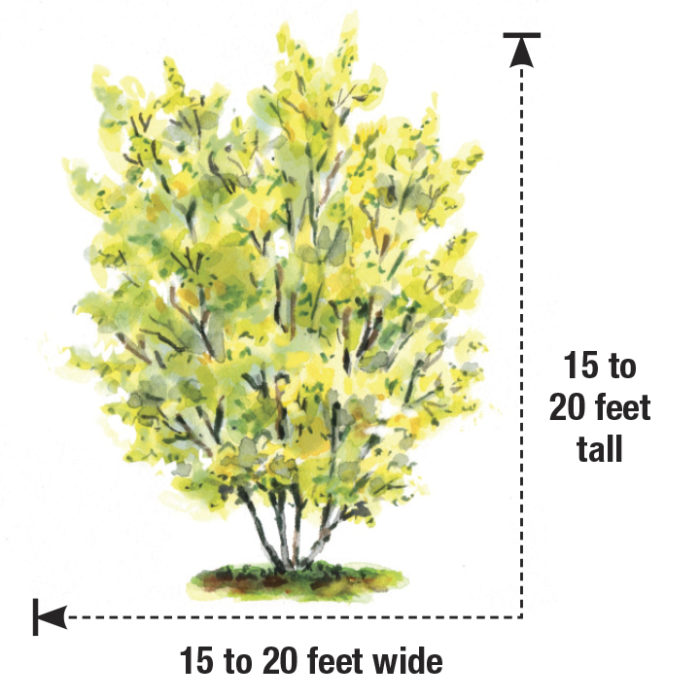 ‘Harvest Moon’ witch hazel is an exciting selection of the common witch hazel (Hamamelis virginiana, Zones 3–8) that is found throughout eastern North America. Unlike most witch hazels, which bloom in early spring, it is an autumn bloomer. In late fall its leaves drop to reveal spidery flowers with narrow straplike petals that are a soft butter yellow. In its native habitat, it grows as a large understory shrub up to 20 feet tall with an equal spread. 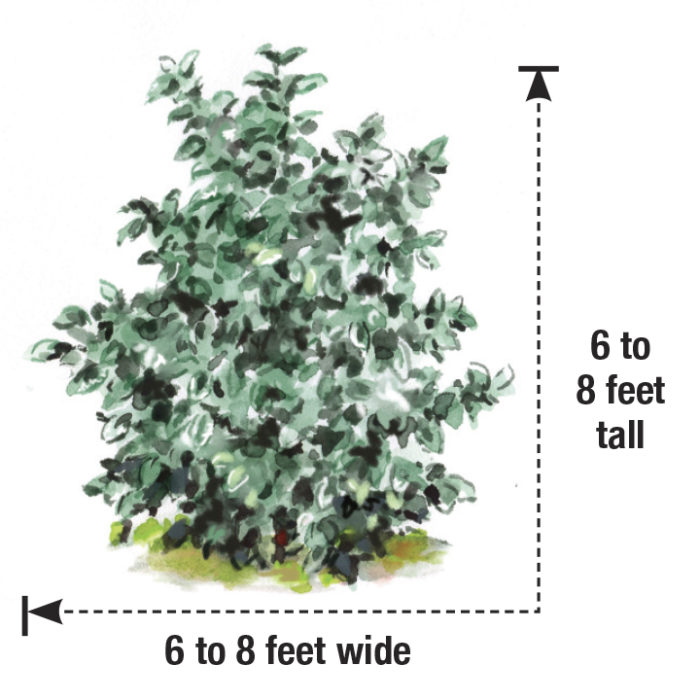 Over the years, I had seen Japanese orixa relegated to purely arboreta plantings. Then on an autumn visit to Chanticleer, a public garden outside of Philadelphia, I saw ‘Pearl Frost’ orixa with its fantastic ghostly white leaves and was newly impressed by its ornamental appeal. This shrub is actually a member of the citrus family and has proven to be very deer resistant in the garden. The glossy, oval leaves are dark green in the center, with a creamy white variegated edge. At the Chicago Botanic Garden we used them in a mass planting to lighten up a dark spot. 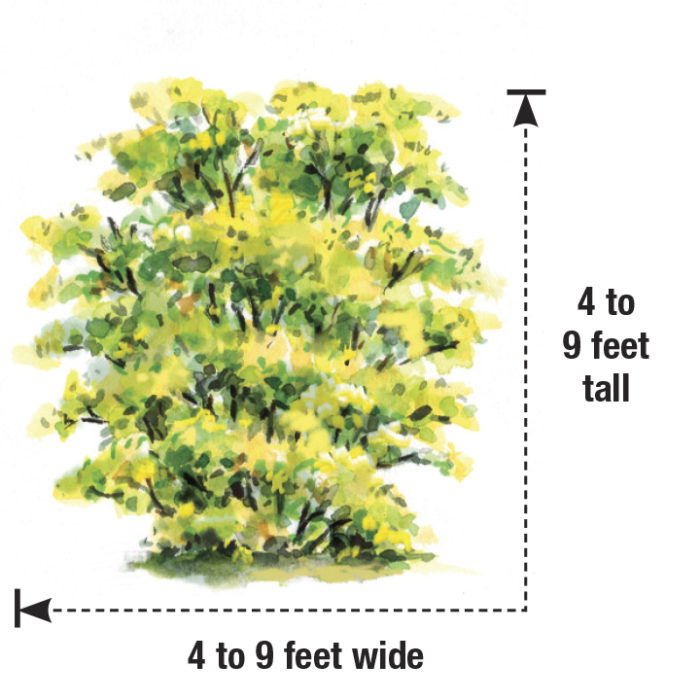 ‘Golden Guinea’ Japanese kerria is a great old-fashioned shrub grown for its green winter stems and vibrant golden yellow flowers that open before the foliage emerges in spring. It thrives in fairly deep shade as well as partial shade. This clone was selected for having the largest flowers compared to other cultivars. The habit is upright and somewhat vase-shaped and will reach 5 feet tall with an equal spread. 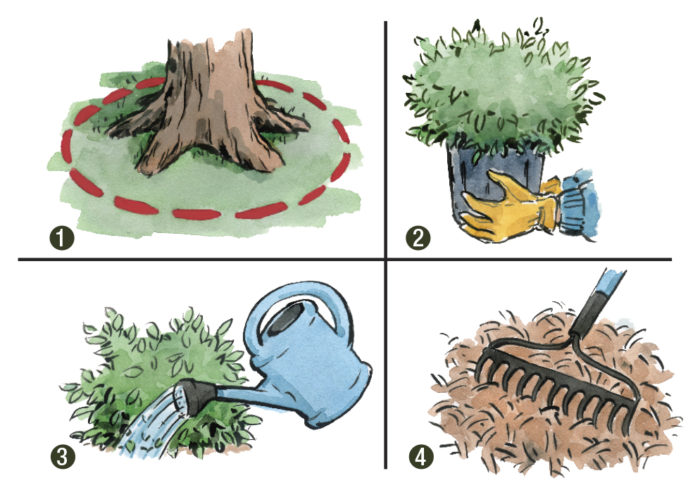 Planting shrubs under established trees, especially those trees with a seemingly impenetrable root system, can be a real challenge to say the least. Here are a few tips to help you get it done.
1. Site shrubs away from the trunk, since tree roots are likely to be densest near the base of the tree.
2. Start with a smaller plant. A shrub sold in a 1- or 2-gallon pot will be easier to establish than a larger one if there is significant root competition. Because it needs a smaller hole, planting will be less invasive to the tree roots.
3. Keep an eye on watering while the shrubs get established. The tree is likely taking up a lot
of the available moisture, so considerable supplementary water may be necessary.
4. Conserve moisture by mulching newly planted shrubs. 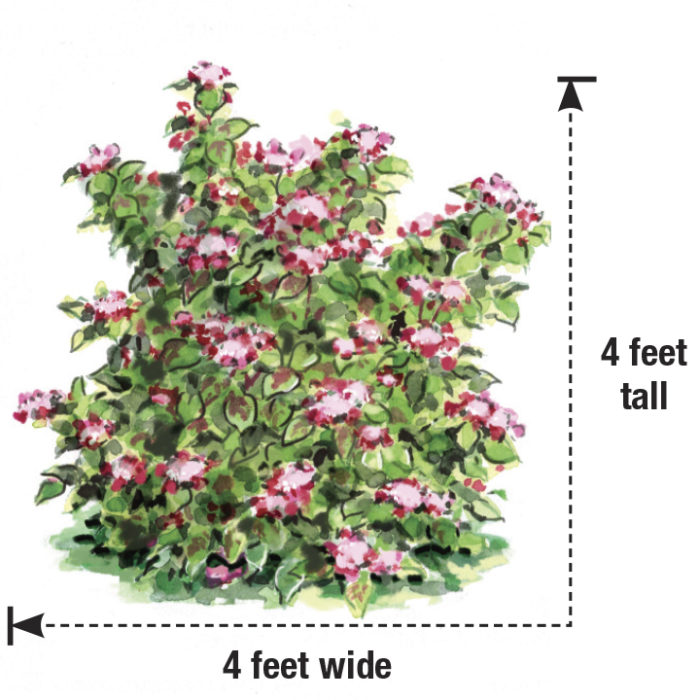 ‘Kiyosumi’ Japanese mountain hydrangea is one of the many exquisite selections of Hydrangea serrata. This group is more diminutive and more refined than the large lacecap and mophead cultivars (H. macrophylla cvs., Zones 5–11). These hydrangeas also bloom more reliably than the mopheads, which suffer stem dieback and rarely flower in Zones 5 and lower. Reaching only 4 feet tall, ‘Kiyosumi’ is perfect for a small or urban garden. It will tolerate considerable shade, but it flowers best in partial shade. Its summer blooms are adorned with pinwheel-like sterile florets with a rose pink picotee edge. 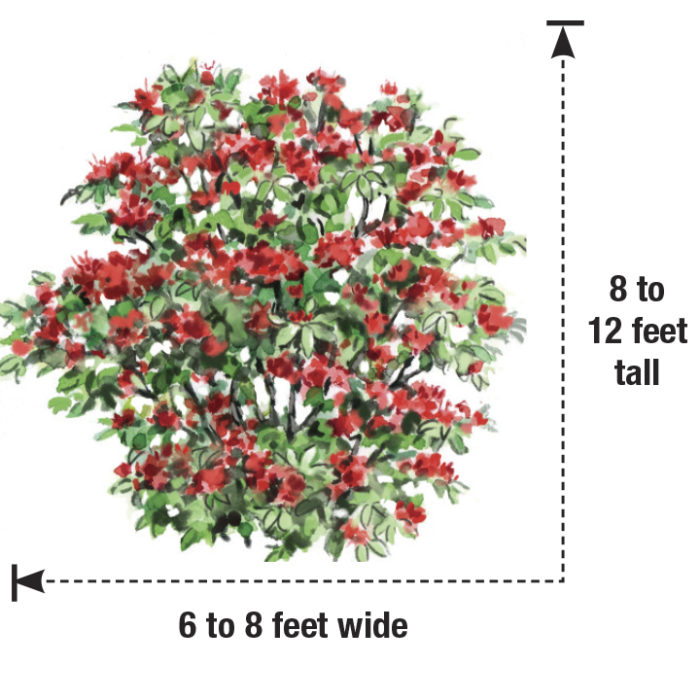 Of the many wonderful native azaleas from the Appalachian Mountains, one of my favorites is plum-leaf azalea. This decid­uous azalea is upright and narrow in its habit and reaches 8 to 10 feet tall at maturity. Most other native azaleas bloom in spring, but plum-leaf azalea is summer flowering, with clusters of tubular flowers of fire-engine red that face upward. It grows in full shade but flowers best in partial shade. The flowers attract ruby-throated hummingbirds. 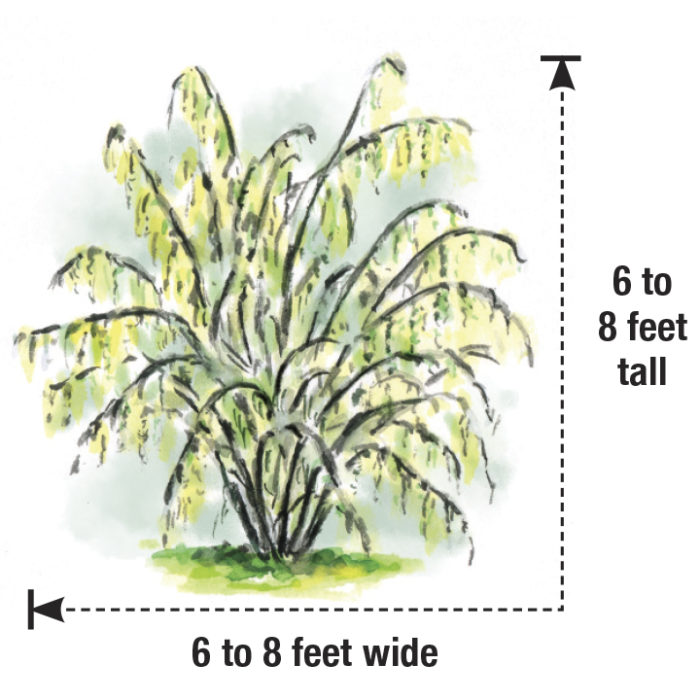 ‘Sterling Silver’ golden spike-tail will lighten a shady nook with its variegated leaves and stunning early season flowers. This medium-size shrub has a vase-shape habit and long, arching branches. It thrives best in dappled shade. In late summer it sets narrow, pendant clusters of flower buds that open in late winter to early spring, depending on the zone, to reveal dangling clusters of yellow, urn-shape flowers. Its broad leaves with narrow, tapering tips are strikingly variegated: pewter blue edged in white. 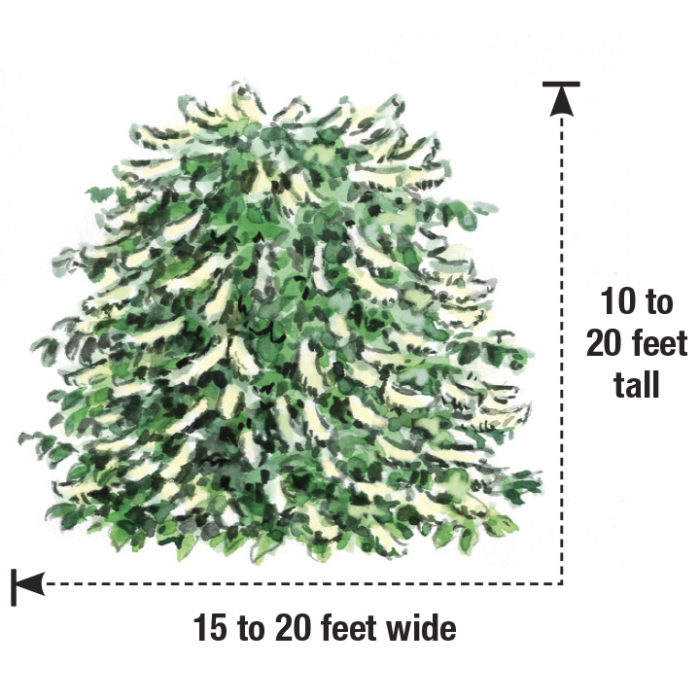 Few plants can truly be called deer proof, but ‘Rogers’ bottlebrush buckeye holds that distinction. At the Chicago Botanic Garden, it is one of the few plants that thrives outside the deer fence. This Alabama native has proven hardy into Minnesota. It has a stoloniferous, or spreading, nature and forms a clump that gets larger with time. I have seen a mass over 50 feet wide. ‘Rogers’ was selected because it blooms later than the straight species, with long white bottlebrush flowers that emerge in the middle of summer. The fall color is a brilliant golden yellow. 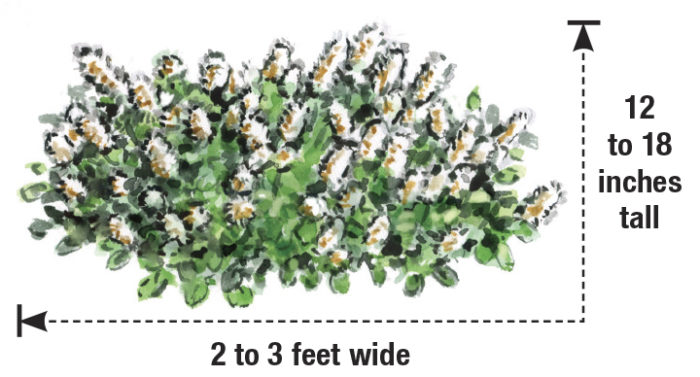 ‘Harold Epstein’ dwarf fothergilla is named for a late, famed plantsman from the Northeast. This coveted diminutive selection is the perfect plant for an intimate corner or even a rock garden. In late April to early May, before the leaves emerge, it is covered in squat, white, bottlebrush flowers. In fall the rounded scalloped leaves turn to a stunning myriad of orange, red, and yellow.

—Andrew Bunting is vice president of horticulture and collections at the Atlanta Botanical Garden.