Potting Soil Put to the Test

In their natural environment, plants get everything they need to stay healthy from the soil: water, nutrients, and air. Most well-established plants living in soil rarely need more than an occasional watering, even if there hasn’t been any rain. Fertilizer, likewise, usually isn’t required more than once a year—at most.

Plants growing in containers are different. Their roots can’t grow outward toward water or nutrients. They are, instead, limited to the area within the container, so the medium that the container is filled with had better be capable of holding plenty of water—and nutrients—while still letting air in. But knowing how important potting media is doesn’t make choosing it any easier.

I decided to put some different potting soils to the test to see if some might be better than others. I went to a local garden center and purchased five types of similarly priced, commonly available potting media. Each of these media was subjected to a number of tests. First, I tested aeration of the mixes and their water-holding capacity using standard nursery techniques. I then conducted a test to see how rapidly the containers dried down by watering three containers full of each medium and then weighing them every few days to see how fast they dried. Finally, I tested to see how well they grew tomatoes (I used ‘Better Boy’). I grew three tomato plants in separate containers in each of the media. I added no fertilizer and measured the weight of the plants after seven weeks of growing. I also counted how many times I had to water the containers based on a simple finger test: I stuck my finger into the medium. If it was dry, I watered all of the containers that held that medium. If it was wet, I didn’t water. Here is what I found. 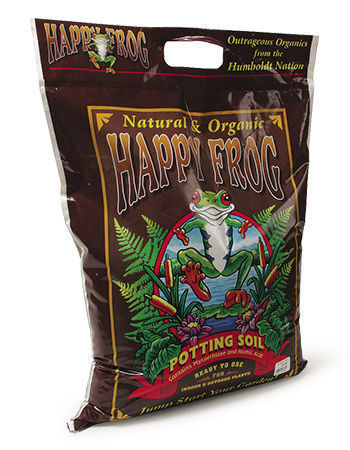 This product was the most coarse textured of the media we tested, holding the least water and providing excellent drainage. The tomato plants grown in this potting soil were the smallest, probably due to a lack of quickly available nutrients. The incorporation of bat guano into the mix is somewhat questionable because it is often not considered a renewable resource (depending on where and how it is mined). As with the Espoma medium, the addition of mycorrhizae is also dubious. 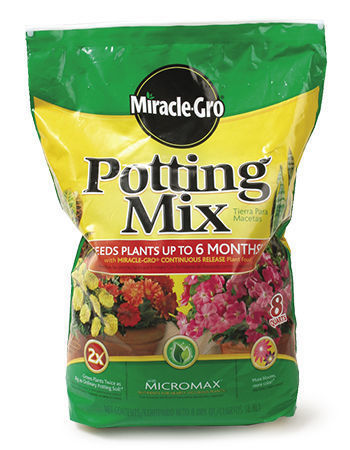 This item was the most typical potting medium that we tested, with a fine texture and a dark look. This potting mix was notable in that it was so average—and in potting mixes, that’s a good thing! It had good drainage and grew the tomatoes well. All things considered, this was probably the best all-around mix that we tested. 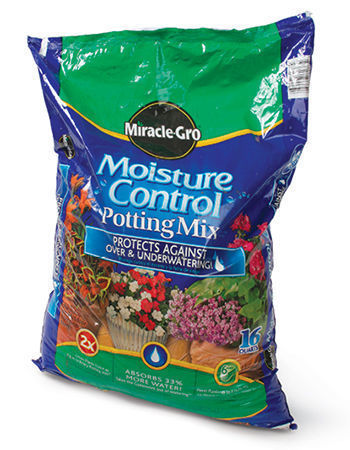 This product is a light, well-textured medium advertised as absorbing more water than other types of potting media, which helps control over- and underwatering. While this product had excellent porosity and water-holding capacity, it didn’t hold more water than the other media or dry down more slowly. We watered tomatoes planted in this medium as much as or more than the tomatoes in other mixes. But because plants grew larger, this extra watering isn’t surprising (larger plants mean that more water is transpired by the plant through its leaves). The toma­toes grown in this medium had blossom-end rot, usually a sign of calcium deficiency; a test confirmed a low concentration of calcium. Still, this product performed well, and I would expect it to be useful for any general growing purposes. 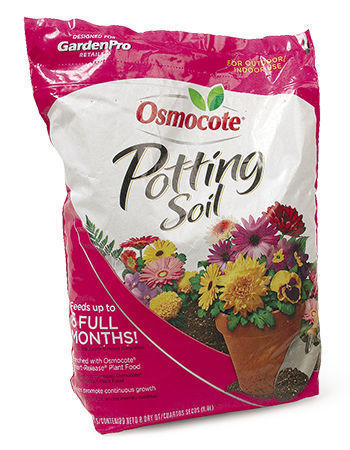 This medium performed surprisingly well. It was more fine textured and heavier than any of the other products—almost like soil. It held a lot of water while, surprisingly, still maintaining good aeration, and it dried down slowly. This product, however, contained weeds, such as pigweed and lamb’s-quarter, which sprouted in most of the containers; I’m hoping that these weeds were an anomaly and not representative of what is normally found in this medium.

Ingredients: The bag states that it is regionally formulated and included one or more of the following: forest-products compost, compost, sphagnum peat moss, perlite, a wetting agent, and fertilizer. 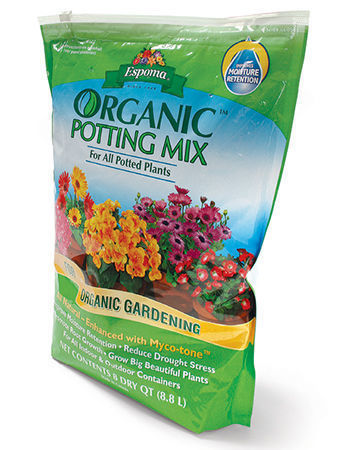 This medium performed well in the tests, with the exception that one of the tomatoes developed blossom-end rot; a nutrient test revealed a low concentration of calcium and a relatively low concentration of nitrogen. But the tomato plants performed well, indicating that the nitrogen was used effi­ciently. The addition of mycorrhizae is questionable because well-fertilized plants usually don’t need any extra mycorrhizae.

What are those ingredients?

Just because the bag says what’s in it doesn’t mean you understand what’s in it. Here are some helpful definitions.

This component is a common type of lime used when growing plants, and it includes both calcium and magnesium. It raises the pH of a potting mix.

This item is exactly what it sounds like: wood or bark from trees in a forest, usually well composted so that it doesn’t take up any nutrients (uncomposted wood can make certain nutrients, like nitrogen, unavailable for plants to use).

This ingredient is a mixture of acids that result from the degradation of organic material.

This is a somewhat redundant way of saying “peat.” Humus is stable organic matter (it won’t break down any further). As such, peat is a form of humus.

Peat, the major ingredient in most potting mixes, does not take up water right away; in fact, it repels it until it has been watered a few times. A wetting agent allows peat to take up water more rapidly.

Jeff Gillman is an instructor in the Department of Horticulture Technology at Central Piedmont Community College in Charlotte, North Carolina, and the author of several books, including The Truth About Organic Gardening.

Photos, except where noted: Brittany Carlson

This site is protected by reCAPTCHA and the Google Privacy Policy and Terms of Service apply.
See all newsletters
Previous: A Basic Potting Soil Recipe Next: Choosing the Right Soilless Potting Mix
X
View Comments