Tilling Is One Chore You Might Be Able to Skip

Turning the soil over each year is a millennium-old tradition that has been challenged only in the last half century. The major benefits attributed to the annual rite of tilling are that it aerates the soil; chops and kills weeds; and mixes in organic materials, fertilizers, and lime. Not to be downplayed are the psychological benefits of tillage. It induces a righteous-feeling sweat that makes a clean slate of last year’s mistakes. So is it any wonder that plants survive and thrive in the wild in the untilled soil of fields and forests? Not really.

The benefits are slim

One of the most common reasons people till the soil is to add air that we have squeezed out of it by tromping back and forth or rolling over it with our wheelbarrows, garden carts, and tractors. It’s true that soil needs air, but we don’t need a tiller to add it. In my vegetable and flower gardens—where I haven’t tilled the soil for more than two decades—I avoid compaction by limiting all traffic to permanently designated areas such stepping-stones among my flowers and paths around my vegetables. Each vegetable bed is only 3 feet wide so that I can reach in to plant, harvest, and weed with my feet firmly in the paths.

Another reason gardeners start up the rototiller is to get organic matter and fertilizers down into the soil where plants need them. But because most of a plant’s feeder roots lie in the surface layers, where biological activity and aeration is best, there is really no benefit to burying these materials deep within the ground. Instead, make those additions the same way nature does: by laying or sprinkling them on the surface.

Tilling is also supposed to kill weeds. This benefit, while real, is a smoke screen because, at the same time that existing weeds are killed, seeds buried within the soil are stirred awake. These weed seeds have lain dormant waiting for light and more air to awaken them, which is just what tilling the soil does—just as if weed seeds were being sown. I, along with many other gardeners, have dramatically reduced weed problems by merely abandoning tillage, an effect that studies by scientists at the U.S. Department of Agriculture have confirmed. Weeds are most easily and effectively done in by using mulches or a sharp hoe. Larger weeds, which should be few if hoeing is done regularly, are best yanked out of the soil, roots and all.

Nature can handle its own tilling 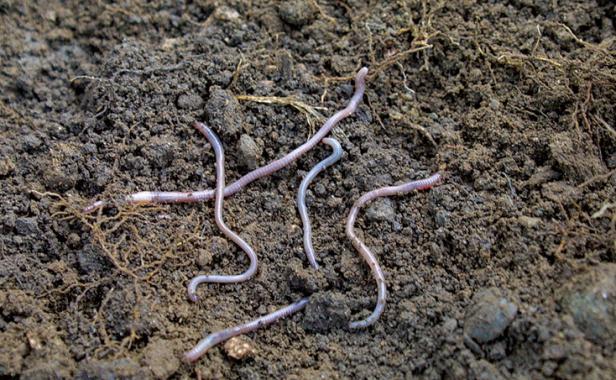 Even in the untilled garden, forest, and field, you might actually say that the soil gets “tilled” to some extent. The workers here are soil-dwelling creatures, especially earthworms. Charles Darwin, whose last book was The Formation of Vegetable Mould Through the Action of Worms, With Observations on Their Habits, determined that earthworms turn over the top 6 inches of soil every 20 years. Channels left by dead roots and alternate freezing and thawing further contribute to natural soil aeration.

Doing nothing can be the best practice

Leaving the soil undisturbed has some additional benefits. For one thing, you get to plant sooner in the spring. There is no need to wait for old garden plants and weeds that were tilled into the soil to decompose. Over time, undug soils also build up a permanent system of various-size pores and channels that can move water up, down, and sideways, thus leading to more efficient water use. Churning the soil disrupts earthworms, fungi, and other soil flora and fauna, as well.

Undug soils are also better able to maintain humus, that fraction of the soil with far-reaching benefits such as improved plant nutrition, disease resistance, soil aeration, and soil water-holding capacity. Humus forms from the remains of old plants and from our additions to the soil of compost, autumn leaves, wood chips, and other organic material. But tillage usually creates a situation akin to removing money from a bank faster than it’s put in: charging a soil with so much air that humus is burned up faster than plants can use it. Adding organic materials the way nature does—by laying them on the surface—replaces or augments soil organic matter, which slowly decomposes to release plant nutrients.

Sometimes tilling is the right thing to do

There is no need, however, to make a religion out of not tilling. It might be the best way to get some air into sticky clay soil or soil at a heavily compacted construction site, for example. In these cases, a one-time mixing in of an abundance of organic matter, such as sawdust or leaves, followed by a permanent designation of traffic areas do the soil the most good. A one-time tilling is also necessary when limestone or sulfur is needed for a quick change in soil acidity; both these materials move slowly through the soil, so maintenance applications can be merely sprinkled on the surface to work down over time.

Tillage can be a viable method of soil management. If you like this method, ameliorate some of the drawbacks by not always tilling to the same depth—which creates a hardened layer called a plowpan—by adding abundant organic materials regularly and by tilling no more than is absolutely necessary.

This site is protected by reCAPTCHA and the Google Privacy Policy and Terms of Service apply.
See all newsletters
Previous: How to Avoid Staking Plants Next: The Science Behind Plant Division
X
View Comments