Planting Plan for a Stylized Meadow

Plant IDs for a garden designed by Jay Sifford

In the article Designing a Stylized Meadow (Fine Gardening #209), garden designer Jay Sifford takes readers through the steps he used to turn a sloped front yard into a lush, naturalized garden in just a few short years. After purchasing a piece of property in the mountains of North Carolina, Jay soon discovered that the septic system for his yet-to-be-built home would need to be put in the front yard due to wetland restrictions. As a result, dozens of trees had to be removed. The challenge was a welcome one, as Jay had never owned a full-sun garden, even though he had designed several of them for clients over the years. It seemed that a meadow filled with plants with shallow root systems that would not grow into septic drain lines was the most appropriate and ecologically responsible way to proceed; however, Jay hesitated because many created meadows look messy.

Instead, he set out to build a landscape that was eye-catching and cohesive—something that was pleasing to the eye year-round. Additionally, he wanted a garden that was attractive to birds and pollinating insects. With lots of contemplation, Jay decided he wanted a “stylized meadow.” After laying out the plan for the garden, Jay dove into plant selection and placement. The following is a list of native and ornamental species that make up the bulk of the perennials, trees, and shrubs that have taken root in his garden. The array is a beautiful blend that looks good during all 12 months. 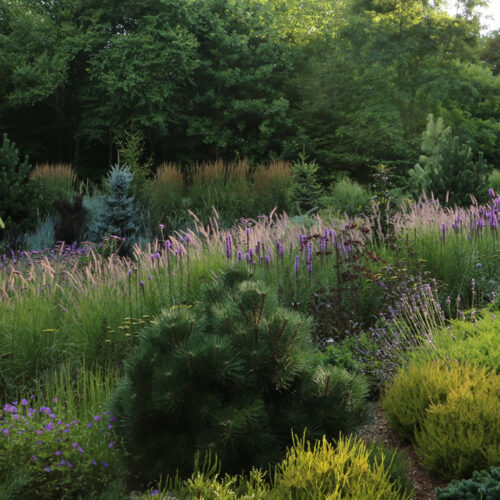 See a Video Tour of this Garden

Get a behind-the-scenes tour of a beautiful mountain landscape.

Learn more about the differences between a stylized meadow and a traditional meadow design. 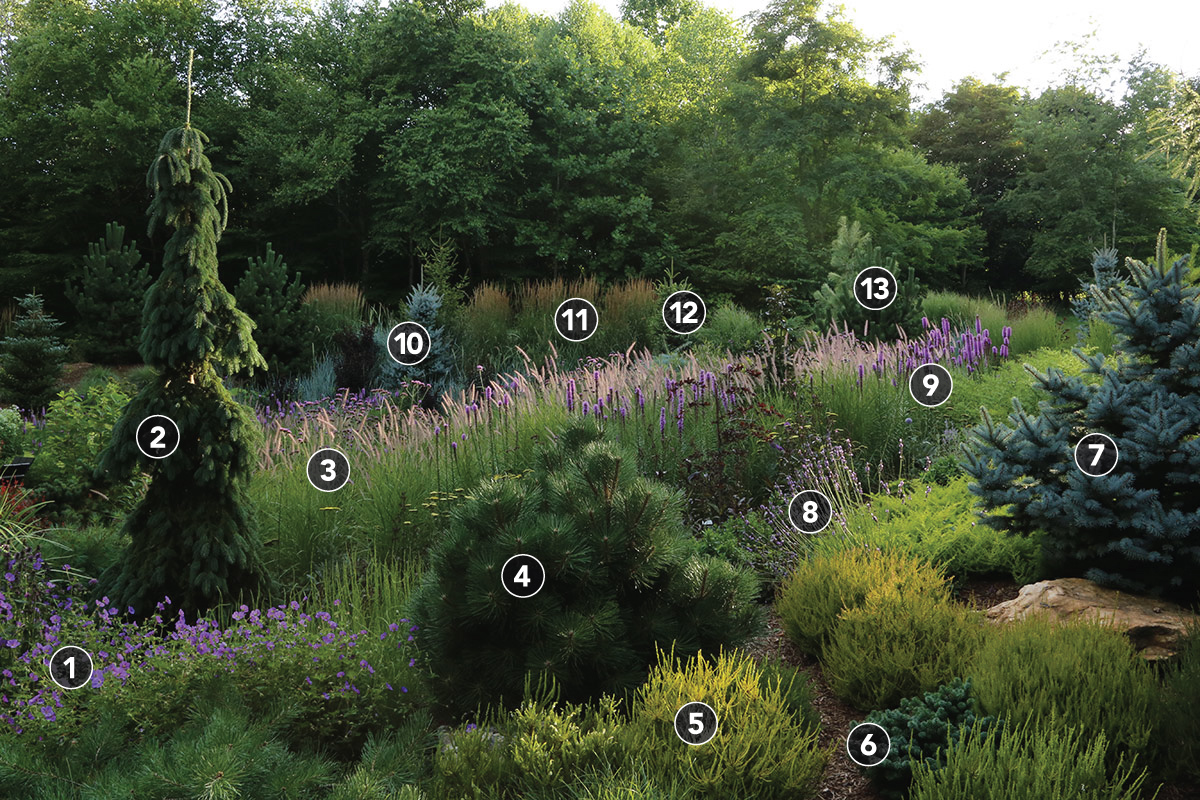 To see more of Jay’s garden, check out his Garden Photo of the Day submissions: