Many positive things can be said for planting a meadow garden. These naturalistic designs tend to be a bit wilder thanks to the use of native wildflowers and ornamental grasses, so they require less primping and preening throughout the year. And these designs tend to fill in quickly because of the plants used in them (i.e., perennials that are quick to multiply and bulk up). Also, meadow gardens attract scores of pollinators and birds because of those specific plant choices and how they are layered in a naturalistic fashion.

We may say that we garden for wildlife, but a garden by definition is stylized nature, crafted by and for people. Animals and insects are the willing beneficiaries of our efforts. Without a bit of order and structure, a space can appear chaotic and make visitors feel uneasy. For this ­reason, I chose to tweak my meadow garden design to make it friendlier and more soothing. Here are some differences between a traditional ­meadow garden and a stylized meadow garden. 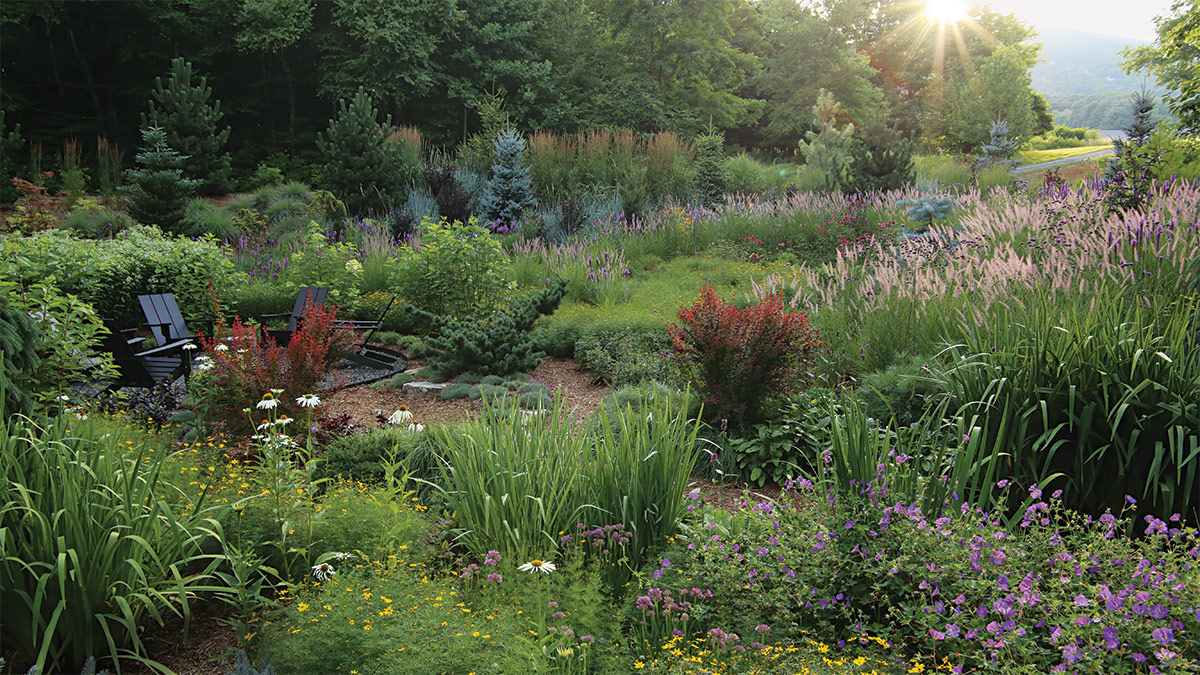 How to Design a Stylized Meadow Garden

Jay Sifford is an award-winning landscape designer in North Carolina.