10 of Our Favorite Showstopping Hosta Varieties

With thousands of different hosta varieties on the market and new ones popping up each year, the dazzlers sometimes get lost among the duds. But every now and then, I come across a hosta so spectacular that it literary stops me in my tracks.

If you’ve yet to jump on the crazy-over-hostas bandwagon, these 10 eye-catching cultivars might just change your mind. Each is a standout in its own right. And they come in all shapes, sizes, and colors. Despite their differences, however, they all have one thing in common: Not one of these hostas will fade into the shadows.

Hostas, which mostly thrive in Zones 3 to 9, are about as easygoing as they come, but that doesn’t mean that they are entirely without standards. If you want lust happy plants follow these guidelines:

Give them morning light

It’s a myth that hostas are shade loving; they are merely shade tolerant. Most hostas prefer three to four hours of morning rays, while some need up to six. Avoid, however, harsh afternoon sun, which will cause leaves to fade in color and brown around the edges.

I usually dig a hole twice as wide as the container and then mix compost into the excavated soil before spreading it around the plant.

A bed with good water retention is key. Hostas thrive in highly organic, moist, well-drained soil. Clay soil enhanced with compost works amazingly well due to its water-holding capacity. Sandy soil needs the most help because it leaches moisture quickly. To remedy that situation, simply add more organic matter; I swear by well-decomposed horse manure, but humus or household compost works, too. A thin 1- to 2-inch-deep layer of mulch will also help keep roots moist.

You can’t water hostas too often, assuming there’s proper drainage. Regularly give them a good morning soaking, striving for at least 1 inch of water per week.

Late summer is the best time to divide hostas. You can split miniature to medium-size hostas every four to five years. But I avoid dividing my large and giant hostas because they take up to six years to regain their domineering size. The only time hostas need dividing is when they begin showing signs of decline due to root competition.

‘Climax’ requires some patience, but it is well worth the wait. On average, this cultivar takes four years to become an attention grabber. As variegated hostas mature, the showy rim on their leaves widens; the gold edge of a young ‘Climax’ is only 1/4 inch thick, but after a few years, this edge expands to 1 inch. 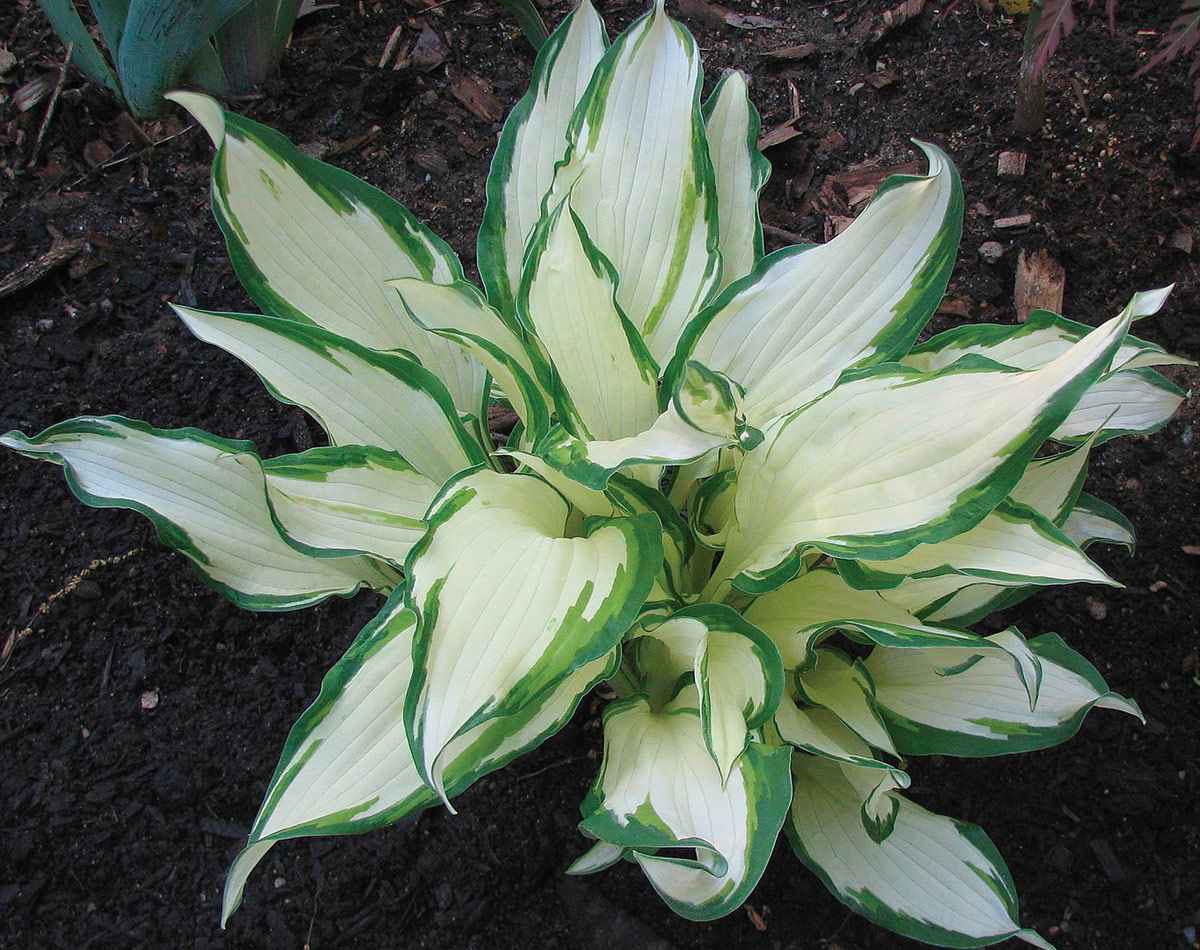 I once made the mistake of planting a ‘White Christmas’ hosta in full shade, and it shriveled up soon after. Because only the green portions of a leaf can photo­synthesize, white-foliage hostas require more sunlight than greener varieties. ‘White Christmas’ prefers a six-hour-long daily dose of morning rays and will slowly get greener as summer progresses. 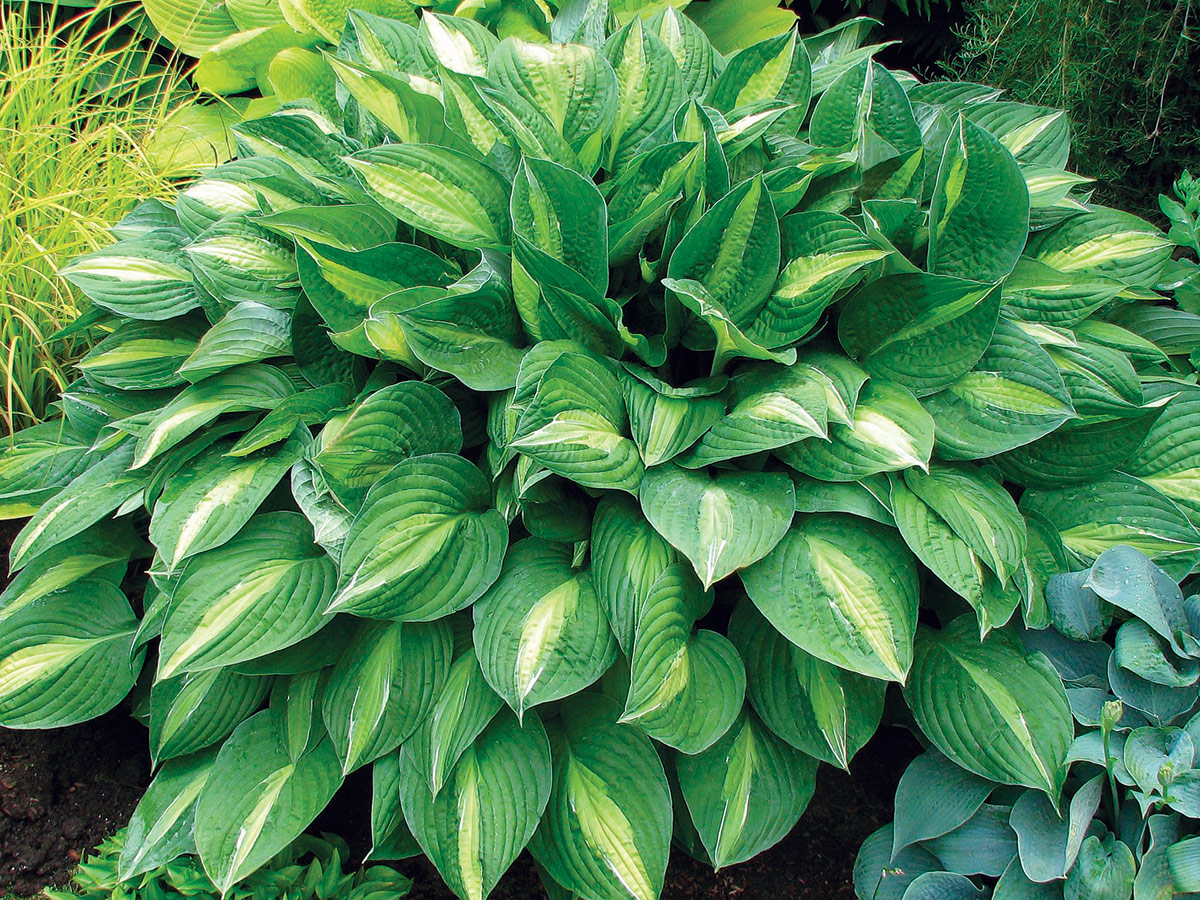 A unique leaf pattern sets this hosta apart. Named for the peeking white strip on its leaves, ‘Striptease’ is a fast grower with a sturdy shape and lavender flowers. This hosta tolerates heat better than most, making it an excellent choice for gardeners in USDA Hardiness Zone 9.

Hostas are just like people: the older they get, the more they wrinkle. ‘Dawn’s Early Light’ is no exception. Mature plants have heavily puckered leaves, which emerge a brilliant yellow in early spring and gradually turn lime green later in the season. 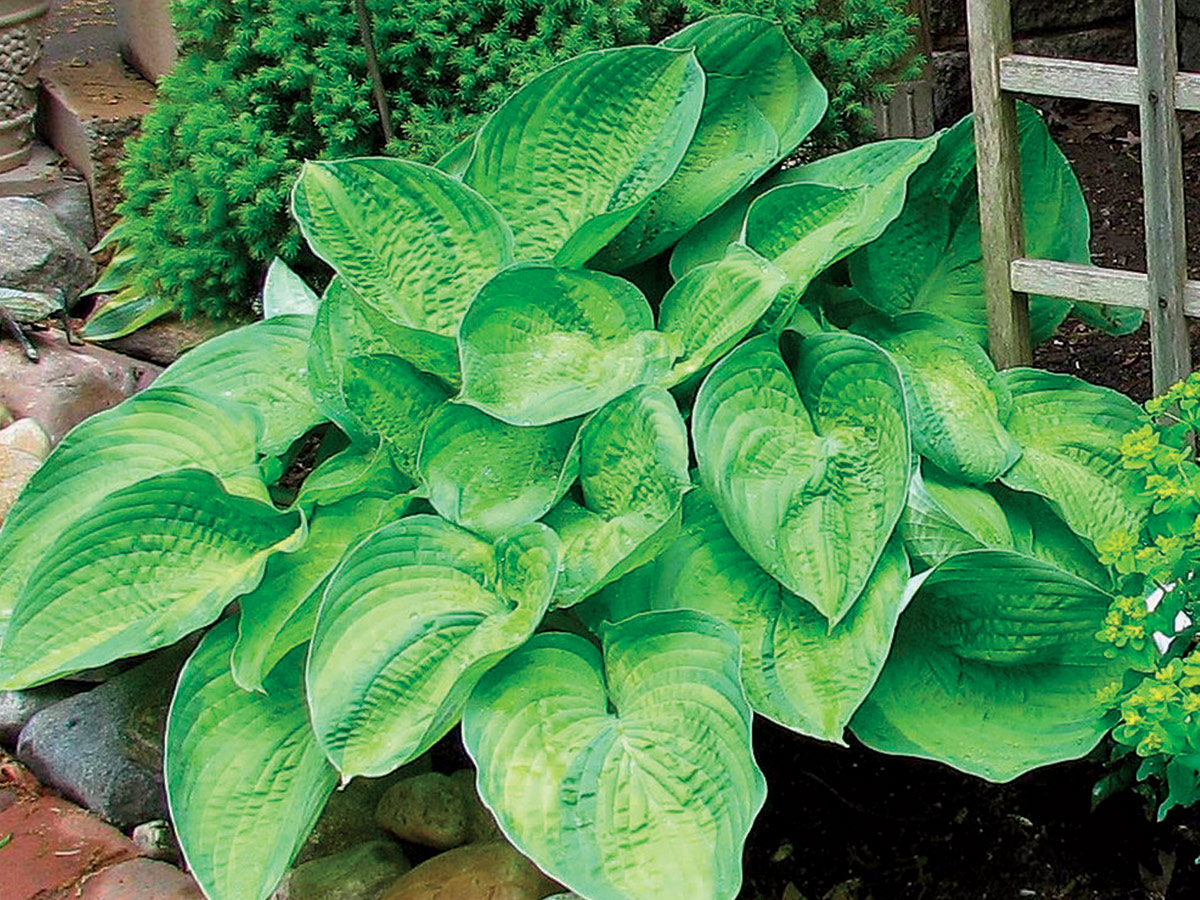 The once-elusive ‘Dick Ward’ hasn’t always been so affordable. Hosta enthusiasts used to pay top dollar for this award-winning plant. The sharp contrast of its puckered gold centers and dark green edges provides a spectacular show in late summer. For intense color, situate ‘Dick Ward’ in a spot that gets four to six hours of morning sun.

This just might be my favorite hosta because it never lacks luster. ‘First Frost’ emerges in early spring with crisp golden edges that fade to a snowy white soon after the first of July. With its sturdy shape and pest resistance, this beauty makes a reliable centerpiece in a bed and even holds up to autumn’s first couple of frosts.

A relatively new hosta that’s quickly gaining popularity, ‘Orange Marmalade’ emerges in spring with bright yellow foliage trimmed in dark green. As the leaves mature, their centers take on a subtle orange tint. To keep the dramatic color going until fall, give this sun-tolerant hosta four to six hours of morning rays daily.

Named “Hosta of the Year” in 2011 by the American Hosta Grower’s Association, ‘Praying Hands’ sports one-of-a-kind twisted leaves with skinny cream-colored rims. This hosta’s vertical shape means that the plant works exceptionally well in containers or plants in beds with miniature hostas at its feet. 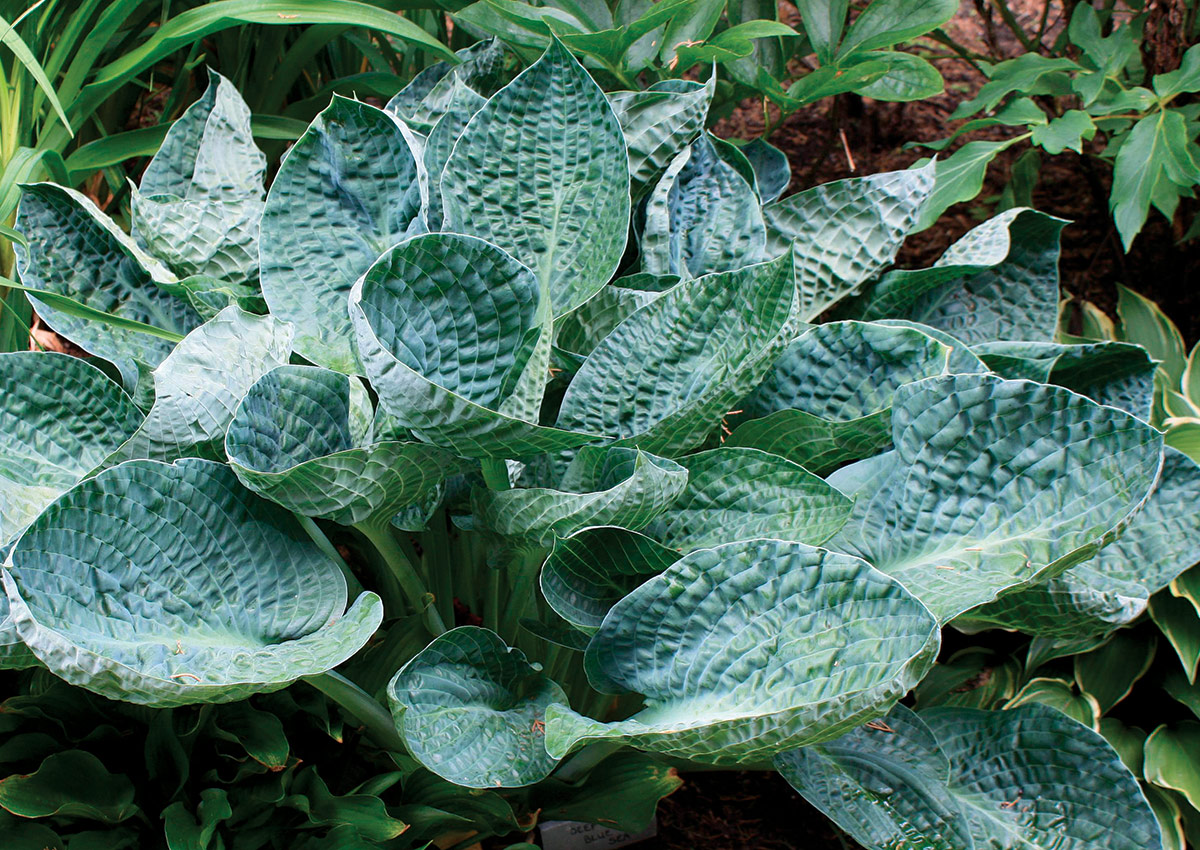 ‘Deep Blue Sea’ is the hottest item at my nursery in late summer, chiefly because it’s the only blue hosta that is still blue. Many blue hostas turn green as the growing season progresses because the wax coating responsible for their blue color wears off. But ‘Deep Blue Sea’ stays blue all season thanks to those glorious deeply puckered, cupped leaves.

—John O’Brien is the owner of O’Brien Nurserymen, which sells more than 1,100 hosta varieties, in Granby, Connecticut.

Photos, except where noted: courtesy of Kathie Sisson