Design Theory: How Many Plants Do You Need?

Picture yourself at the garden center salivating in front of that hot new perennial or the hard-to-find shrub you’ve coveted for the last few years. You know you’re going to give in and buy it, so the real question is, Exactly how many do you need? When deciding the number of plants to use in a composition, you can saunter a garden path between rigid theory and emotional abandon. Though most design courses drill into students the dictum of planting in threes and fives, there are ways to successfully incorporate other numbers of plants as well. Learning how to use each number gives you the tools to forge a well-designed garden. It will also give you the confidence to sometimes fudge the rules to suit your project or budget, or to simply satisfy a craving.

Learn more theory: How to Use a Color Wheel to Design a Garden

Success lies in identifying your design goals and using the correct number of plants to meet those goals. Think of each plant as part of an overall composition, considering its form, its weight, and its relationship to the surrounding plants and architecture. Evaluating your site’s conditions will also help you to choose appropriate plants and to decide how many of each to include.

The following guidelines for selecting the ideal number of plants for various situations reflect the conventional wisdom I learned by studying landscape design as well as insights I’ve gained designing gardens over the last six years. Once you become familiar with the concepts underlying these guidelines, you’ll likely find that the decision-making process about how many plants to buy becomes second nature. As you play with the numbers, just remember that if the design of your garden is not adding up the way you imagined, you can always get a shovel and shift a few plants until the whole picture is greater than the sum of its parts.

Contrary to its popular musical identity, one is not the loneliest number but rather the ultimate prime number. Unless you have a specimen garden composed of one of everything (a recipe for disaster except under the most skilled eyes and hands), one plant will read as either a specimen or a unifier. If you’re going to use a single plant as a specimen or focal point, be sure its qualities are strong enough that it can stand on its own. 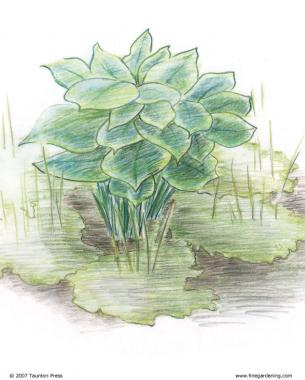 Like the guards at Buckingham Palace, the number two conveys formality. Two plants tend to divide your eye, so this number works best when used like sentries to mark both sides of an entrance or passageway. Trees and shrubs are easy to use in pairs, but perennials are more challenging. Some of the larger perennials and ornamental grasses work well in pairs, as do some annuals and tender perennials. 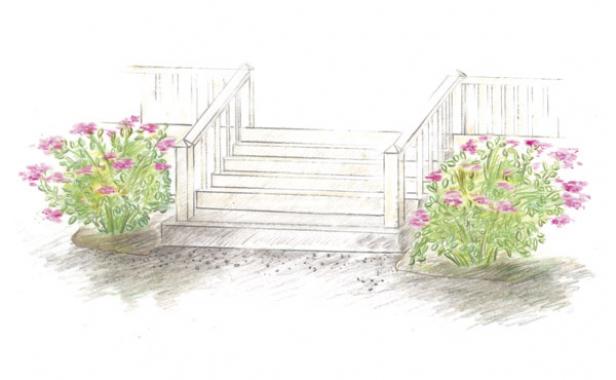 Though three can be tricky in human relationships, this number fits expertly in a landscape. The trick is in the arrangement. Three plants in a row is dull because you know what to expect. If you have enough space, group them in an equilateral triangle. This looks particularly good with mounding or vertical plants. Be sure to leave some space between the plants, especially if they are three different kinds. You can even use a garden ornament, like a birdbath, to count as the third item in a set of three.

Four can be divided in various ways. Avoid planting two and two, even on the sides of an entry, because it rarely works. It feels off-kilter, always calling for more to make it three and three. A good way to use four plants is by putting one in each quadrant of a circle or square, either planting four distinct specimens or repeating the same plant. Another device that works well is dividing 4 into 3 + 1, positioning three on one side of a path and one on the other. Because of their strong weight, this is especially effective with evergreens. 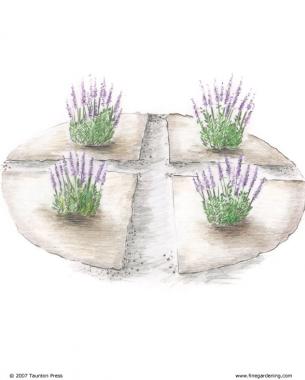 Five plants is pleasing to the eye

Five is a number that is used often in designs. A classic example of five is to set up two parallel rows with three in one row and two in the other. This works best in rectangular beds but can work in irregularly shaped beds too. That is not the only way to use five plants. I have found that positioning two plants on one side of a path and three on the other does not work (especially with mounding plants), but having four balanced by a fifth feels right. 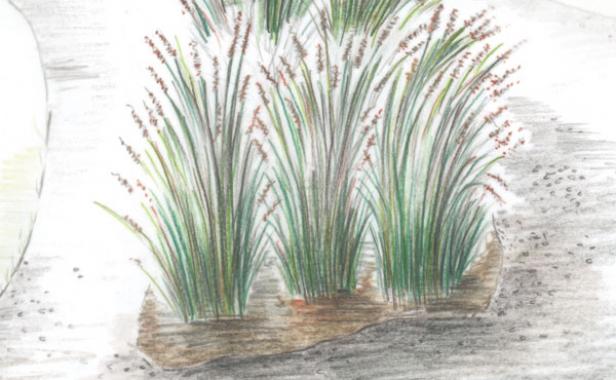 Six plants should be divided into two sets of three

Six works best when it is broken into two groups of three. You can either duplicate the arrangement of threes (in a staggered row or in a triangle) or position them to fill a corner. Dividing plants into groups of two and four doesn’t work because it is unbalanced, nor does a line of six specimens, because they will compete for attention. 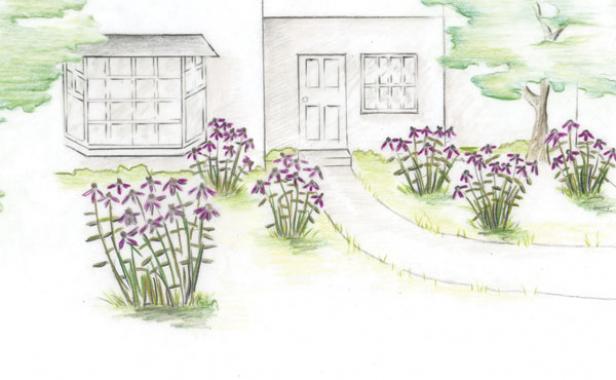 With seven plants, you achieve enough mass to start making a strong visual statement. Once you get as high as seven, you have some leeway to either plant in masses or plant the same plant in groups of 3 + 3 + 1. Avoid 3 + 4 because it feels unbalanced. Even numbers higher than seven can be divided into two sets of odd numbers, such as 12 divided into sets of 5 and 7. Odd numbers higher than seven can be separated into groups of odd numbers. For example, 3 + 3 + 3 = 9 works, but avoid breaking up an odd number of plants into an odd-numbered group and an even-numbered group, such as 5 + 4 = 9. At a certain threshold, roughly around a dozen depending on the type of plant, the eye can’t tell whether you have a mass of 12 or 13 plants. Once you reach a critical mass, you don’t need to worry about counting anymore. 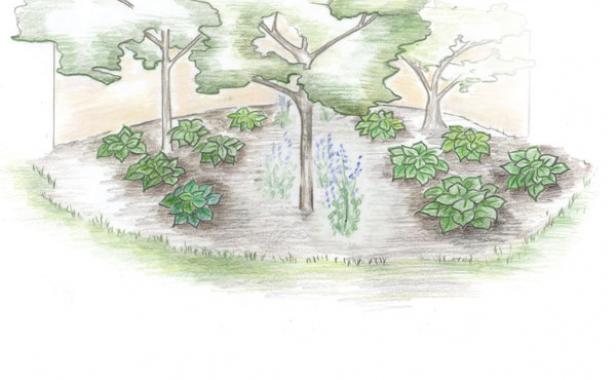 Previous: Plant Combinations That Work Next: A Front-Yard Garden That Fills in Fast
X
View Comments