Heirloom vegetables are renowned for many qualities, such as delicious flavors, vibrant colors, and productivity. Many of these characteristics have stood the test of time, delivering hardiness, superior flavor, and great yields each season. However, sometimes things like new diseases, smaller garden spaces, poor seed-saving selection, or erratic weather patterns can send gardeners looking for more-favorable results. Fortunately, there remains a dedicated cadre of heirloom enthusiasts and traditional plant breeders offering new open-pollinated varieties that may well become the heirlooms in your family’s future.

These new and improved, yet still traditional varieties, are put to the test by heirloom champions who work on farms, in home gardens, at independent seed companies, and through university programs. Here are some exciting “heirlooms of the future” to consider adding to your garden menu. 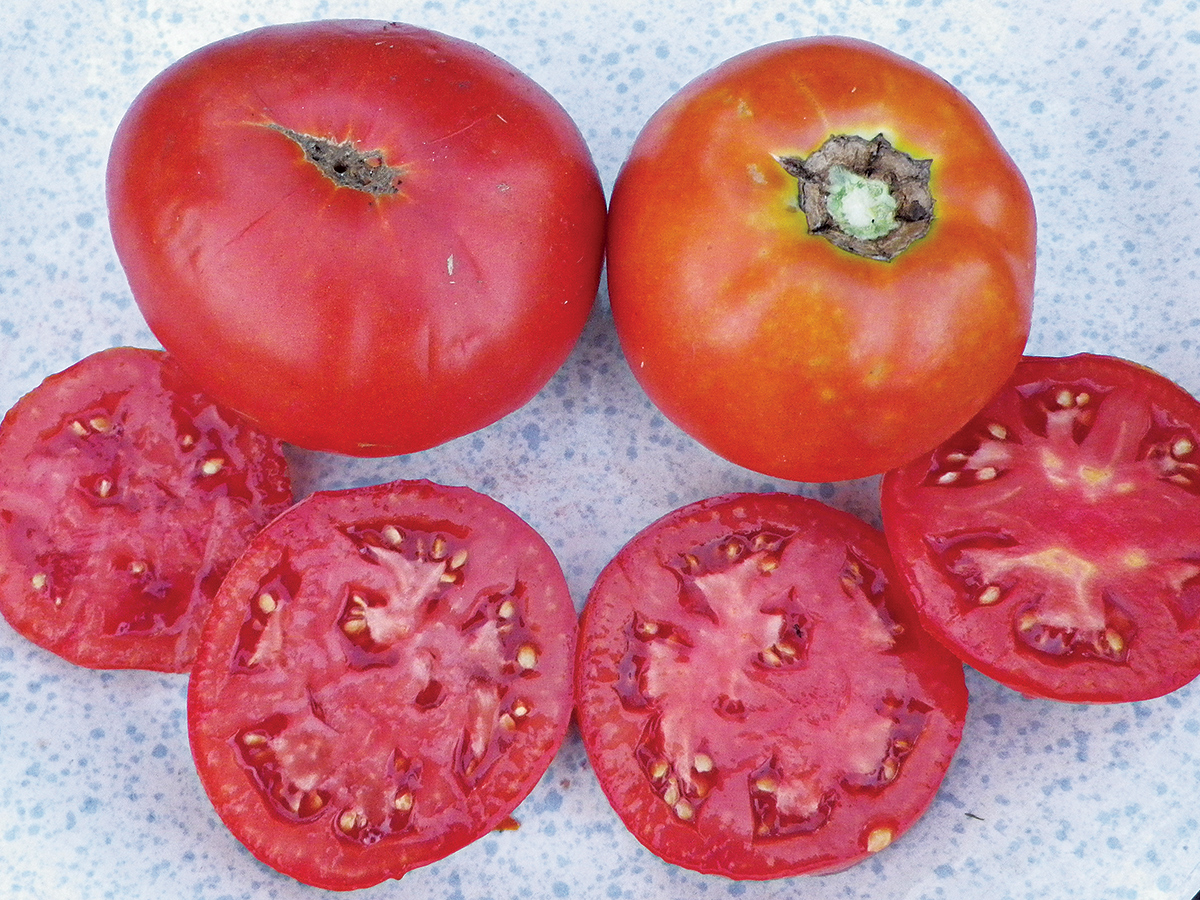 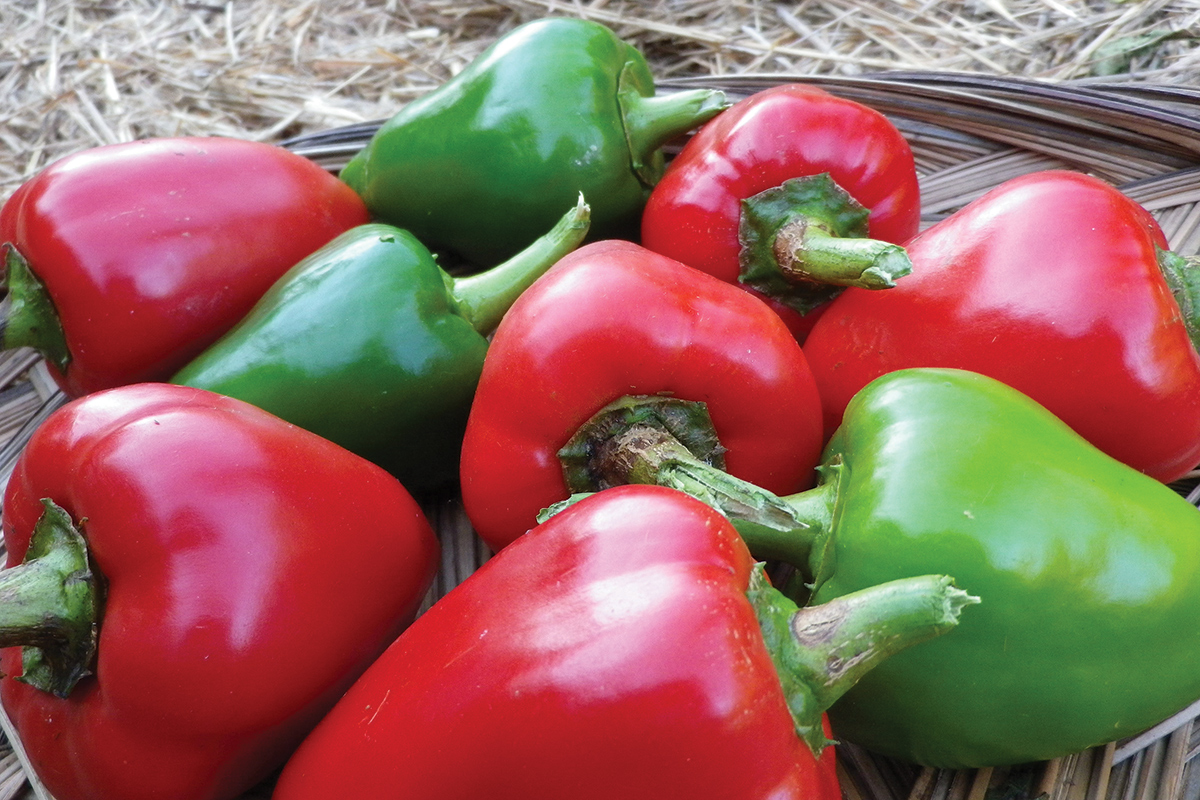 ‘Truhart-NR’ is a sweet, classic Southern pimento pepper with great taste and color. The flavorful, 2-inch by 3-inch heart-shaped fruit features thick flesh, which is good for roasting, for salads, and for eating out of hand. What’s also fantastic about this selection is that the plants are stronger, more upright, easier to harvest, and higher yielding than those of its predecessor. Developed by the USDA as a replacement for ‘Truhart Perfection’ (a long-standing pimento pepper favorite that’s highly susceptible to root-knot nematodes), ‘Truhart-NR’ is prized for its nematode resistance. Because nematodes are increasingly problematic for pepper plants, this variety is a godsend for gardeners—especially in the sandy southeastern coastal areas of the United States where pimentos are widely grown. 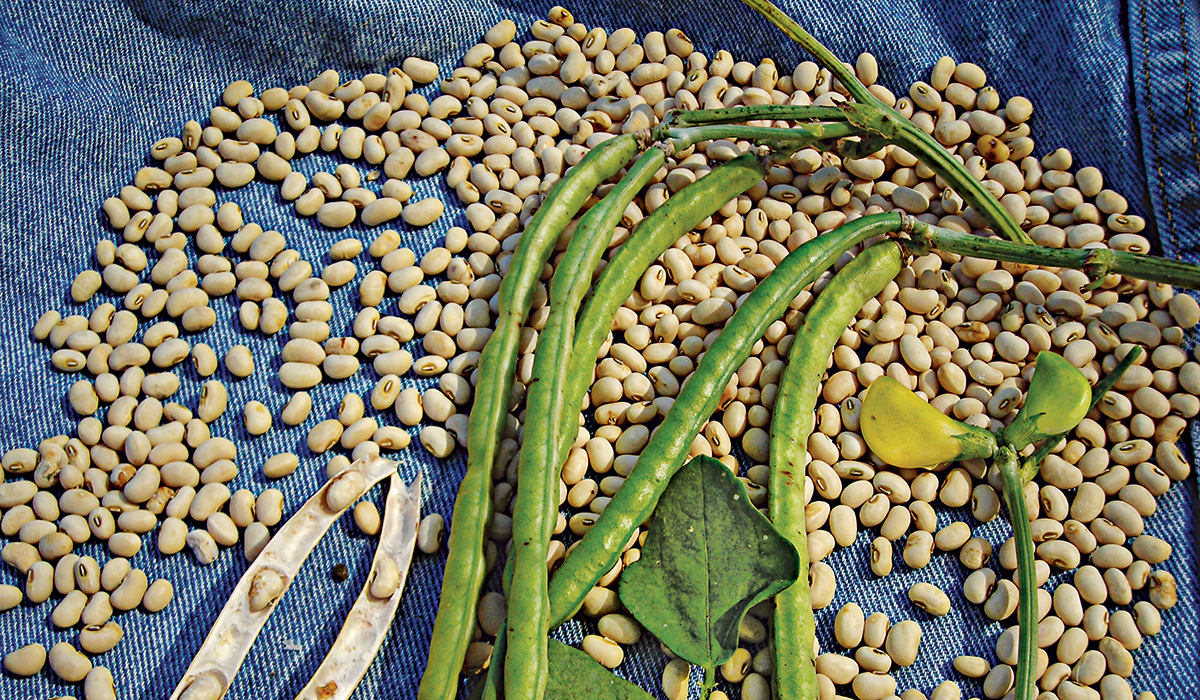 Planting: Direct-sow seeds in the garden 3 to 4 weeks after frost; thin seedlings to 4 inches apart

It’s hard to grow Southern peas to maturity in the cool, cloudy Northwest. Carol Deppe of the Open Source Seed Initiative (an organization trying to keep plant varieties readily available to the public and not rendered inaccessible due to plant patents) has helped fix that by breeding this small, white Southern pea that is fast to mature even in areas with cooler conditions. ‘Fast Lady Northern’ also does well in Southern summers—it’s a regular here in our Virginia garden. The smallish plants are suitable for containers. The 6- to 8-inch-long yellow pods are easy to harvest and shell. These small peas (also known as lady peas) cook quickly, even without presoaking. 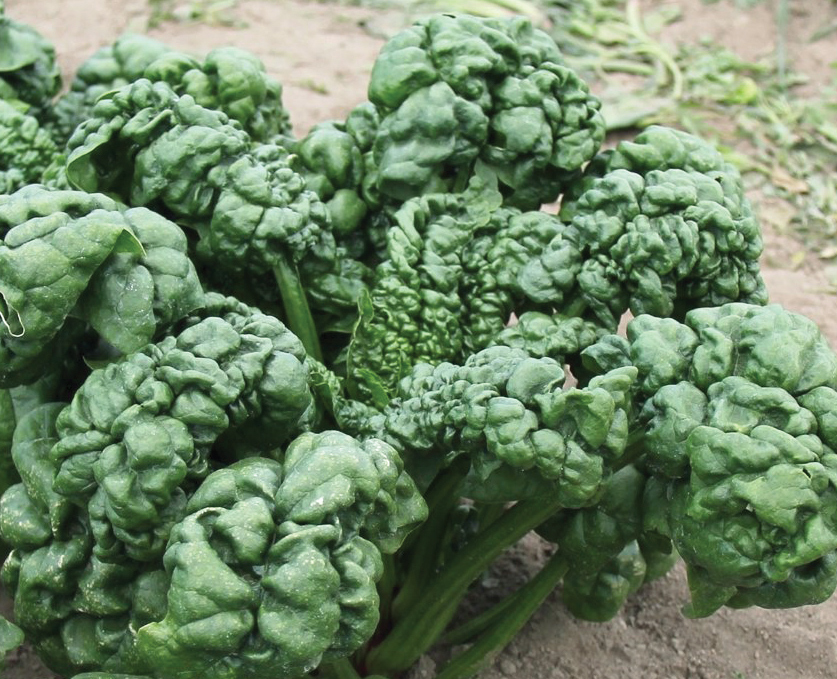 Planting: Direct-sow seeds in the garden during the cooler times of the year; thin seedlings to 6 to 10 inches apart

‘Bloomsdale’ spinaches have been around forever, and for good reason. They have great flavor, are fast growing, and have an easy-to-harvest, upright form. Some may ask, “Why mess with a good thing?” but ‘Abundant Bloomsdale’ is an excellent modern update with larger, darker, and more-savoyed leaves. A bonus for warm-weather gardeners is that it’s also more bolt resistant, which means you have spinach longer into the late spring. (You can also delay bolting by applying a heavy layer of mulch to keep the soil cool.) We have the Organic Seed Alliance to thank for this selection, which was developed specifically with home gardeners and small farmers in mind. 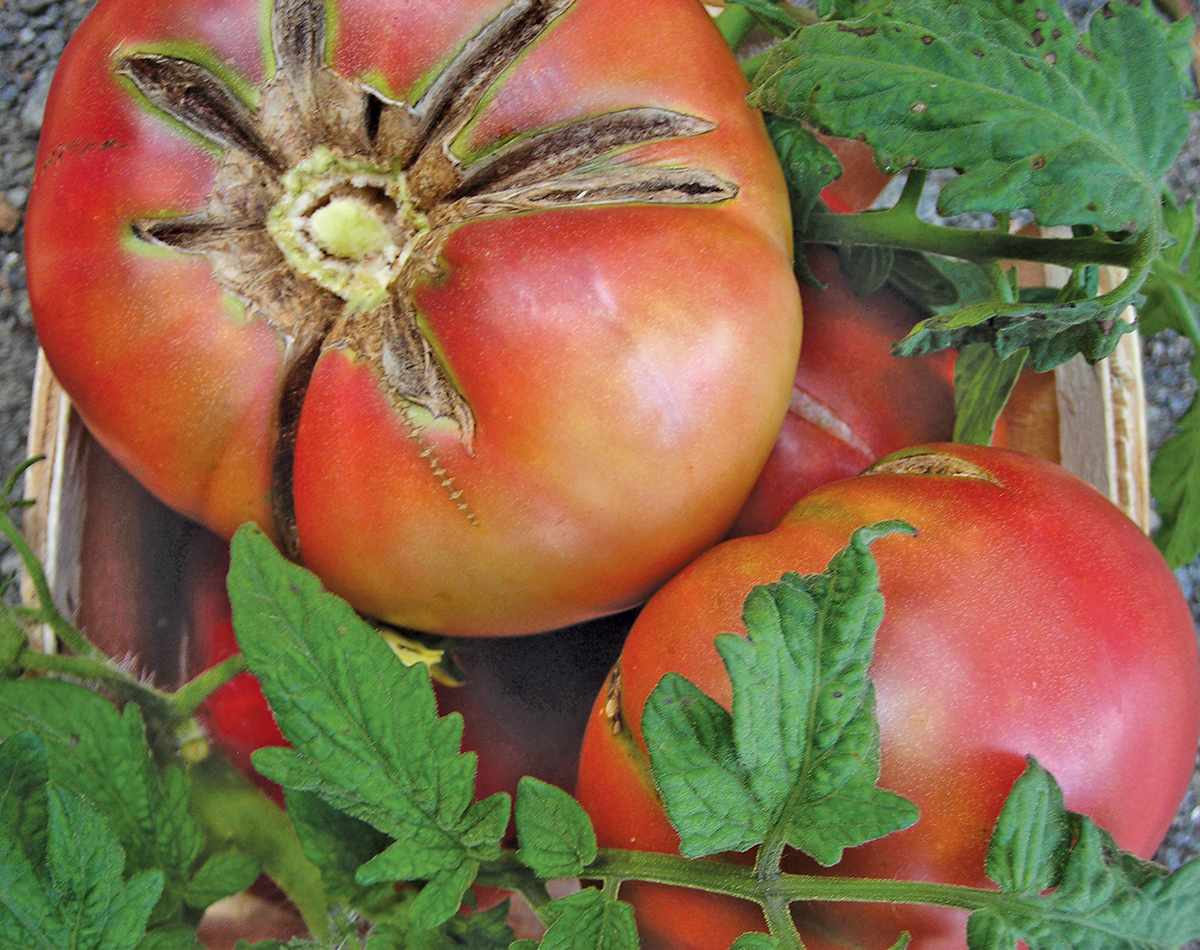 Thanks to the Dwarf Tomato Project, an international group of tomato enthusiasts devoted to breeding compact tomato plants with large and flavorful fruit, there’s a bonanza of tomato options that are perfect for containers and smaller gardens. A standout in this cohort is the indeterminate selection ‘Rosella Purple’. Its tasty (high sugar content) and relatively large fruit matures early. At 36 inches tall, this gem indeed delivers with a compact and easy-to-handle plant (no 6-foot-tall trellises or cages needed). ‘Rosella Purple’ is similar to the super popular ‘Cherokee Purple’ heirloom tomato, producing 4- to 5-inch-wide, purple-shouldered red fruit that looks just as beautiful on the vine as it does in a salad. 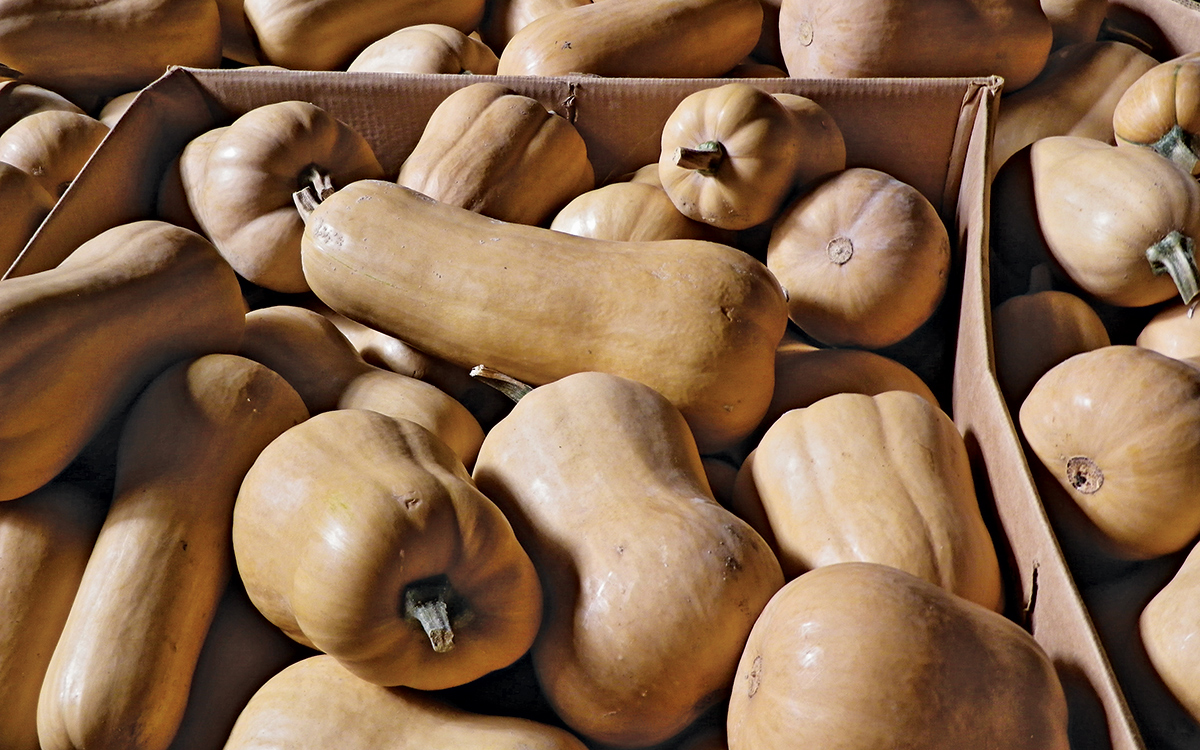 Planting: Direct-sow 6 to 8 seeds in hills spaced 4 to 6 feet apart

If downy mildew arrives early in the season, it can wipe out your winter squash varieties such as the popular butternut. ‘South Anna’ butternut squash is a new, downy-mildew-resistant variety bred by Edmund Frost of Common Wealth Seed Growers. He crossed the old favorite ‘Waltham’ butternut with ‘Seminole’ pumpkin and produced a squash with excellent downy mildew resistance, productivity, and keeping quality. It has a rich, sweet flavor, and 80% to 90% of the crop has the traditional butternut shape and color, making it a good choice for market gardeners.

‘NT’ half-runner bean is a great producer with tender hulls 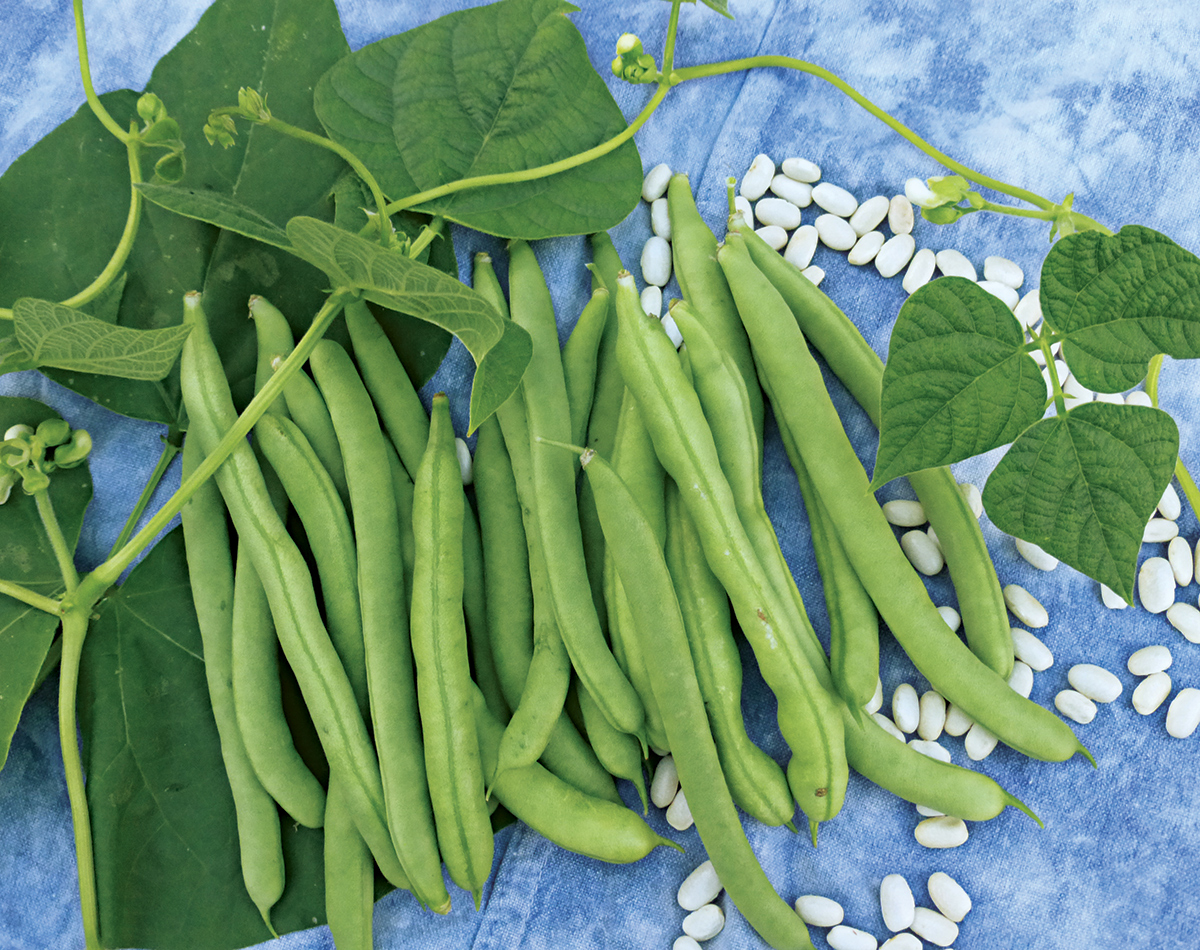 Planting: Direct-sow seeds in the garden after the danger of frost has passed; thin seedlings to 12 inches apart

‘NT’ stands for “Non-Tough.” Unlike recent commercial strains, the beans of this prolific selection remain tender even as they swell in the 4- to 6-inch-long pods— resulting in a longer harvest window than other tough-hulled half-runner beans. This attribute makes them good for “leather britches,” which are old-timey beans put up by drying slowly in an attic or high over a wood-stove. They’re harvested when the pods are still crisp and tender but the beans inside are substantial—easily providing you with one of your daily vegetable servings and a healthy portion of protein. “Half-runner” refers to a pole bean that doesn’t grow as tall as other traditional pole bean varieties. ‘NT’ half-runner was carefully reselected and introduced by Bill Best at the Sustainable Mountain Agriculture Center in Berea, Kentucky.

Planting: Direct-sow seeds in the garden after the danger of all frost has passed; thin seedlings to 8 to 10 inches apart

This may be the first new, open-pollinated sweet-corn variety released by a university in 100 years, since during that period institutional sweet corn breeding concentrated first on hybrids and then on GMOs. If you want to save your own sweet corn seed, take note: ‘Who Gets Kissed’ is an open-pollinated (OP) corn that has sugary-enhanced (se) genetics for modern sweetness, and vigor and disease resistance that rival hybrid corn. Its compact plants are 5 to 6 feet tall and have large, bicolored ears that ripen over a longer period than those of most heirloom sweet corns.

‘Who Gets Kissed’ was bred through a collaboration among the Organic Seed Alliance, Minnesota organic farmer Martin Diffley, and University of Wisconsin corn breeder Bill Tracy. And if you’re wondering where the name comes from, it’s said that long ago if someone husking corn found a red-colored ear, they could kiss anyone they liked in the room. So the name reminds us that corn (and other things we grow) used to be much more variable than the modern uniform varieties we’re used to these days.

How the “heirlooms of the future” are created

Humans have been breeding plants for thousands of years—choosing and replanting seeds from certain plants instead of others. This choosing of the best plants (selection)—whether for size, taste, disease resistance, or whatever—is basic plant breeding. And that’s how new, traditional-style, open-pollinated varieties (those pollinated by insect, bird, wind, or other natural mechanism) are still created today. Hybrid plant breeding (controlled pollination by human intervention) is similar but involves intentionally crossing different varieties. You can save seeds from a hybrid cross; however, unlike an open-pollinated variety, the resulting seeds won’t be true to either parent variety.

Why is breeding still needed?

People keep breeding new tomatoes, corn, and spinach, even though there are old-time varieties that are very good. This is because the interests and tastes of gardeners and farmers change. With changing tastes, smaller gardens and container growing, and more disease pressure, we need well-adapted, updated versions of old favorite varieties.

Who is doing the work? 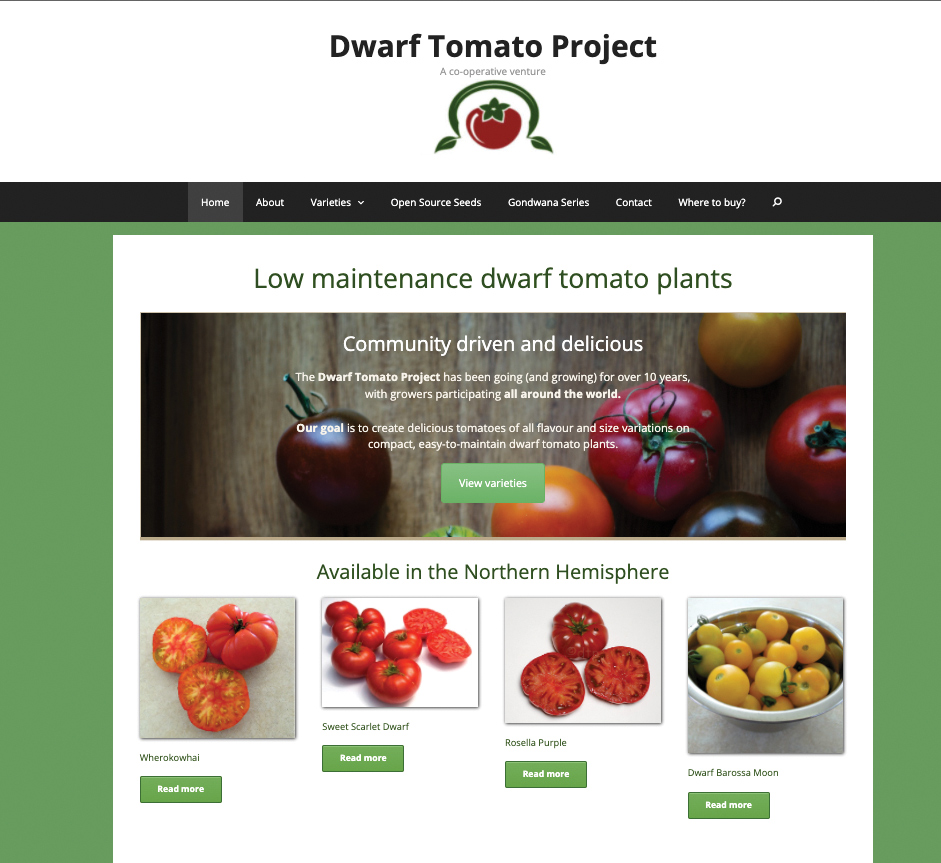 A great example is the all-volunteer, worldwide Dwarf Tomato Project. This 10-year collaboration is creating the chance for space-challenged gardeners to grow fabulous, tasty, traditional-style tomatoes on sturdy 2- to 4-foot-tall plants. They are even decorative, with thick, dark green, crinkly (rugose) foliage.

Another example is Richard Fery and Judy Theis of the Agricultural Research Service in Charleston, South Carolina, who developed the ‘Truhart-NR’ pimento pepper. Pimentos have been widely grown for decades, but nematode damage has become more challenging, especially for organic gardeners and farmers who don’t use expensive and destructive pesticides. This USDA-supported effort took the traditional ‘Truhart Perfection’ variety and gave it a boost of modern pest resistance through careful selection—a stellar instance of plant breeding at its best.

Get to Know Heirloom Tomatoes

The Best Heirloom Tomatoes in Town

Photos, except where noted: courtesy of Southern Exposure Seed Exchange