From seeds to beautiful flowers

Today we are visiting Hugh Locke’s garden in Shrub Oak, New York. Hugh’s Zone 6 garden has been showcased before (check it out here), but today’s photos are all annuals (plus a few biennials) that were grown from seed in 2021. He begins starting most seeds in February under lights in his garage, while a few are direct-sown in spring. Hugh has indicated below which flowers are completely resistant to the deer that wander through his unfenced garden. The other flowers are in pots on a large deck. While the deer can’t get there, Hugh calls this collection the “deer buffet.” You can also see his flower portrait series on Instagram. 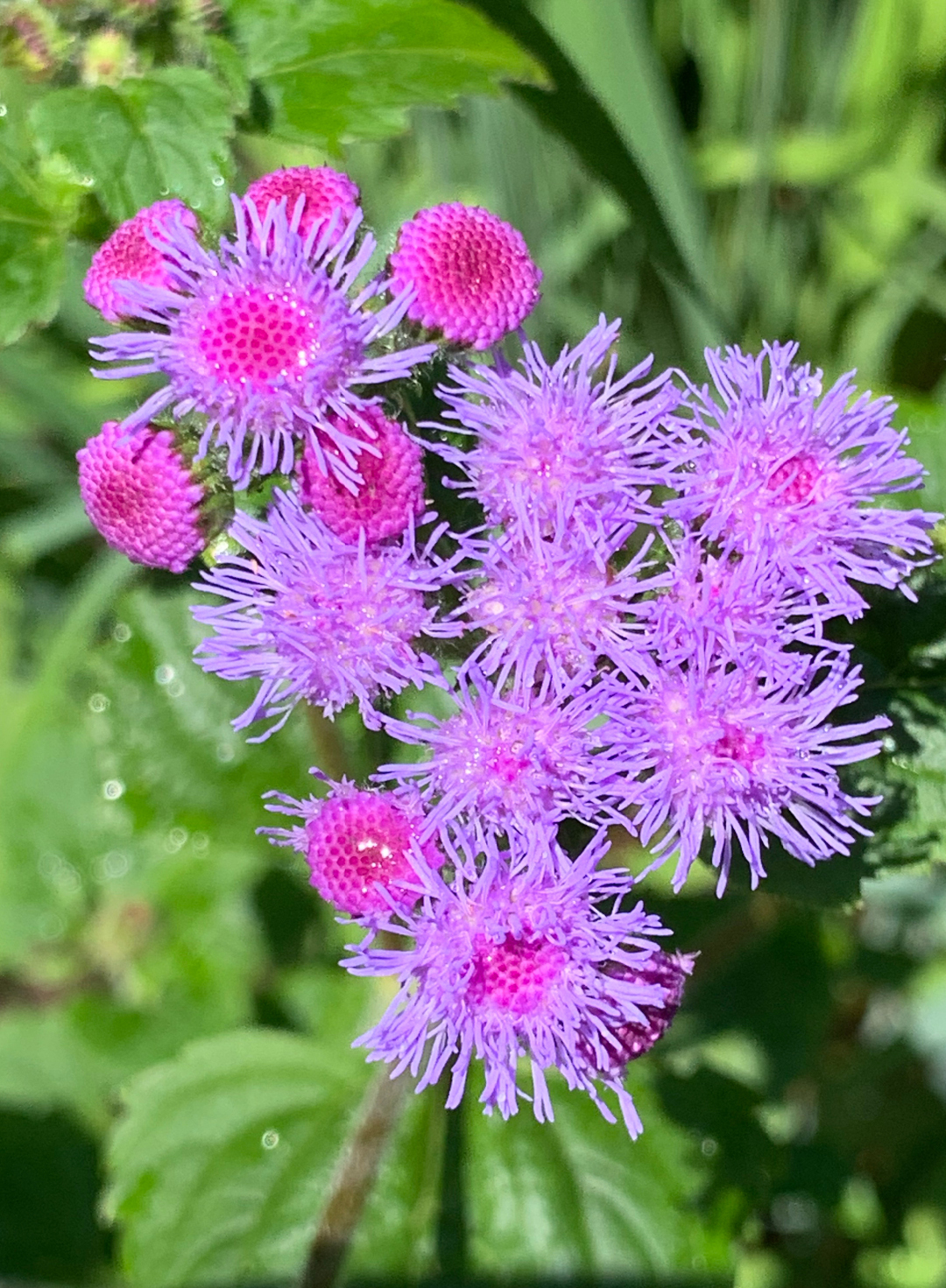 I like the transition of this deer-resistant ‘Timeless Mix’ ageratum (Ageratum houstonianum) from a pink bud to a lavender open bloom. 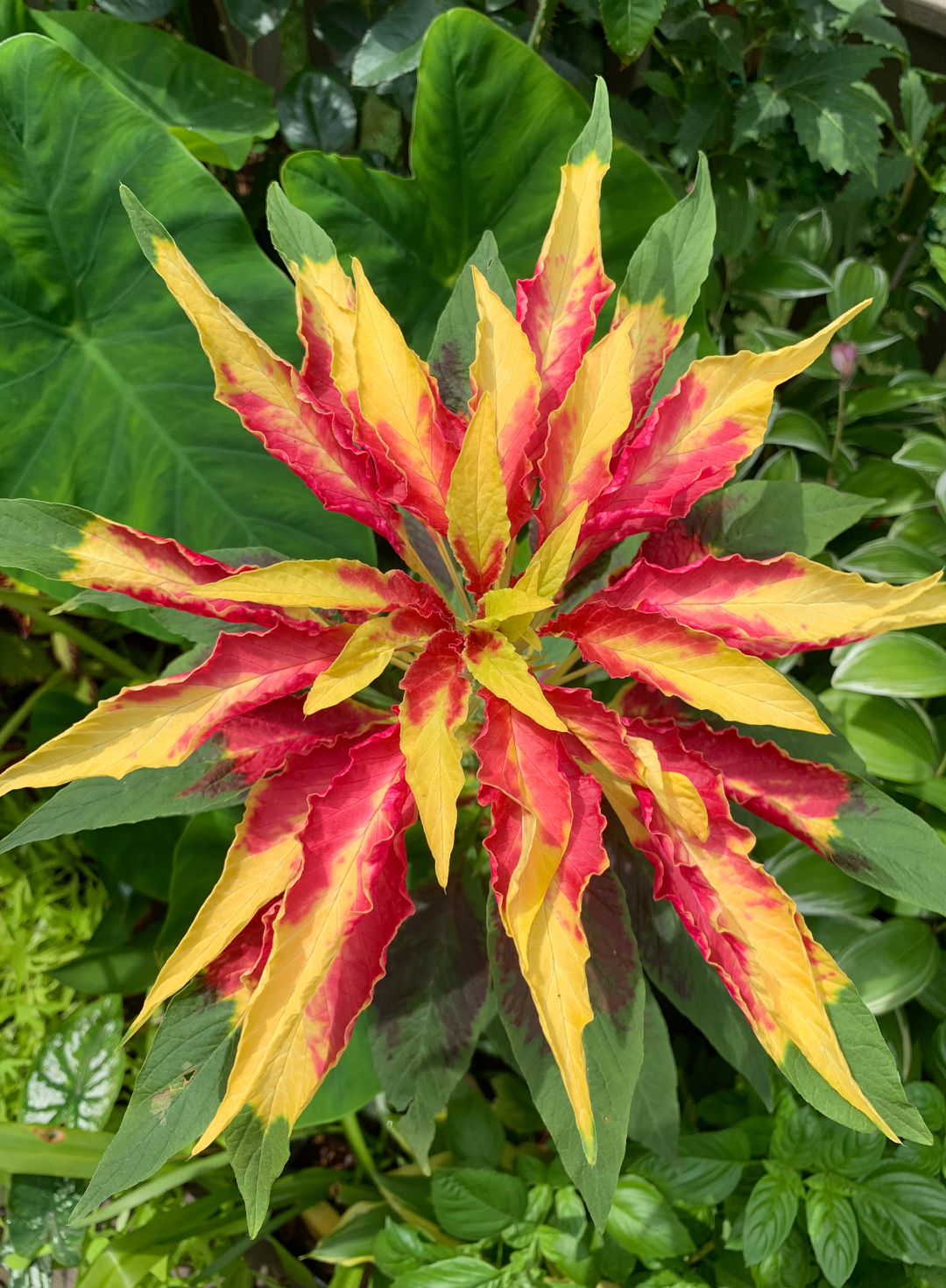 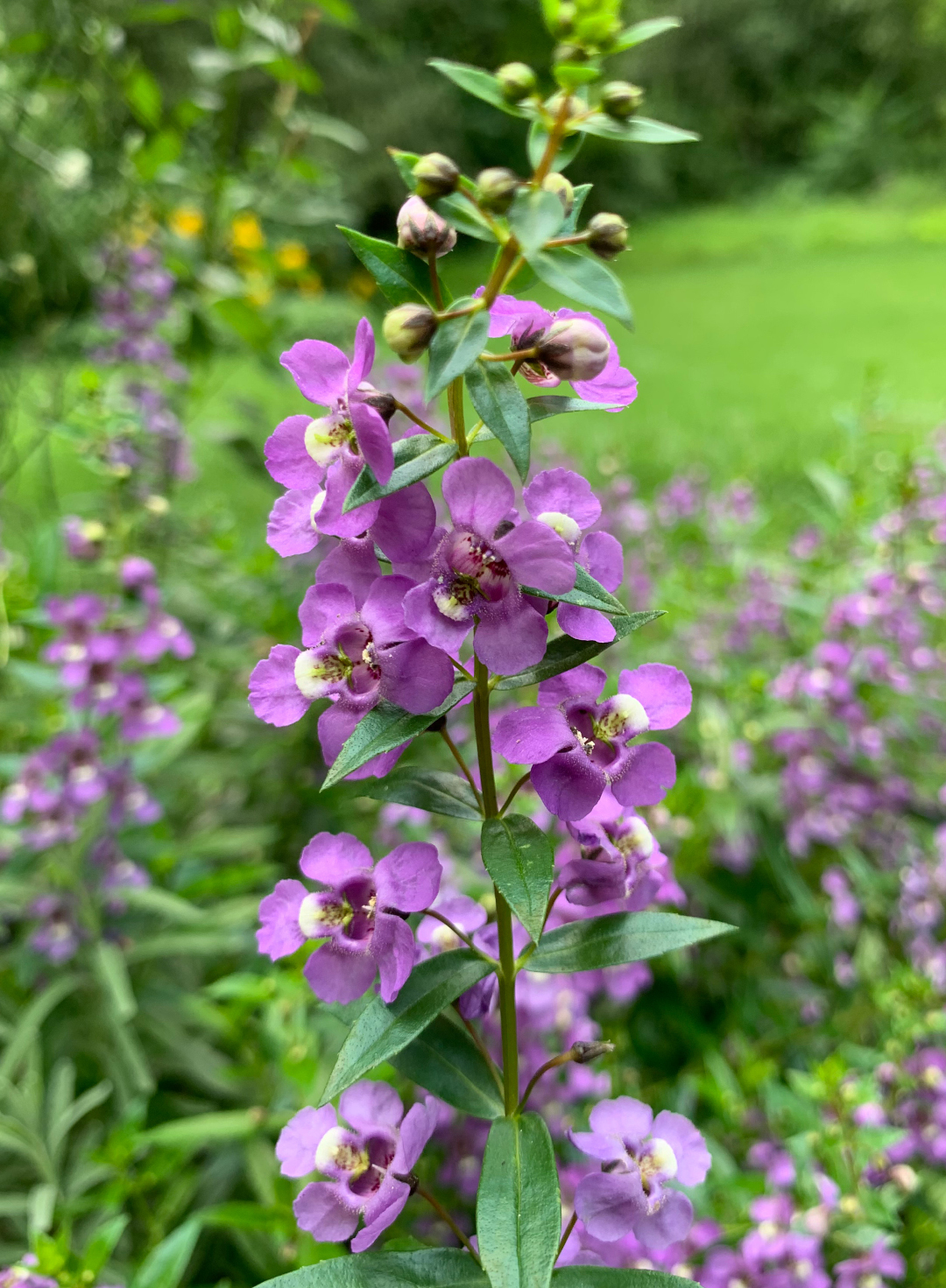 Angelonia (Angelonia angustifolia) is in constant bloom from summer up to frost. Although not related to snapdragons, it is sometimes called summer snapdragon. Deer resistant. 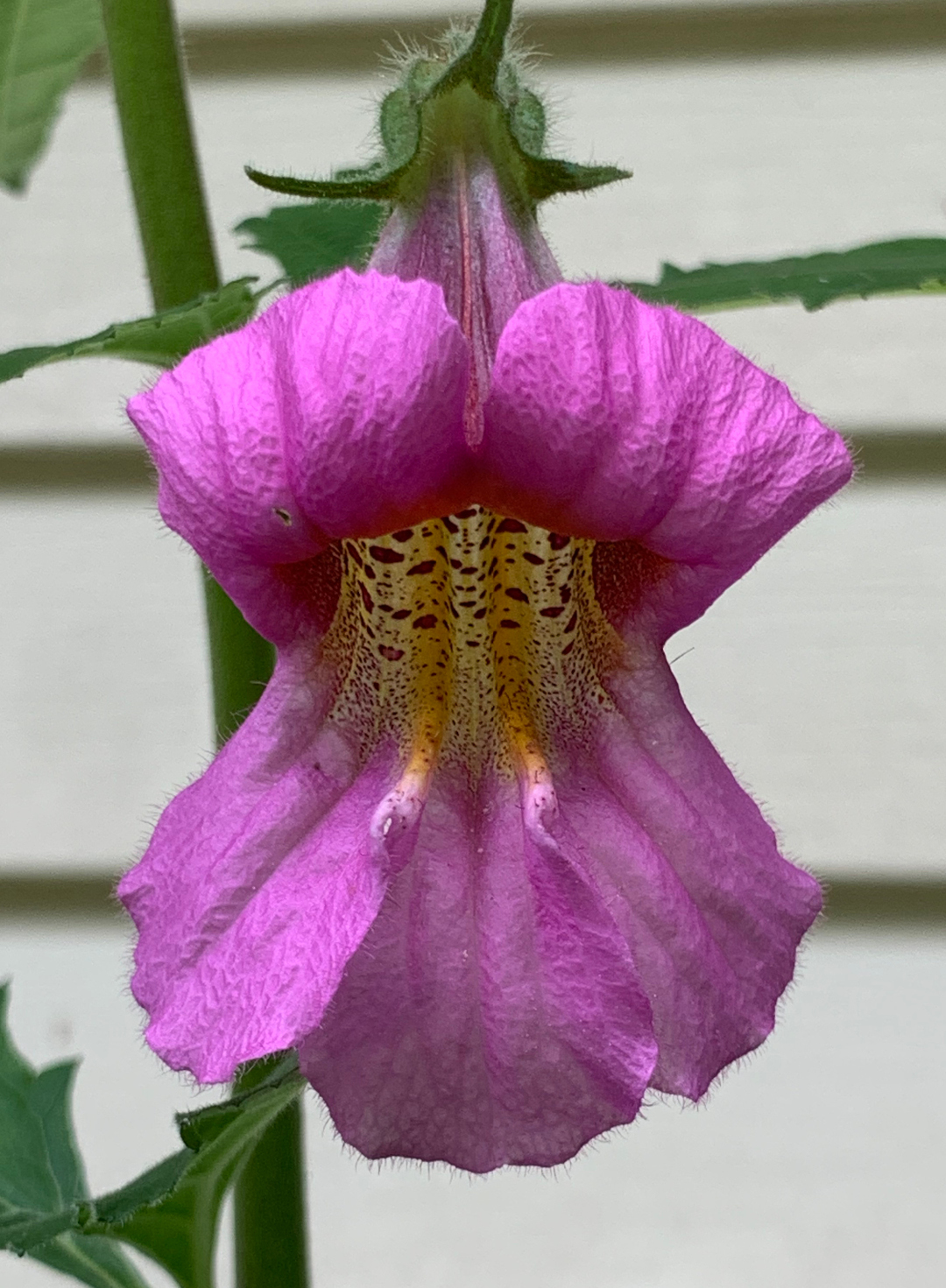 Chinese foxglove (Rihmannia angulata) is indeed from China, where the dried root is a widely used herbal remedy, but is not actually a true foxglove, even though the flowers are similar. 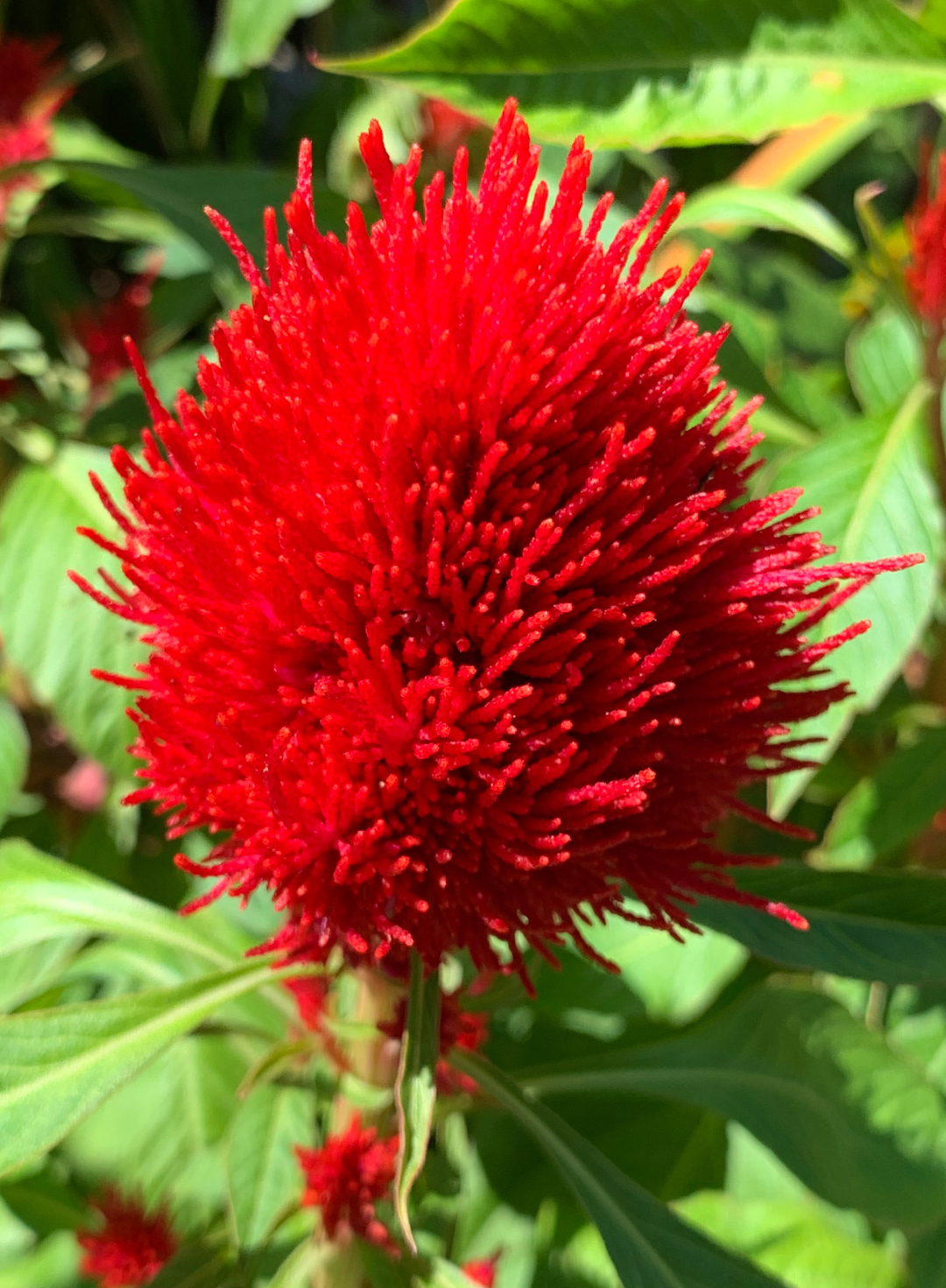 The Chinese wool flower (Celosia argentea) was nearly extinct, but thankfully this show-stopper is back. I grew it for the first time in 2021, and it will now be a recurring feature in my garden. 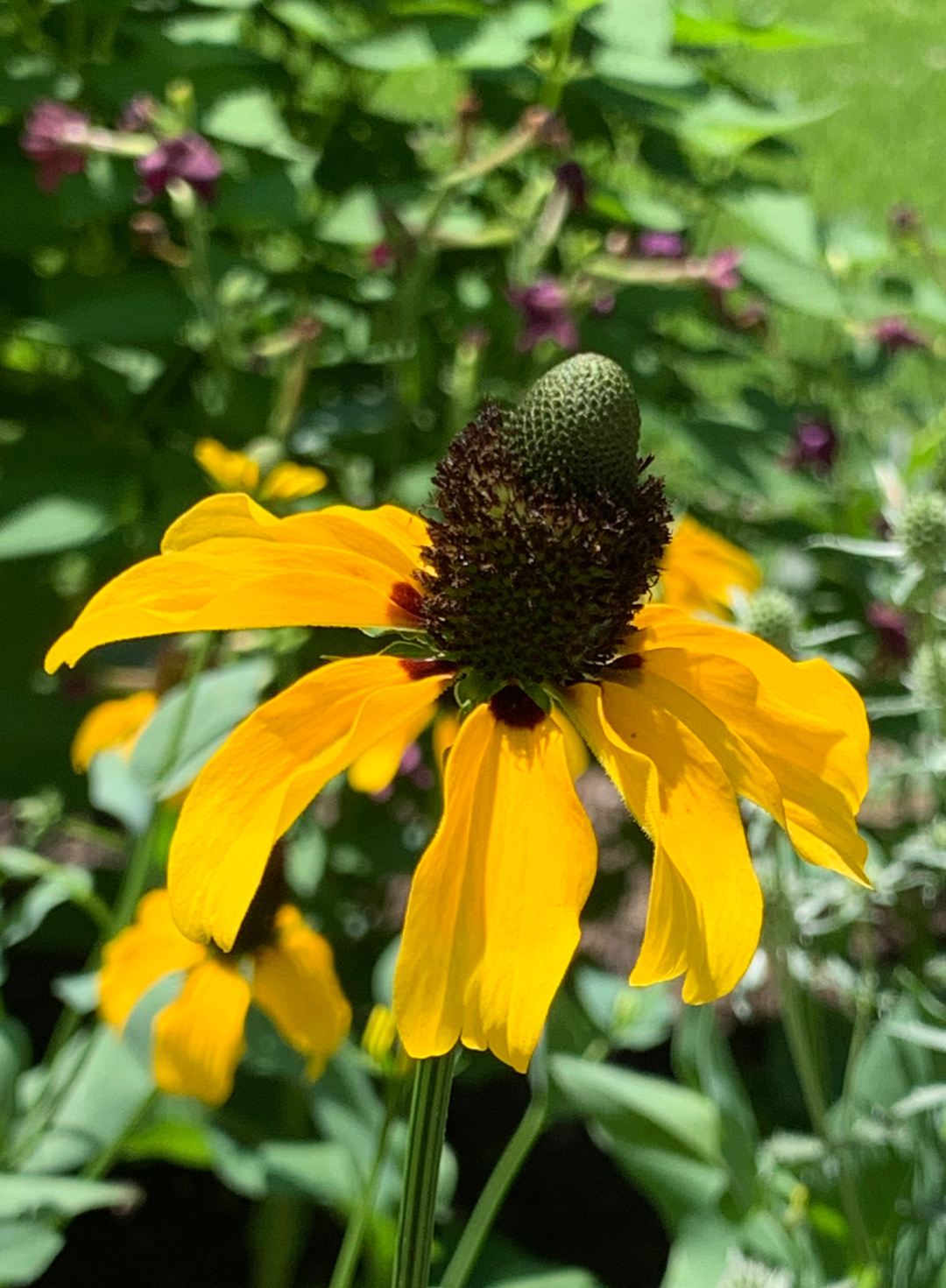 This clasping coneflower (Rudbeckia amplexicaulis) is so named because the lower leaves seem to clasp the stem. That seems to be a rather prosaic way to refer to this profusely flowering knockout. Deer resistant. 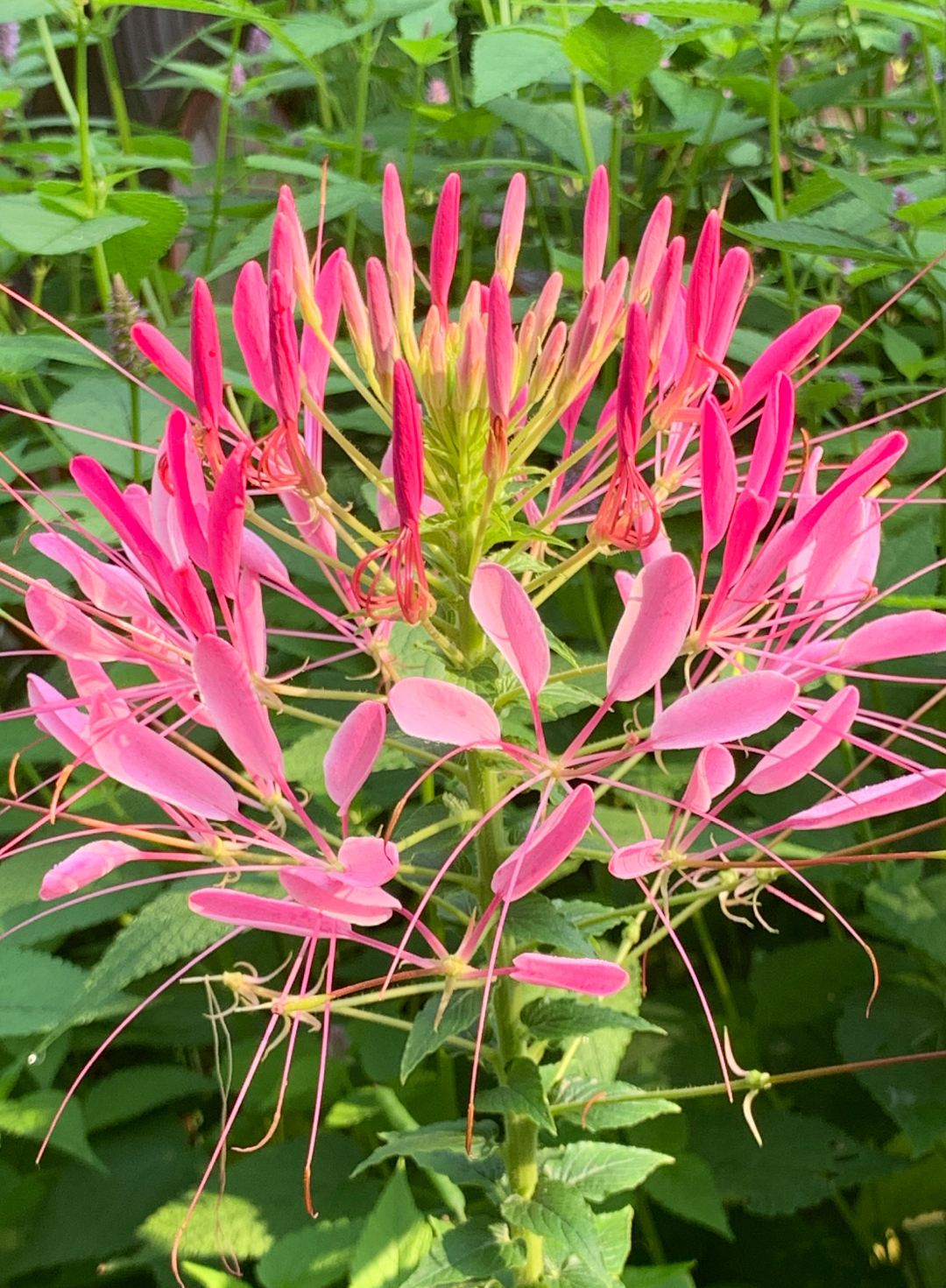 The ‘Rose Queen’ cleome (Cleome hassleriana) has one of the longest-lasting blooms in the garden, as the flowers continue to open and the spent blooms turn into “spiders.” Deer resistant. 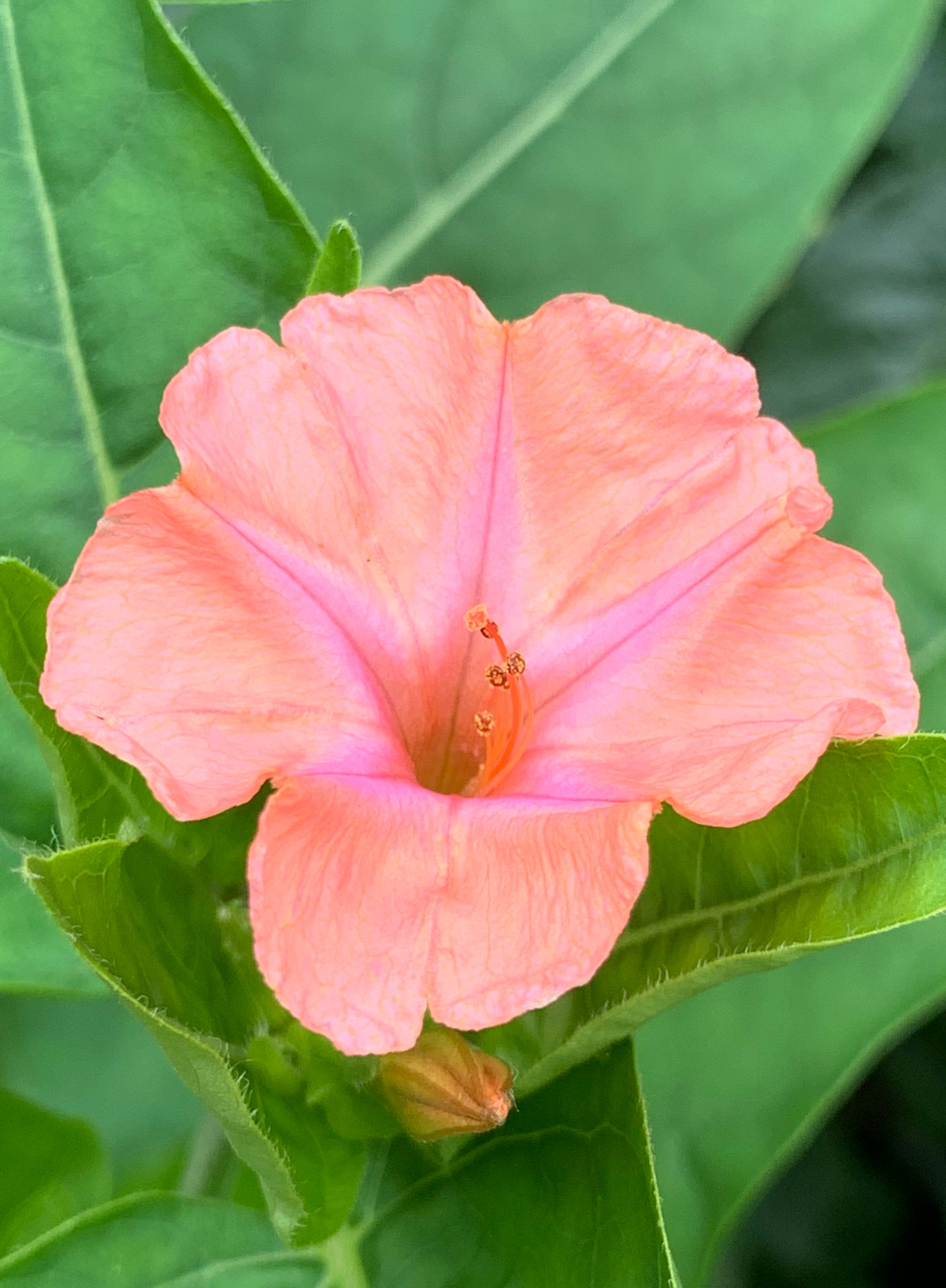 The ‘Salmon Sunset’ four o’clock (Mirabilis jalapa) is so named because it opens late in the afternoon and lasts until the following morning. Technically it has no petals, and what you see is partially fused sepals. 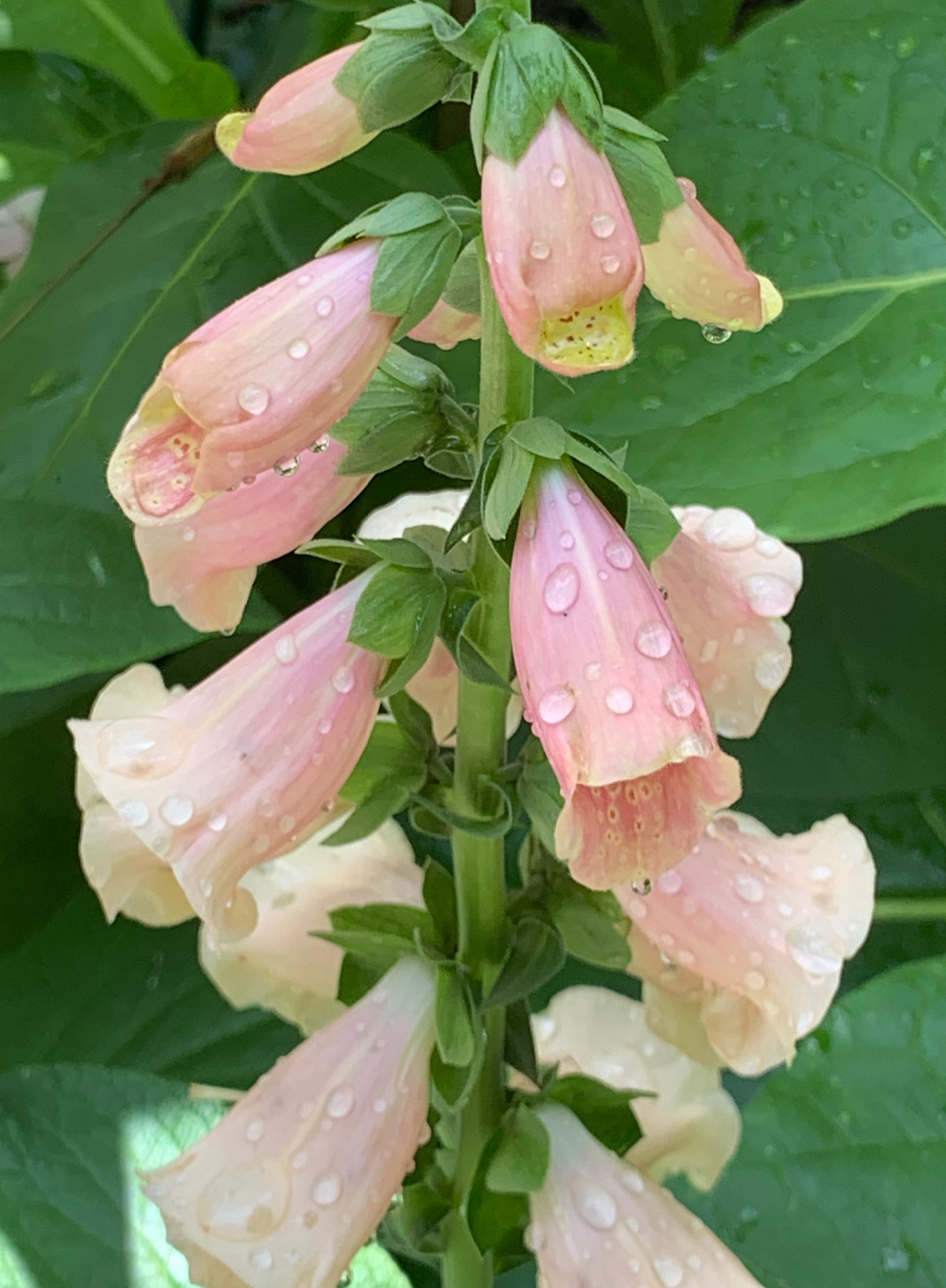 This ‘Dalmation Peach’ foxglove (Digitalis purpurea hybrid) is one of the rare biennial varieties that flowers the first year when grown from seed. Deer resistant. 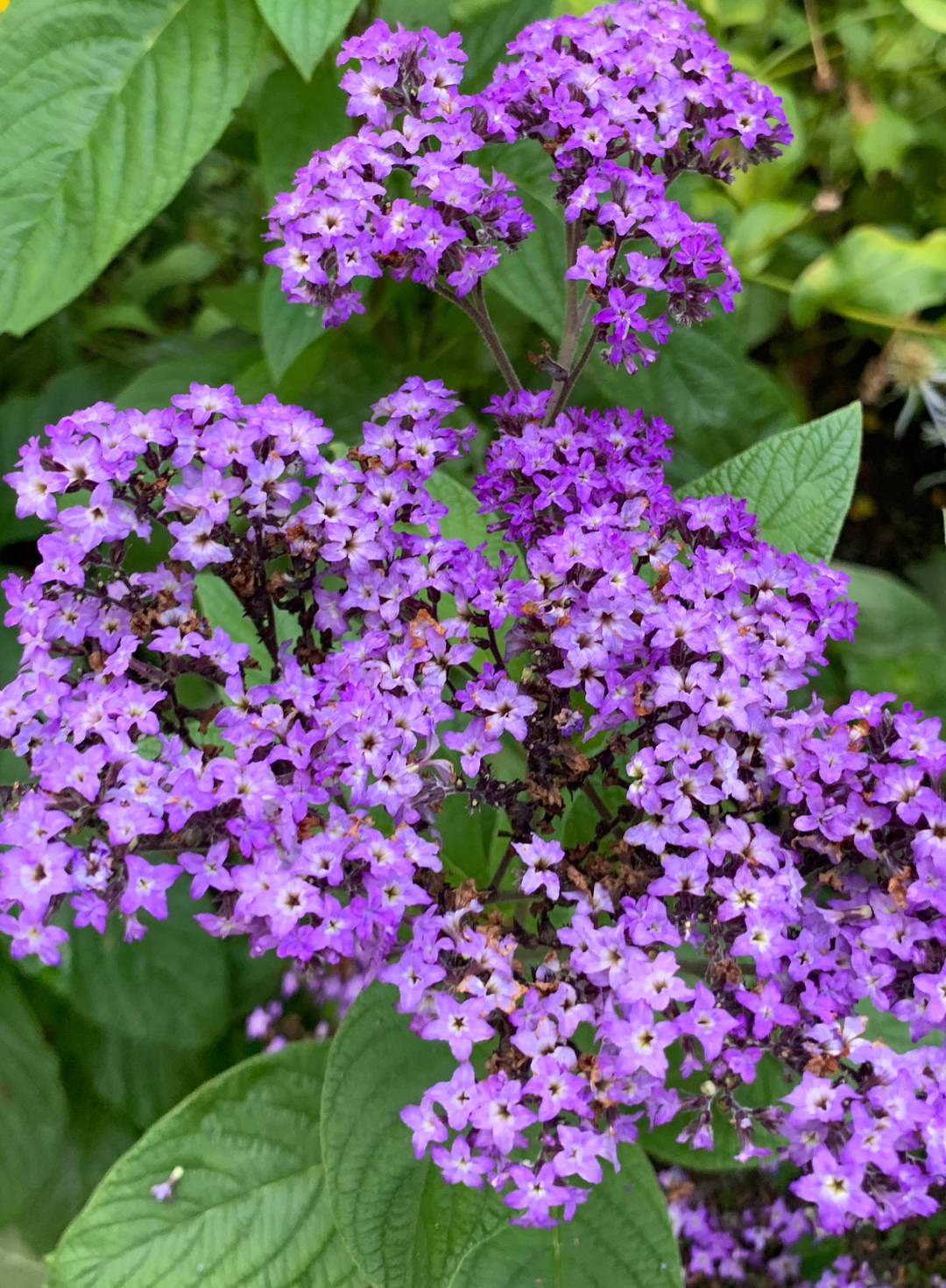 ‘Marine’ heliotrope (Heliotropium arborescens), with its wonderful vanilla scent, is purported to be named after the sun god Helios because the flowers always face the sun. Deer resistant. 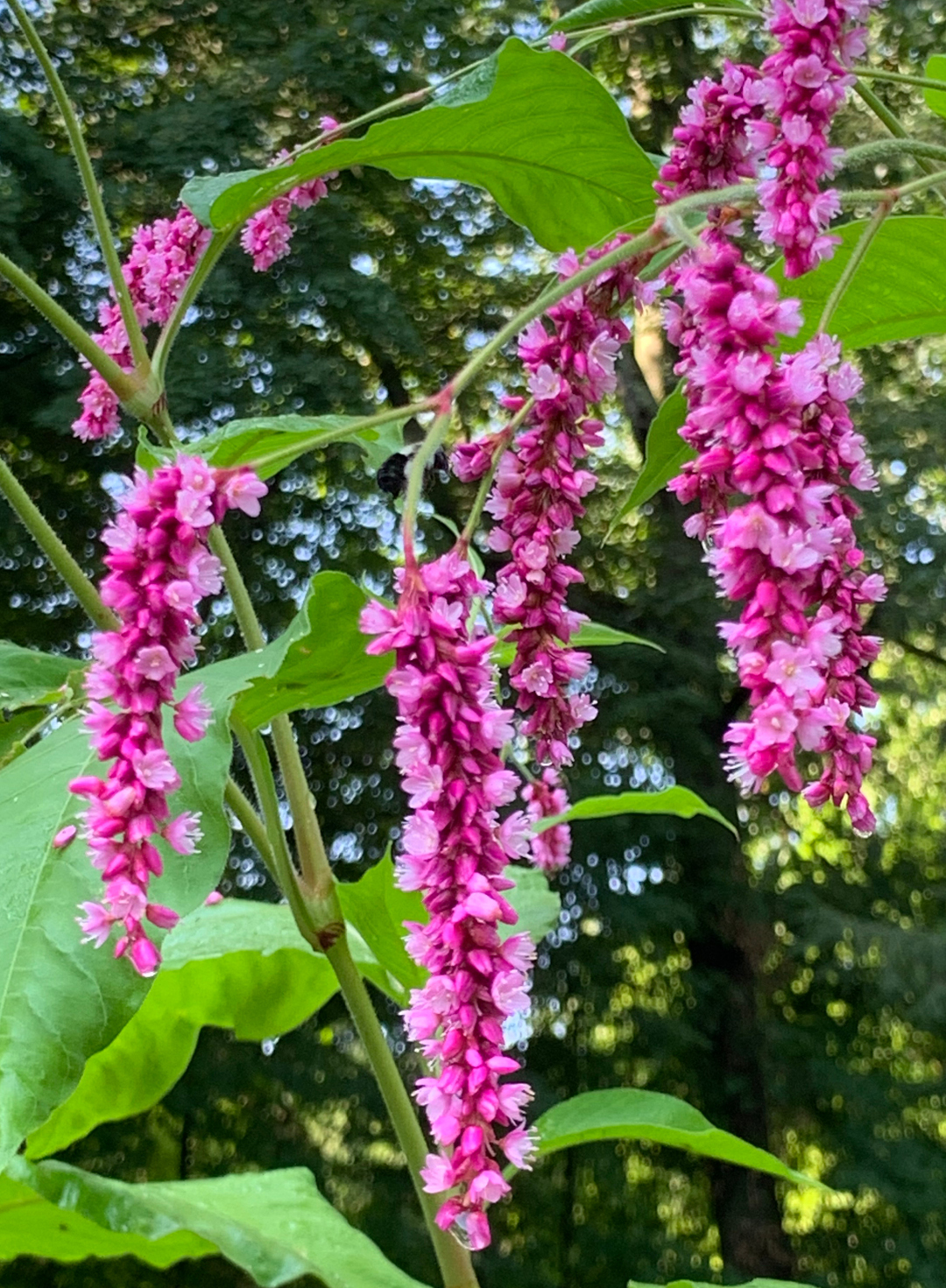 Kiss-me-over-the-garden-gate (Polygonum orientale) is an heirloom plant native to China but with a long history in America going back to Thomas Jefferson’s garden. The almost fluorescent flowers appear in late summer atop reedlike 8-foot stems.

‘Dark Blue’ larkspur (Consolida ajacis) was new to my garden this year and has already begun self-seeding in our mild winter. Deer resistant.

Today’s photos were sent in by Sandra Schaller. Sandra works at Wave Hill, a fantastic public garden in the Bronx in New York City. She recently took over care of…