Not all of the best photos make it into an issue of Fine Gardening. A photo might not illustrate a certain point the article is making, or it might be of an area of the garden that does not pertain to the article’s angle. These additional photos sit in our files, occasionally popping up in other articles where the lesson they convey is relevant. Sometimes these images go unused. But many of these photos deserve to see the light of day, so we have brought you some spectacular ones that didn’t make the cut but still have something to teach us about designing our own gardens. 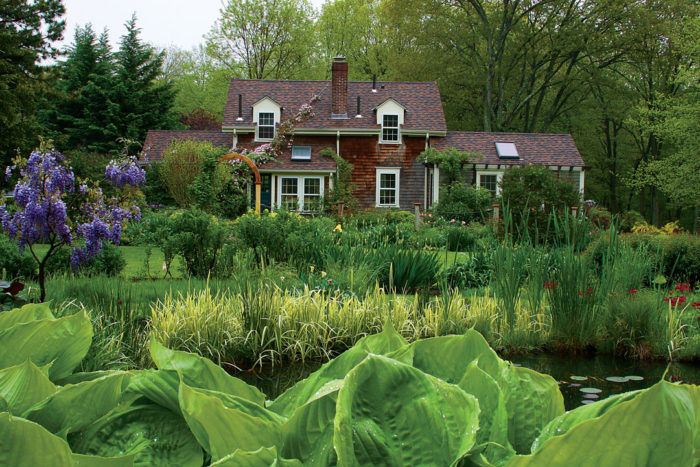 Don’t forget about the front

When we presented Andrew Grossman’s home in Seekonk, Massachusetts, we focused on the color scheme in the garden behind the house. But the front garden is equally impressive. Farther out from his front garden is a pond that Andrew’s design skill has turned into a destination and a unique vantage point for viewing the garden and how it relates to his house. He rescued two wisteria (Wisteria spp. and cvs., USDA Hardiness Zones 5–9) from a woody area on his property to frame the view in both directions. A mass of ‘Sum and Substance’ hosta (Hosta ‘Sum and Substance’, Zones 3–9) also helps attract interest from far away by virtue of its huge chartreuse leaves. 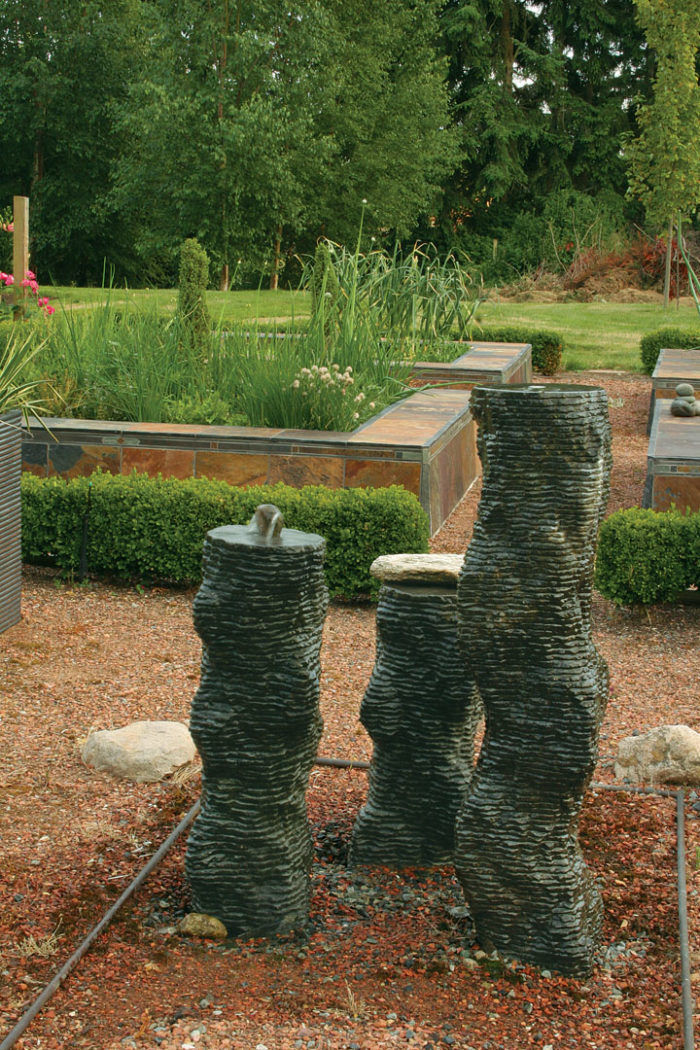 Getting to Cindy Stockett’s garden in Vashon, Washington, wasn’t easy, but it was worth it. Cindy has spent several years honing the look of her varied landscape, which is located on a rural island off the coast of Seattle. In our original feature, we explained how she ties her large and diverse garden together so that it seems cohesive. What we weren’t able to point out at the time is how well she infuses modern touches into an otherwise traditional space. At the far end of the garden, a rose arbor and neatly trimmed boxwood hedge set the scene. You might think that you were at Sissinghurst, if these formal structures weren’t framing a modern, tiled water feature. Nearby, unique column fountains spit water alongside raised vege­table beds, while an angular waterfall feature flows alongside classic cottage-garden plants. The mix of modern and traditional makes this space even more dynamic. 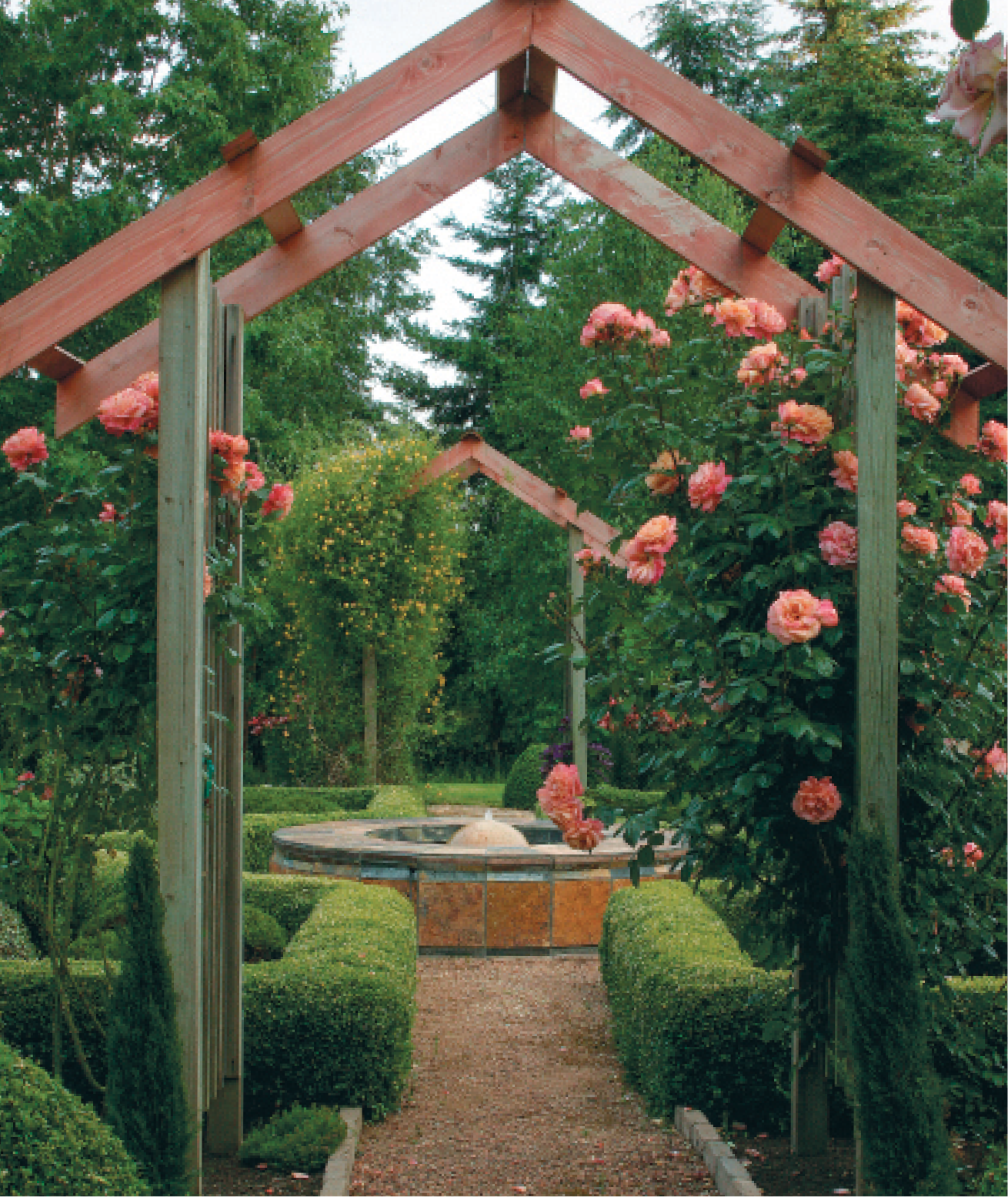 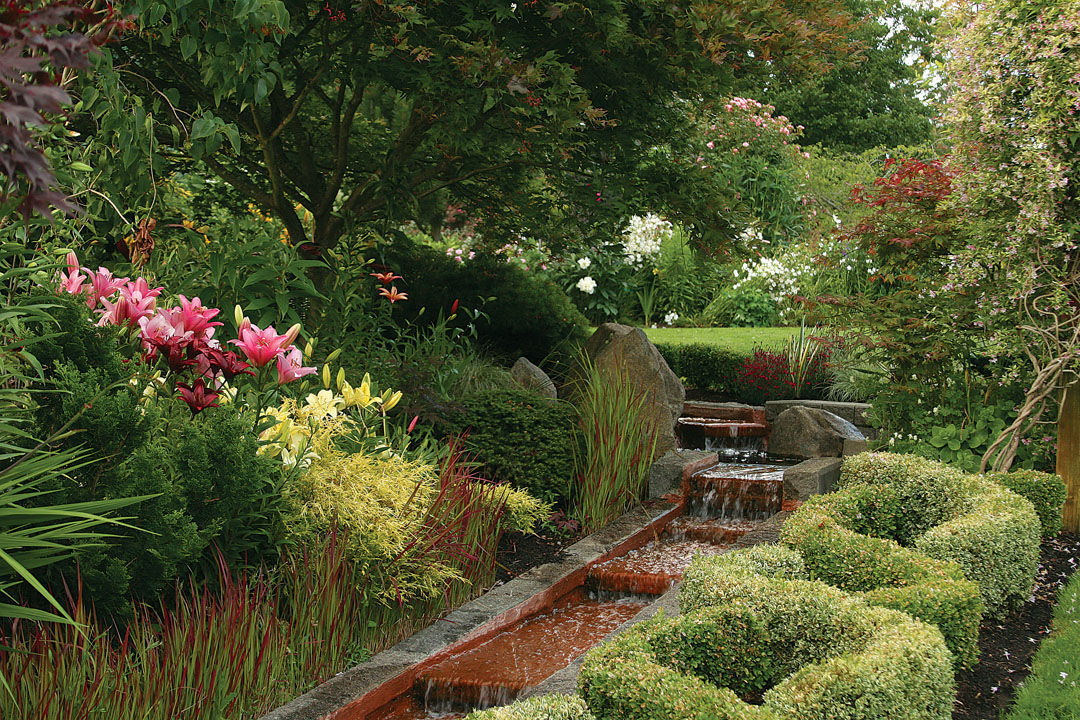 A bit of the tropics in Zone 6 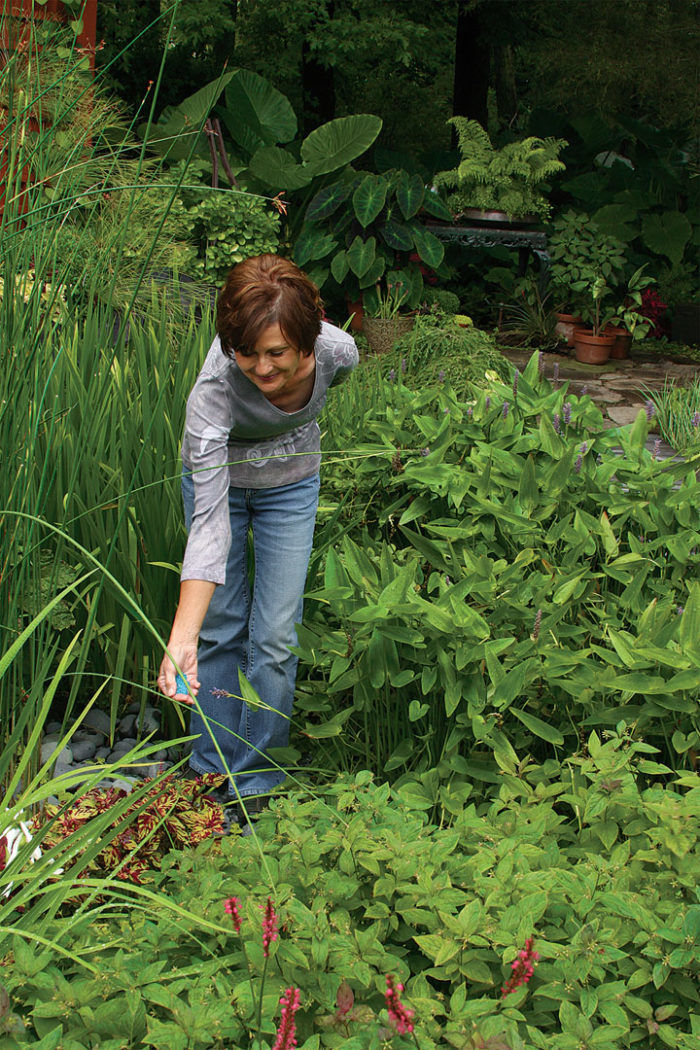 Someone forgot to tell Barbara Weirich that she lives in Benton Harbor, Michigan. Although our 2010 article focused on her bog garden, that is a fraction of her 5-acre landscape. An equally compelling area is her tropical border, which features an array of hardy and tender brightly colored plants. For years, Barbara overwintered tender gems, like elephant’s ear (Colocasia spp. and cvs., Zones 8–11), inside her home, then relocated them outside once the threat of frost had passed. A few years back, she finally got the garden accessory of her dreams: a heated greenhouse, where the stars from her tropical borders now spend their winters. Adding to the impact of this bold garden are several unique pieces of garden art and furniture. The end result is a slice of Costa Rica—on the shores of Lake Michigan. 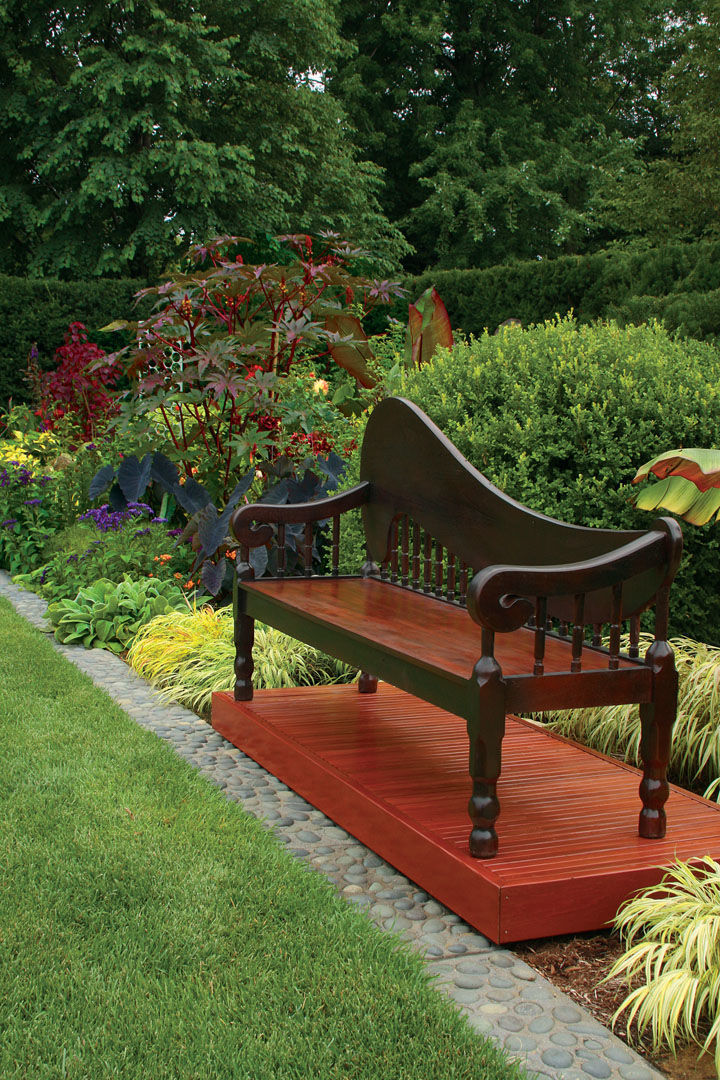 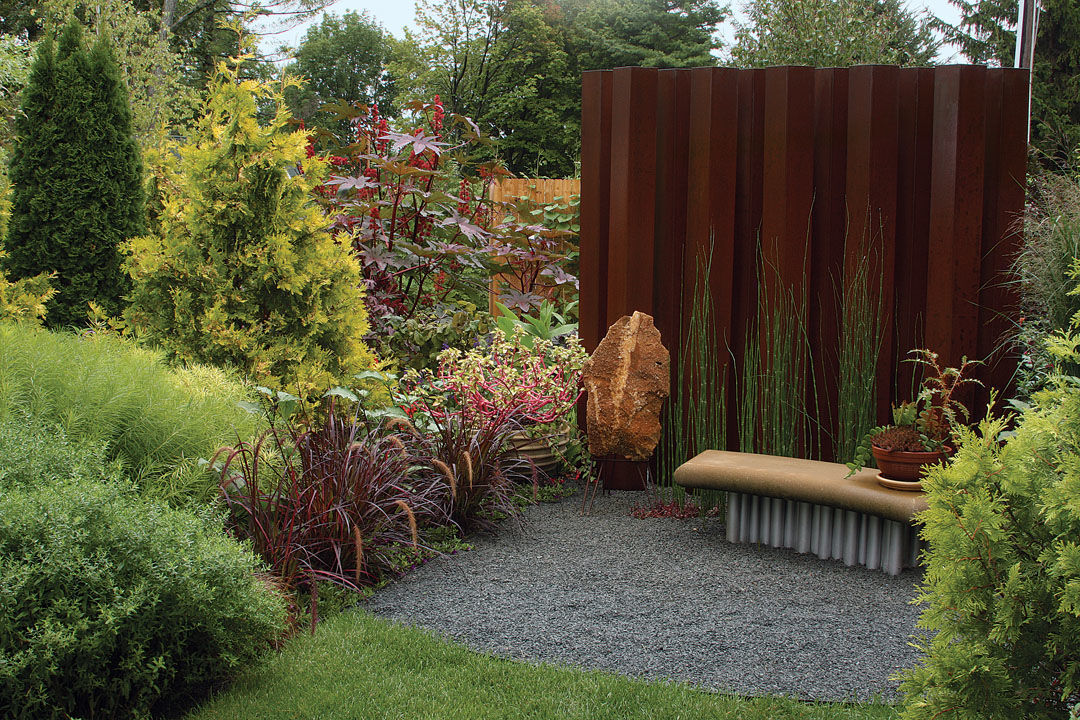 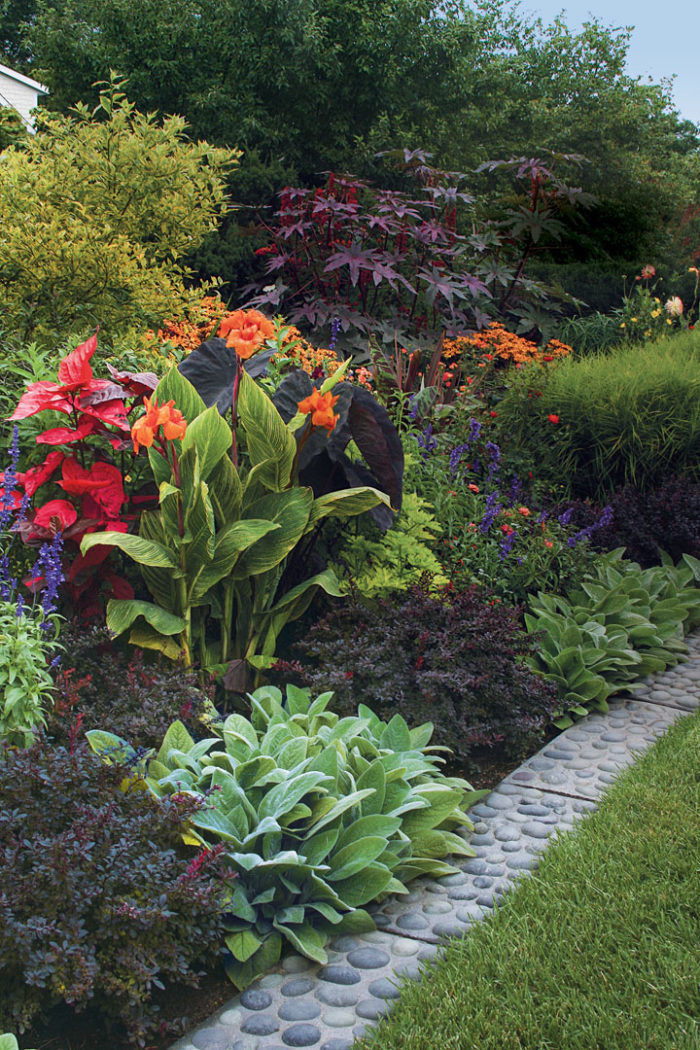