All About the Blackthorn

We are having an early spring – in London, where it is always warmer, things that would not normally flower until the end of April are in full bloom. It is most disconcerting.

Out here in the countryside (I live about seventy miles outside the city – which may not sound like much to you guys but remember that we are a very small island) things are still a bit out of kilter. One of the very first plants to flower in our hedgerows is the Blackthorn (Prunus spinosa) which is right now doing its thing with reckless abandon.

I am rather fond of Blackthorn even though it is a bit of an underdog in the grand scheme of things. It is not really good enough to be a stand alone garden tree but as a constituent part of a hedge is is invaluable. It has particularly unpleasant thorns which make it a pretty tough stock proof barrier against cattle and sheep. 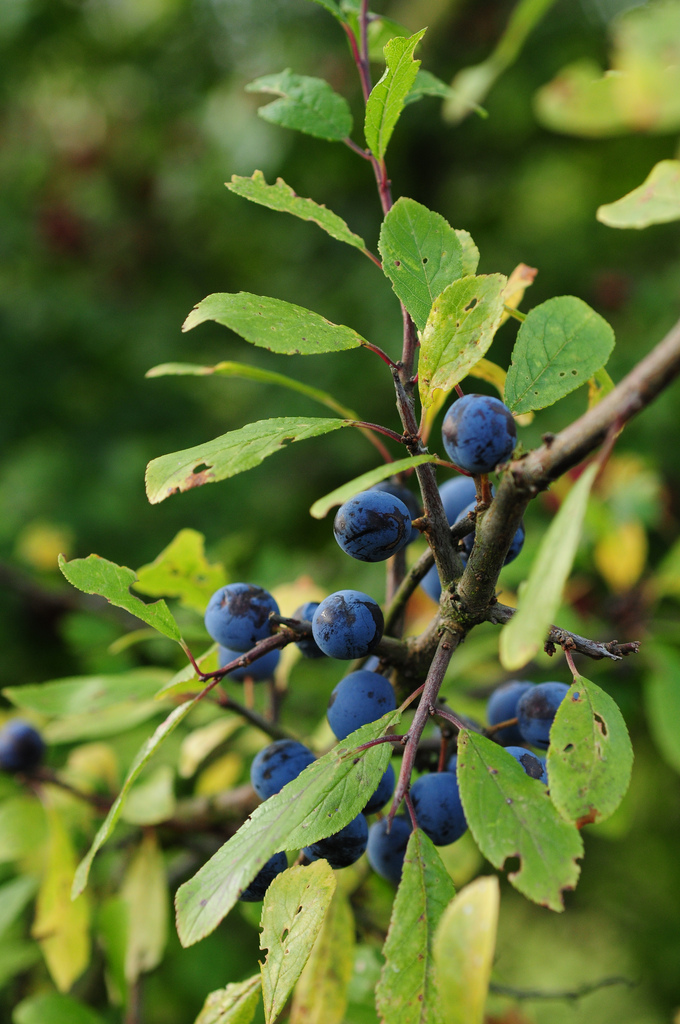 The thorns have a nasty habit of going septic if they get into your skin: the only way to stop it is an operation to find and remove the offending bit of thorn. Does not have to be very big: if you want to cure yourself of ever going near a Blackthorn without, at the very least, some stout gauntlets and possibly a full suit of armour then read this.

The flowers are only small but, for the brief moment in which they stand alone and unchallenged by any other hedgerow plant, they are very cheering in a modest sort of way. A great cloud of white appears way before the leaves and is pollinated by insects – unlike the other early flowerer, the Hazel, which ids pollinated by wind. Or Anemophily if you want to show off.

In the Autumn the tree produces Sloes: these are small black berries which should be harvested just after the first frosts and are used for making Sloe Gin – which involves soaking the bletted* sloes in gin and sugar for many weeks. The raw berries are to be avoided as the are so astringent that they seem to suck all the moisture out of your mouth and leave you grimacing like a post operative Mickey Rourke

The wood is used to make the Irish Shillelagh (one of the most difficult words in the world to spell) which is a heavy club for bonking people over the head. It also makes walking sticks for the officers of the Royal Irish Regiment.

So… now you know pretty much all you need to know about Prunus spinosa. A shrub that is useful, beautiful, edible and a little bit dangerous.

*bletting is the process where berries soften when frozen – this accelerates the rotting process. In short, bletted fruit is damaged and beginning to rot. Yumm.