I have a love/hate relationship with ornamental grasses. The first ornamental grass I planted many decades ago was ‘Gracillimus’ miscanthus (Miscanthus sinensis ‘Gracillimus’). Now before you start furiously typing a letter of concern, this was back before we knew how invasive and thuggish it could be. Ornamental grasses—mostly cultivars of Miscanthus—were being promoted in every garden center as the “new” and “trendy” must-have plant. I’m a sucker for anything labeled as such, so I planted a handful in my garden. The first year was great, the second year things started to get out of hand, and by the third year the ‘Gracillimus’ had swallowed up far more garden real estate than its nursery tag had indicated it would. It ate its neighboring perennials as well as a portion of my driveway. And although I never experienced the rampant reseeding that would later be known as a hallmark of many miscanthus, the entire ordeal left me with a bad feeling about ornamental grasses.

As the years went by, I came to plant many other ornamental grasses, those with far less aggressive tendencies. Nevertheless, many of the ones I chose still got too big and needed biyearly division to look good, or were too small to really add the texture and movement I was looking for. In reading the recent article by Brent Horvath in our November/December 2020 issue, I discovered that there are a handful of choice ornamental grasses that are best described as not too big and not too small. Brent has spent years breeding and trialing perennials, making him a great resource for in-depth and trustworthy plant information. I walked away wanting several of the medium-sized grasses on his list—and not just because they won’t give me PTMD (post-traumatic miscanthus disorder). 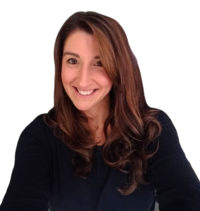 Sign up for our upcoming webinar: The Best Low-Maintenance Shrubs for Your Garden

Is it ok to Plant Miscanthus?