Grow Black Tea in Your Garden

If you're going to have a caffeine addiction, getting the "wake up" into your blood stream by way of black tea just may be the most respectable way.

If you’re going to have a caffeine addiction, getting the “wake up” into your blood stream by way of black tea just may be the most respectable way. According to the Order of Caffeine Addicts in America (OCAA), caffeine by way of tea is considered to be one of the classiest addictions among the whole substance-dependency lineup. You can either look that up or you can just trust a group that bears the motto,  “Proud to be; wired with tea.“

Oh come on, you knew I’d get around to this topic. I own my caffeine addiction and some would say I make it an art.  The only thing I hadn’t figured out, is how make it more accessible (cheaper) and I think I just may have found a way. While I’m probably not the first substance addict to come to this conclusion, I’ve recently decided that it only makes sense to grow my own.

If you’re one of my people and would like to grow tea in your own yard, there are a few more reasons other than the “wake up” to plant one or two of these bad boys. Tea plants (Camellia sinensis) are not only handsome as far as shrubs go, they’re also drought tolerant and thrive in the heat. Many gardeners grow them as ornamentals, with their white, 1 1/2″ tea flowers that bloom in the fall. They may not put on a fancy show, but they do wear expensive perfume and smell delish. Some lucky people end up with a tea variety that has flowers which are blush to full on pink in color.

You can even espalier tea plants. You know, pruned and trained into shapes and patterns; bringing the whole upper-crust thing to an entirely new level. C. sinensis makes a lovely presentation in containers as well as a landscape plant, as a screen or hedge. They make good bones as foundation plantings, too, so no one will be the wiser about the reason for the plant’s true existence in your garden.

Tea plants are evergreen shrubs that live outdoors in Zones 7-9. If you live in a Zone just above and below this number you can try to plant them against a sheltered area, or your plant may have to take up permanent residence inside a greenhouse. If you’re a true caffeine freak, this wouldn’t be considered sacrificial by any stretch. Tea plants or shrubs were originally grown in Southeast Asia, and while they can grow up to 40 feet tall if left to their own devices, most are kept to a medium-sized 4-6 feet with regular pruning.

Plant them in the full sun or partial shade in soil that is rich in organic matter. They’re fine with a neutral pH, but are really happy if it’s on the acidic side. Tea plants enjoy regular watering and more than that while they’re blooming or actively growing. Just make sure their tiny root hairs don’t dry out entirely.

Black, Oolong, and green teas all come from C. sinensis depending on how its leaves are prepared before brewing. You’ll want to harvest the leaves while the plant is growing and the best quality leaves are said to be those that open during the first flush (the first leaves in spring). Some say that the first leaf harvest shouldn’t be done until the third year, but I doubt I’ll be able to hold out that long.

Another nice thing about tea plants is that they’re excellent seed producers. This is a huge plus for new caffeine growers. You’ll have a full tea farm in no time if these guys have their way. Oh sure, there may be a slight genetic differences between the seeds and their parents, but since your genetics have probably been altered by all the caffeine you suck down, you can hardly point a finger.

Caffeine has been placed into a category called “psychoactive stimulant” drugs. I know this should bother me and any decent person’s reaction would be shame. Unfortunately, it only leaves me itching for the next Starbucks run. Anyway, it’s all about perception. You say psychoactive stimulant – I say mother’s milk. 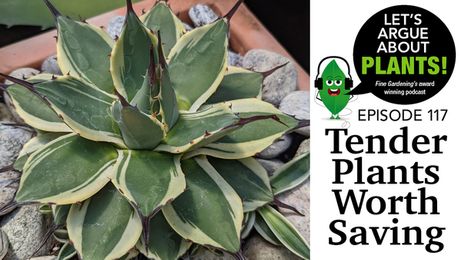 Nearly everyone can grow tropical plants outdoors during the summer months, but when the first frosts are forecasted gardeners in colder climates know there will be some tough decisions ahead.… 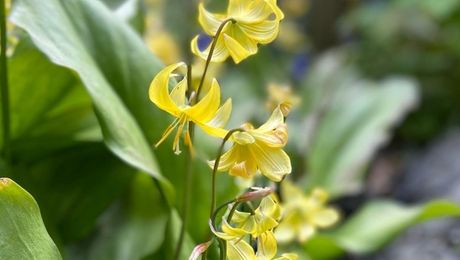 GPOD on the Road: Spring at Hatley Castle and Gardens

Cherry Ong has taken us to visit the beautiful grounds at Hatley Castle before, during the summer (GPOD on the Road: Hatley Castle). Luckily for us, she went back this…