GPOD on the Road: The Gardens at HCP

A good friend of the GPOD, Cherry Ong, is taking us along on a visit to another public garden.

It’s exciting to visit a new garden, and this one didn’t disappoint. The Gardens at HCP consists of 9 acres of demonstration gardens and 100 acres of a conservation park. The gardens were originally named the Horticulture Centre of the Pacific, then were renamed Glendale Gardens and Woodlands, and now are known as the Gardens at HCP.

The Takata Japanese Garden opened in 1998 and is the largest garden at HCP, with a Zen garden and a ceremonial tea house. The bonsai garden was established in 2013. The late George Heffelfinger was a long-time HCP supporter and a key player in creating this garden. Several bonsai from his collection are on display here. Some of the Vancouver Island Bonsai Society members volunteer their time maintaining this amazing garden. 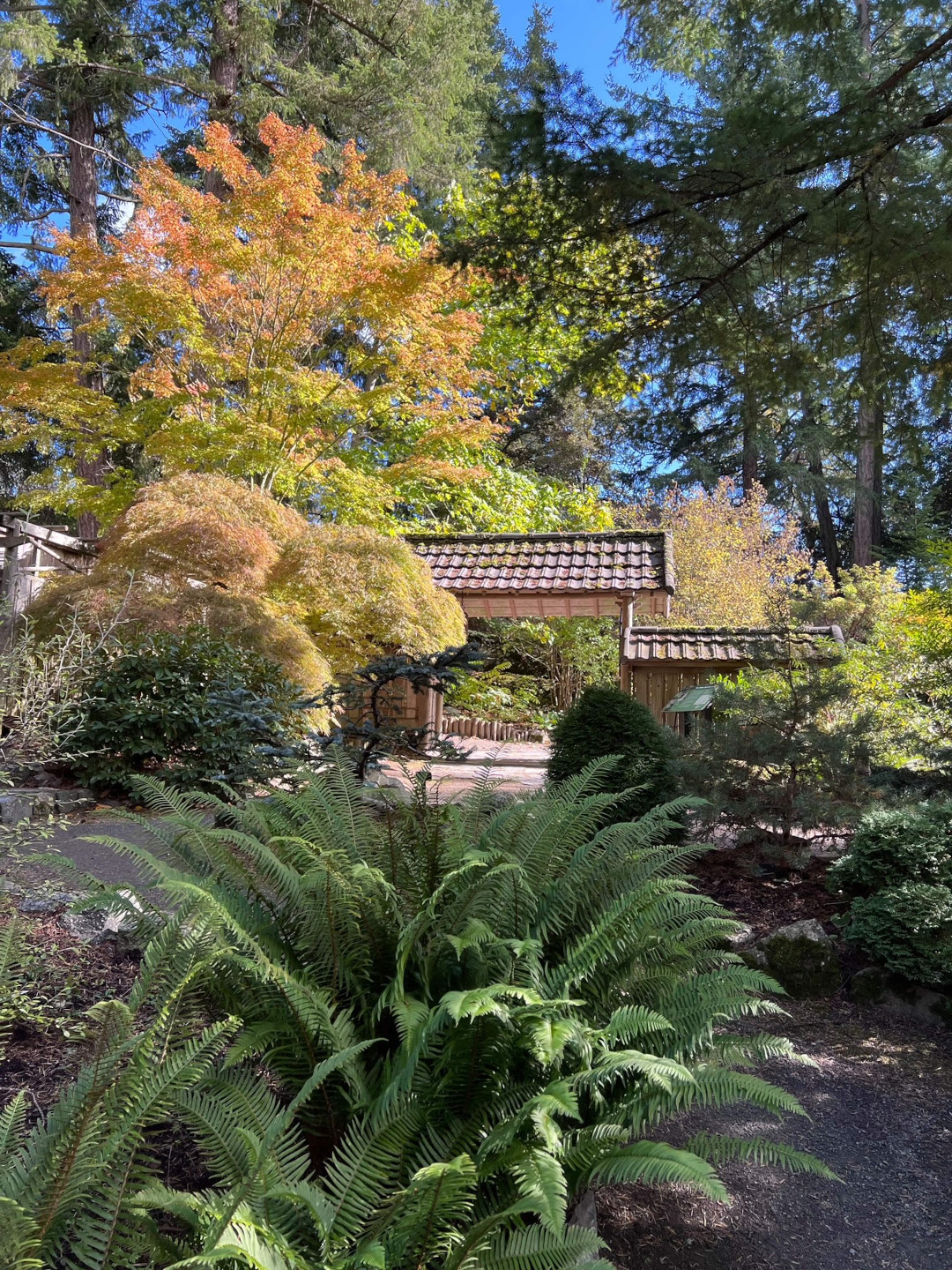 Cherry visited this garden in the fall, so the trees were coloring up, adding an extra layer of beauty to the garden. 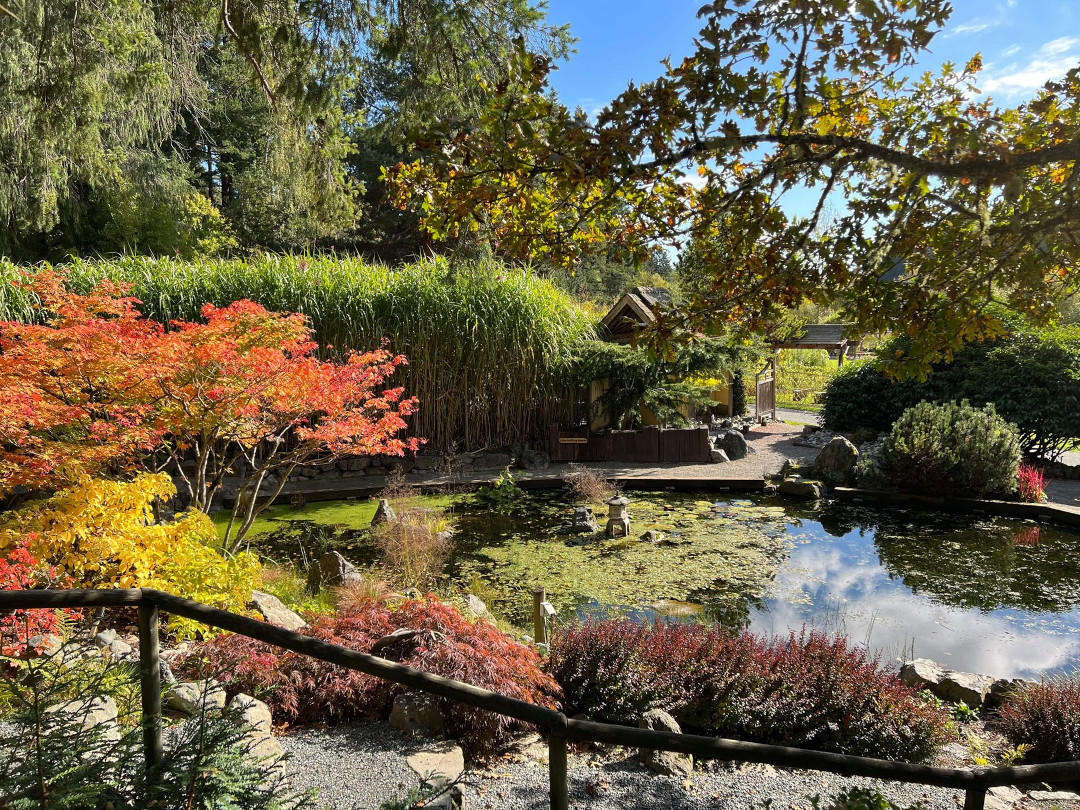 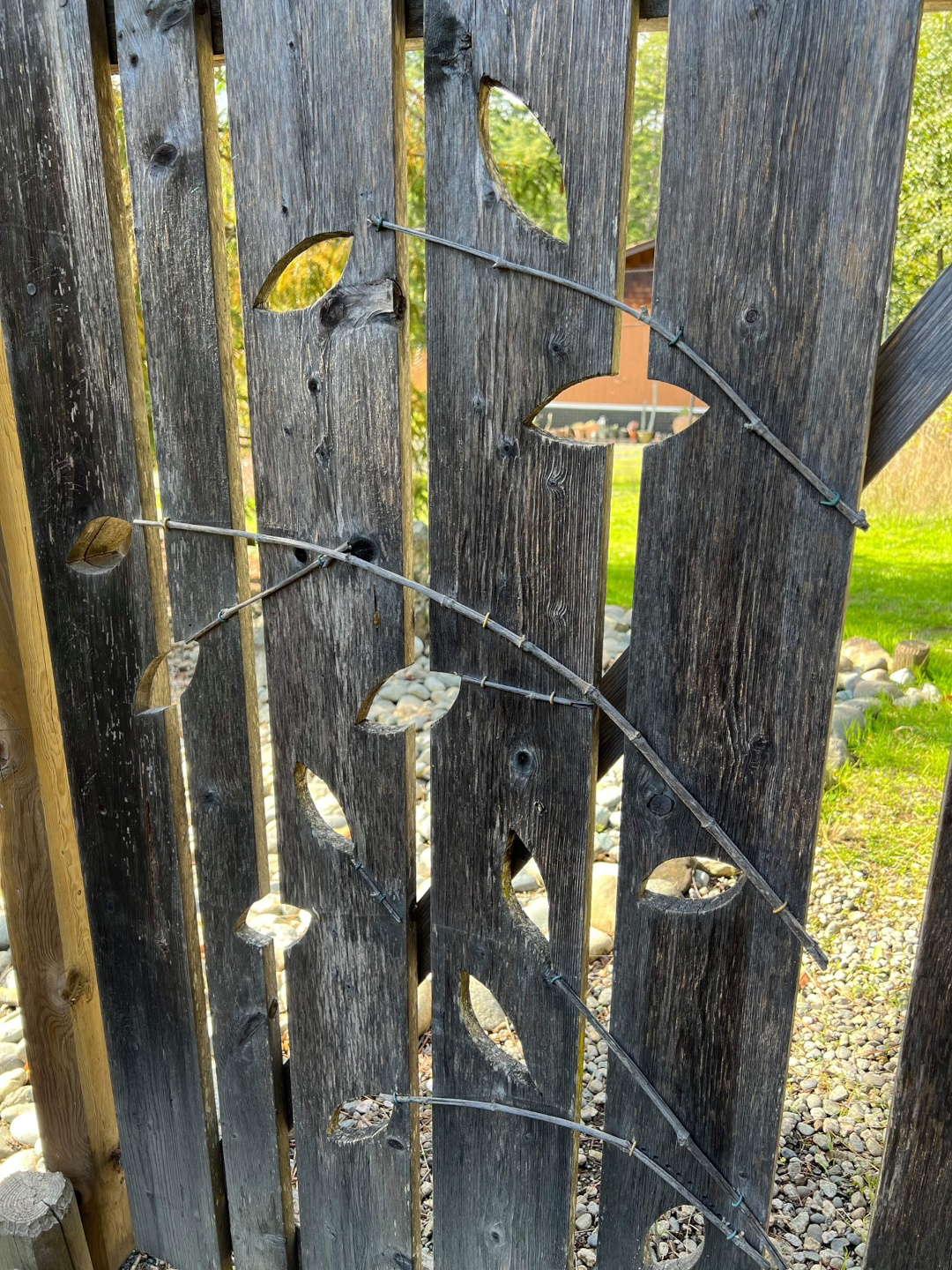 I love the branch-and-leaf design on this wooden gate—such an interesting use of positive and negative space! 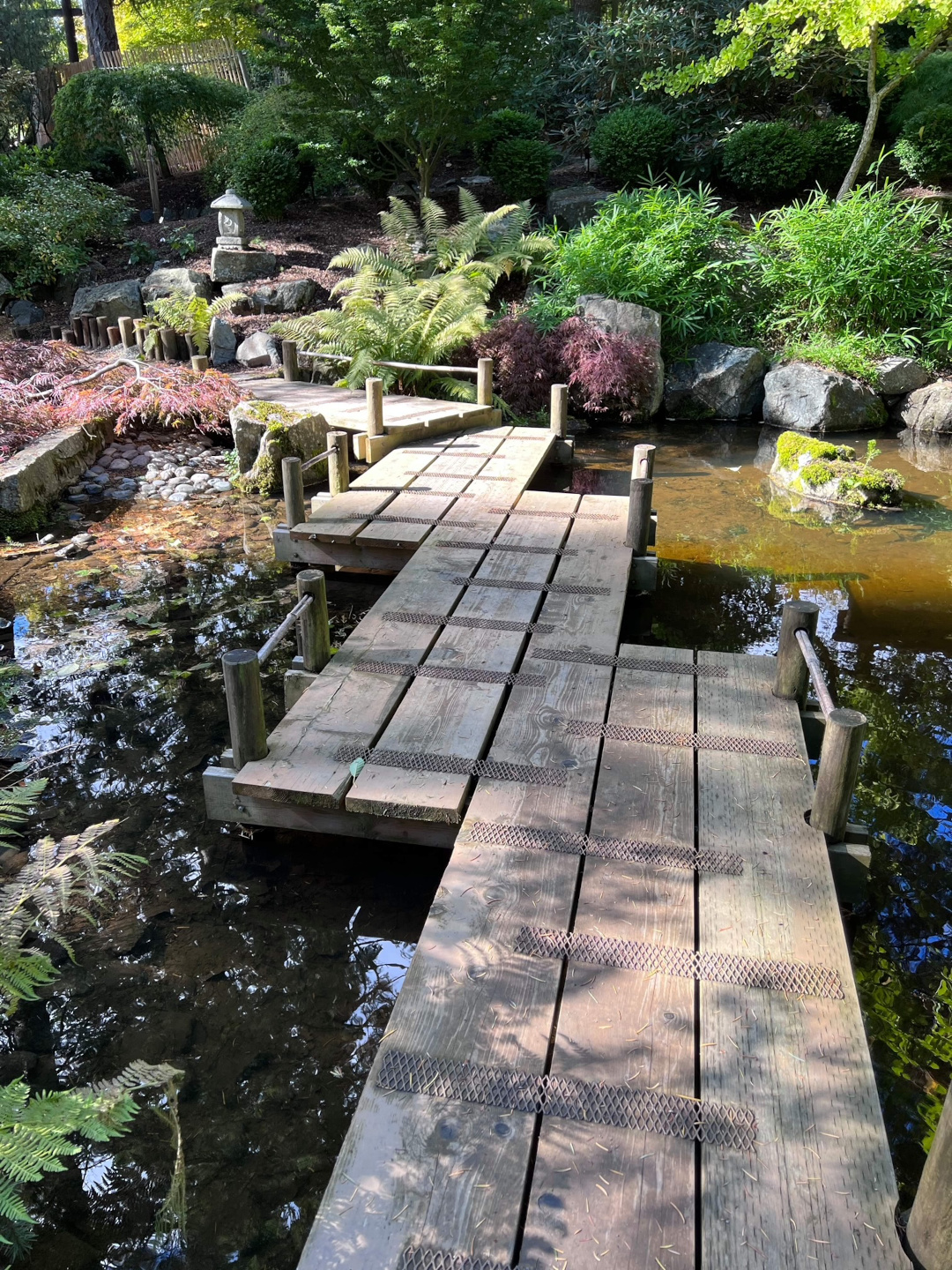 In Japanese gardens, it is traditional to use staggered bridges like this or stepping stones rather than straight paths. The idea is to force you to slow down as you move through the garden so you take in all the details. 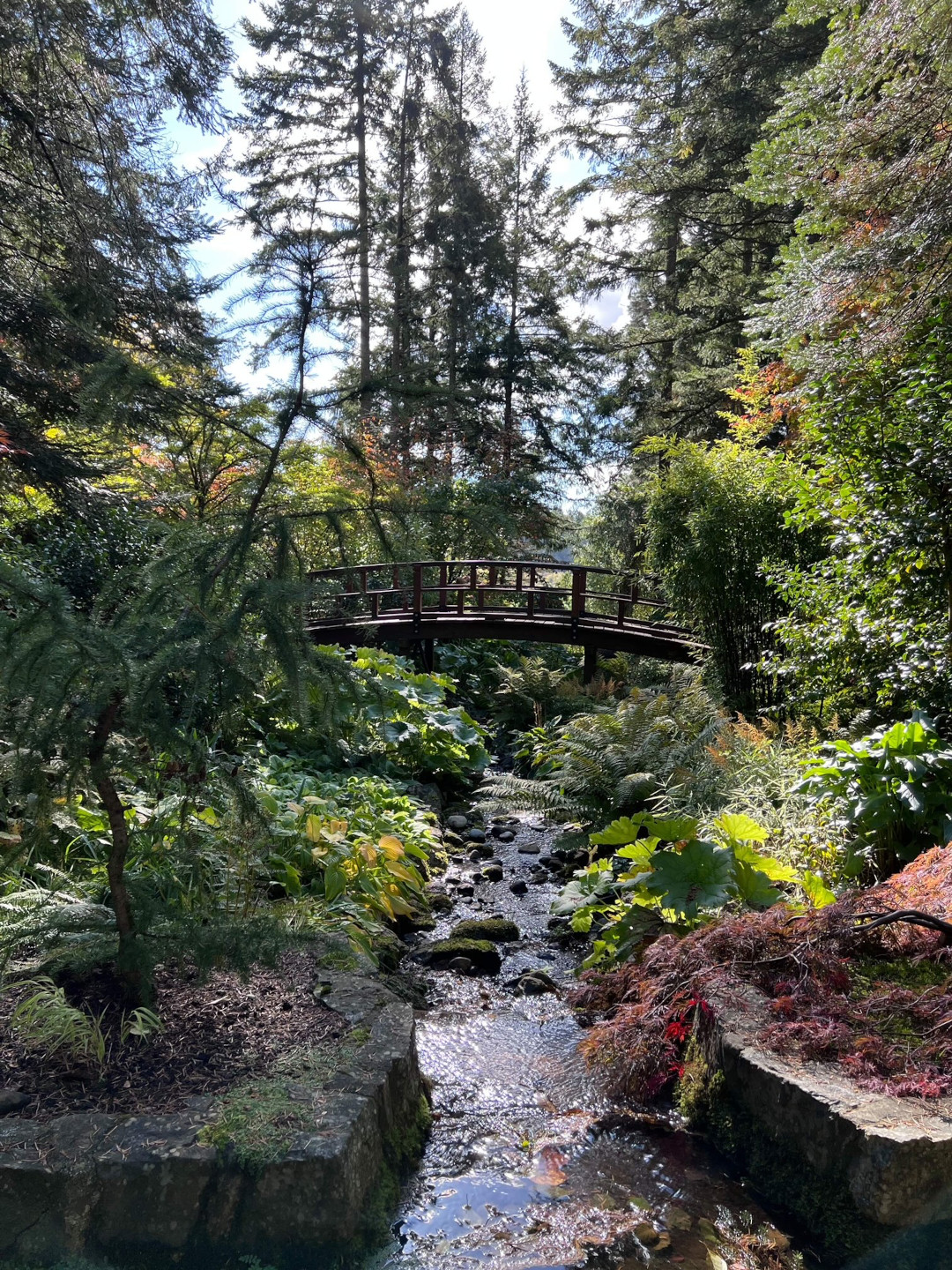 A beautiful view, looking upstream to the bridge and towering trees beyond. 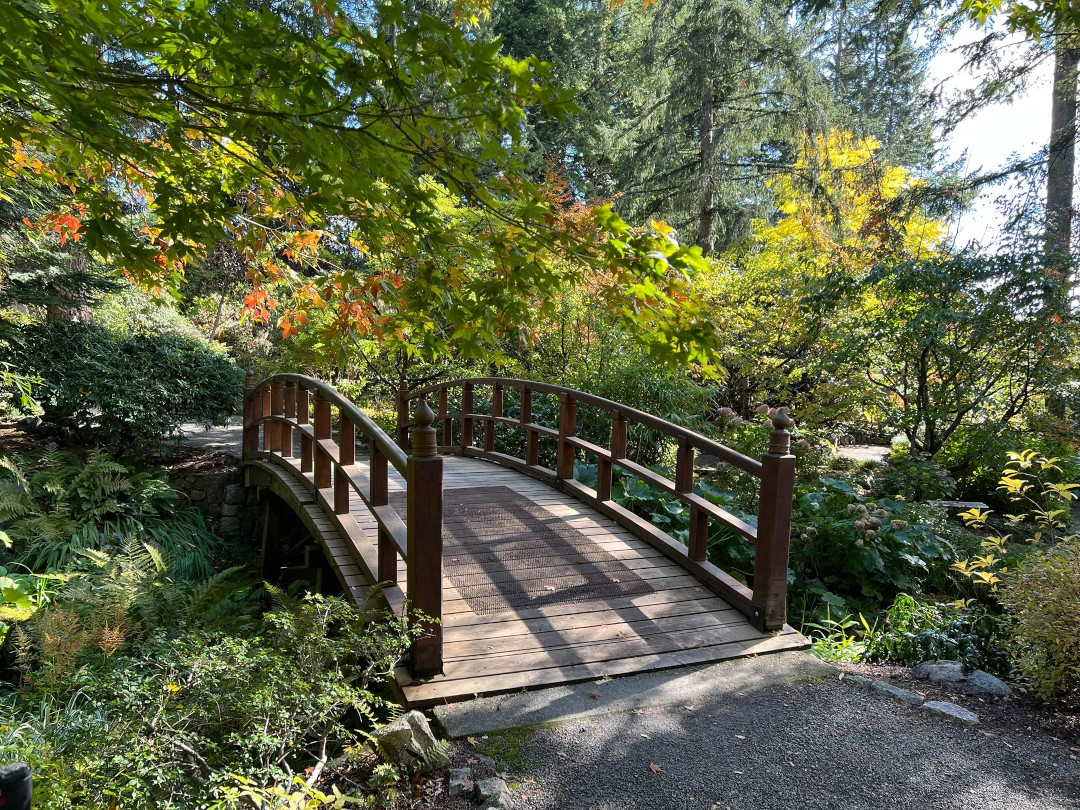 This bridge invites you to explore more of the garden. 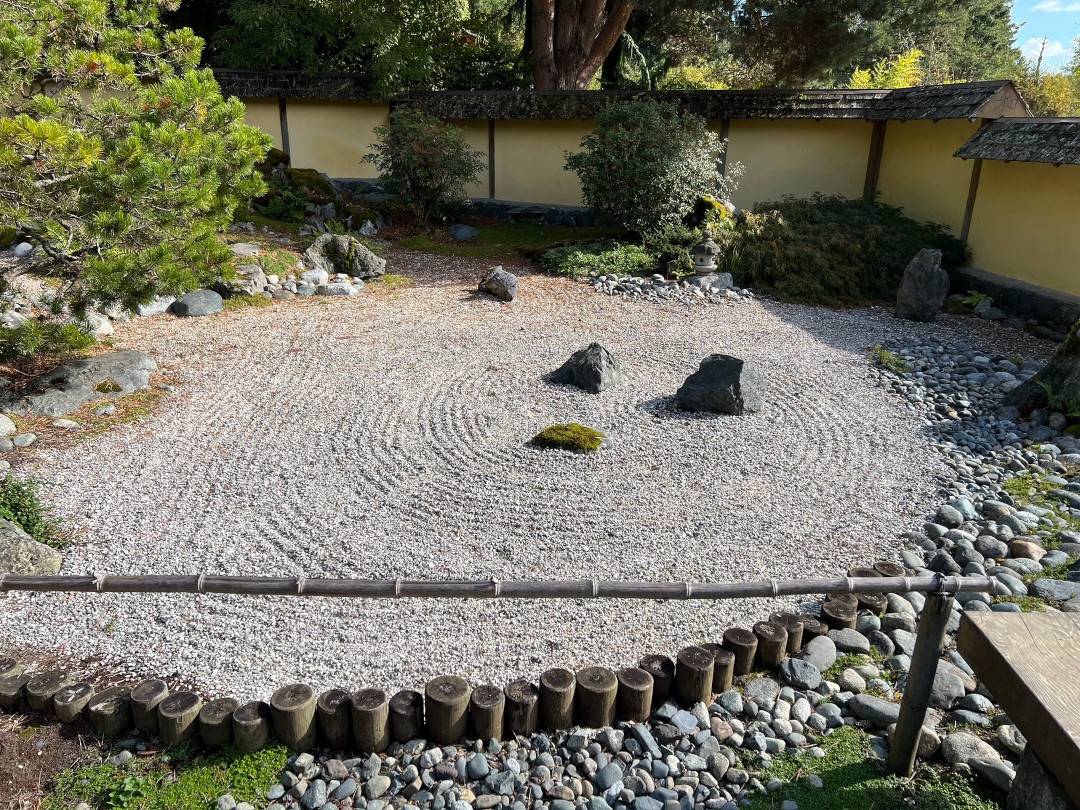 A traditional Japanese rock garden is designed to invite you to sit and meditate. 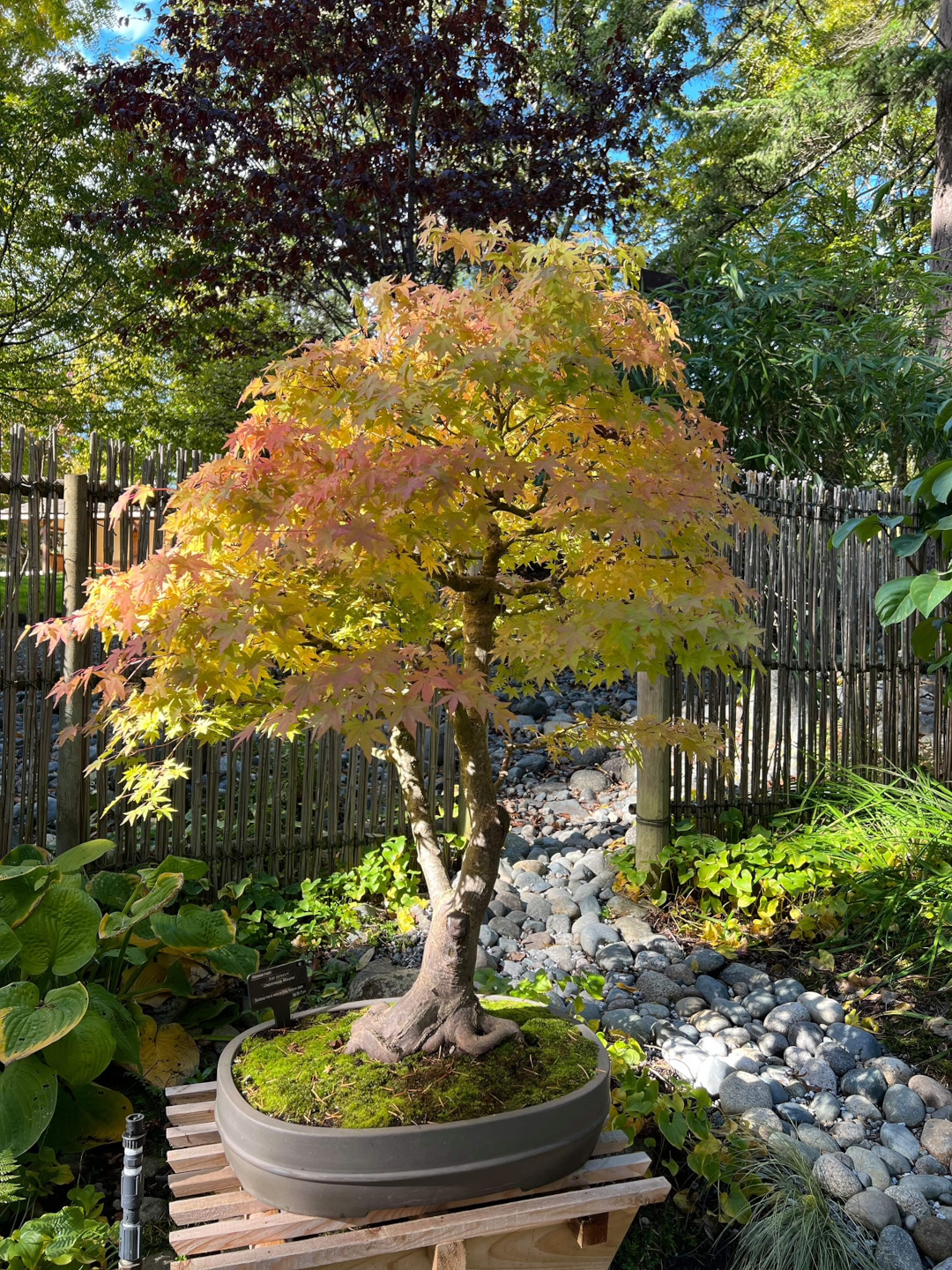 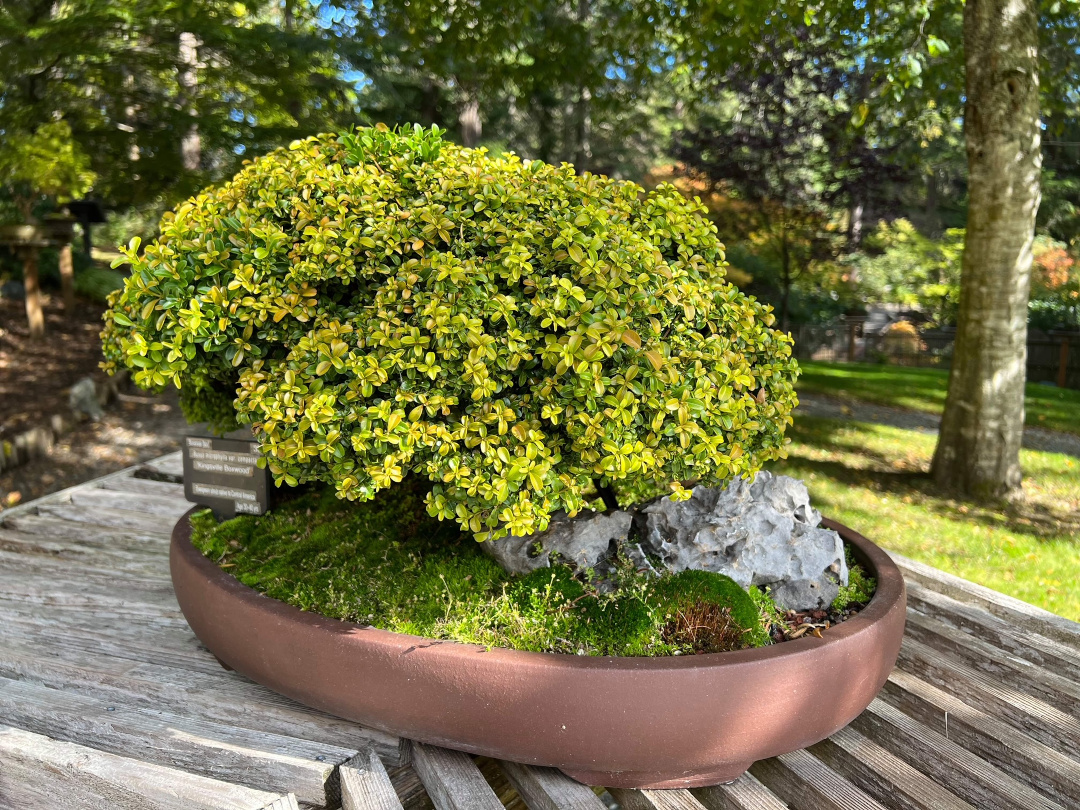 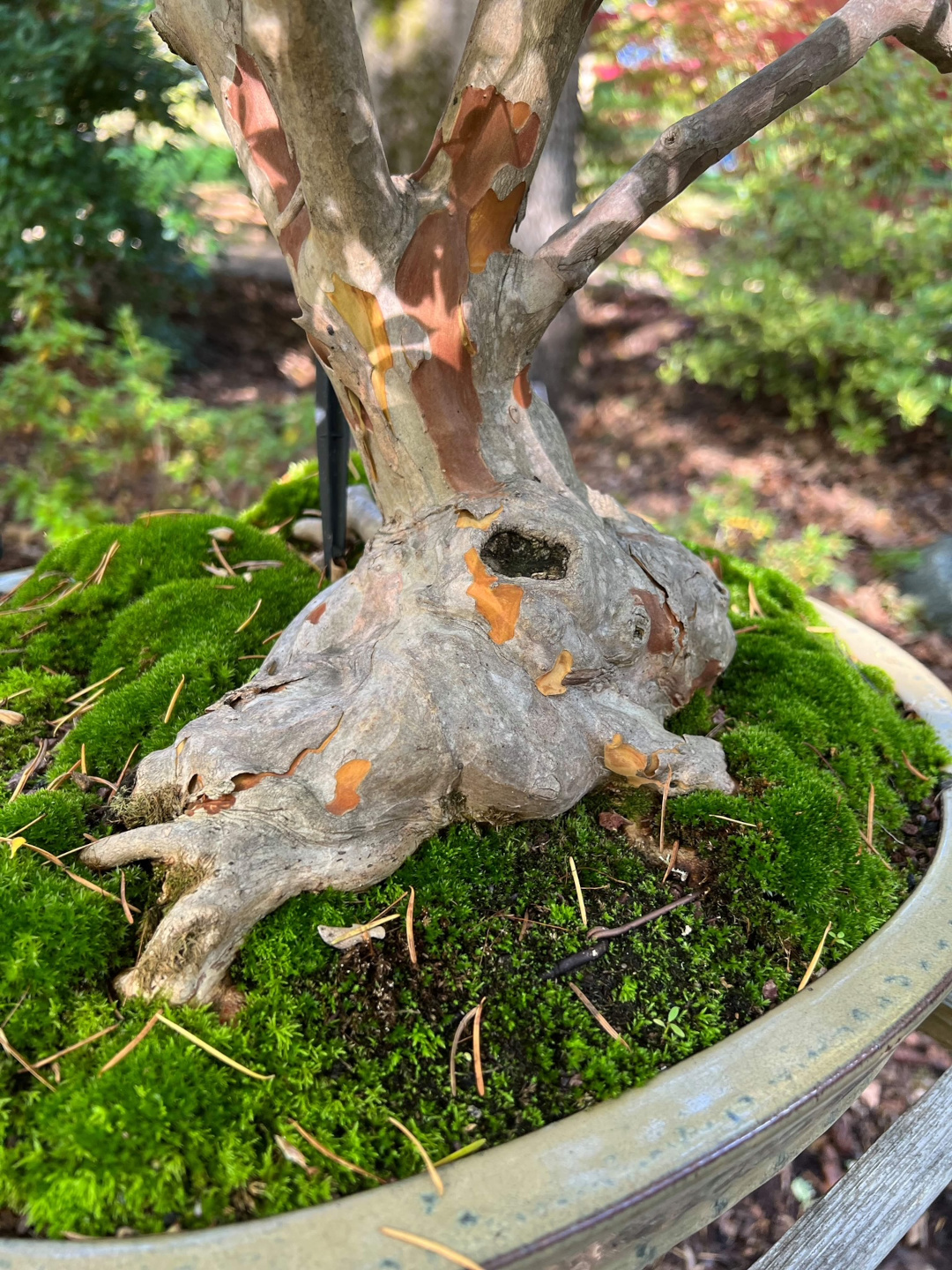 This close-up of a crape myrtle (Lagerstromia species, Zones 7–10) bonsai shows the beautiful peeling bark seen in mature specimens of this species, but in a miniature form.