3 Tough Perennials Put to the Test

We planted these popular plants in the worst gardening conditions we could find to discover which ones would survive, fry, or die

We all know that catalogs often embellish plant descriptions. Phrases like “tough as nails” and “extremely hardy” are so common that it seems odd not to see them associated with a plant. Once planted, many of these so-called “unkillable” plants are, unfortunately, anything but. To find out which plants really do deserve a toughness title, the staff of Fine Gardening planted groups of three different types of perennials (touted by catalogs as “extremely durable”) in the worst growing conditions we had: in unamended soil, in the middle of a parking lot, with no extra care. We were surprised to see which ones thrived and which ones never made it past the first month. If some of these plants could hold their own despite a terrible environment, just think how well they would do under slightly better conditions.

How we did the Trial

Care: The plants were deeply watered when they were first planted. Any water in the subsequent months came from rain. The average rainfall for those three months was 10.2 inches. Shredded-bark mulch was applied to suppress weeds. 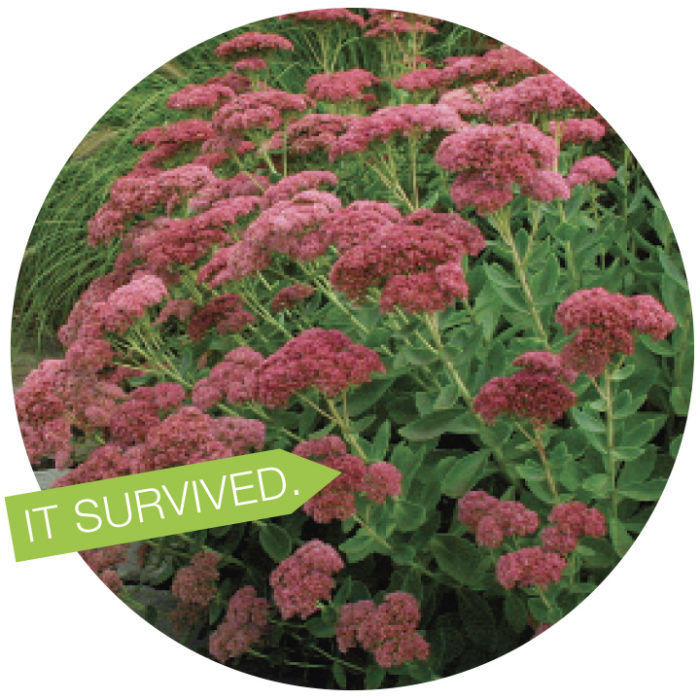 Diseases or Pests: Deer browsed ‘Autumn Joy’ sedum in fall, when little else was left to eat in the area. But despite sustaining significant damage, the plants persevered.

Remarks: This is one tough plant. When rainfall all but ended in midsummer, ‘Autumn Joy’ did not falter. Despite the drought, the plants still bloomed and offered up some good late-season interest. 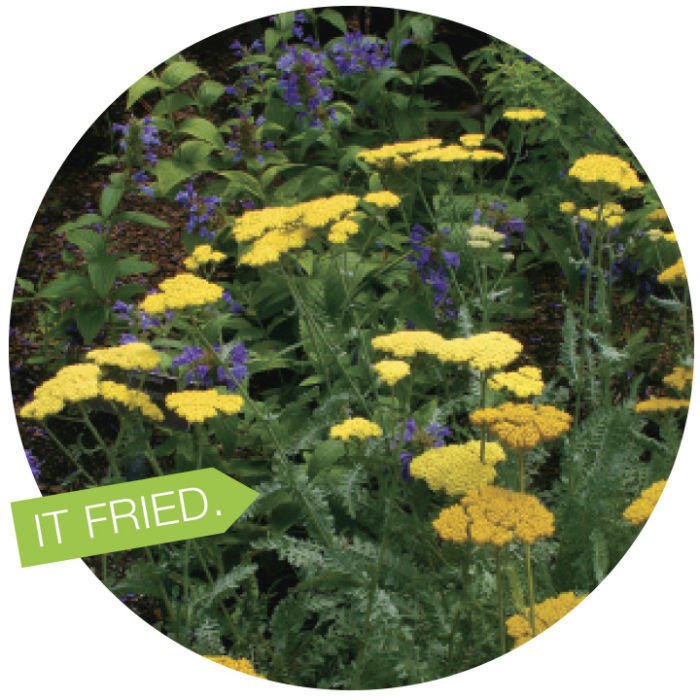 ‘Moonshine’ yarrow made a fourth-quarter comeback

Diseases or Pests: ‘Moonshine’ yarrow showed signs of fungal disease when the drought of early summer caused stress and then was followed by high humidity in late summer.

Remarks: Although it looked rough and nearly died back completely after the first month, ‘Moonshine’ pushed some new growth by the end of the season, giving some hope that it might return the following spring.

Flowering: Fair for one month, then poor throughout the rest of the growing season 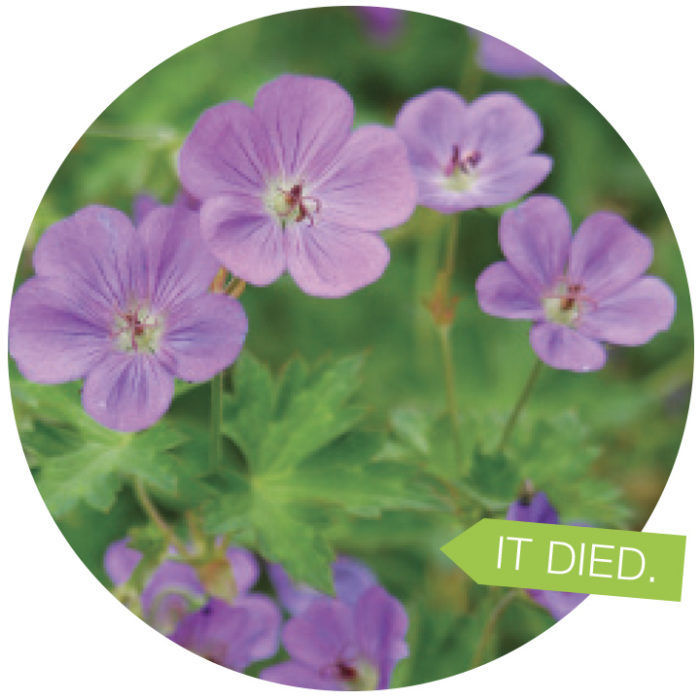 Diseases or Pests: None were noticed.

Remarks: Rozanne geranium started out strong, thriving during the first month of the trial. But as soon as regular rainfall ended, the plants dried up and died. Only one of the three plants showed any signs of life in fall.

Ending Size: Not applicable because the plants died

Flowering: Good for one month, then poor for the rest of the growing season

By the end of the first year of our toughness trial, all of the sedum plants looked like they were going to make it through with flying colors. The yarrow plants had a rough summer but seemed to be pushing new growth by fall. The geranium plants, unfortunately, looked mostly dead, except for one plant that had a few sprouts of life left. Here is what we found the following spring, after a fairly mild winter:

What to do if you don’t want them to Die

A few things can increase the survival odds of a plant grown in a spot with less-than-ideal conditions. Following these tips can mean the difference between a healthy, happy plant and a dead one: 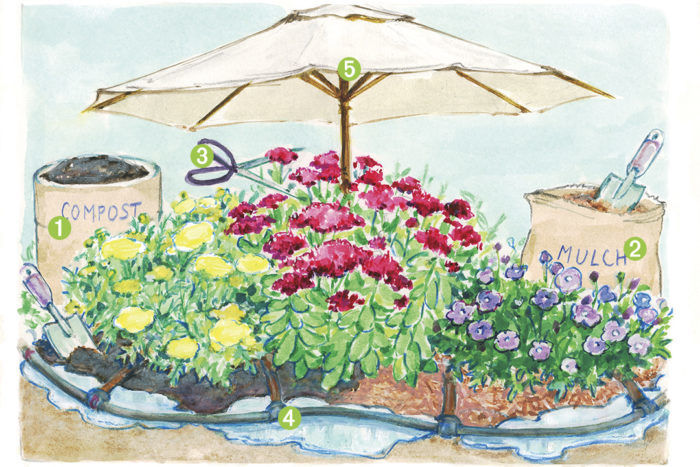 1. Amend your soil with compost to improve its structure.

3. Snip off most of the first-year blooms so that the plant puts most of its energy into developing a strong root system, not flowering.

Danielle Sherry is the senior editor, who is always on the lookout for bombproof plants.