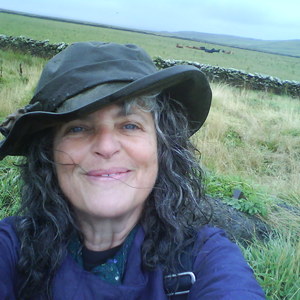 Ms. Belsinger is a culinary herbalist, educator, food writer, and photographer whose articles and photographs have been published in The Herb Companion, Herbs for Health, Natural Home & Garden, Fine Gardening, GRIT, Kitchen Gardener, Organic Gardening, The Herb Quarterly, Gourmet, Food & Wine, Woman’s Day, The Washington Post, and other publications. She has been featured in the Baltimore Magazine, Better Nutrition, Organic Gardening Magazine, Mid-Atlantic Magazine, Victoria Magazine, and The Washington Times. She has co-authored several best-selling, award-winning cookbooks. Her recently released book “the creative herbal home” co-authored with Tina Marie Wilcox is the second in the living with herbs series published by herbspirit in print. “not just desserts-sweet herbal recipes” is the first in the series. Recently, Susan released “The Chile Pepper Calendar” celebrating Capsicum, Herb of the Year 2016. Look for her upcoming book “The Culinary Herbal: Growing & Preserving 97 Flavorful Herbs”, co-authored with Dr. Arthur Tucker, which will be released by Timber Press in January 2016.

Besides gardening organically and teaching, Susan travels throughout the U.S. Canada and Europe giving lectures and demonstrations on subjects including herbs, edible flowers, chiles, garlic, Southwestern, Italian, vegetarian cooking, cooking with kids, gardening, herbs for a healthy lifestyle in the home and for aromatherapy. She has been a teacher at L’Academie de Cuisine, an accredited cooking school in Bethesda, MD, for more than 25 years.

Presently, Susan has been writing 4 blogs a month for www.vegetablegardener.com for 5 years! She was a contributing editor writing regularly for the Herb Companion for over 15 years, and had a regular feature ‘Fresh and Flavorful’ in Washington Home & Garden Magazine. She was the editor for six of the Herb of the Year books for IHA and was the editor for the IHA newsletter for three years. In 2005, she completed an herbal apprentice course with Rosemary Gladstar. In 2003 and 2004, she had a regular feature titled “Season’s Eatings” in Natural Home magazine. Susan was a contributing editor for Vegetarian Times and wrote a monthly column titled “GoingVeg” for the year 2002. She has been moderator and coordinator, and presenter, for a number of day-long seminars on herbs & gardening for the Smithsonian Associates.
Susan has appeared on Good Morning America, CBS Morning News, The Willard Scott Home & Garden Show, National Public Radio, PBS’ Cultivating Life, Ultimate Kitchens, DeLiteful Cooking, and many national and local cable stations. She has given presentations at nationally known places such as the Atlanta Botanic Gardens, Australasian Collge of Health Sciences, Brooklyn Botanic Gardens, Colonial Williamsburg, Denver Botanic Gardens, Gilroy Garlic Festival, Hudson Valley Garlic Festival, Lewis Ginter Botanical Gardens, Library of Congress, Minnesota Landscape Arboretum, National Cathedral, New Orleans Botanic Gardens, Ozark Folk Center, Philadelphia Flower Show, Smithsonian Institution, Smithsonian Folklife Festival, Tai Sophia Institute for the Healing Arts, United States Botanic Gardens, U.S. National Arboretum, and University of Michigan.
Susan resides in Maryland with her husband, Tomaso, and daughters, Lucie & Cady. She has lived in Italy and California & has traveled throughout Europe, the U.S., & Mexico. She is a member of Les Dames d’ Escoffier, Herb Society of America, Garden Writers of America, board member of International Herb Association, American Botanical Council, United Plant Savers. In 2006, Susan received the HSA Joanna McQuail Reed Award for the Artistic Use of Herbs; in 2004 she received a Professional Award from IHA for her outstanding contributions to the herb industry.
Growing vegetables, herbs, and flowers organically, harvesting them at their peak, and bringing them into the kitchen to create healthy recipes is a way of life for Susan. She is passionate about herbs & her work-sharing the joy of gardening & cooking through teaching & writing-& inspiring others to get in touch with their senses of smell & taste.