When it comes to getting a winter garden as exciting as this one, a borrowed idea is just as good as a new one 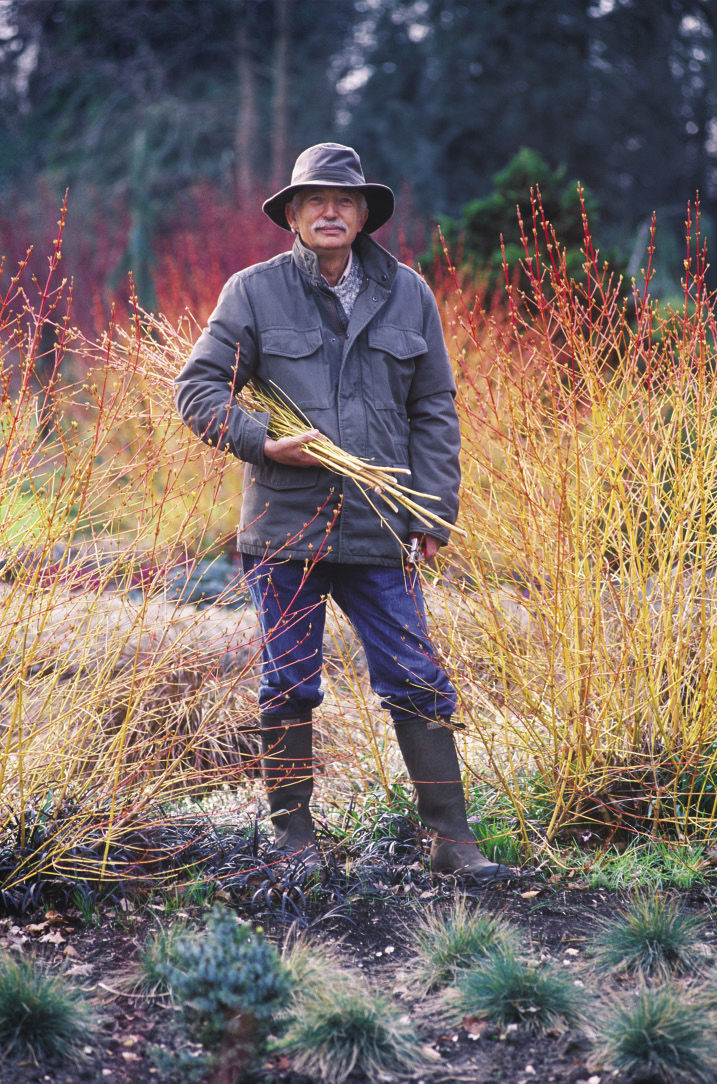 It is easy to dismiss the garden of Adrian Bloom as having no relevance for us normal American gardeners. First, the garden is in England, where, as everyone knows, the climate is always perfect for gardening and everything grows perfectly. Second, Mr. Bloom is a renowned plantsman with access to more, cooler, cheaper plants than we do.

But, erroneous assumptions aside, I keep looking at his garden and thinking, “We could do that here in the States.” One of the smartest ideas we can steal from Mr. Bloom is remembering to pay attention to what the garden will look like when it’s dormant. Whether this season is two months, three months, or six months for you, it’s still a significant length of time when you can just ignore your garden. And while we can’t steal Mr. Bloom’s climate, we can be inspired by his designs—and most of the plants are available here, too.

Sometimes, all it takes is one plant 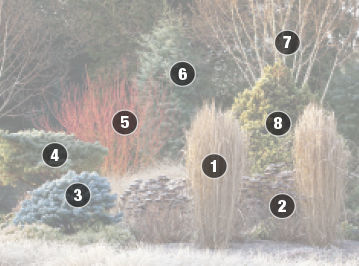 You know you have a strong design if you could remove any of the plants from the scene and it would still work. That’s the case with this scene, but it’s the redtwig dogwood that takes this grouping from “nice” to “amazing.”

Busy can be bold 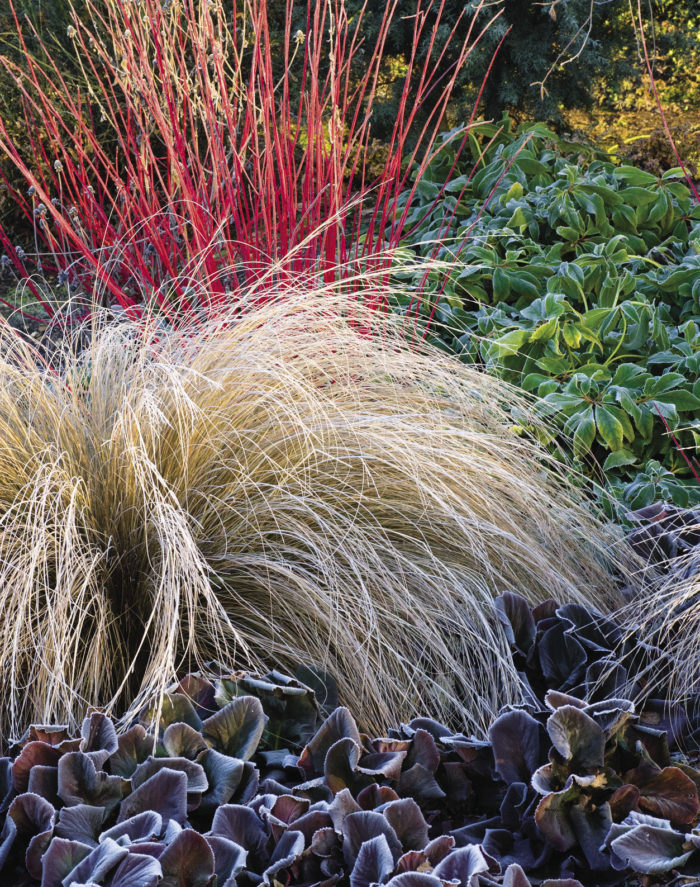 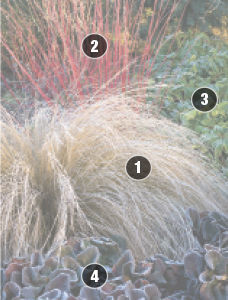 There is plenty of drama to this combination without any need for bold texture. The red stems of the dogwood shoot skyward as though they were the inflorescences of the red tussock grass. Meanwhile, the deep burgundy leaves of the bergenia create busy lines to contrast the easy arches of the grass. 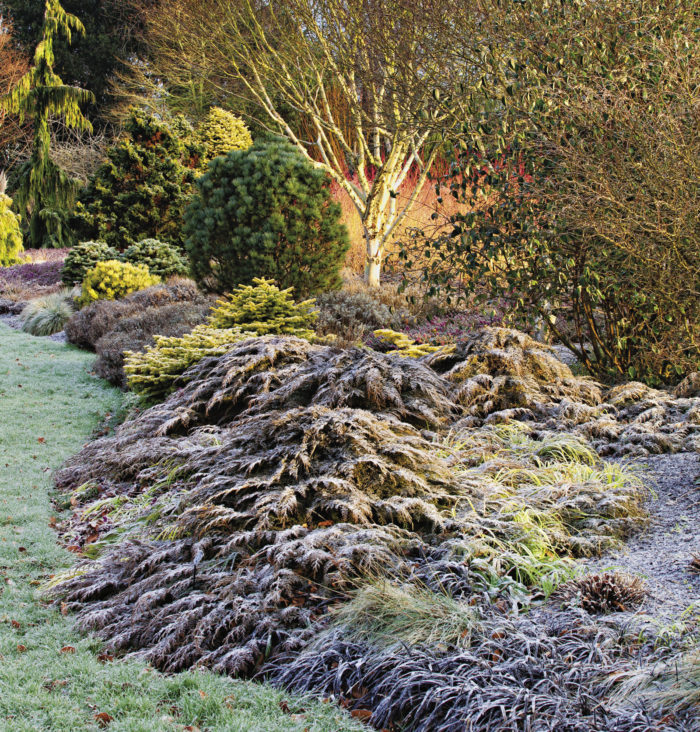 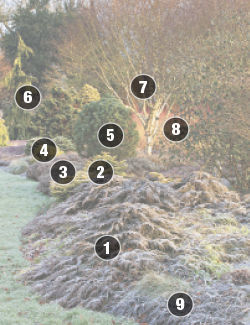 In general, conifers tend to go well with other conifers, their needled texture providing a connection. This unity allows the opportunity to use a variety of shapes and forms, such as the prostrate Siberian cypress, the round Siberian pine, and the funky false cypress.

A design can change with the seasons 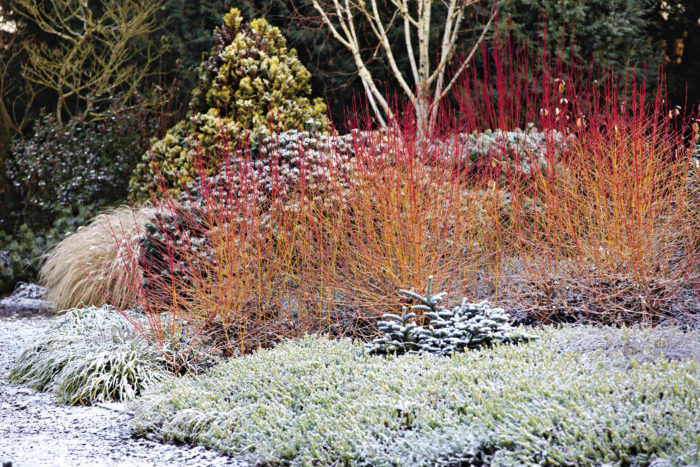 Before it drops its leaves, this row of dogwoods stops the eye and keeps it on the heath in front of it. As the seasons change, however, the role of these shrubs changes as well. In winter, they catch the eye with their brilliant stems and let the viewer see through them, bringing the pines behind them into a scene that now has greater depth. 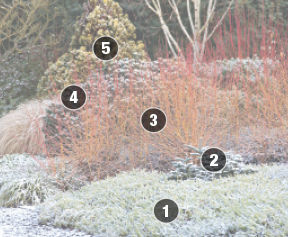 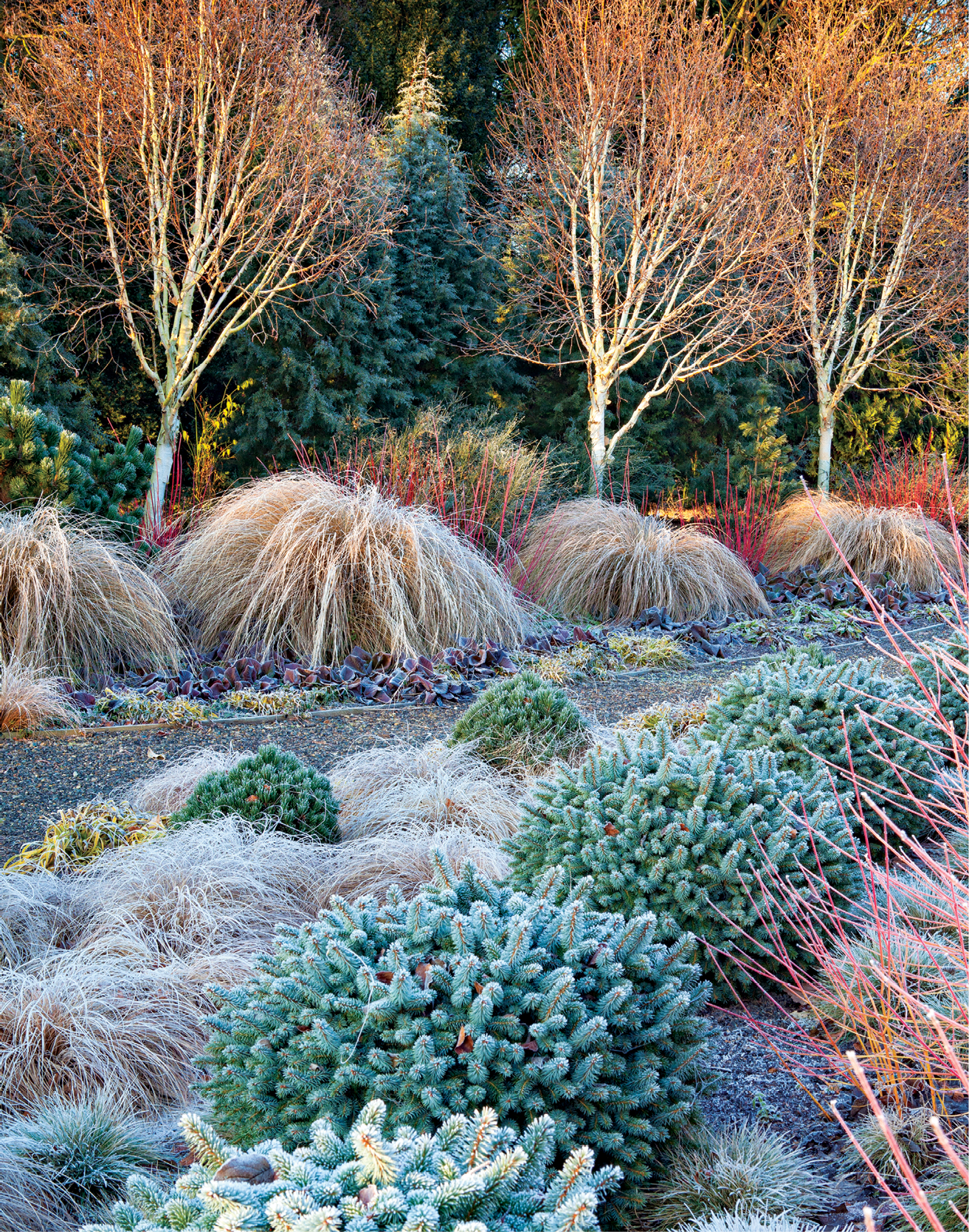 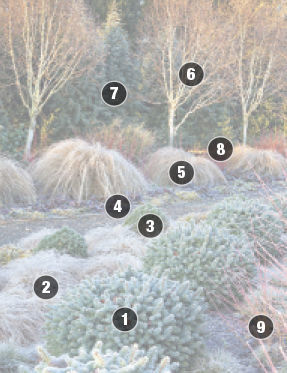 If you were ever unclear about design processes like “creating the bones” or “establishing rhythm,” then this scene should help clear that up. When leaves and flowers have gone, the bones and the rhythm they create remain, and their benefit becomes unmistakable. If your garden is in the North, these rhythmic bones will ensure that even the lumps they create in the snow will look good.

Steve Aitken is the editor.

Today we’re in Stamford, Connecticut. Elle Ronis's garden is always spectacular. We’ve visited it before (Elle's Garden), and today we get to enjoy it in peak spring bloom. It wouldn’t…