Setting the Record Straight on Glyphosate

Every summer, I pull weeds from the gravel under our deck, and last summer was no exception. First, I pulled the big weeds, then I began pulling the smaller ones. It was starting to take time, so I grabbed a bottle of organic herbicide, whose active ingredient is 20 percent acetic acid (concentrated vinegar), and started spraying.

After about a minute, I noticed something hopping erratically in an area that I had just treated. I took a step closer and noticed that I had inadvertently sprayed a young frog. I asked my wife for a bowl of water and quickly washed off the frog. But it was too late; my careless spraying killed the poor critter.

Every chemical—including acetic acid—has benefits and drawbacks. To avoid synthetic herbicides, some people choose organic herbicides, believing that they are safer. But as you can see from my experience, this is not necessarily true.

Of all the herbicides on the market, there is perhaps none so widely used—or as vilified—as Roundup. Roundup works as a weed killer because it contains the active ingredient glyphosate, which kills plants by preventing production of an amino acid necessary for plant health. Other herbicides, such as KleenUp and Imitator Plus, also contain glyphosate.

Glyphosate has been accused of everything from killing aquatic life to poisoning humans. Some of these claims might be true, while others might be exaggerated or not supported by evidence. Let’s take a look at a few of the most common claims so that you can decide whether glyphosate-based herbicides are a good choice for you.

Tip: Whether synthetic or organic, use all herbicides with care – The use of any herbicide should not be taken lightly. The best choice for weed control is to hand-pull weeds and use organic mulch. If you choose to use an herbicide, however, and you are careful to follow the directions on the label, then a glyphosate-containing brand may be a reasonable choice for killing weeds if the product is used judiciously.

Claim 1: Glyphosate will end up in your drinking water 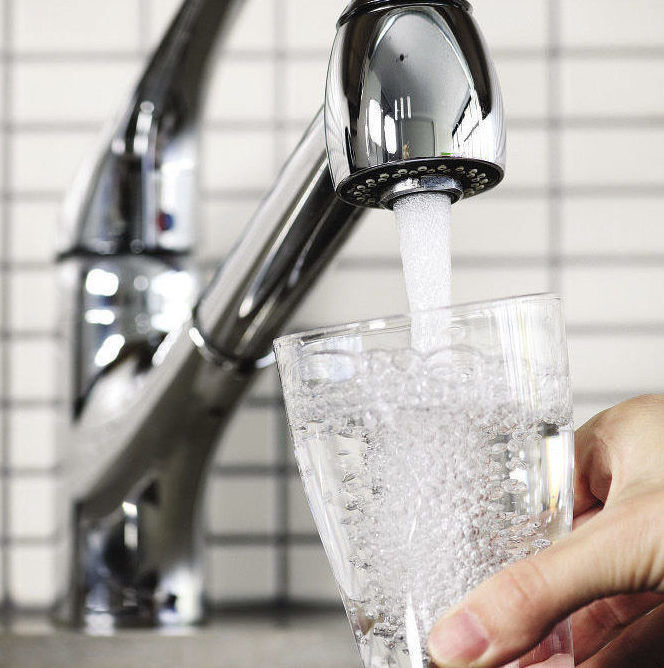 Claim 2: It builds up in the soil

When glyphosate is applied to plants, some will inevitably get into the soil. But the chemical binds rapidly to small particles, which inactivates it. In other words, the binding stops it from producing toxic effects. Glyphosate can last six months or more in soil before it disappears. It is generally considered to be immobile in the soil, but this isn’t always the case. 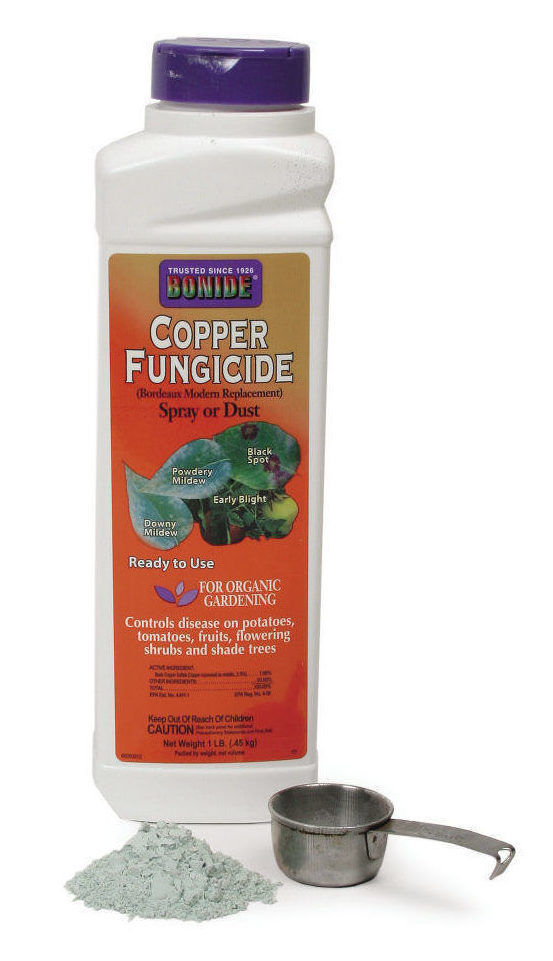 Claim 3: The chemical is poisonous to people

You may have heard that glyphosate is toxic to humans. Glyphosate is, actually, one of the lower-toxicity chemicals we use in the garden. It is less toxic than many organic pesticides, such as bordeaux mix (which is a combination of copper sulfate, lime, and water) and pyrethrins (botanical insecticides derived from chrysanthemum flowers). Most of the information we have indicates that glyphosate isn’t dangerous if you use it according to the directions on the label. 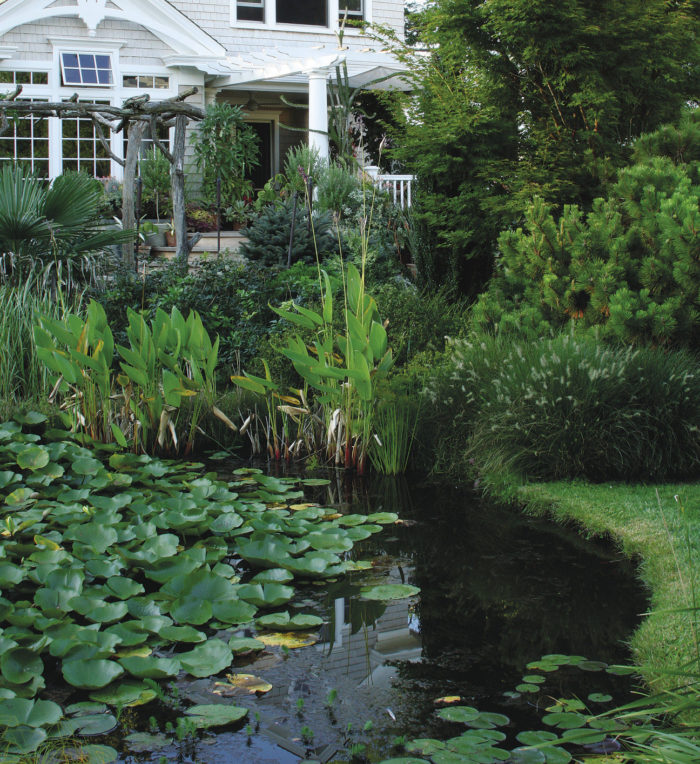 Yes, synthetic herbicides can kill frogs. But it is most likely the inactive ingredients in the herbicides that kill them, not the glyphosate. Rick Relyea, a researcher in the Department of Biological Sciences at the University of Pittsburgh, found that Roundup killed tadpoles when it was present in ponds. Even a relatively small amount of Roundup or any other glyphosate-containing herbicide with its corresponding inactive ingredients could hurt aquatic life, so you should avoid spraying it near open water, like a pond, stream, or lake.

Tackling the Tough Questions on Glyphosate

Are the inactive ingredients in synthetic herbicides the real culprits?

What about a recent paper that claims that glyphosate is the most damaging chemical on Earth?

A paper was recently published in the journal Entropy that purportedly demonstrates that glyphosate is “the most biologically disruptive chemical in our environment.” In the authors’ words, glyphosate contributes to “most of the diseases and conditions associated with a Western diet, which include gastrointestinal disorders, obesity, diabetes, heart disease, depression, autism, infertility, cancer and Alzheimer’s disease.” The authors did no original research; they, instead, collected and compared numerous articles to conclude that glyphosate affects human health. Most scientists find the article to be full of flaws, in large part because the authors connected the dots in a weak way. At the end of the paper, they encourage “more inde­pendent research to take place to validate the ideas presented.” That is exactly what the authors presented: ideas that have not been validated. What has not been presented is any real evidence that glyphosate causes the problems the paper suggests.

The Consequences of Spraying Glyphosate 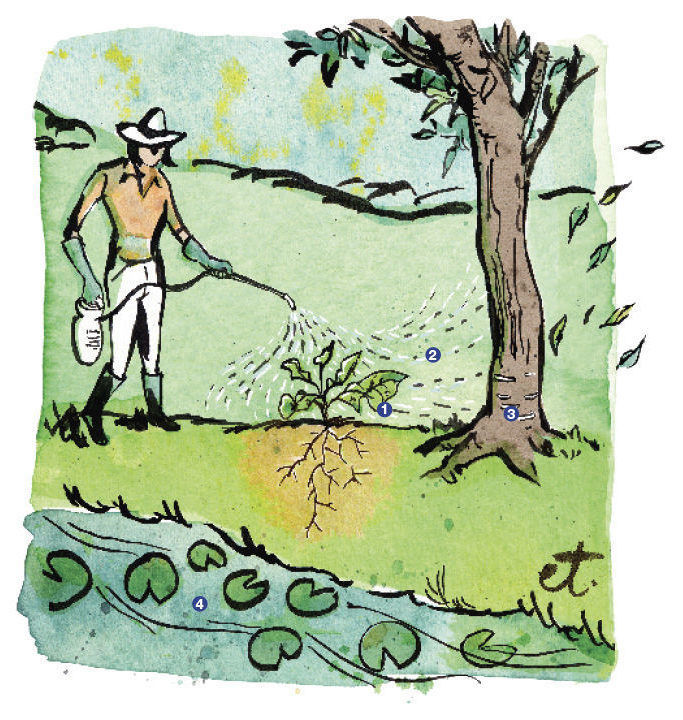 The chemical becomes absorbed by leaves and is translocated throughout the weed and inhibits the formation of amino acids necessary for growth. Without these amino acids, the weed will die.

3. The chemical may enter the trunk or stems of damaged trees, causing harm

Be careful when spraying glyphosate near trees that have lenticels (small openings on the bark of woody plants) or that have been damaged by weed whackers, pests, or diseases.

Unless it is specifically labeled for that purpose, the chemical should never be used around ponds, lakes, streams, or other bodies of water.

Jeff Gillman, author of The Truth About Organic Gardening, is an associate professor of horticulture at the University of Minnesota in St. Paul.

Today we’re headed to Florida to visit Linda Robert’s subtropical garden. My mom and I started working on what we call "the jungle garden" 17 years ago. It was just…