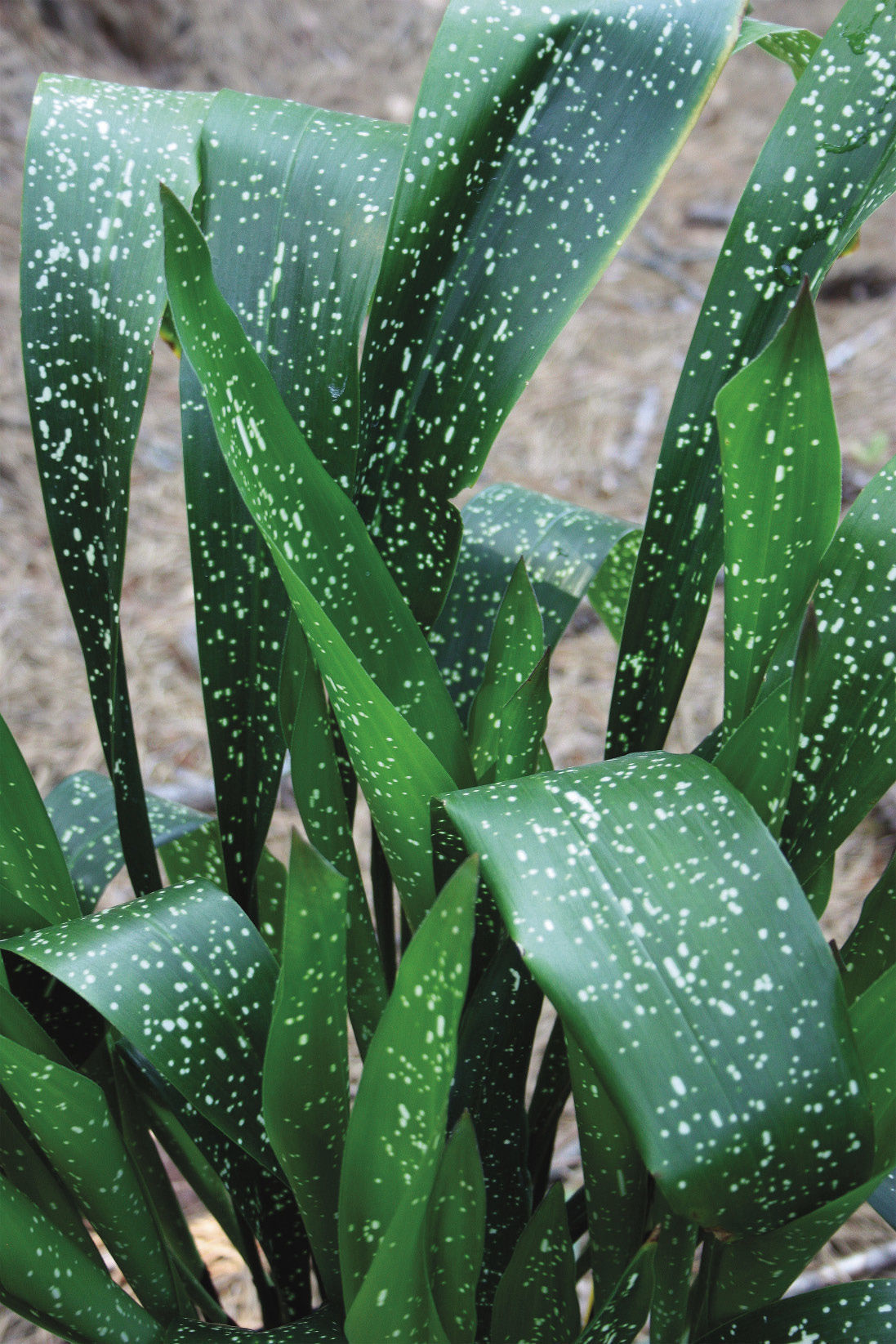 Size: Up to 30 inches tall and wide

Maybe cast-iron plant is too cast-iron for its own good. It takes care of itself, so no one else does. Trim back and fertilize those old clumps—they’ll stand up and shine. And while rediscovering the beauty of this old-fashioned plant, check out the cultivar ‘Spek-tacular’, not only because it’s so liberally speckled but also because of its elegant posture and the graceful dip of its leaf tip. Like most cast-iron plants, ‘Spek-tacular’ will survive the worst conditions, but it’s so handsome that you can’t help but pamper it. 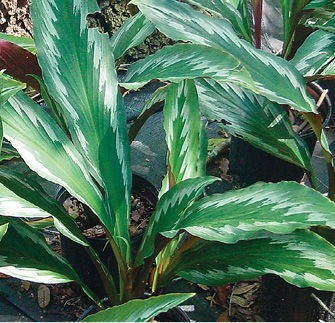 Size: Up to 30 inches tall and wide

Peacock ginger is a jungle creature, grubbing for moisture and light beneath overbearing trees, and it can be just as tough under the greedy trees in your yard. Think of peacock ginger as the hosta of the deepest South. But it’s far more tolerant of high heat and humidity than hosta, and hosta can’t compete with the variety of leaf patterns and colors of the new hybrids of peacock ginger. ‘Raven’ is exceptional because it not only holds its flame-stitch patterns high for all to see but also survives difficult shade. If you give it some direct light, it might produce charming orchidlike blooms at its base. But it’s those tall, intricately patterned leaves that attract a crowd. 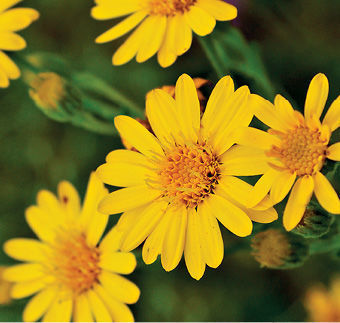 Size: 6 inches tall (with flower stems up to 2 feet tall) and spreading indefinitely

This southeastern native is full of tricks. The leaves look like grass woven out of turquoise silk. Silvery stalks produce dozens of golden asters in late summer, followed by jaunty shaving-brush seed heads. Silk grass is an aster, and like so many of its golden aster relatives, it is a master of dry, acidic soils. It blooms most abundantly in brutal sunlight, yet it’s remarkably tolerant of shade, and its leaves can persist even under the shadow of a live oak. For best effect and bloom, give it at least a couple of hours of direct light. But where the sun rarely shines, those silky leaves are always a surprise. 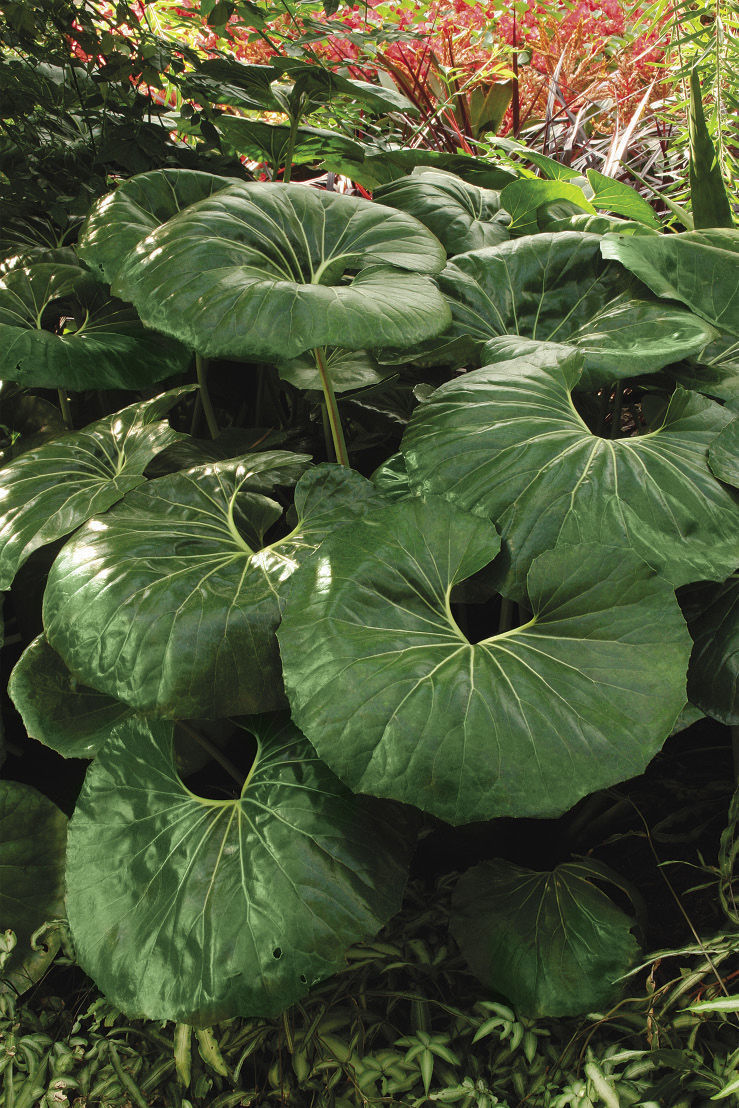 For a century, Farfugium japonicum crept in and out of coastal gardens as the leopard plant, recognized for the yellow spots of its most popular cultivar, ‘Aureomaculatum’. Now leopard plant is back, along with its spotless kin. Giant leopard plant has leaves bigger than most. What the name doesn’t give away is the dark green gloss that shines on the leaves like shellac. In wetter soils, giant leopard plant falls to root rot, but in well-drained soils, it thrives with only occa­sional irrigation. It produces a showy crop of golden daisies in sufficient sun, but the leaves are even showier.

Bill Finch is chief horticultural advisor for the Mobile Botanical Gardens in Alabama.