I recently got an email from the folks at David Austin Roses and it in was a note that on February 16, 2017 Mr. Austin will celebrate his 91st birthday! It also notes he shows no signs of slowing down in the breeding of new roses. It reminded me of another rose breeder who also lived to a good age and that was Ralph Moore. While I only met Mr. Moore a few times, I remember at the age of 94 he was still breeding roses and said he wasn’t ready to stop because he had just done some new crosses and it would be two years before he would see the results. I suspect Mr. Austin feels much the same!

David Austin Roses has released two new varieties for American and Canadian gardeners in 2017. ‘Desdemona’ is white and ‘The Ancient Mariner’ is rich pink. Both are available via their website at www.davidaustinroses.com.

‘Desdemona’ bears white blooms on a compact shrub to around 4 feet in height. The blooms are medium sized, around 3 inches across with about 50 petals. Like all David Austin Roses it is fragrant. David Austin Roses technical director and senior rosarian Michael Marriott considers it to be the best white Austin rose to date. Even better than Winchester Cathedral which from personal experience I know to be a very good rose and has stood the test of time for over two decades.

‘Desdemona’ blooms all season and repeats quickly which means it is rarely out of bloom. White flowers are very useful in the garden as they provide the eye with a resting point between other colors and are also very useful to separate colors that clash. The overall health is very good and that is consistent with what I am seeing out of David Austin Roses at The Biltmore International Rose Trials. 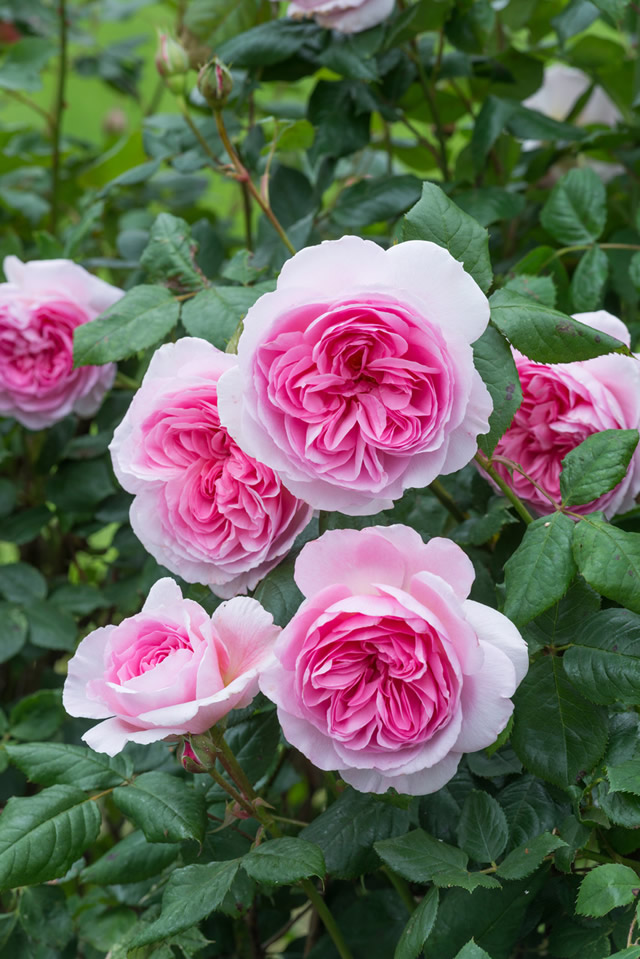 ‘The Ancient Mariner’ bears larger blooms of 4 to 4.5 inches across. They can be quite heavily petalled early in the season, when temperatures are cooler, with petal counts up to 160 per flower. Later on expect around 60-100 depending on where you live. Warmer climates will be on the lower end of the count while cooler ones will be on the higher end.

The bloom shape is classic David Austin. The color is a rich pink that is deeper in center. The outer petals are more translucent which allows the light to glow through them. I’ve seen this on other David Austin Roses and the effect is lovely. It is of course fragrant.

One thing to consider about ‘The Ancient Mariner’ is that it is a taller growing David Austin Rose. It’s listed at 5 feet tall but they do mention it can get taller in warmer climates. Anyone who grows Graham Thomas in a warm climate will know exactly what they mean. Because of this potential I would advise those trying this rose in a warmer climate keep it at the back of the border and be prepared to pillar or peg it. Better yet perhaps place it against a low fence and treat it is a short climber. I’ve had terrific success with the latter use of some of the tall David Austin Roses.

We are blessed to have Mr. Austin still breeding roses at the almost age of 91. If he takes the same route Mr. Moore did he will be doing so for many years to come!