Lidia’s Menu for the Pope 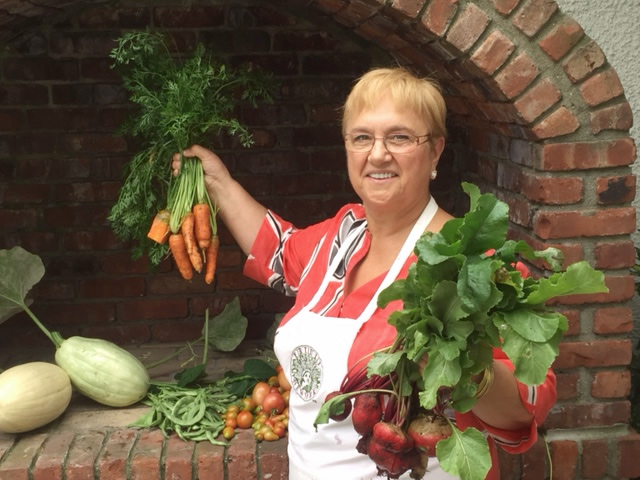 From “What The Chef Grows” featured in the March/April 2016 Issue of Fine Gardening Magazine (page 44).

Exerpt: “Most people wouldn’t argue that I know my way around a kitchen. What many don’t know, though, is that I know my way around a garden, too. I learned how to garden—and subsequently cook—from my grandmother. Nonna Rosa, who lived in Italy, grew much of the food that was brought into our kitchen. It was during this time in my childhood that I came to a realization: To get the best ingredients, sometimes you had to plant them. There is nothing better than knowing an essential part of a recipe was grown by you and freshly picked by you. Years later, when I bought a home and started my own family in Queens, New York, I knew a garden was something that I couldn’t be without. For over 30 years now, I—along with my mother, Erminia—have started scores of veggies from seed and planted them in my chef’s garden. Aside from ‘Genovese’ basil and ‘Roma’ tomatoes, you’ll find several lesser-known veggies that I consider essential favorites, including the ones featured here.”

The papal menu was created at Lidia’s flagship restaurant, Felidia, and includes several of its signature dishes such as Cacio e Pere, the famous pear and pecorino ravioli, along with simple appetizers using local produce and herbs from Lidia’s home garden. Below are the recipes for: 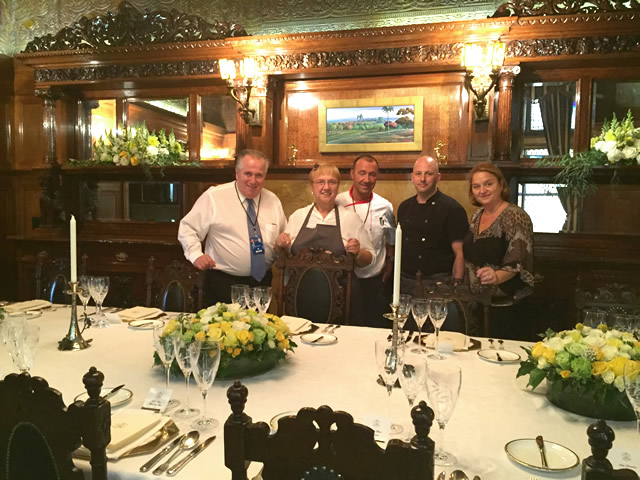 Serves six as an appetizer salad

This delicate and quite simple ravioli is a lovely way to enjoy the affinity of pear and cheese. The filling is a lively blend of shredded ripe pear, shredded 3 to 6 months aged Pecorino Romano, Grana Padano and mascarpone—just stirred together at the last moment. Makes one pound of pasta for 20 to 24 ravioli.

Ingredients for the dough:

Directions for the dough in the food processor:

Ingredients for the filling:

Directions for the filling:

Filling and Forming the Ravioli:

Ingredients for the sauce:

Saucing in the Skillet and Finishing:

This is a simple and light dessert that you will make over and over again in many different ways. It is great by itself, with some chocolate or fruit syrup poured over it, or topped with ice cream and berries. In the winter, I like it with poached or baked winter fruits, such as pears, apples, or quince. Serves eight.