And The Winner of the “Succulent Container Gardens” Book Is….

I bet you’re wondering who won Debra Lee Baldwin’s Succulent Container Gardens book. If you didn’t see my review on April 19, I offered a free copy just for leaving a comment at the end of the blog post. From the 75 people who were kind enough to jump into the game, Seattle gardener Angela Davis, number eight, was randomly selected.
I contacted a thrilled Angela and asked for a few words and photos. It seems she’s pretty new to the succulent world.

“Early on, I didn’t like succulents at all” says Angela. “For me, it all started in 2007 when I saw aeoniums featured in a garden that was on the Woodinville Garden Club garden tour. The owner told us he kept them outside all year (yeah right). I got my first aeonium a couple weeks later – it didn’t last through the winter.”

If you are not blessed with a mild, dry climate that makes growing succulents a  cinch, the controlled, portable environment of a brightly glazed pot or rusty old pail might be the way to go.

“We get a lot of rain, so I’m now experimenting by planting my two new agaves (Blue Steel & Jaws) in a mix of gravel, drain rock, and soil to keep the plant roots from staying wet. I especially like succulents in my back yard since my two Silkie hens and rooster leave them alone.”

Though Angela is finding her way, it’s pretty clear that she’s open to expanding her world, writing,

“Since succulents are a new passion, I would LOVE help and advice of any kind.”

Well, Angela, your wish is my command. I sent your e-mail to Debra and she offers this customized advice for growing succulents in less-than-perfect succulent territory (Angela’s gardening climate is USDA 8a / Sunset zone 4).
I hope you don’t mind having the rest of my readers peek over your shoulder.

Finding out that you are the winner is like coming full circle for me. Three years ago while speaking at the Portland Yard, Garden and Patio Show, I gave my first presentation on my first book, Designing with Succulents (Timber Press, 2007). Since Portland’s below-freezing winters and rainy climate are not ideal for the majority of succulents, I emphasized container culture, because anyone, anywhere can grow succulents in containers.

So, right out of the hopper, I realized a need for a second book on succulents: Succulent Container Gardens. A few key considerations…

Sources  One of my favorite nurseries in the Pacific Northwest is Cistus, owned by one of the nation’s most knowledgeable horticulturists, Sean Hogan. I also recommend Kara Nursery. And anything can be ordered from Internet mail-order nurseries—simply Google the name of the plant.

Expertise  Regardless of where you live, there’s likely a chapter of the Cactus & Succulent Society of America in your area. They’re your best source of info on what succulents will thrive outdoors year-round, as well as how to grow those that are more challenging.

Local Support  In Seattle, the Cascade Cactus & Succulent Society of Washington State meets the third Sunday of each month at the Center for Urban Horticulture on the University of Washington campus.

So, Angela, let us know how you and your succulent collection are doing. I hope the book gives  you inspiration and insights, and that your experimentation with hen-and-chicks doesn’t confuse your hens and rooster. 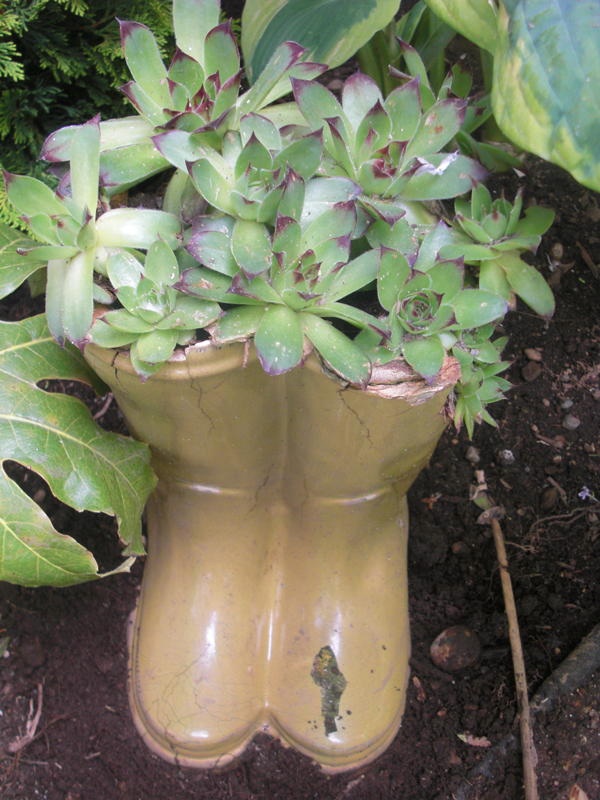 Even More Information: Angela’s garden exploits can be seen at her delightful blog, Gardening In My Rubber Boots

You can read what Debra Lee Baldwin is up to at her blog. See if she’ll be speaking in your area soon!

If you live near Angela, you can find the Cascade Cactus & Succulent Society here. 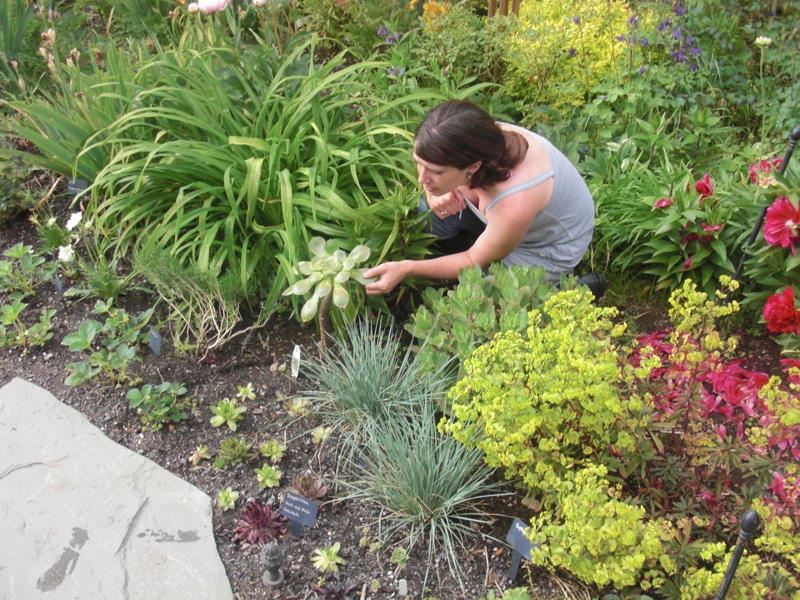