Which Pruner Is Right for You?

For the tool that always comes in handy, consider comfort, design, and power

Of all the tools on the garden-center shelf, there is nothing more variable in style and appearance than pruners. It’s worth your time to consider different styles and brands to find the right fit before you buy. Some people consider a pruner’s ability to cut through thick branches its most important characteristic, while others prize an easy-to-use latch or comfortable handle. With so much variability in consumer priorities, it’s no wonder so many different types of pruners have found a niche in the marketplace.

I had 11 different testers who varied widely in age and experience evaluate 13 different midsize bypass pruners by cutting various-size stems. These testers quickly identified the most important characteristics that affect a buyer’s pruner choice: comfort, latch, and cutting power.

Comfort comes down to familiarity and hand size

Pruner comfort is a personal decision. When I asked testers to rate the comfort of the handle, it was typical for a pair of pruners to receive both high and low comfort ratings depending on the person asked. Many of the testers regularly used Felco 2 pruners, which most landscapers consider the industry standard. When these testers used other pruners, they often found themselves less impressed with the comfort, presumably because they had an unfamiliar feel. Overall, the most comfortable pruners included the Felco 2, Corona BP 6250, Dramm, Fiskars Professional, and Haus & Garten.

Generally speaking, for people with medium or large hands, all of the pruners were acceptably comfortable. Some pruners, however, were a little bit better for smaller hands: the Fiskars PowerGear™, the Wolf-Garten, and the Dramm pruners. Though we didn’t test them, there are pruners made specifically for smaller hands, such as the Felco 6. Lefties should consider ARS, Okatsune, Wolf-Garten, Dramm, G&F, and Corona Classic, as these pruners have grips that can easily accommodate either hand. Few of our participants liked the rotating handles of the Corona 4840 or Fiskars PowerGear pruners. However, when gauging the amount of force needed to cut branches, pruners with rotating handles performed well and had testers re-evaluating their definition of comfort for heavier jobs that required more power.

Latches: You either love ’em or you hate ’em

Testers rapidly learned that there were as many types of latches as there were pruners to be tested. Latch style, like overall comfort, was extremely polarizing, with some people loving one particular type of locking mechanism and others hating it. Latches were constructed using highly diverse mechanisms. From the Okatsune with its flip latch at the end of the handle to the Dramm with a plastic slide latch on the inside of the handle, all of the pruners had their fans. Even the ARS pruners, which had the lowest latch rating overall, had one tester raving about how easy it was to engage and disengage with one hand. The G&F pruner had some problems staying latched shut with its relatively weak wire hook, which easily slipped its catch.

There is a plethora of different pruners because people have different tastes and different jobs that they’re trying to accomplish. Selecting the right pair of pruners for you will take some trial and error. If you can, try the pruners that your friends and relatives use, and ask for input from people who do pruning tasks similar to those that you do before committing to one pair.

We all want power

To test pruner power, a group of three testers cut through half-inch-thick sections of Carolina allspice (Calycanthus floridus, USDA Hardiness Zones 5–9). While there were a few pruners that required more effort to cut through half-inch limbs, we found the Dramm pruners unacceptable. Not only did it take more force to cut half-inch-thick limbs than that required for most other pruners (a forgivable flaw if the user intends to do only light cutting), but the handles also broke while being used on a slightly oversize branch, something almost all of us try at one point or another. This is a major flaw, especially considering that the user who broke the pruners was applying force with only one hand.

There is a plethora of different pruners because people have different tastes and different jobs that they’re trying to accomplish. Selecting the right pair of pruners for you will take some trial and error. If you can, try the pruners that your friends and relatives use, and ask for input from people who do pruning tasks similar to those that you do before committing to one pair.

Note: For our sources, we tried to go with the manufacturer’s online site, but thanks to the Internet, you can find many other places and prices at which these pruners can be purchased.

Match your tool to your pruning style

If you’re going to be cutting through a wide variety of different limbs and want something that has the best chance of handling oversize branches, then you should consider the Corona BP 4840 or the Fiskars PowerGear 2™. 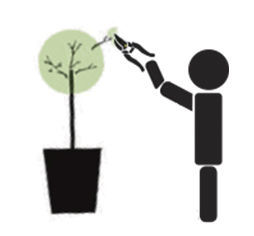 If you want pruners for infrequent light work, almost any of the pruners will do, but we suggest at least considering the Felco 2, Fiskars Professional, Wolf-Garten, and Haus & Garten because of their combination of comfortable feel and easy-to-use latch. Though the Dramm pruners ranked highest in combined latch and comfort, they are not recommended because the sample we purchased failed under stress. 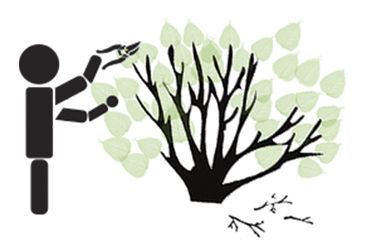 Based on the experiences of our participants in this test as well as in their everyday jobs, pruners to consider for their long-term reliability include the Felco 2, Okatsune, and Corona BP 6250.

Jeff Gillman is director of the University of North Carolina at Charlotte Botanical Garden.

This site is protected by reCAPTCHA and the Google Privacy Policy and Terms of Service apply.
See all newsletters
Previous: Basic Pruning Tools Next: These Shears Are an Essential for Tidying Your Garden
X
View Comments