Twitter Your Way to a Great Garden with #gardenchat

Since October 2010, Brenda Haas (BGgardens.com) has been changing the face of gardening tweet by tweet. Using the hashtag #gardenchat (don’t glaze over from Twitterspeak just yet, I’ll help you out soon) Bren’s social networking brainchild now attracts anywhere from 40,000 to 100,000 garden lovers on any given Monday night, from 9 to 10 PM (EST).

Bren explains the roots of #gardenchat: “A group of gardening Twitter users were tweeting about growing and decided to make it an official ‘event’ on the social network. Every week there’s a scheduled topic and a guest expert who expounds on it and answers questions. And since the topic is announced in the week leading up to the chat, participants can submit questions in advance.

Here’s an excerpt from one of my favorite garden people, Jayme Jenkins (ahamodernliving.com), who co-hosted the #gardenchat session on Cocktails in the Garden on June 4, 2012. Just before the official start, Jayme tweeted “So…is it bad that I’m co-hosting #gardenchat about cocktail gardening in about 30 min and I feel like having a beer instead?” Sixty minutes later, 932 tweets careened through the ether, touching on everything from sweetening cocktails with agave syrup to making johnny-jump-up ice cubes to something about bacon. (With cocktails??? Ewwww!!!!)

But there’s serious garden advice too, like evenings dedicated to sustainable landscape design, how to get kids active in the garden, modern homesteading, and lawn care tips. 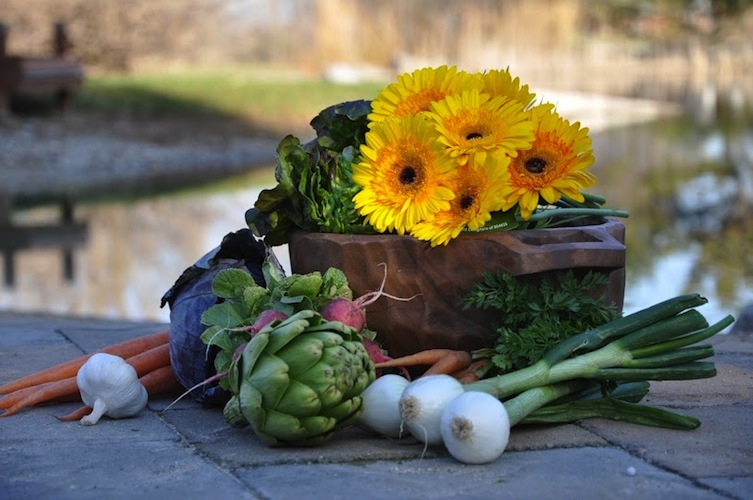 The coolest part is that even if you don’t make it to the real-time tweeting event, you can visit the #gardenchat web site, click on the Transcripts tab, and read or download the Q&A stream any time you feel like it, but I suggest you join the fun or miss out on asking questions or sharing your own knowledge.

For readers who’ve steered clear of Twitter due to a raging case of technophobia, #gardenchat makes it easy to get on board. Bren has created a clear explanation to kick-start your mind-expanding, garden-improving journey. One click on the How To Participate tab and a few paragraphs of reading, and you’re good to go. Don’t feel like reading? On the same page you’ll find a delightful video where Bren (and her shocking pink blouse) explains how to get rolling.

So what’s a hashtag, anyway? That tic-tac-toe-looking symbol is what Twitter uses to let people search for a particular term, in this case, anyone sending out a tweet that they want other #gardenchat followers to find. As Twitter defines it: “The # symbol, called a hashtag, is used to mark keywords or topics in a Tweet… People use the hashtag symbol # before a relevant keyword or phrase (no spaces) in their Tweet to categorize those Tweets and help them show more easily in Twitter Search.” (read more)

Bren didn’t set out to create a gardening information phenomenon. When asked what she thinks is the value of #gardenchat, I opened a flood gate:

“Well for me, I love techy stuff, so being able to make a social presence for a group of garden enthusiasts who share on Twitter is rewarding! In the past two years my own garden has doubled thanks to being inspired and building the confidence to try different angles of gardening I’d never imagined I would do. This is all from what I’ve learned from friends on Twitter using social media.”

Aside from administering #gardenchat, Bren stays busy at home in Ohio.

“We moved to the country in 2003 – 18 acres (11 wooded) where my husband and I have raised our 2 kiddos, 6 cats and an Australian Shepherd named Olivia! Did I mention we have 18+ show rabbits that make much of the natural compost for my veggie gardens and roses?!

Bren is also a fabulous photograph and videographer, often traveling to garden industry trade shows, then recording the goings-on and bringing the information back to small independent garden centers who can’t make the trip.

The #gardenchat hashtag stream has also become active 24-7 with shares from garden enthusiasts from around the world! Their list of friends check in from New Zealand, Brazil, UK, Canada and Ireland.

Why You Should Check Out #gardenchat

It’s evident from your interest in Fine Gardening’s blogs that you have a passion for gardens, just like Bren and thousands of others. So take a few minutes to check out what’s going on, then jump into the whirlwind and expand your gardening world with #gardenchat. 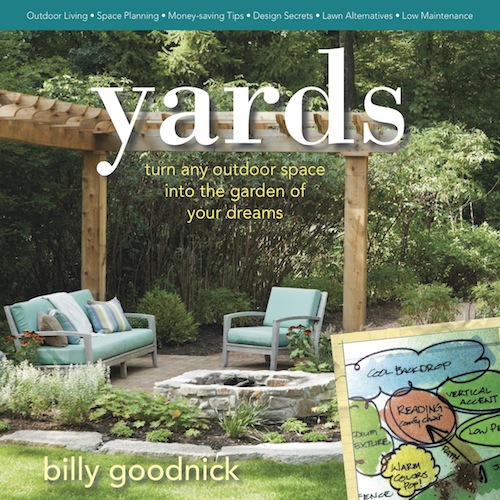 NEWS FLASH! I’m writing a garden design book titled, “Yards: Turn Any Outdoor Space Into the Garden of Your Dreams.” It’s the garden design book you need to read before you read all the other ones. You’ll learn the thought process that professional designers like me use to create gardens that aren’t just drop dead gorgeous, but also serve as an extension of your home, while treading gently on the planet.

Here’s what Amy Stewart, New York Times best-selling author of Wicked Plants has to say: “Billy Goodnick delivers the most laid-back, user-friendly and entertaining garden advice you’ll ever read. Invite him into your backyard – now!”

The book comes out in March 2013 (cuz I’m still writing it) but you can pre-order today at Amazon.com, indiebound.org, Powell.com, and soon to be listed at Barnesandnobel.com.

Surprises and Lessons From Barbara’s Garden

Today’s photos are from Barbara Owen in Wellesley, Massachusetts. I’ve been enjoying the submissions from many gardeners showing their “best in show” or “summer highlights.” As I reviewed my photos…