Tiptoe through the bluebells

There are many parts of the world where the native flora can stop you dead in your tracks: the high meadows around Mount Rainier, the Akrotiri Penninsula in Cyprus, the French Alps or Namaqualand in South Africa*. 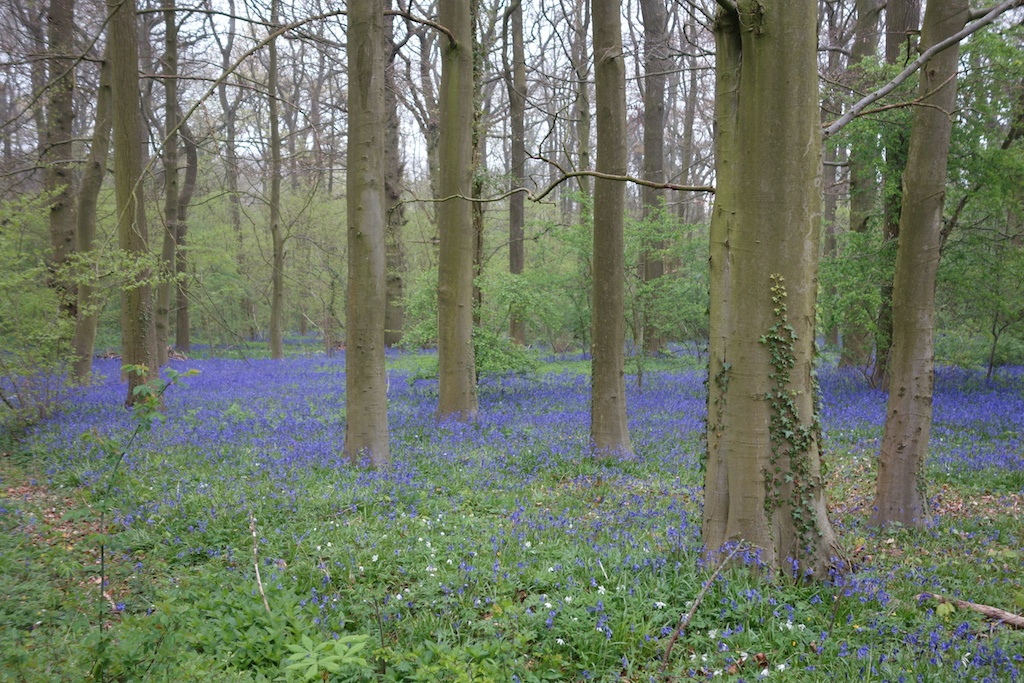 I would like to introduce you to something that is perhaps less showy but is exclusive to Britain and parts of Europe – although we, obviously, know that ours are the best. I am talking about the Bluebell wood. These are scattered all over the British Isles, some large some tiny: the one of which I am particularly fond backs right on to my garden so I see it every single day. I watch the woodland change from a dense shady canopy during the summer, to a naked and shivering tracery of dripping and frosted branches in winter. The time which marks the tipping point, the fulcrum between winter and summer are the Bluebells. 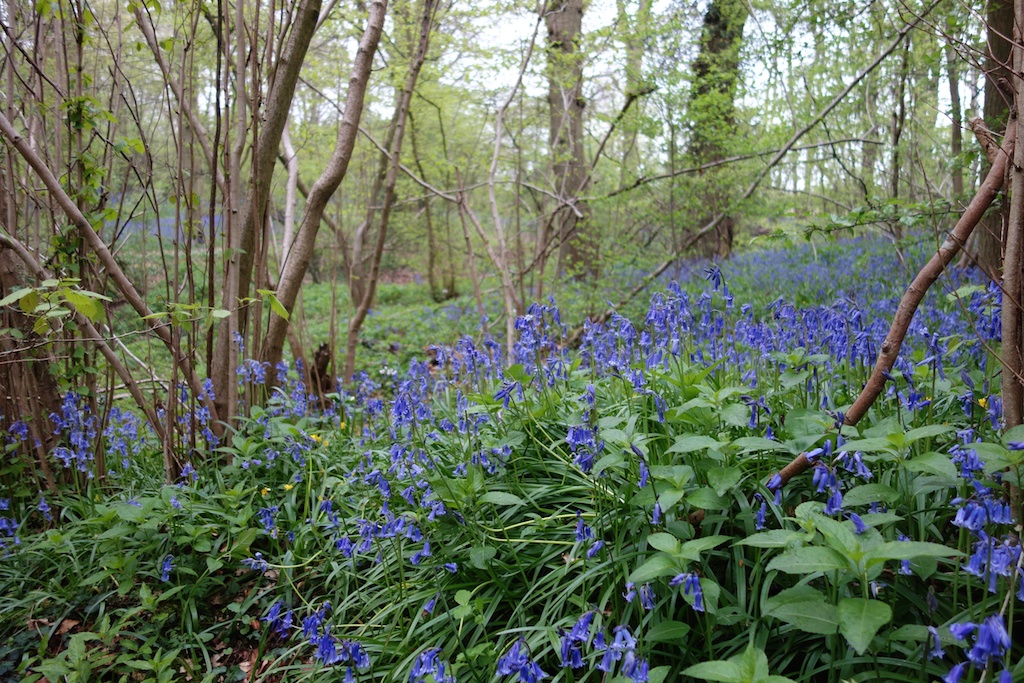 The English bluebell (Hyacinthoides non-scripta) is not a particularly fussy plant. All it asks for is a bit of deciduous woodland: in our case the wood consists of mature beech (Fagus sylvatica) and oak (Quercus robur), a lot of ash (Fraxinus excelsior), a midstorey of hazel (Corylus maxima) and hawthorn (Crataegus monogyna). This gives an open canopy in winter but that closes in during the summer which tends to shade out the worst weeds and keeps the woodland floor relatively clear. Perfect conditions for bluebells.

It is a wonderfulwoodland plant, scented and delicate although quite invasive. They reproduce by seed and by sending out runners from which new bulbs sprout: they have to be pretty savvy to carpet woods so effectively. We do have a slight problem with a foreign invader – the Spanish bluebell (which was imported as a garden plant) is beginning to muscle in on our woodlands. It is much bigger and stronger so tends to win if there is a genetic wrestling match. You can tell the difference because it has larger flowers and blue pollen where true native bluebell has white pollen.

All this aside that little bit of woodland is a magical place to be this month. We walk through it every morning and I wander up there every so often during the day just to catch the light from a different direction. The other interesting thing is that the blue is much more intense when the day is a bit cloudy – a default setting for Britain! 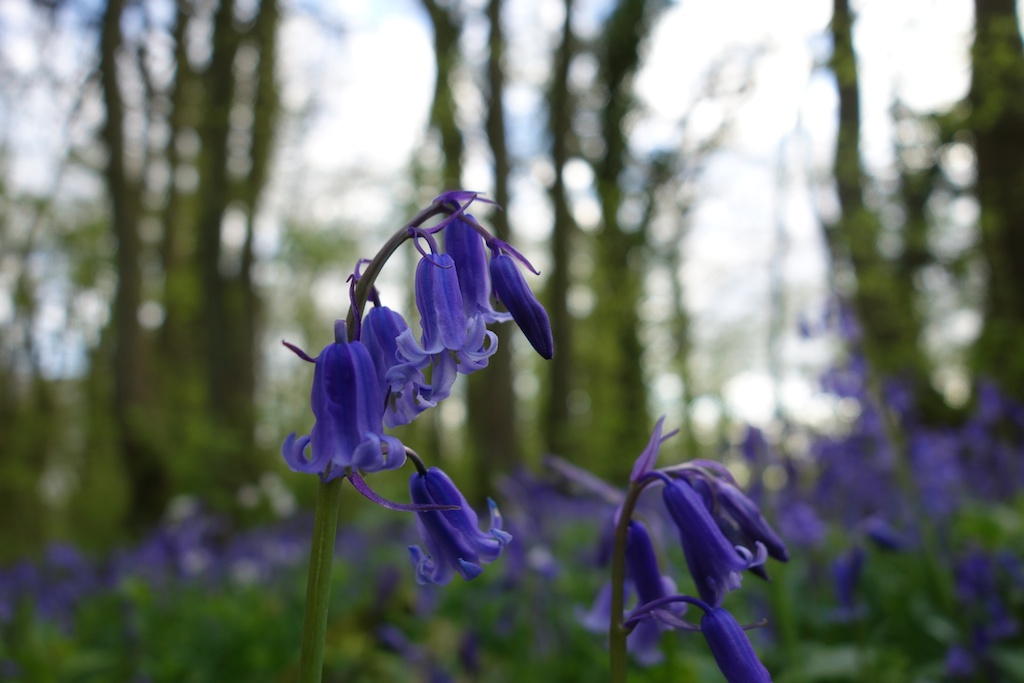 I have always liked plants with a story: the bluebell is named after Hyacinthus who was a very handsome Greek lad who was killed while trying to catch a flying discus in order to try and impress the god Apollo. On finding his lifeless body Apollo shed a tear which turned into a bluebell when it hit the ground. Nice story but please do not try and catch a discus – they are very heavy and travelling at quite a velocity.

I made a little film about bluebells here but, as I think I mention, it is impossible to actually show the full grandeur and deliciousness of a bluebell wood in pictures. You need to be there with the smell of spring in your nostrils, the birds singing and the sun glinting through the young leaves.

Book yourselves a plane ticket: come and spend spring in England, there is nowhere better.

* There are even more here