Here in Britain we are having a bit of an extended heat wave. This is also known as “summer” which is not a season that has been in evidence much over the past few years. By “heat wave” I mean that the temperature has been hovering about at around 25 degrees centigrade and we are all quietly melting away. I fully realize that for inhabitants of such fine places as Texas or Arizona these temperatures may seem a little balmy and would probably have you reaching for an extra coat but to us, in our pale Northern European way, this is quite something. 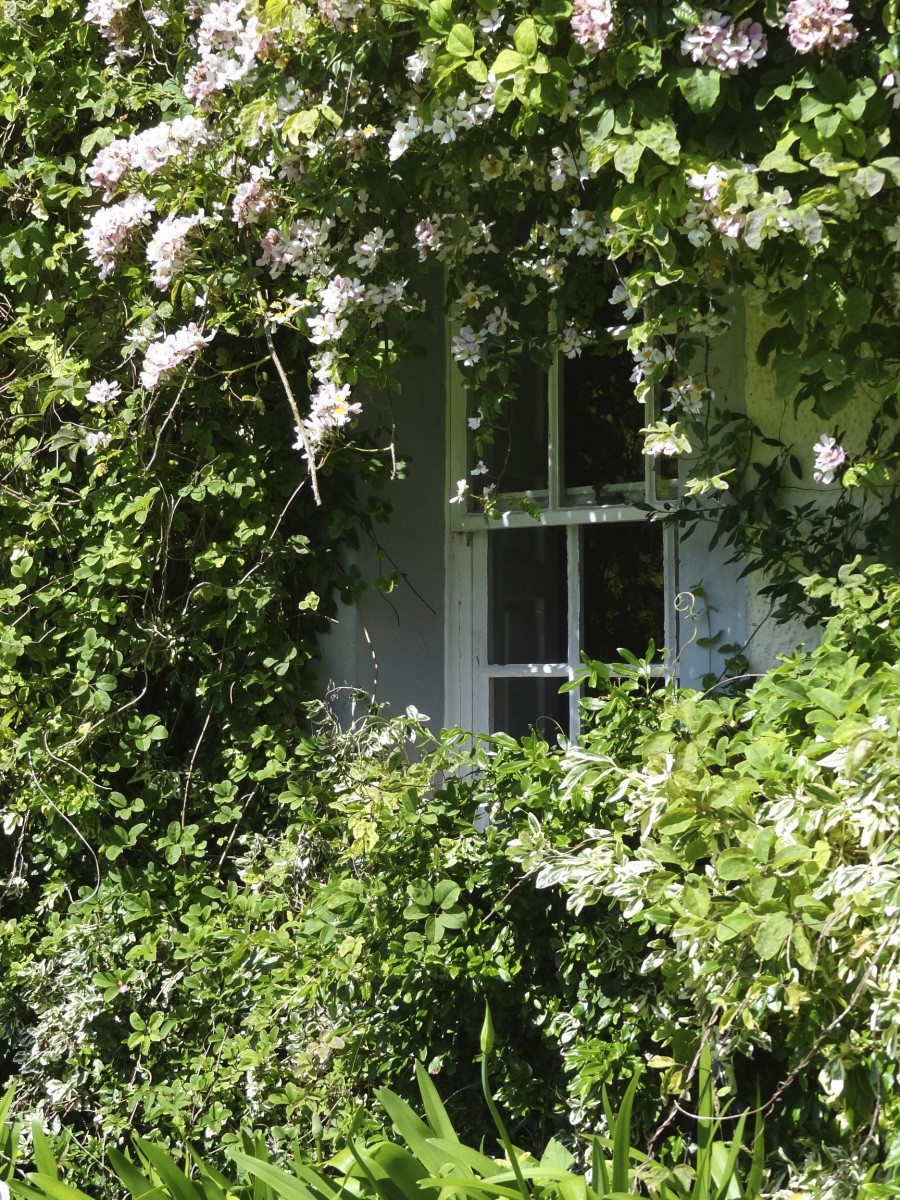 To make it even more unusual this sunshine covered the whole country. We have just returned from our customary week on a little island off the West coast of Scotland where we usually have at least three days of some sort of inclemency. The first year we went it was amazing weather until we got of the ferry and which point it began to rain and did not stop for eight days. It says a lot for the charm of the place that we kept coming back.

The island in question is called Colonsay and it is about two and half hours of the coast of mainland Scotland. Only about eight miles long it is blest by long sandy beaches and azure blue seas. You could be forgiven for thinking that you had woken up In the Caribbean until, that is, you try and go swimming. As you wade into the water you quickly lose all feeling in your extremities and by the time you try total immersion those places that should be extra warm feel as if they have been left in a deep freeze overnight. This is just a minor inconvenience, however, as wetsuits were invented for just such an eventuality. When the sun is shining then I defy anybody to name a place more beautiful than the west coast of Scotland.

It is not a primped and perfect place: a lot of it’s charm comes from the slightly ramshackle atmosphere, in fact if an entire land mass can be shabby chic then this is the place. There are even gardens if you feel that a week of lolling around on perfect beaches eating scallops and langoustine straight from the sea is too dull for the keen gardener. The main house on the island has a delightful garden which encompasses both wild woodland and semi-formal areas. 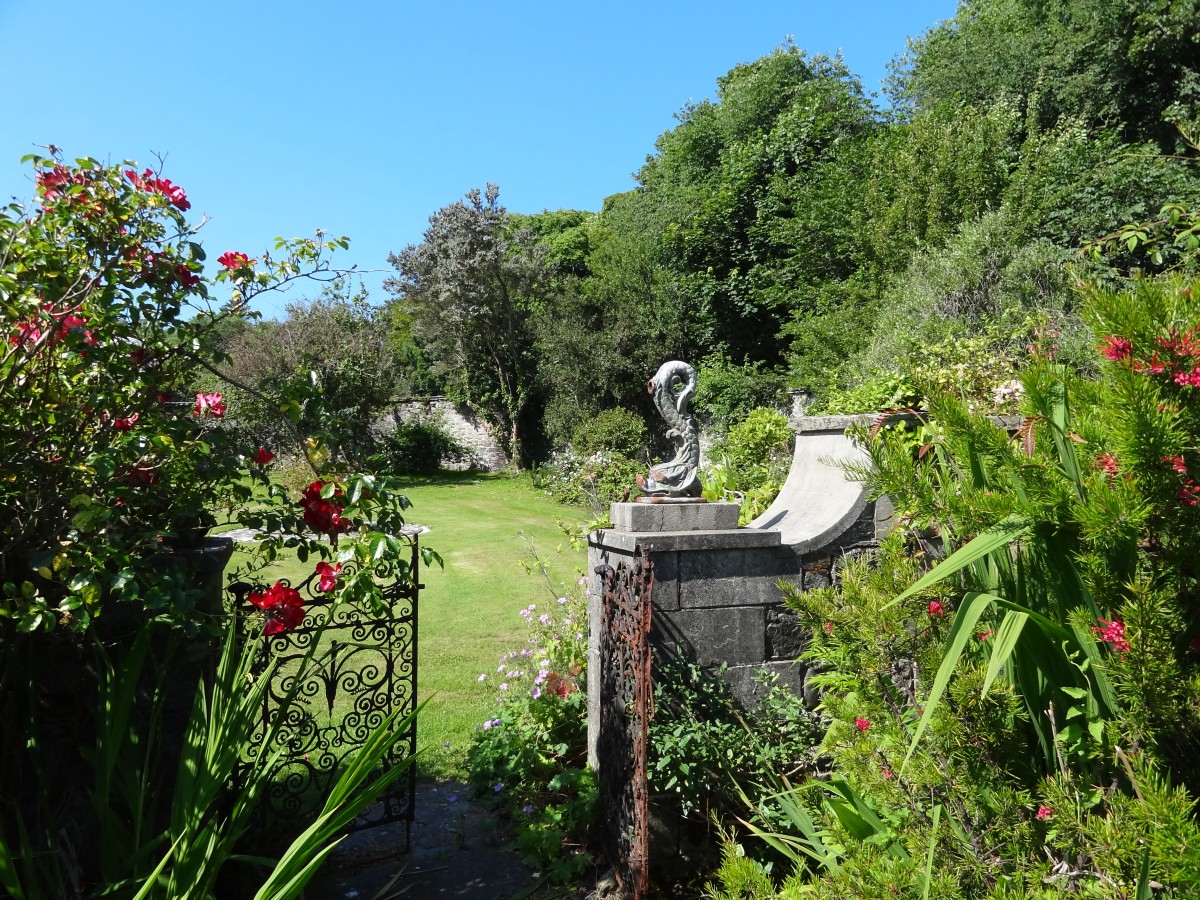 Beginning around the house: there is a small garden by the house (gathered around a huge Cordyline) that was originally laid out to celebrate the VC that Carstairs McNeill won in 1864 during the Maori Wars. From the there the lawn falls in sharp terraces down to a rushing burn and then on up into the surrounding woodland. 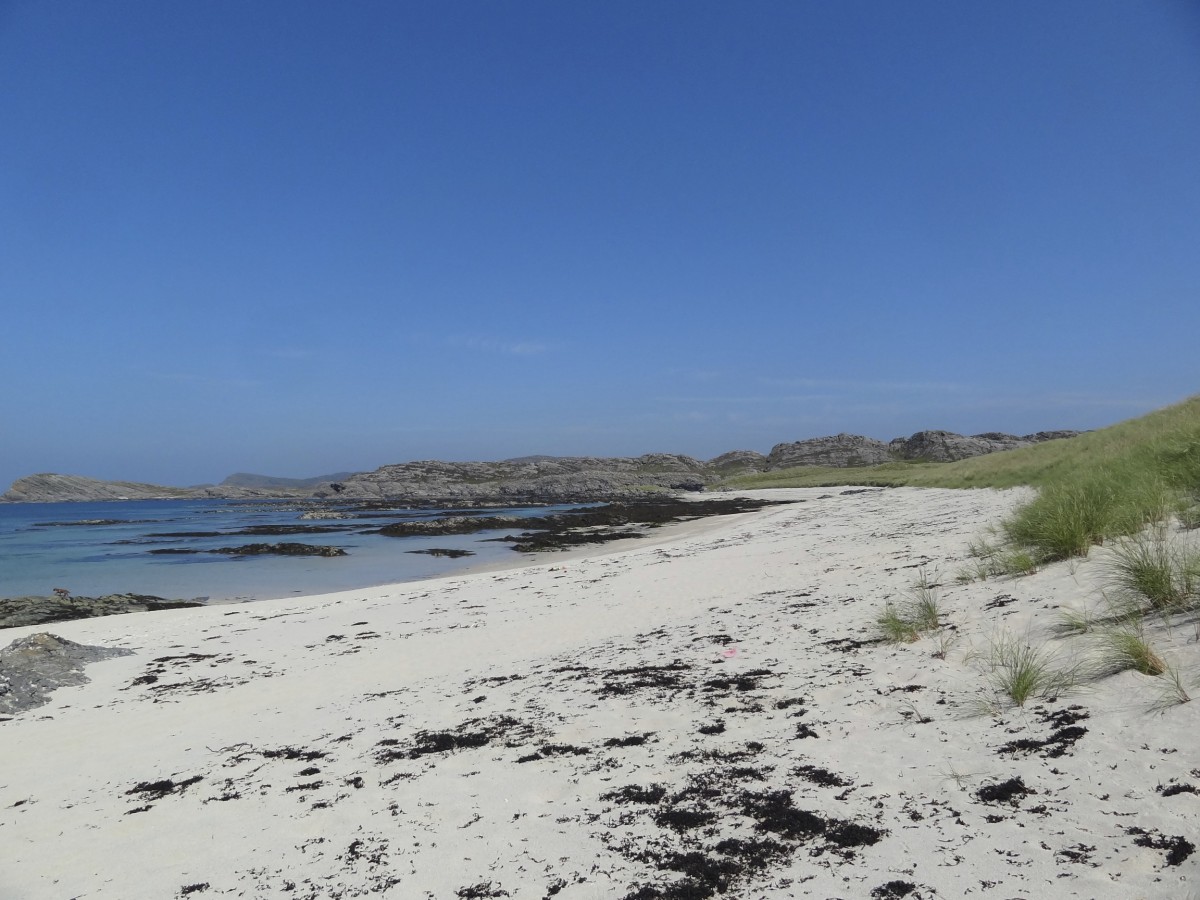 There is a fine vegetable garden (which supplies both the house and the island’s single hotel) and the intriguing Lighthouse Garden which has as it’s centrepiece the old glass lens from the Islay lighthouse. It was purchased for a couple of bottles of whisky and it’s layers of distorting glass are an endless fascination to visiting children. As you venture further from the house you will find, lurking amongst the undergrowth, some really remarkable plants. It is a great thrill to suddenly spot a towering Magnolia or whopping tree ferns looming out of the shrubbery like a great archeological reminder of a past time.

This is not to say that the garden stands still: over recent years a great deal of new planting has been carried out.There are many really remarkable and unusual shrubs in this garden: things like Prince Albert’s Yew (Saxegothea conspicua), assorted Olearias, species Rhododendrons and a whole grove of cinnamon barked myrtles. This is a garden full of history, romance and drama: it is a garden made over decades, sometimes under trying circumstances (in many places there is no more than a foot of topsoil and is frequently battered by sixty mile an hour gales). It is laid back, relaxed, naturally beautiful and in perfect harmony with the rest of the island.

If you ever find yourself in Scotland – and you ought to make the effort at least once in a lifetime – then this island is a complete delight. There is a charming hotel and you can rent cottages of all sizes. One proviso: I cannot, alas, absolutely guarantee you sunshine but the rain will at least be pollution free and gentle on the skin.