Quince for the memory

Spot the odd one out from these six:

Correct: only one is a fruit.

We have just harvested Quinces from a neighbors’ tree – the one that I planted is only a couple of years old and too pre-pubescent to fruit.

The Quince (Cydonia oblonga) is a rather neglected tree native to the Caucasus (Iran, Turkey,Armenia and Greece) – and should not to be confused with the ornamental Japanese Quince (Chaenomeles japonica) which is a great wall shrub with lively pink flowers.

It used to be a stalwart in gardens across the world (they were planted in the Tower of London in the late 13th century) but has rather lapsed in popularity on your side of the Atlantic apparently due to their predisposition to fireblight. They are, however, very popular in Uraguay which is interesting because I cannot think of many other things famous for being popular in Uruguay. 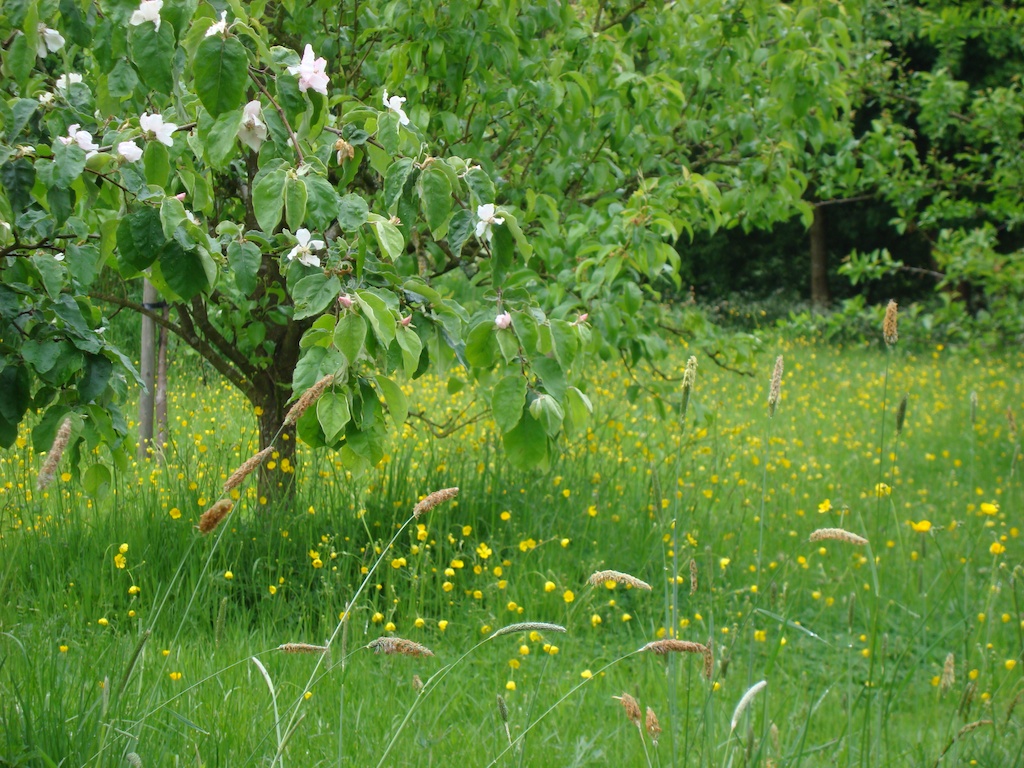 One of the peculiarities of the particular brand of English education through which I journeyed as a child was that I know really quite a lot about Greek and Roman mythology while at the same time being pretty dreadful at maths, science and other, more obviously useful subjects. Anyway, do you know the Greek myths about the Golden Apples of the Hesperides ? Hercules’ Eleventh Labour ? Or the apple that Paris gave to Aphrodite ? (which decision eventually led to ten years of Trojan War as his prize was the hand of helen, the most beautiful woman in the world. Who just happened to be married to Menelaus, King of Sarta. Big mistake).

Well, anyway. the point is that the Apples in question were almost certainly. They have the most beautiful coy pink flowers in Spring followed by fruit that are about six inches long with yellow skins covered with a fine fluff. When harvested and brought into the house they are like knobbly air fresheners and can be smelt all over the house. Put one in the laundry cupboard and it will scent your towels).

They are not the easiest fruit to use: they are very hard and you can’t eat them raw unless bletted (softened to mush by frost) and even then it takes a certain courage to bite into what looks very like a rotten fruit.

The Romans stewed them with honey (and surprisingly) leeks.

In Syria it is used in lamb stew.

The Afghans use the boiled seeds as a cure for pneumonia.

In Spain it is made into Membrillo – a sort of sticky paste that is delicious with cheese. (The Chileans eat it on its own in sandwiches). This is actually the main starting point for this blog post as we have just made some (I use the word “we” in its loosest sense, the skill was all my wife’s, I just did a bit of mixing and eating) which involves a lot of chopping, boiling, sieving, more boiling – combined with constant stirring, a lot of sugar and then pouring and cooling.

They are not easy things with which to work however the result, eaten with some Manchego cheese and a sliced Russett apple was delicious.

They also combine beautifully when poached with pears (with ice cream and a dollop of chocolate sauce) – a way of using up our vast stock of unripe, bullet hard pears.

So, if you can, plant a Quince. It tastes good, looks lovely and has the weightof myth upon its slender shoulders.

2. Quincy McDuffie – wide receiver for the Denver Broncoes. Being English I have no idea what a wide receiver does: except receive widely.