The piñon ips beetle (Ips confusus) infests Southwest-native piñon pines (Pinus edulis, Zones 4–8) throughout the region. According to the Colorado State Forest Service, “Ips beetles, sometimes known as ‘engraver beetles,’ are bark beetles that develop under the bark and tunnel through the tree, damaging and killing pine and spruce trees.” The piñon ips beetle killed millions of piñons in an extreme outbreak in 2002 and has continued to attack struggling piñons over the last two decades.

Stressed trees are vulnerable to attack

Insect attacks are predicated by pheromones released by the stressed trees. If scale has infected the tree, then it’s already struggling. Scale infestation will not kill the tree but will indicate stress and will introduce drastic needle loss. This is different from the annual needle loss piñons go through. A few years of this cycle will mean that the tree is very vulnerable to attack from piñon ips beetles.

Trees are also stressed if they experience a continued lack of water. You can recognize stress from a lack of water if piñon pine candles are only alive toward the tips of the branch structure. Unless a tree in this state receives large amounts of consistent water, it will be extremely vulnerable to attack.

Trees are attacked by the beetles via entry hole wounds in the bark. These entry holes usually number in the hundreds. Once the beetles enter the weak trees, they feed and then lay eggs to continue the life cycle. They may also carry a fungus that impacts the trees. This is called blue-stain fungus and can spread into the xylem and block water flow, further injuring the tree. When new beetles hatch, they can leave the tree and attack the piñons within the proximity of the affected trees. In many cases, you will be able to survey a site with pockets of dead trees within vast areas of piñon pines.

Prevention is the only current option

Trees that have been infested with piñon ips beetle are a lost cause. There is no currently available pesticide that will work against them. The best defense for the survival of piñon pines is prevention. This means providing adequate supplemental water to the root zones within the drip line of these native trees. You should triage your piñon pine trees within your property by defining which trees are integral to your garden. In most cases, there is not enough resource water to justify watering vast areas of trees, but identifying trees you won’t be able to live without is the first step in the right direction. A second action step is spraying trees with a biodegradable, organic dormant oil (such as neem oil) in the spring before temperatures reach more than 70°F. Again, this is a prevention strategy and not a treatment strategy. You should also make sure that your yard and garden have a mix of different types of trees. Because certain plants are targeted by specific insects, designing with biodiversity throughout gardens will reduce overall insect damage.

Limit the spread from dead trees

If you decide to cut down an infested tree, you’ll need to dispose of the wood properly to prevent further spread of the beetles. You can burn the wood immediately, or you can stack it in a neat pile and cover it with black or clear plastic. The edges of the plastic should be sealed, and something should weigh the plastic-wrapped wood down. Leave the plastic-covered wood in full sun for two to four weeks. This will kill mature beetles and larvae inside the infested wood. Taking infested wood to a landfill is not a good option, because the beetles can escape and infect other pines.

In the Southwest, drought is common and is becoming more so with climate change. We are seeing the impact of this in our own backyards. The life cycle of the piñon ips beetle is impacted by changing weather patterns. Good winter snowpack and low winter temperatures can kill hibernating larvae under the bark layer. Our hotter seasons as well as milder winters have increased the damage and devastation of this beetle. Keep abreast of current droughts with the U.S. Drought Monitor.

We will continue to feel the impacts of insects killing our trees to different degrees, but with proper management, identification, and action steps, we’re able to reduce the loss of priceless mature piñon pine trees. 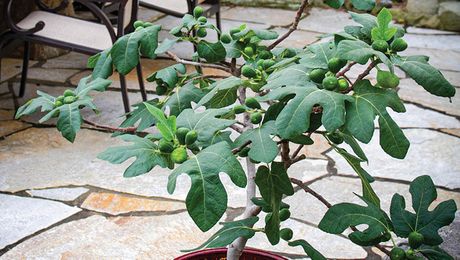 The COVID-19 pandemic has been challenging for people worldwide, but one silver lining about the experience is the resurgence of interest in gardening. After people in lockdown exhausted their reading…