Penstemons That Thrive in the Southern Plains

Penstemon is a diverse genus of plants with over 250 species, all of which are native to North America. It is a testament to their beauty that horticulturists have developed hundreds of penstemon hybrids and cultivars over the past 300 years. The Southern Plains states of Texas and Oklahoma are home to about 29 native species, which means we have plenty of well-adapted penstemons to choose from! There is a penstemon for nearly every garden situation, from partial shade to sun, alkaline soils to acidic, caliche to loam, moist to dry. Here are a few choice selections that thrive in different situations.

Rock penstemon (Penstemon baccharifolius, Zones 8–10) thrives in dry, rocky conditions, which makes it an excellent addition to a rock garden. It’s truly a beauty known for its dark green leaves and bright red blooms. Because it has a sprawling growth habit, it looks great hanging over the edge of retaining walls. It is native to the limestone bluffs of Central and West Texas.

Another penstemon that does well in sunny, dry areas is hill country penstemon (P. triflorus, Zones 8–10). It is also native to the limestone soils of Central Texas but, unlike rock penstemon, will also thrive in sandy, clay, or loam soils. Its blooms are commonly called red but often seem more like a dark pink. 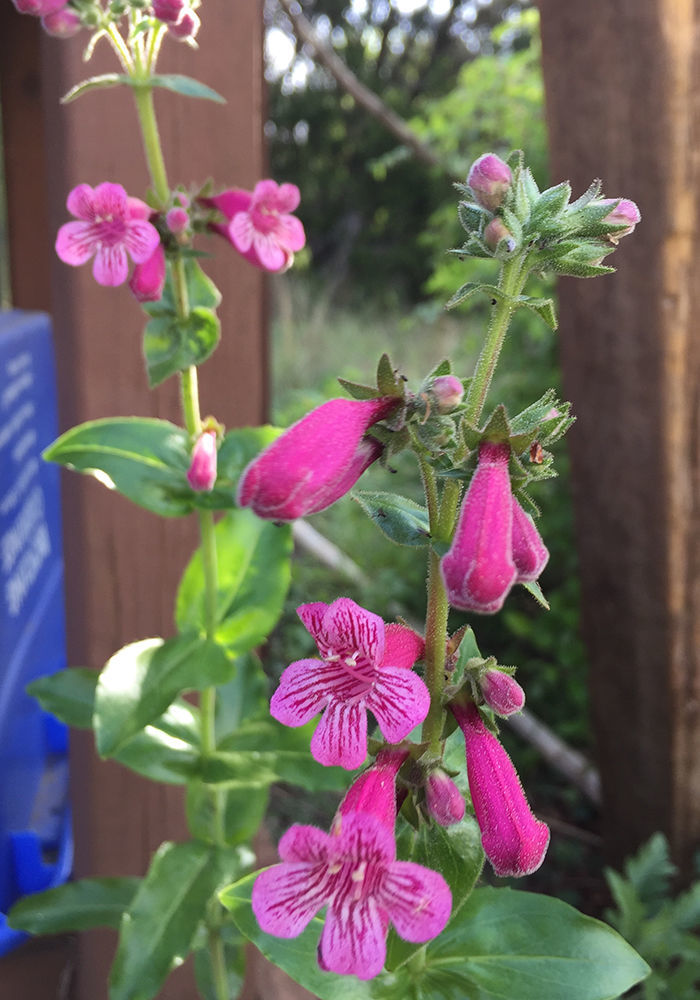 Folks in areas with more acidic sandy or loamy soils that get more rainfall should try prairie penstemon (P. cobaea, Zones 5–8). This penstemon is also called false foxglove because of its resemblance to the true European foxgloves (Digitalis spp. and cvs). The white or pink flowers are large, tubular, and very showy. Penstemons in general are notoriously promiscuous, and prairie penstemon in particular tends to hybridize readily with hill country penstemon. If you have both species in your garden, you can expect to get some (beautiful) hybrid crosses. 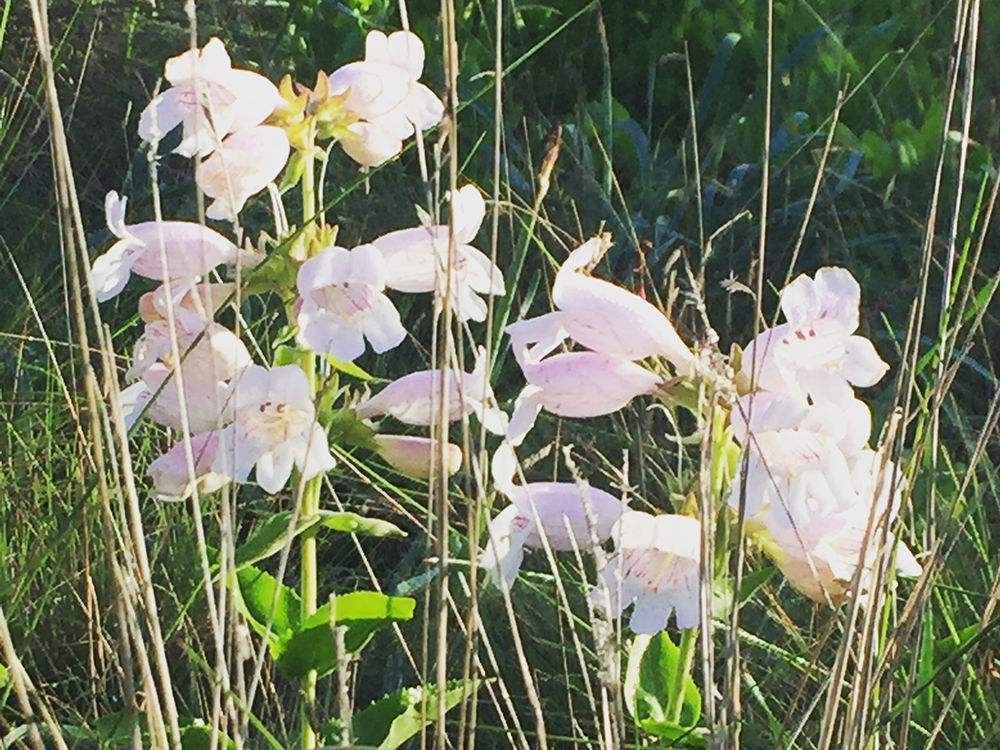 Another penstemon that likes soils that are more acidic and stay evenly moist is Mississippi penstemon (P. digitalis, Zones 4–8). Of all of the penstemons mentioned here, Mississippi penstemon gets the tallest, reaching heights of upwards of 5 to 6 feet. While it prefers sun or partial shade in low, wet areas, it will even tolerate full shade. It is sometimes called smooth white penstemon due to its large white flowers.

Brazos penstemon (P. tenuis, Zones 7–10) makes an excellent cut flower with its small, purple, bell-shape blooms. It reseeds freely in garden beds with moderate moisture and even tolerates poorly drained, acidic soils due to its native range of Gulf Coast prairies and marshes.

By contrast, nodding penstemon (P. laxiflorus, Zones 7–9), needs well-drained sandy soils and, while it is drought tolerant, thrives with some extra summer water in the garden. This penstemon blooms white like the Mississippi penstemon but has a narrower, deeper, more purple-throated flower than its cousin.

If you find yourself heading down the rabbit hole of penstemons, here are a couple of resources you may find useful:

Karen Beaty is a horticulturalist at the Lady Bird Johnson Wildflower Center in Austin, Texas.