More from Andrey’s garden in Russia 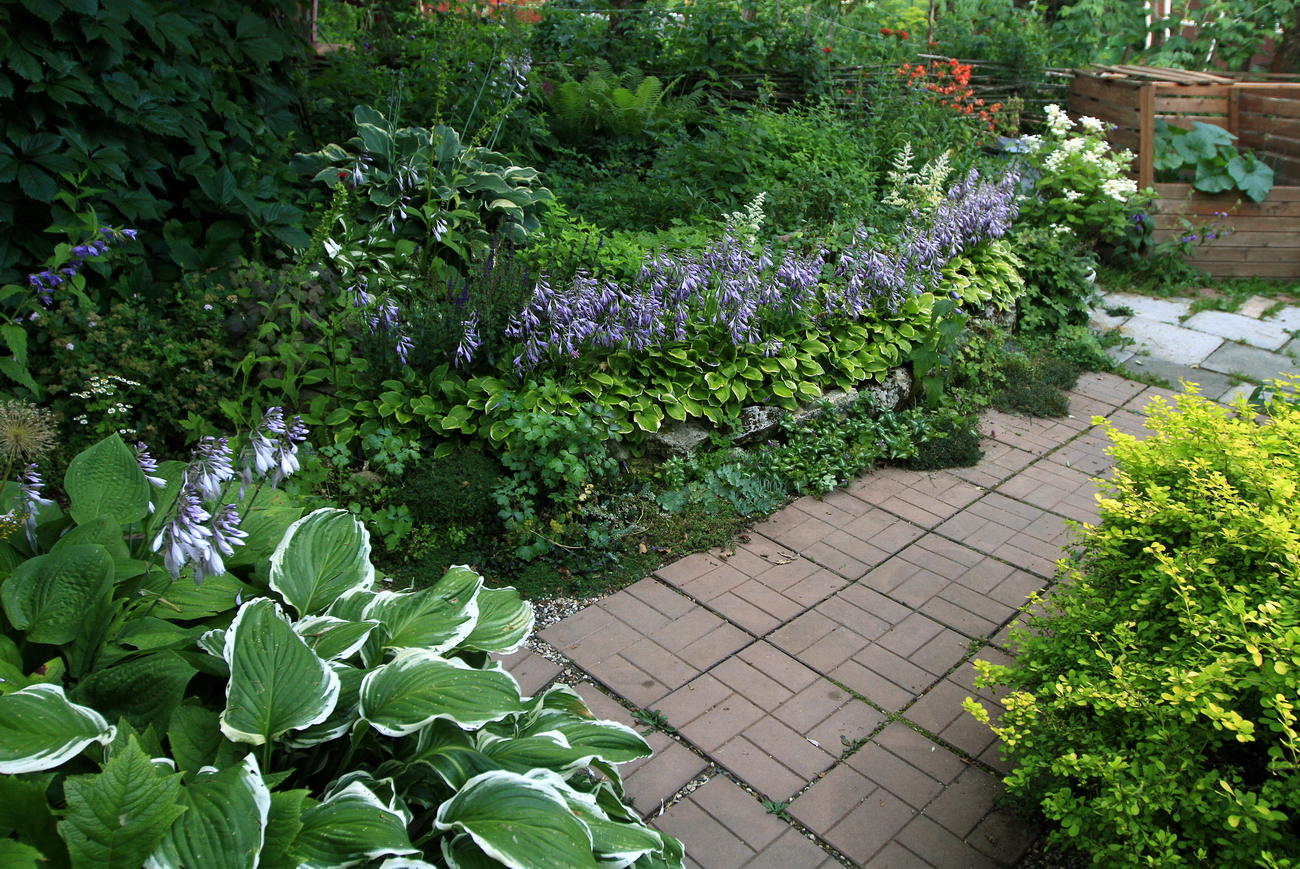 Yesterday's batch of photos from Andrey Lysikov in Russia definitely was not enough. Luckily, he sent in a bunch more! He wrote quite a bit about the history of the garden, and then used a website to translate, so it's a bit confusing, but I've gleaned what I can. He says, "I know many garden designers and even landscape architects who don't have their own well-planned garden, and even in general a site. It is not that they are strong only in theory. No, there simply doesn't remain to time for making a garden. I had such a site. It was bought in 1968, 60 km to the South of Moscow (USDA Zone 4). And though there was no "landscaping" there, my mother for many years was fond of flowers and there were some plants she put in. Everything cardinally changed, as well as at most of our compatriots, after Perestroika. When I began to work in landscape firm and started going to different foreign gardens, I wanted to change my own site somehow. Therefore all that now it is possible to see in photos developed very gradually over 15 years or about that. Evolutionary transformation of a garden, change of the fruit and garden stylistic decision – towards landscape and eclectic, happened at rare moments upon Sunday arrivals, and without any participation of hired labor. Now there are different functional zones: there is a nice shade garden in which buzulnik and ditsentra, strausnik and kupena, podofilluma and skopoliya, astilboidesa and darmer grow. There is a quite large-scale mixed border (which, however, should be licked into shape), a system of low retaining walls which are laid out a dry masonry from hand-delivered blocks of limestone and a reservoir in the central lawn. There different pochvopokrovny plants live.
In front of a house porch a few years ago I made flat rockery, united, at last, in a whole a small stony hill and a small collection of the coniferous plants brought at different times from different places. Rock arias, by the way, appeared because I urgently needed to illustrate with photos the written brochure "Alpine hills". As a result some imprinted stages of creation of the rock aria got on pages of this book.
The pond on our site, though small, arose probably about 8 years ago. It appeared after I visited a nursery of water plants. Generally I treat ponds quite indifferently and I assumed that I would not have one on my site. But after visiting the wonderful "water world" I wanted to build a water mirror in the garden. In the next day off I stopped by on the way at some garden center, I bought a piece of a membrane, and the next day we already had own lake. As a background it is served by a quite old fir-tree, which is formed over many years in the shape of a roundish bush, sitting on the edge of a site, and also plantings of barberry, rodzhersiya, a darmer, and ferns.
Not so long ago nearby there was one more small allotment about 350 m2. This slice of the earth by efforts of my wife gradually and steadily turned into a decorative kitchen garden at several levels. Its history only begins, but contours of a new site already appear. Our garden grows and changes together with us. Of course, it not option of a garden during the season, or for two as it is accepted in landscape business. It isn't bought as "a set of the beginning gardener", didn't arise suddenly from scratch though, for certain, such way of creation of a garden is suitable for many as well as possible. But we ourselves gradually form we direct our garden, we constantly change it, and we live with it the general life." So nice, Andrey! Thank you so much for the additional photos. ***Andrey sent in some fall shots, too! I'll post those soon.***

SEND ME PICS OF YOUR GARDEN! Email me at [email protected] Thanks! –Michelle 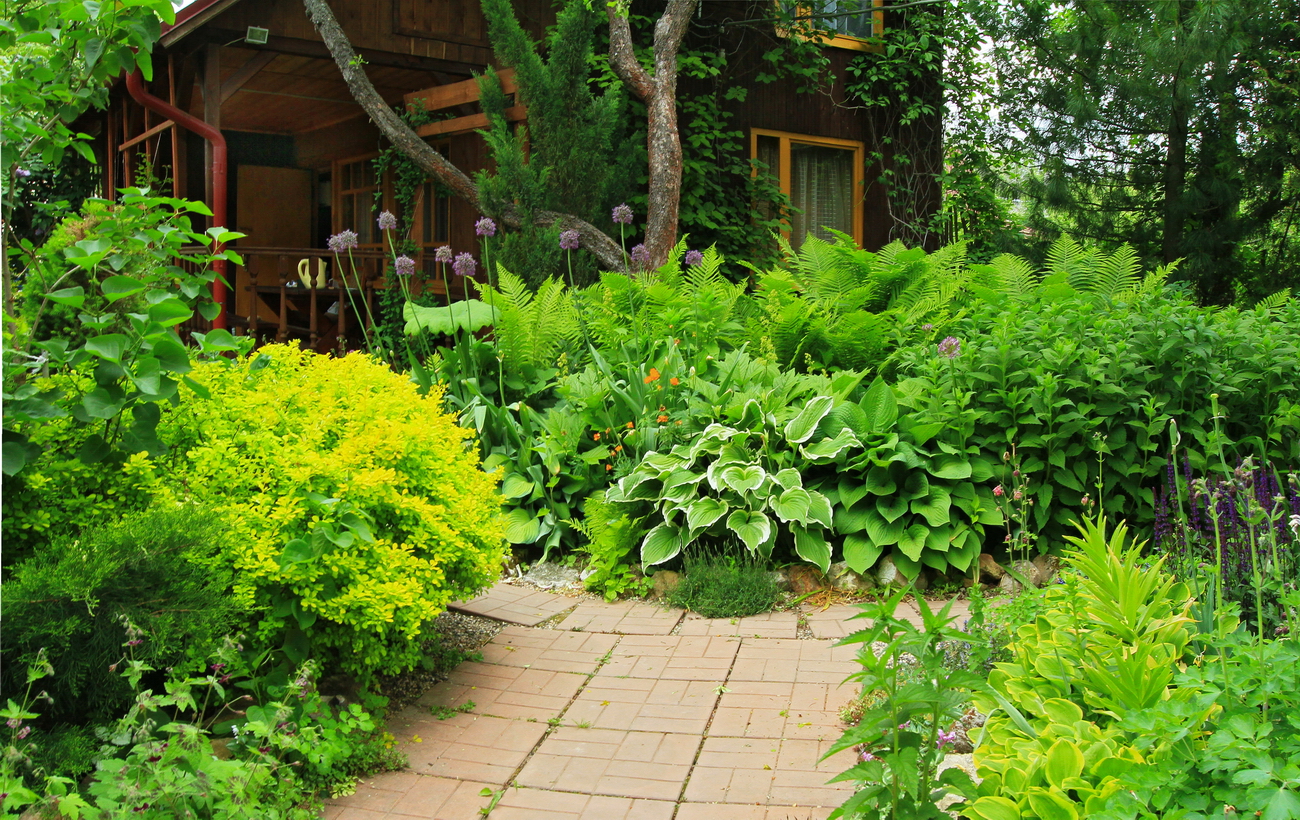 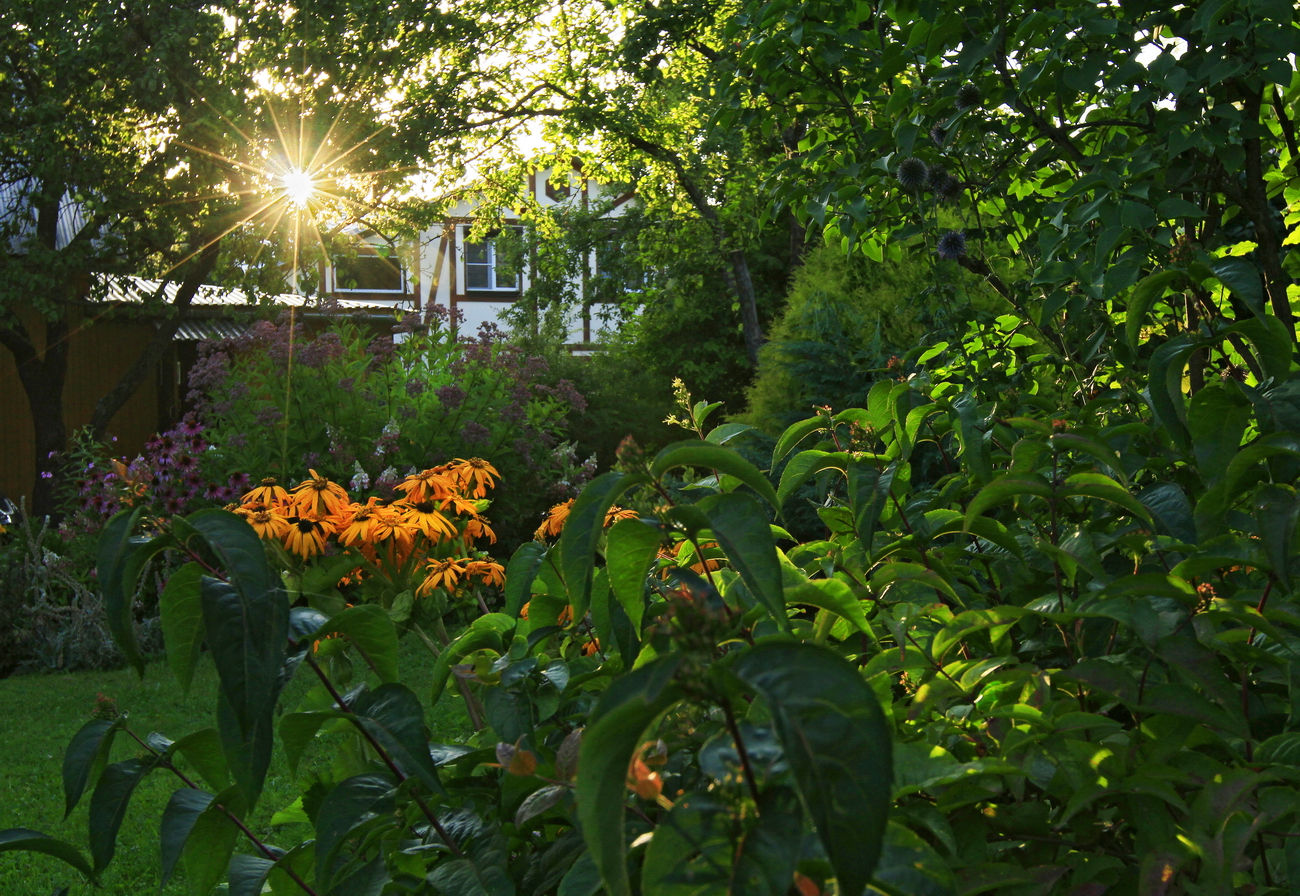 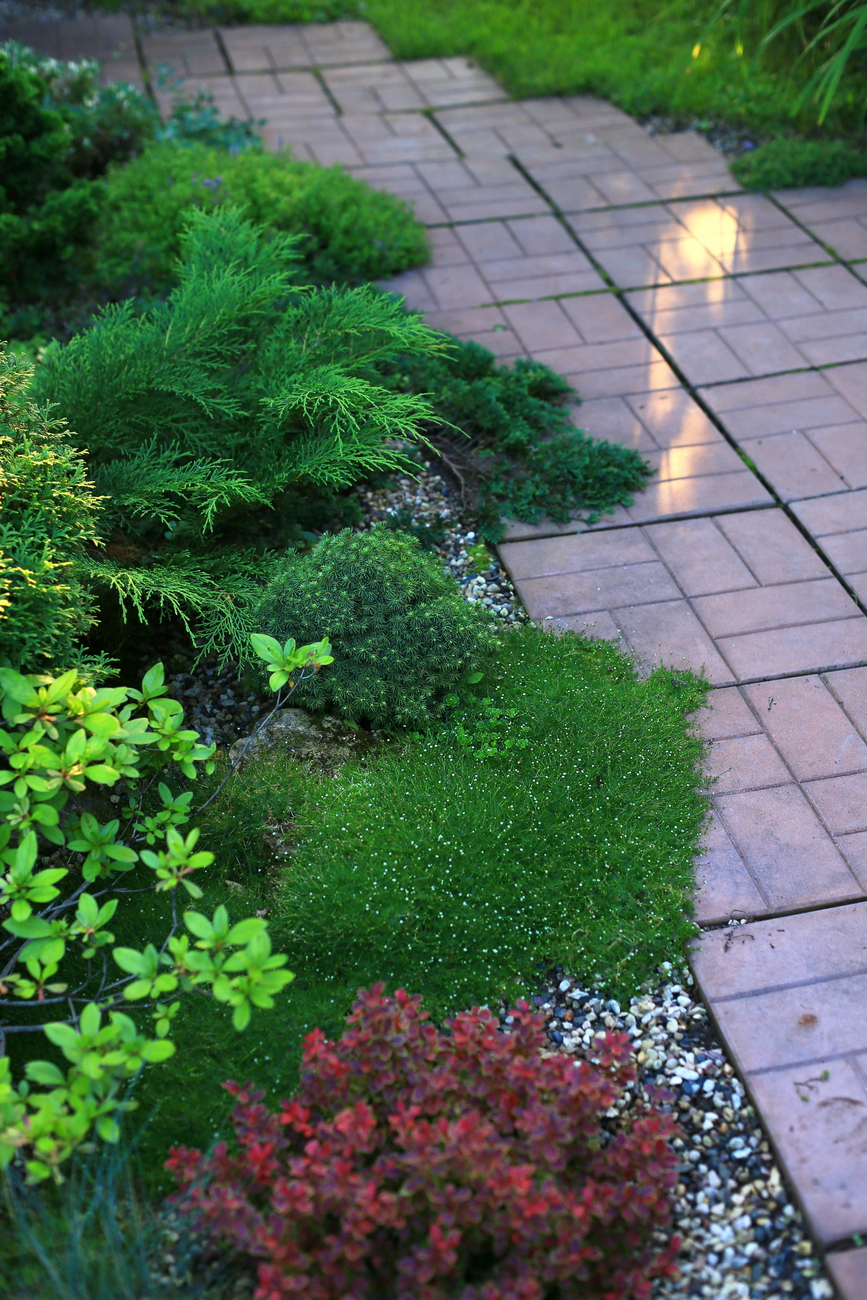 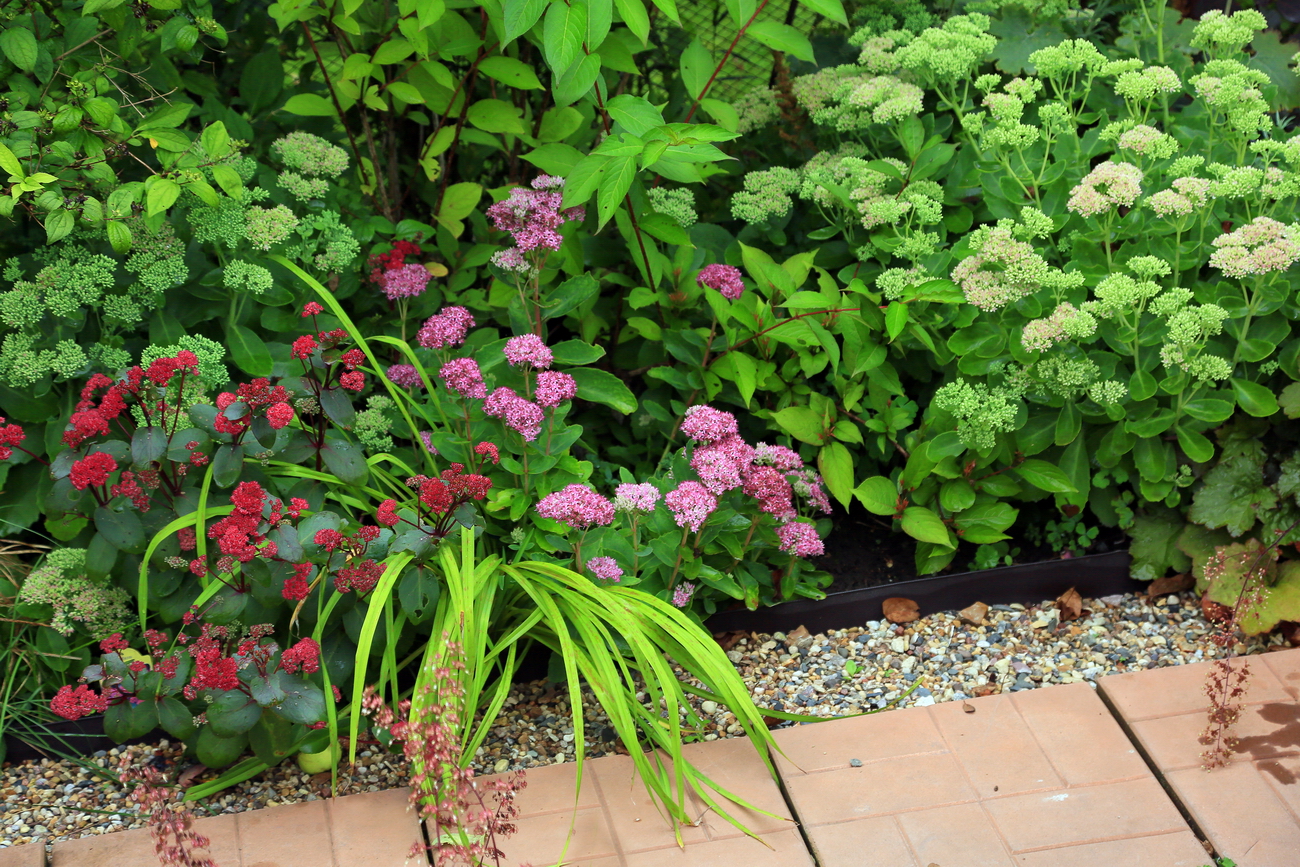 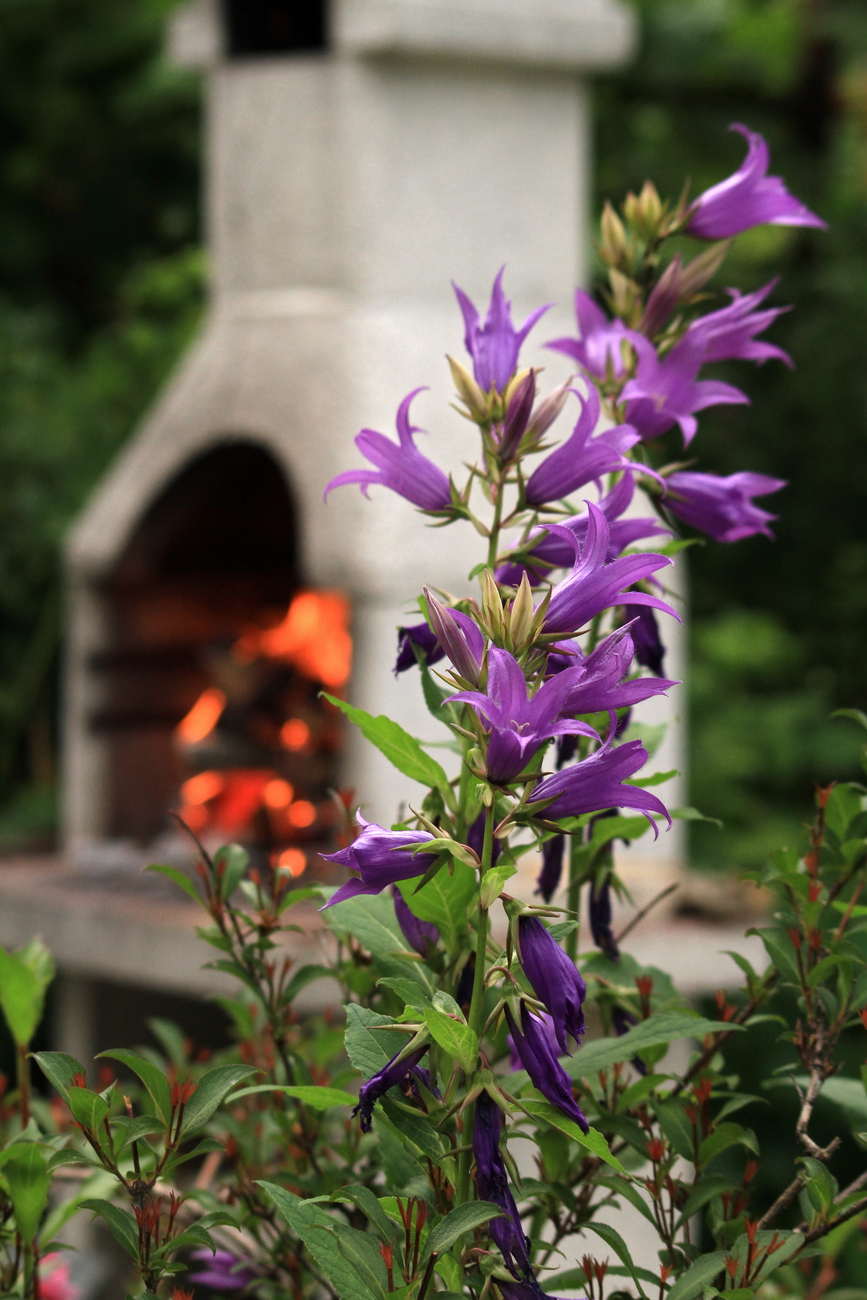 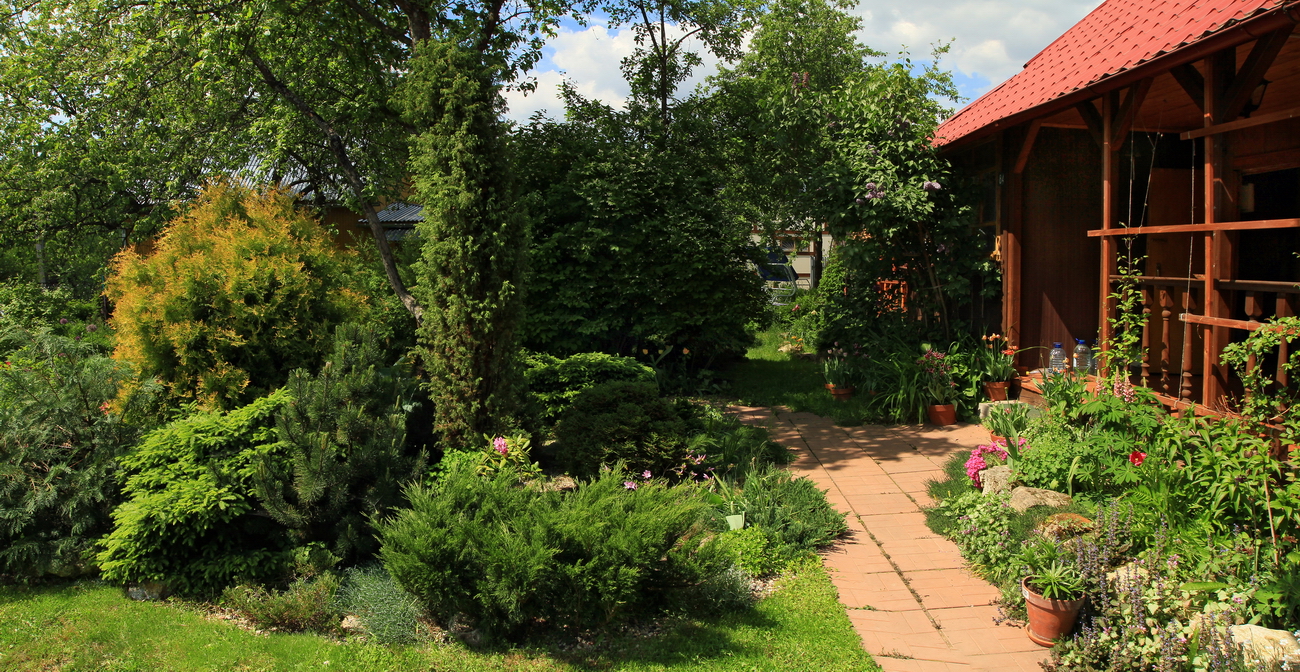 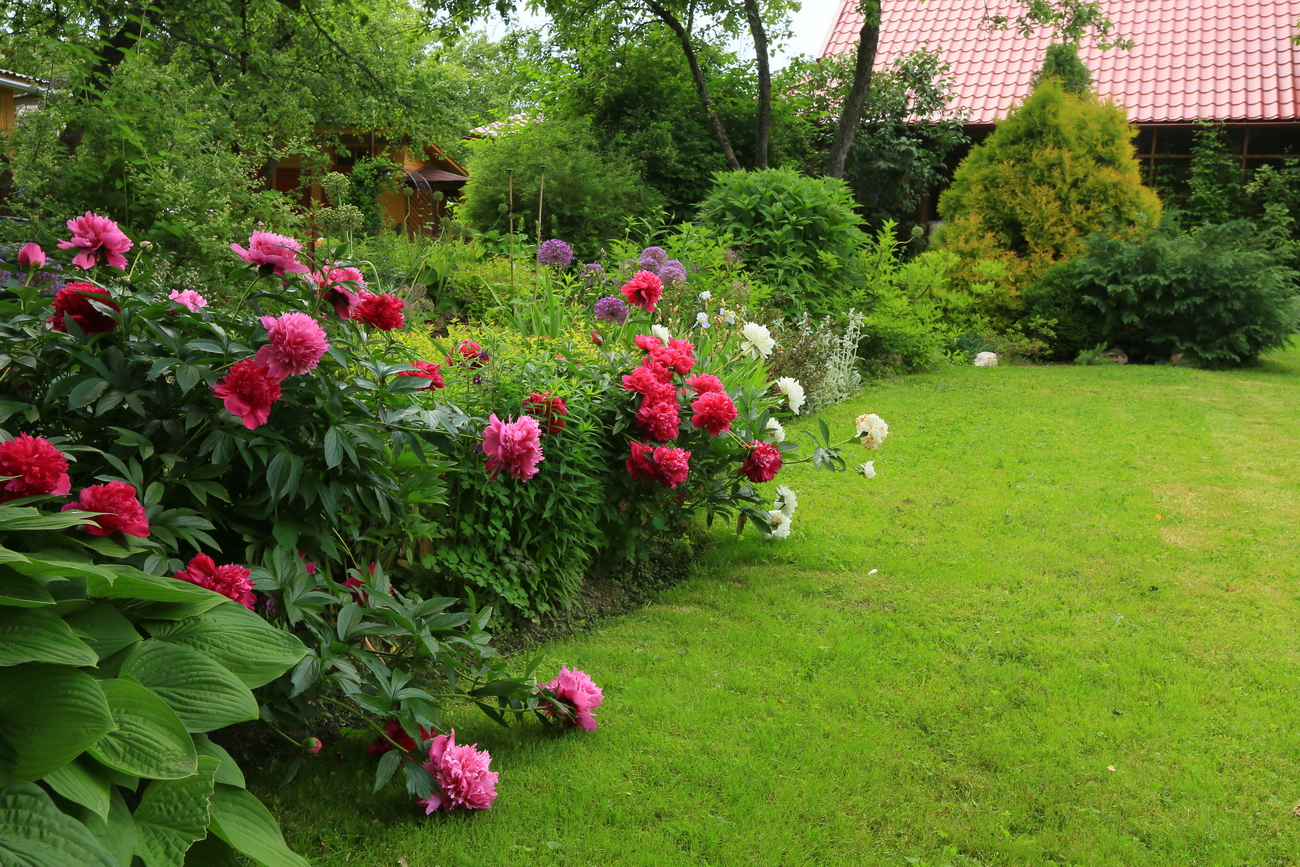 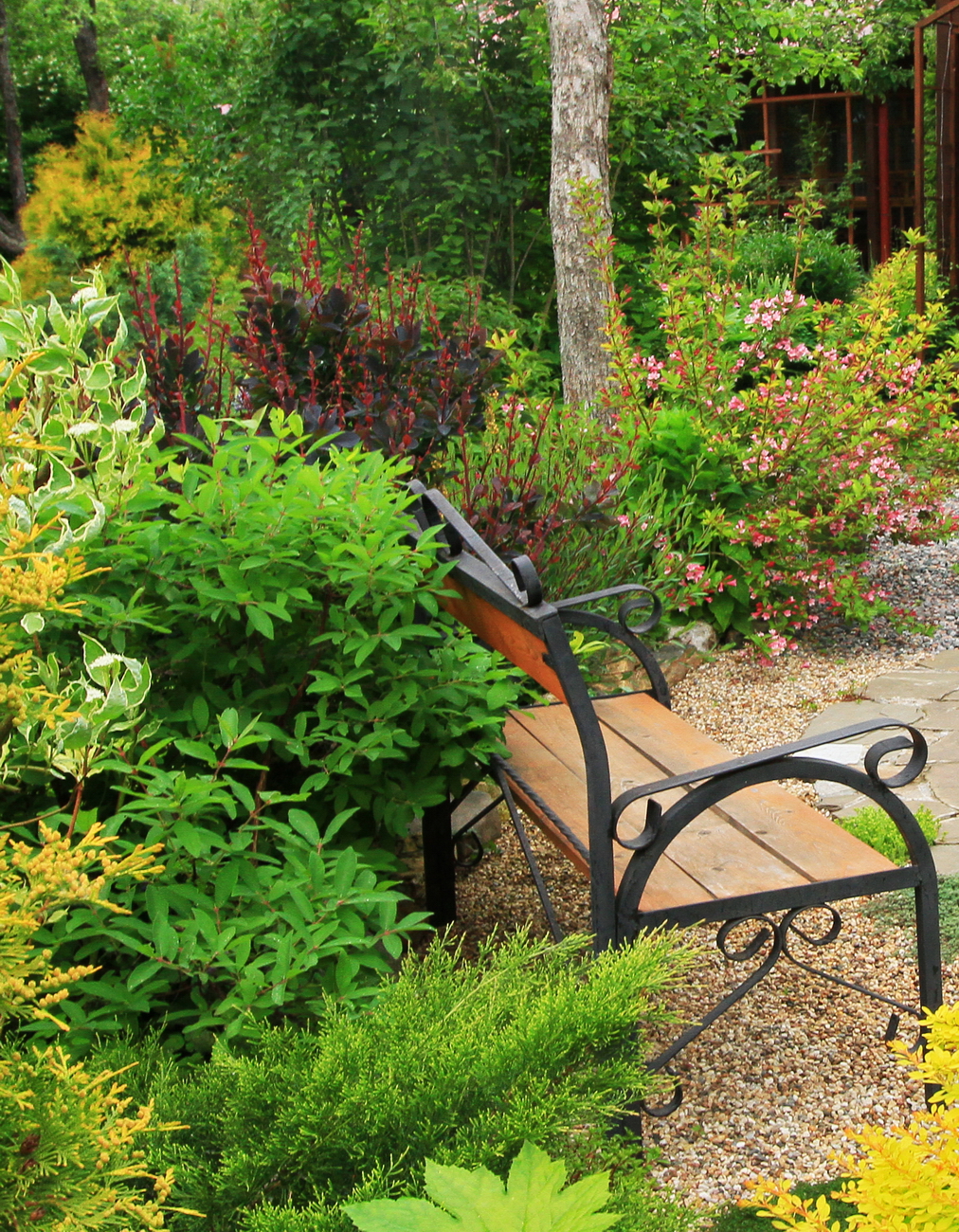 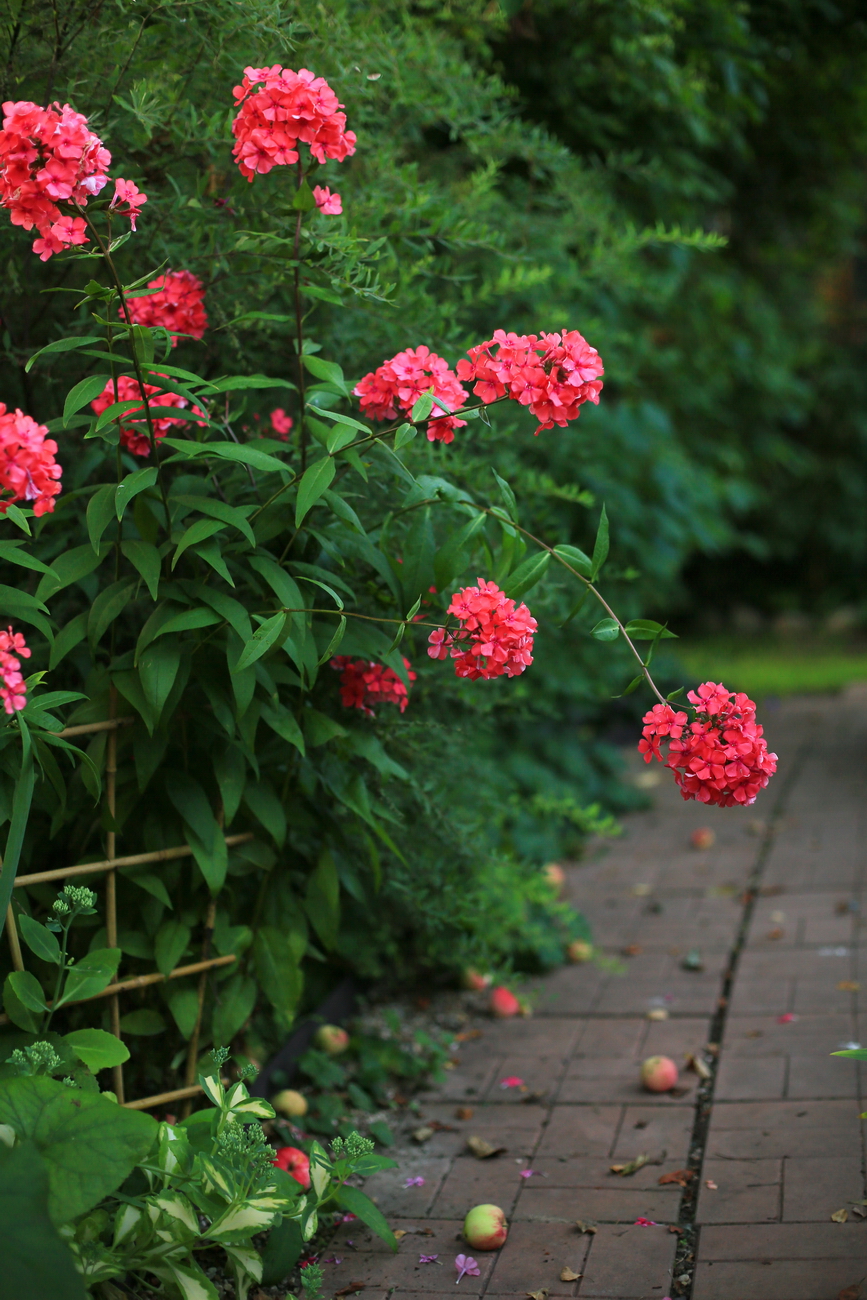 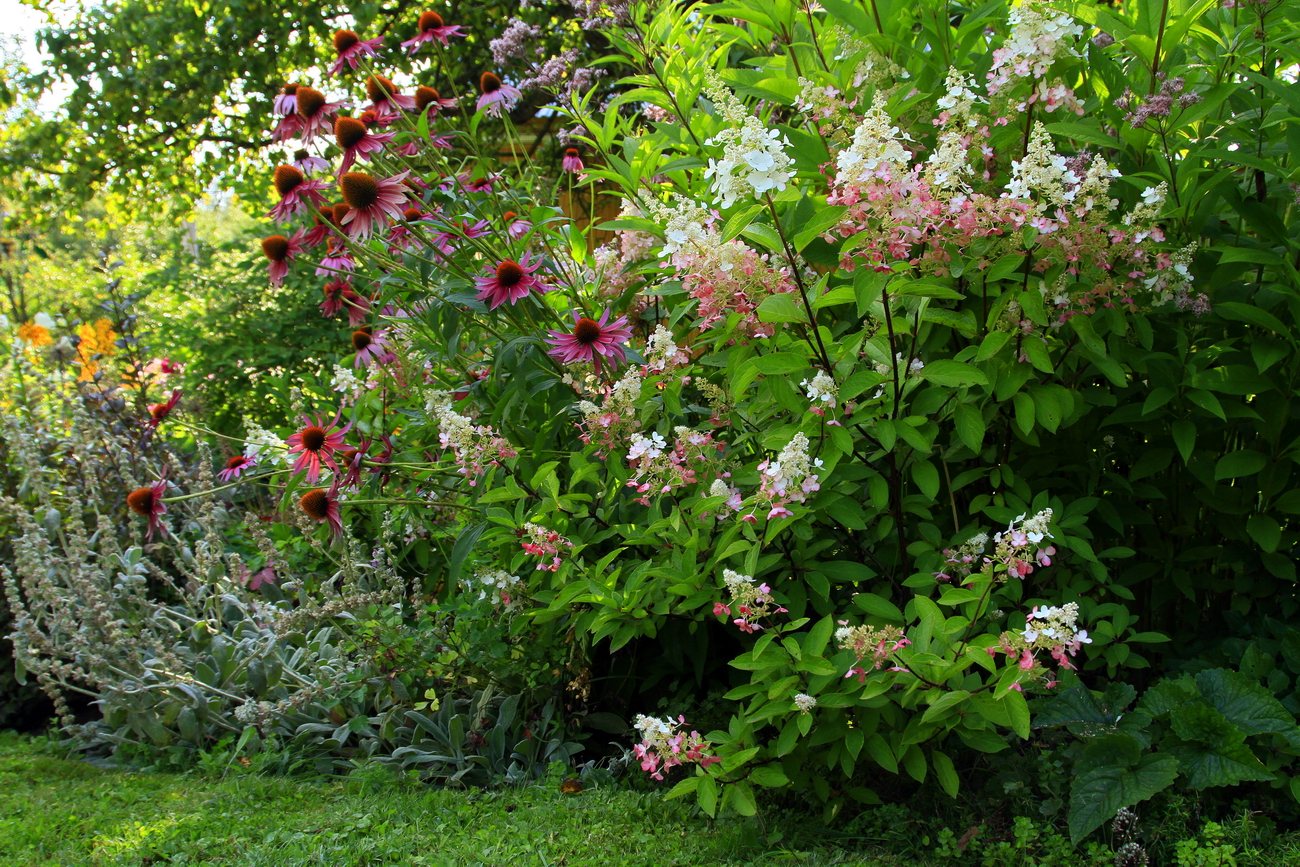 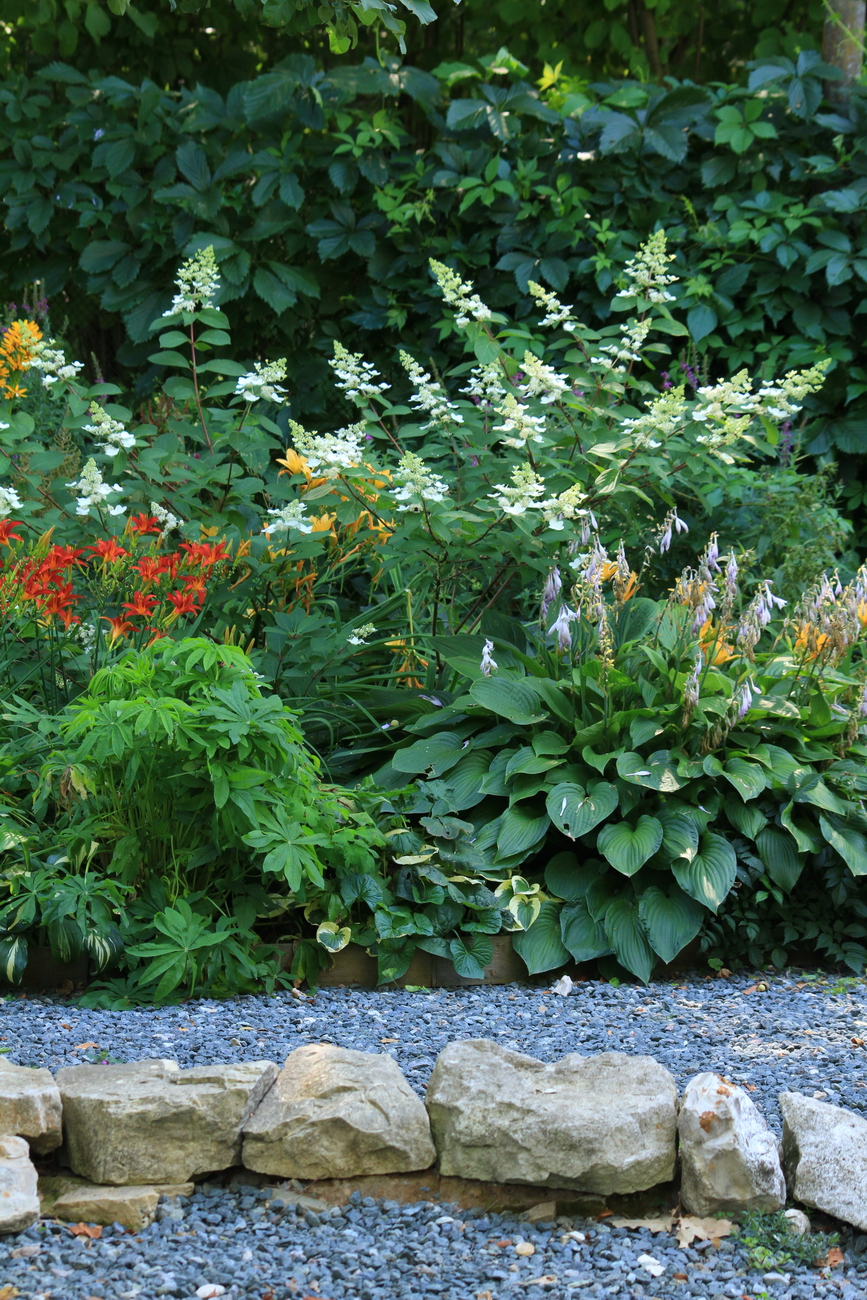 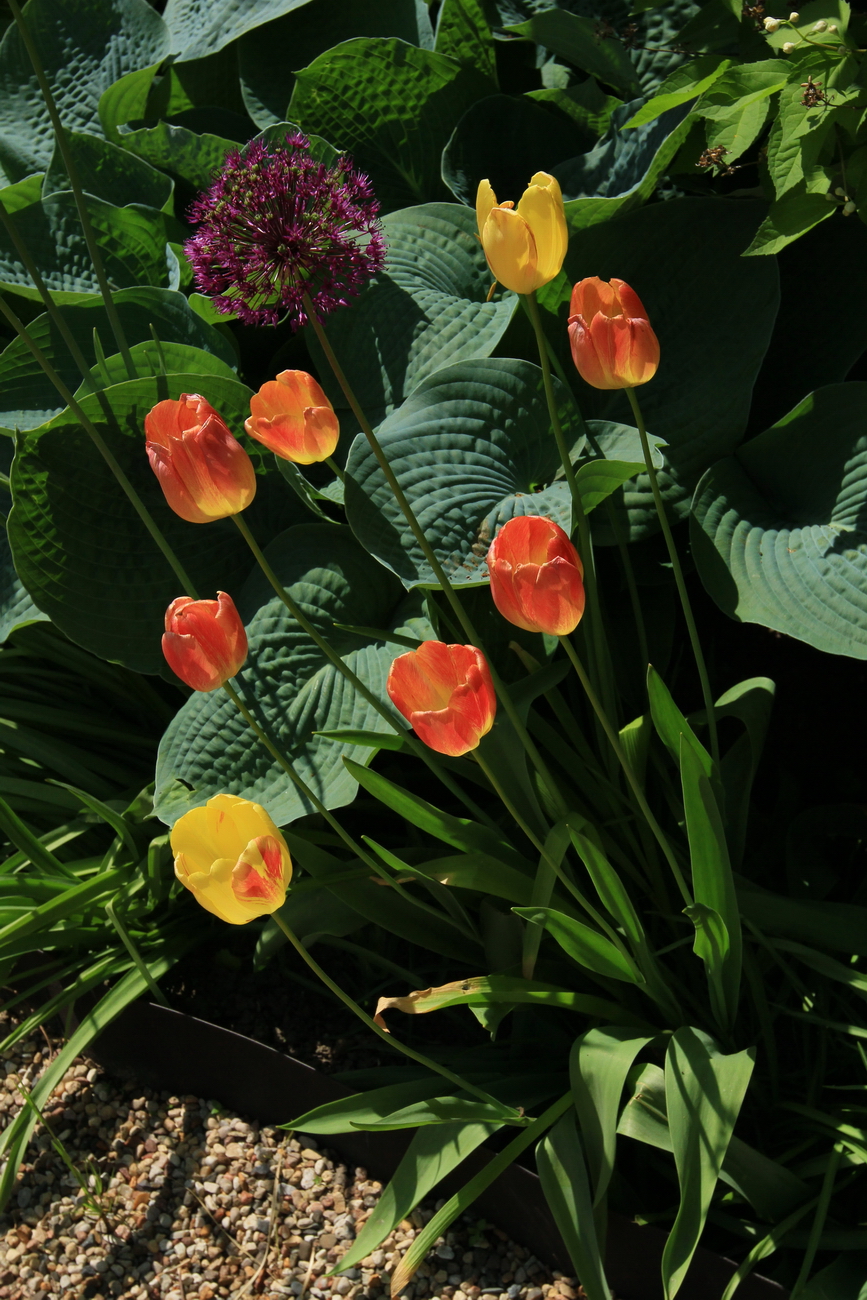 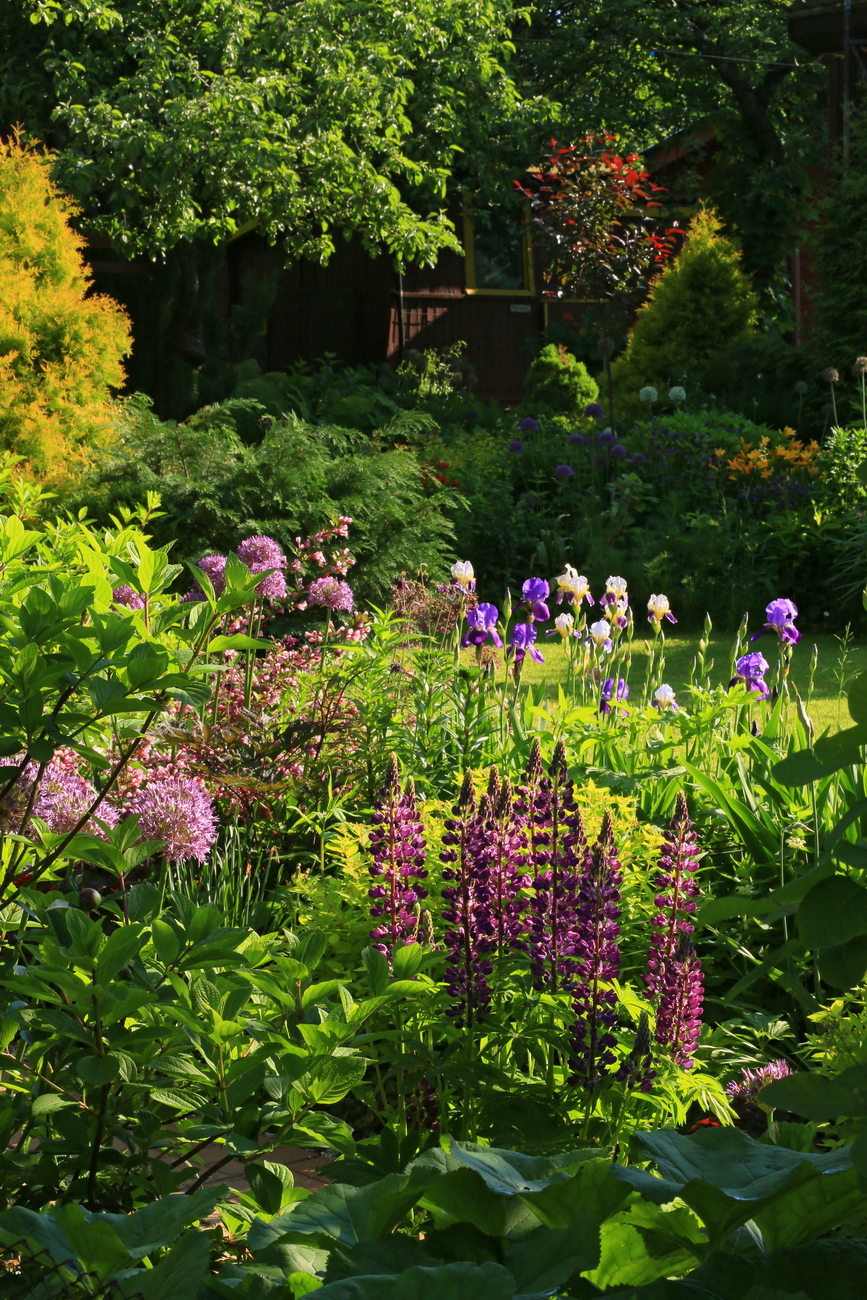 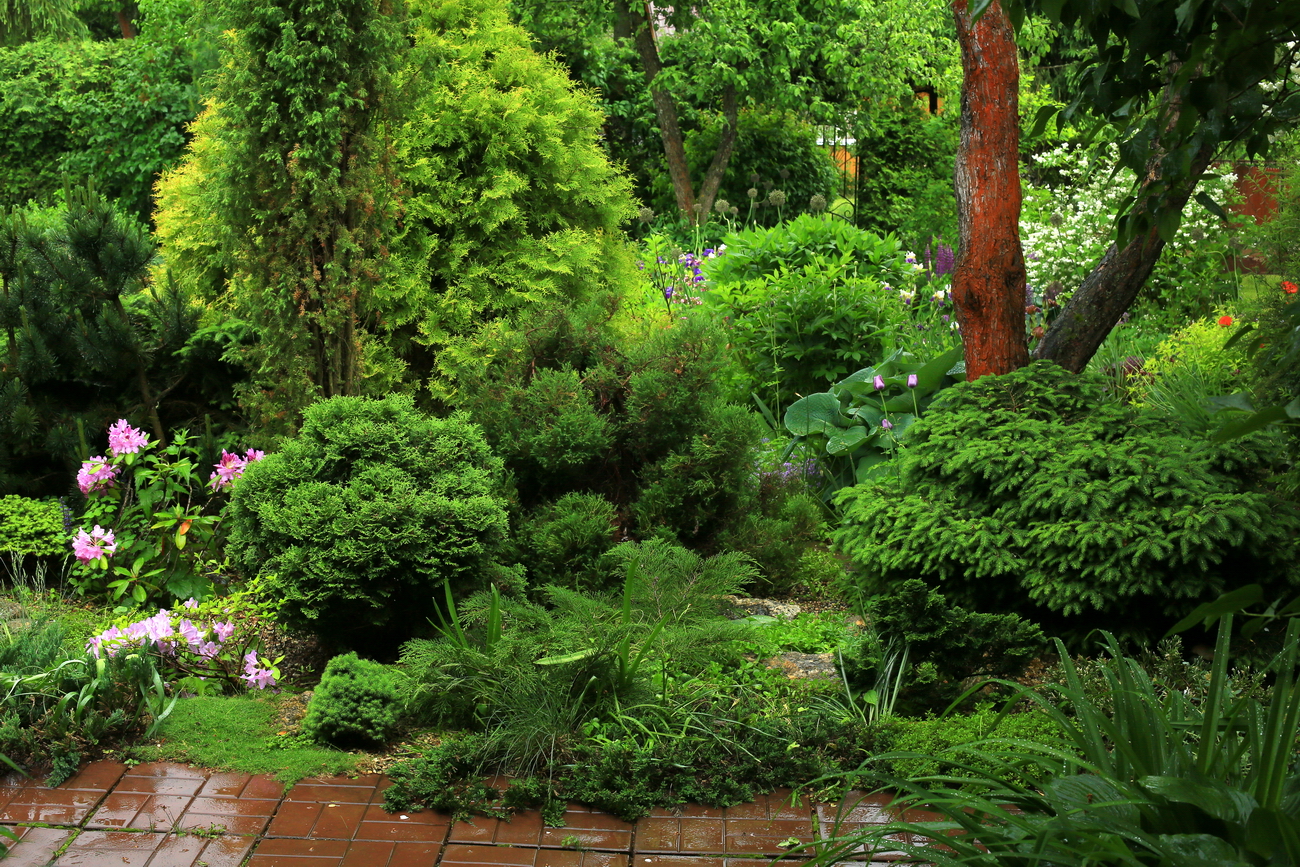 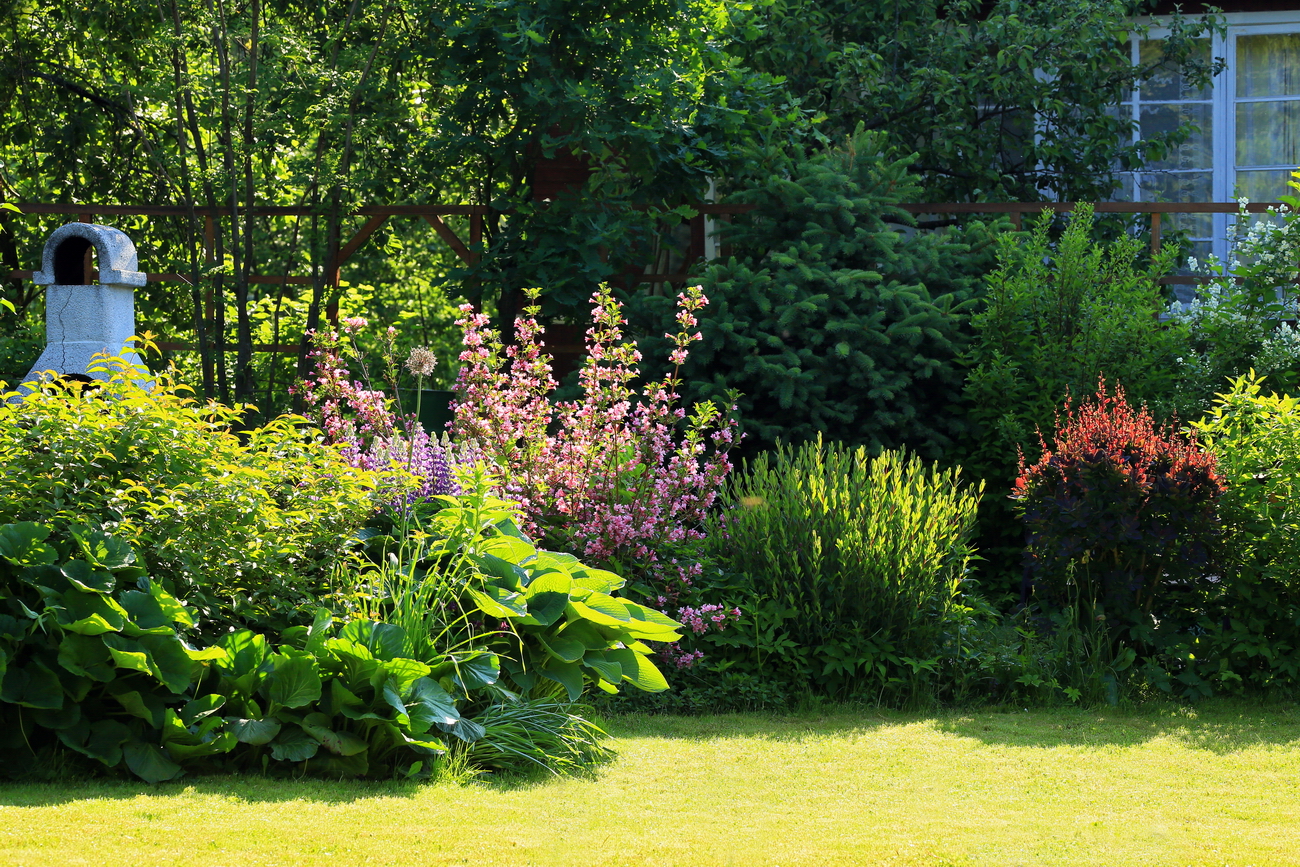