How to Stake and Train a Conifer

While many conifers are able to grow without any staking or training at all, newly planted trees may require it in order to establish well. Additionally, staking and training can be used to modify or adjust the central leader of a conifer, either to straighten it or to bend it. Traditional stakes, guying anchors, and other systems may be necessary, depending on the situation. Whether the purpose of staking is for stabilization, establishment, or modifying the form, the rules are the same. Any ropes, wires, or metal cables used for these purposes should not directly contact the stems or branches. Instead, straps (or similar materials such as canvas strips or bicycle inner tubes) should be used directly on the branches. They should be wide and flexible, with a smooth, broad surface. Staking elements should not be secured too loosely or tightly and should allow for some sway or movement of the plant in the wind. They should also be monitored frequently and adjusted as needed. 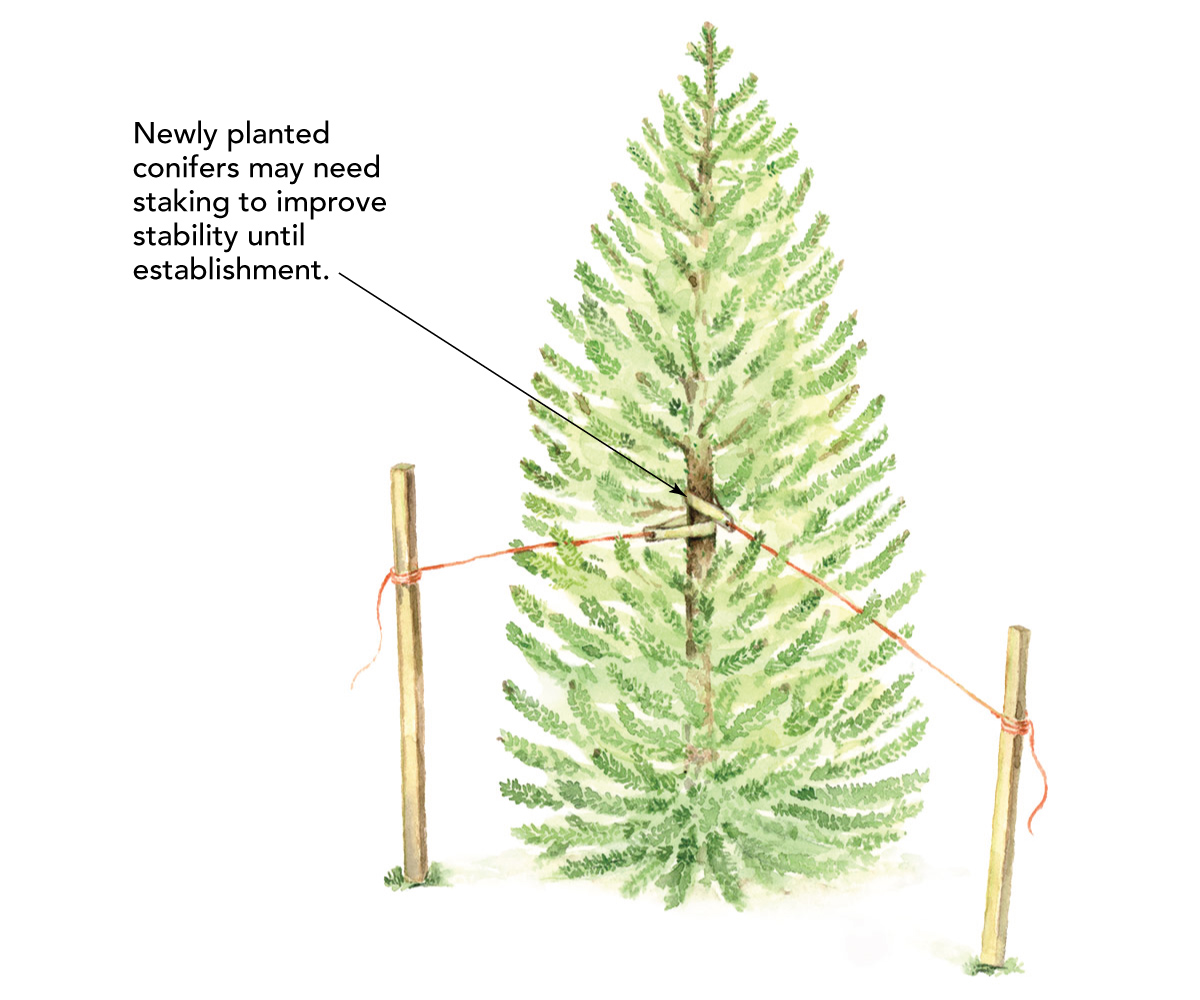 With newly planted conifers, the proportion of root mass to the aboveground growth is frequently insufficient to anchor the plant—hence the occasional need for supplemental staking until the roots establish and fulfill their anchoring function. Conifers in areas of high winds or on slopes, in particular, may need staking. Staking to aid in a young tree’s establishment should only be used for one year until the plant settles into place. 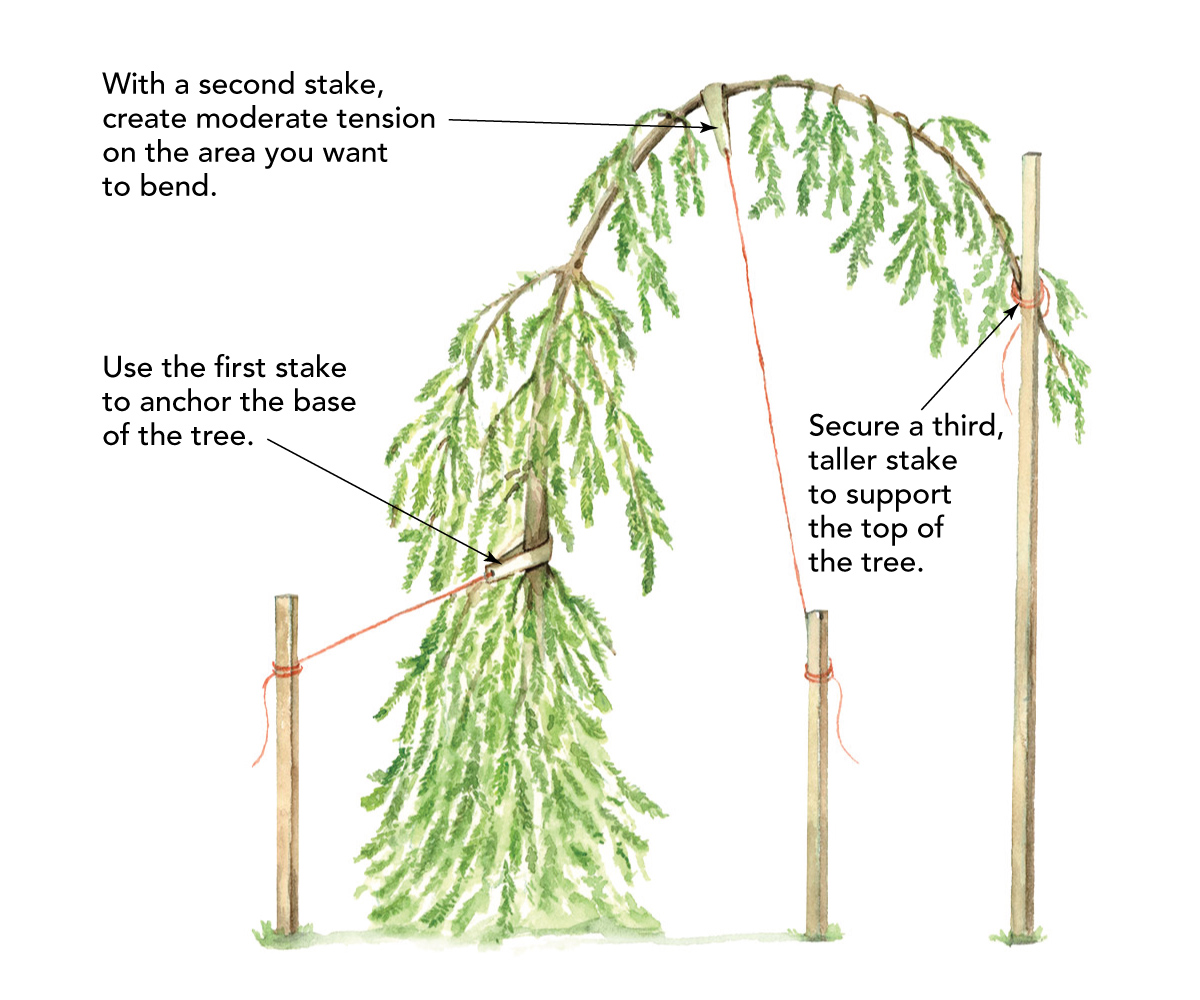 If you want to bend a conifer, realize first that this is a long process that relies on small adjustments and patience. Stakes have to be positioned in close proximity to the specimen to allow the points of contact to gently secure and pull the trunk and/or branches as desired. Start this process in spring. The placement of the stakes as well as the various attachments will have to be adjusted several times to encourage the slow process of modifying the specimen into a unique form. There should be a smaller stake stabilizing the base of the tree, one stake that creates moderate tension on the bending area, and a taller stake used to support the end of the branch or trunk being bent. Keep in mind that different varieties of various conifers may already display the features for which you might be considering these lengthy modifications, so it might be easier to select a tree with a naturally bendy or weeping habit. 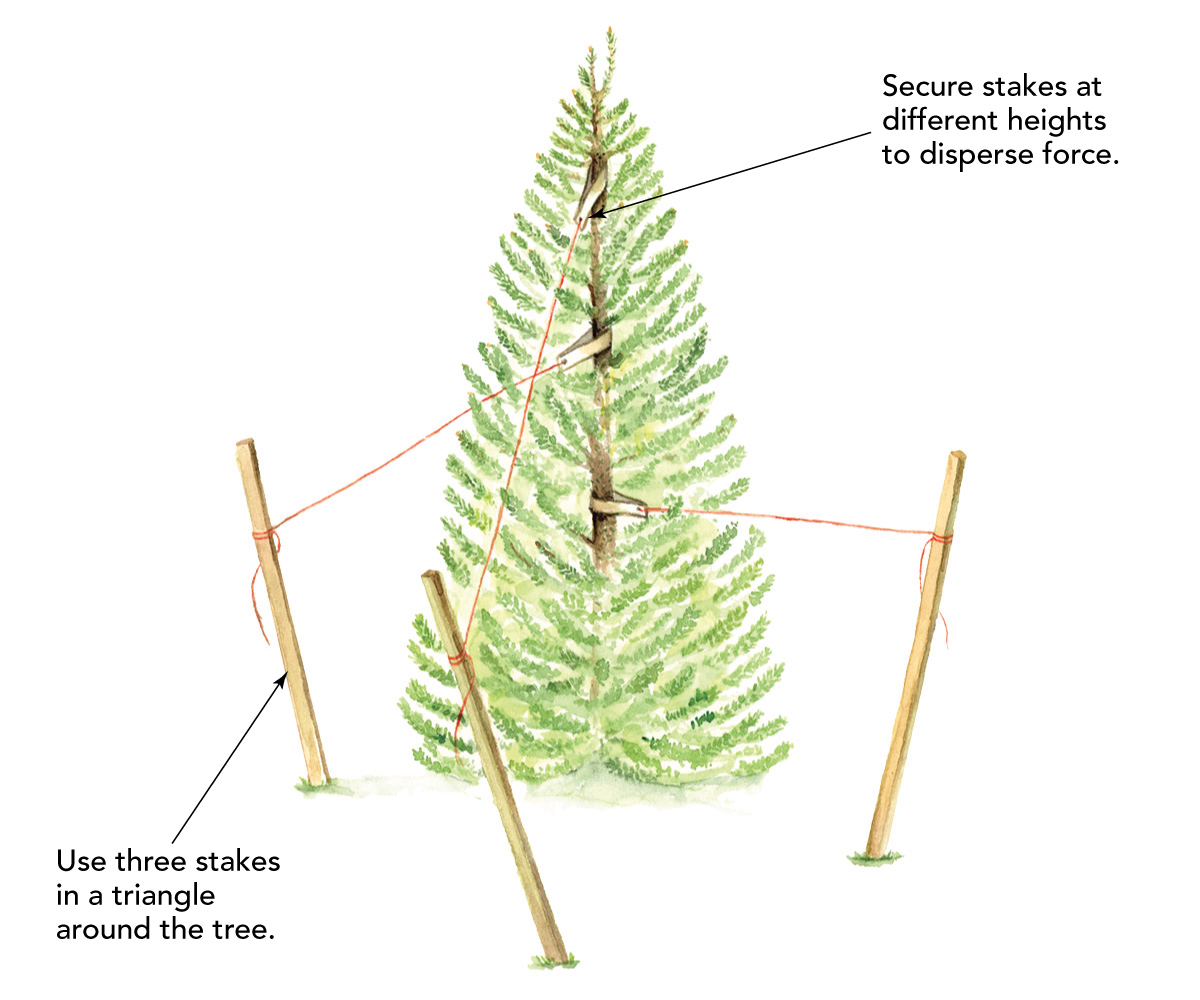 To straighten a ­central leader, utilize three staking points in a triangle around the specimen. All three attachments should be secured at different heights to disperse force but also allow for some movement. One attachment should be fairly high and adjusted as needed—whether through tightening, loosening, or moving the strap—to keep that leader straight over time. Together, the three stakes should create tension that will naturally straighten the tree. 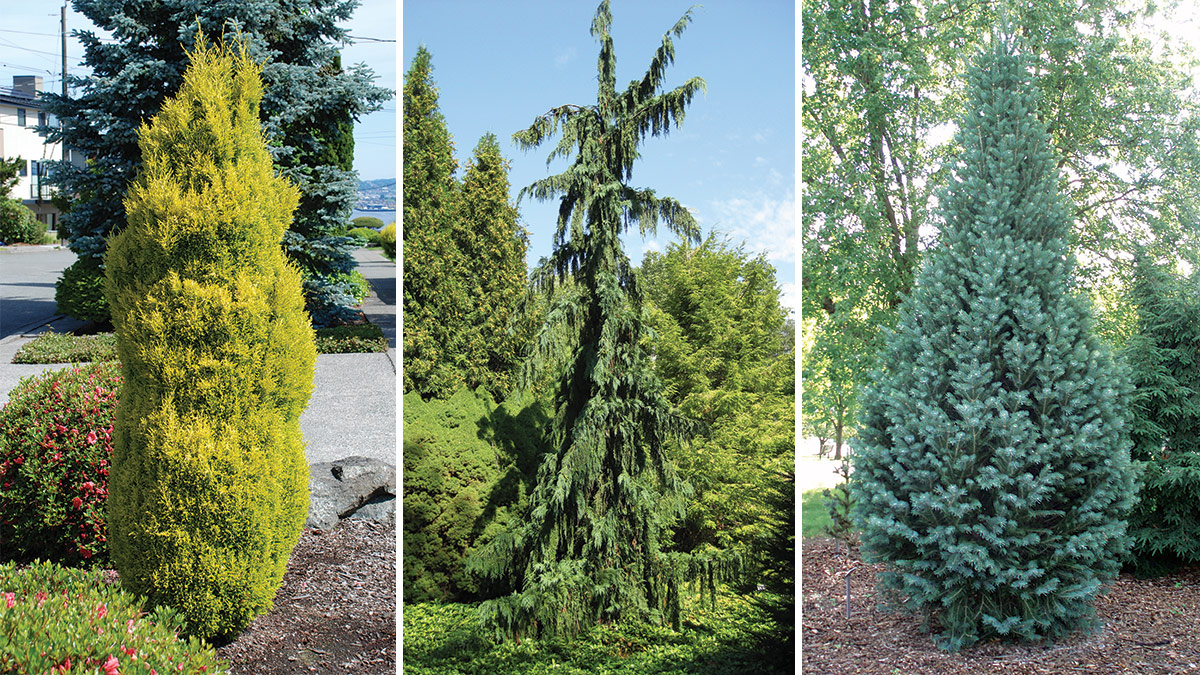 However you use them, these architectural trees make a statement in tight spaces.

—Mark Dwyer is the owner of Landscape Prescriptions by MD in Janesville, Wisconsin. He is also the garden manager for the Edgerton Hospital Healing Garden and is the Midwest regional reporter for FineGardening.com.