Forget about hostas and coral bells, these options are better-looking and guaranteed conversation-starters

If there were a question on the Family Feud gameshow, asking the respondents to name a shade plant, chances are the vast majority of the public would answer “hosta.” But, there is so much more to shade plants that the genus Hosta, like a creeping, evergreen-honeysuckle and an insanely cool Chinese fairy bell that looks like a black bamboo with chartreuse flowers. On this episode we shine a light on these, and some other, lesser-known heroes of the shade garden. 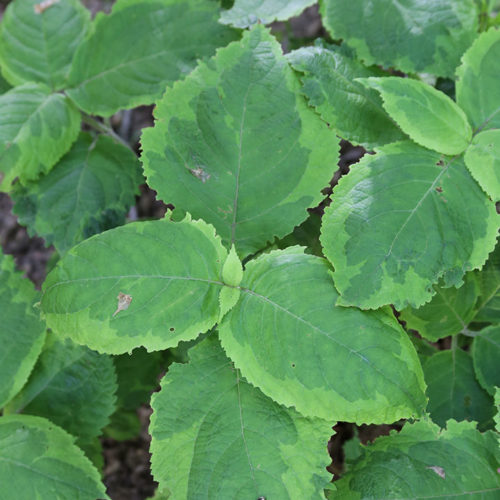 Another bold choice for darker spots is ‘October Moon’ Japanese shrub mint (Leucosceptrum stellipilum ‘October Moon’, Zones 5-8) which has large green, fuzzy, oval-shaped leaves with a golden edge. This beauty can top out at 3 feet tall, so just try to ignore it—we dare you! 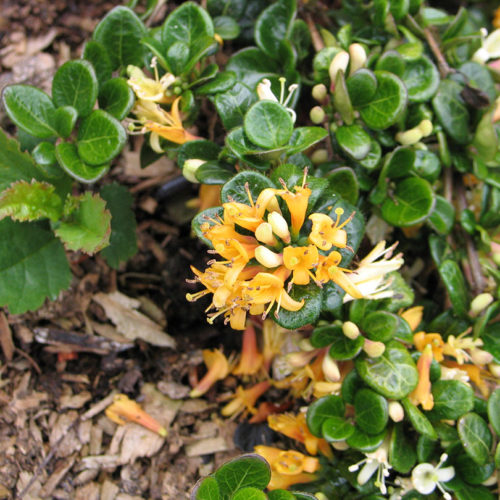 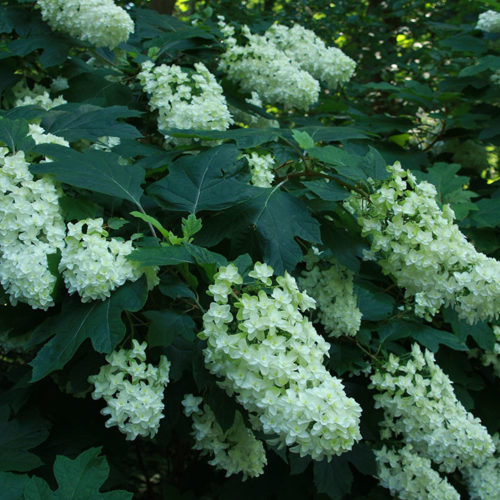 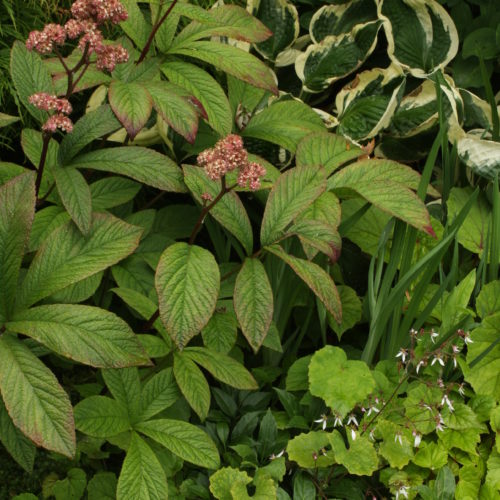 If you’re looking for something big and bold for the shade look no further than ‘Fireworks’ rodgersia (Rodgersia pinnata ‘Fireworks’, Zones 5-8). Aside from its baseball mitt-sized leaves, it sports dark pink blooms on black stems in summer.

Let’s Argue About Plants publishes every other Friday and is available through Itunes, Stitcher, and, of course, on FineGardening.com