Check out this ‘Purple Nightie’

Today’s GPOD comes to us from Lily Jacobi:

"I was expecting a frost on the evening of November 7th, so I went outside to see what was still blooming in my yard in Hooksett, New Hampshire. I brought in the last of the tropicals but some blooms were still holding on. Enjoy!"

Have a garden you'd like to share? Email 5-10 high-resolution photos (there is no need to reduce photo sizing before sending—simply point, shoot and send the photos our way) and a brief story about your garden to [email protected]. Please include where you're located!

Sending photos in separate emails to the GPOD email box is just fine. 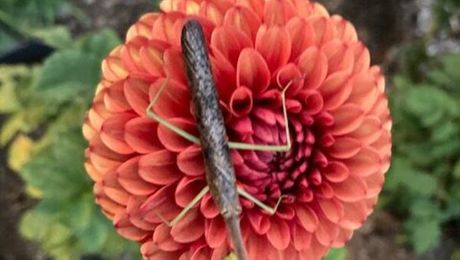 Garden Photo of the Day
A Challenging Year in the Garden

Christina Tyzzer is sharing a look back at the gardening year with us as we move into fall. We garden in Indiana in Zone 6a. It has been a hot,…