A Bit of a Squash

Do you know the expression “don’t teach your grandmother to suck eggs”? Basically this means don’t tell people much more experienced and wiser than you how to do something that they already know.

I fear that I may be about to make exactly that mistake by talking pumpkins to Americans.

Halloween is rapidly approaching – as I am sure you have noticed. It is a much bigger thing over with you than it is here. Our towns have only very recently been invaded by hordes of costumed children seeking treats nor is there much in the way of decoration. It came as a bit of a surprise to me last year (at about this time) when I was giving a talk in Washington State and the hotel reception area was festooned with fake cobwebs and witches’ hats. This was nothing compared to the house of my delightful hostesses where virtually the whole living room was covered in a miniature Halloween village with little electric ferris wheels and emerging ghouls. 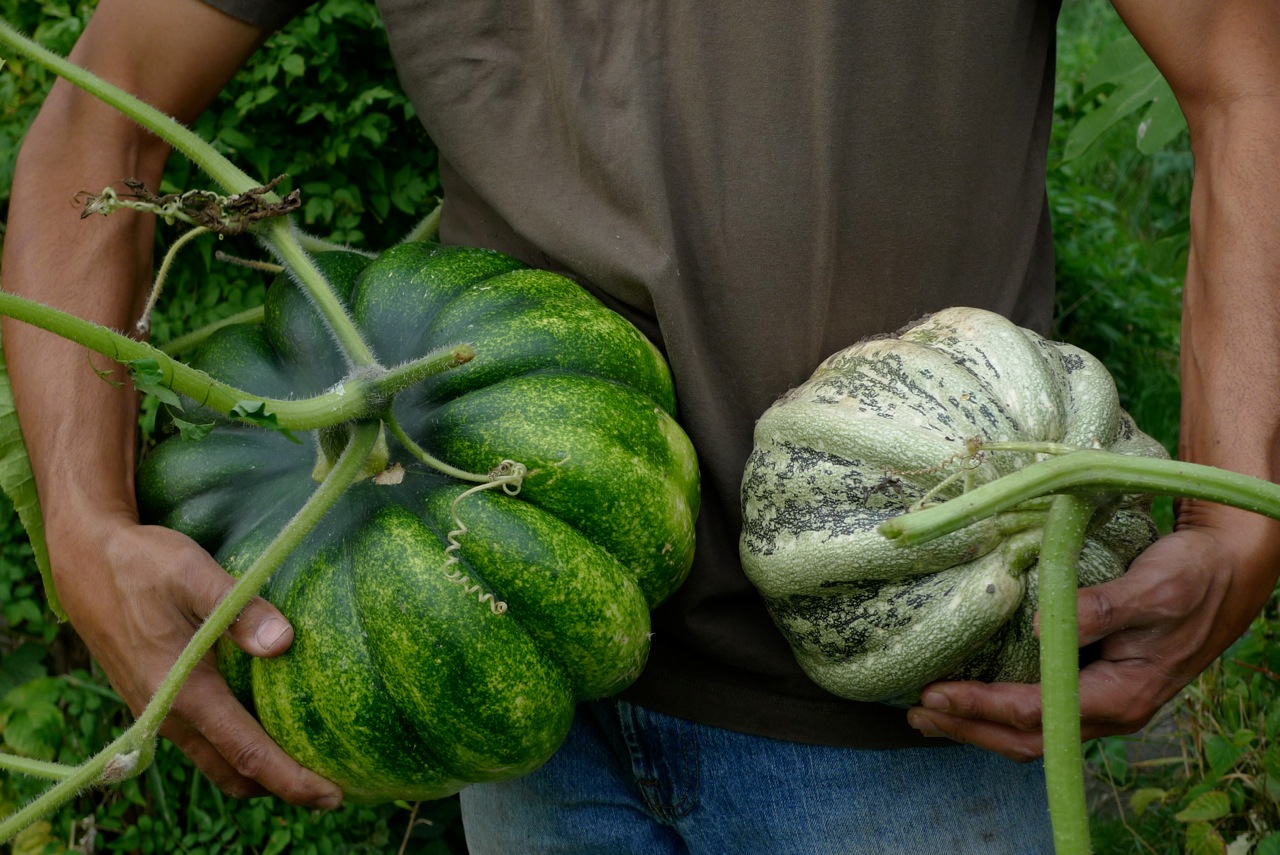 Along with the gradual awakening of Halloween we have also belatedly discovered Pumpkins. When I was a child pumpkins were something very alien and exotic. My only experience of them was from reading Peanuts cartoons – where Linus used to spend long nights in the pumpkin patch waiting in vain for the Halloween appearance of The Great Pumpkin: a sort of curcubit shaped Santa Claus. It never came.

I cannot remember seeing a real pumpkin for the whole of my formative years. 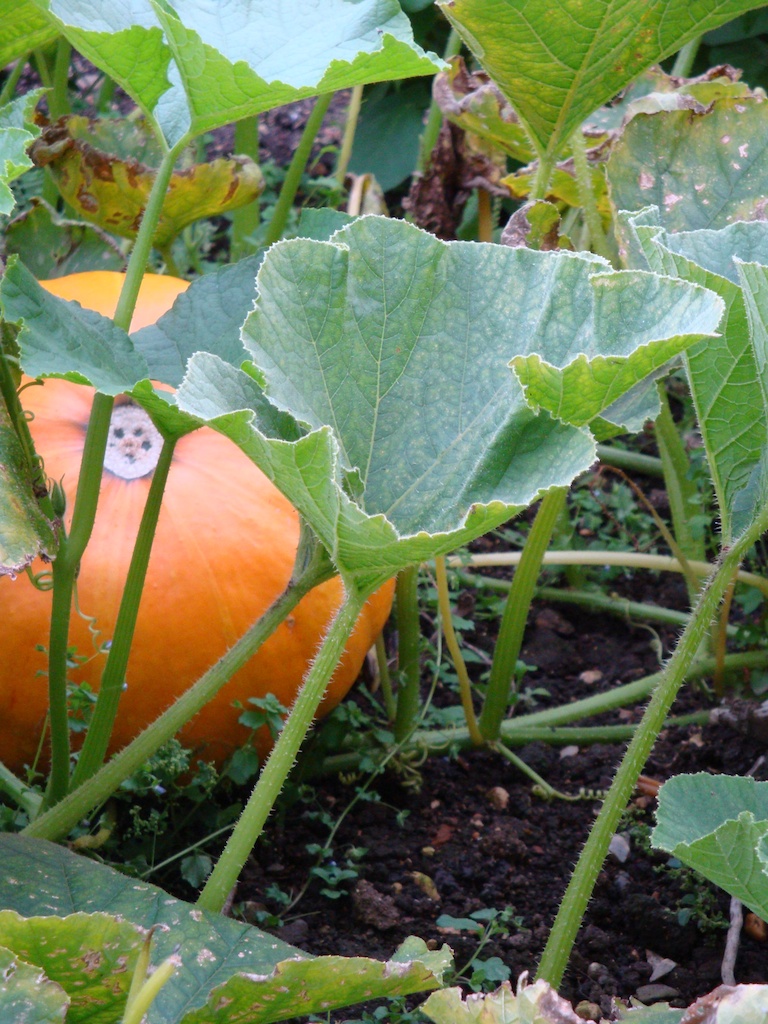 Recently, however, the carved Pumpkin lantern has become much more widespread. I have carved pumpkins for my children and very hard work it was too: the flesh is too hard for a spoon and not quite solid enough for a chisel or power tools. That said the result does actually justify the labour and they do make a very satisfactory glowing lantern although to use them for solely that purpose seems a bit of a waste.

I much prefer eating them: not as pumpkin pie (and I may be just about to stomp on the toes of a great American tradition here, apologies in advance), which, in my limited experience, is a rather sweet and sickly item the texture of nutty wallpaper paste that is only just improved by the application of lots of cream * – but as pumpkin curry, pumpkin soup or even just mashed pumpkin with bacon. There are many ,many permutations. 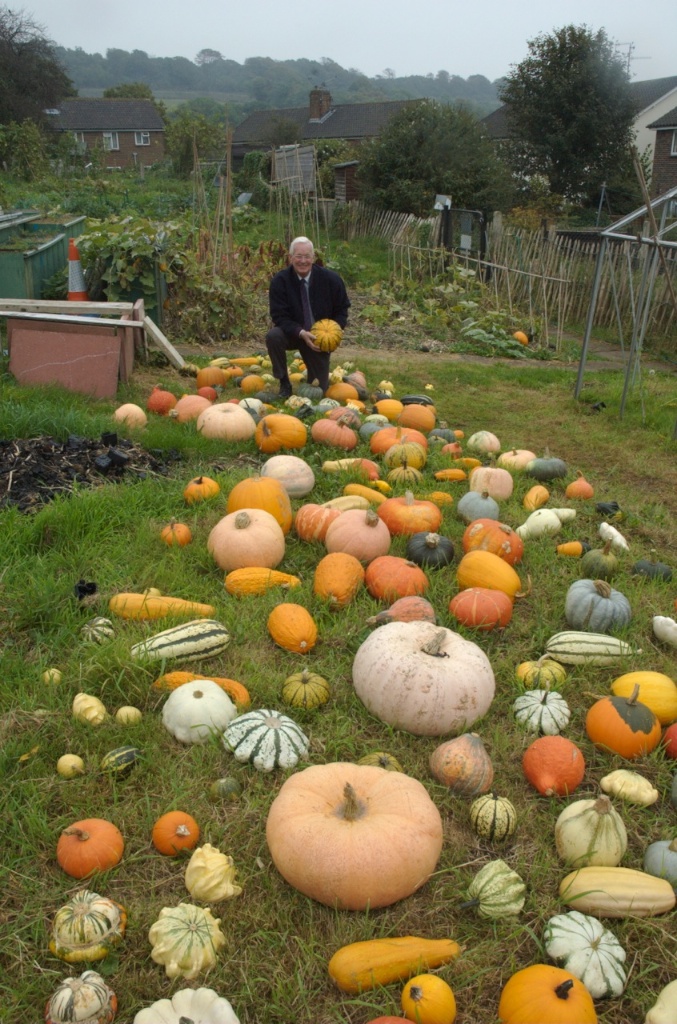 We grow three varieties: a big orange number called Vif d’Etampes which keeps well into the winter but means that once opened we are eating pumpkin for at least a week.

A small variety called Uchiki Kuri that is smaller and ready to eat a bit earlier.

The best tasting is green and knobbly and, to be frank, not as attractive as the others. It is called Marina di Chioggia and was bred near Venice. It has thick skin but tastes delicious.

The secret to growing pumpkins is to start them in a deep hole with lots of organic matter: it is good to grow them directly on a compost heap, for example. They also need lots of water. Ours also need protecting from moorhens but I doubt whether that is a very widespread problem. 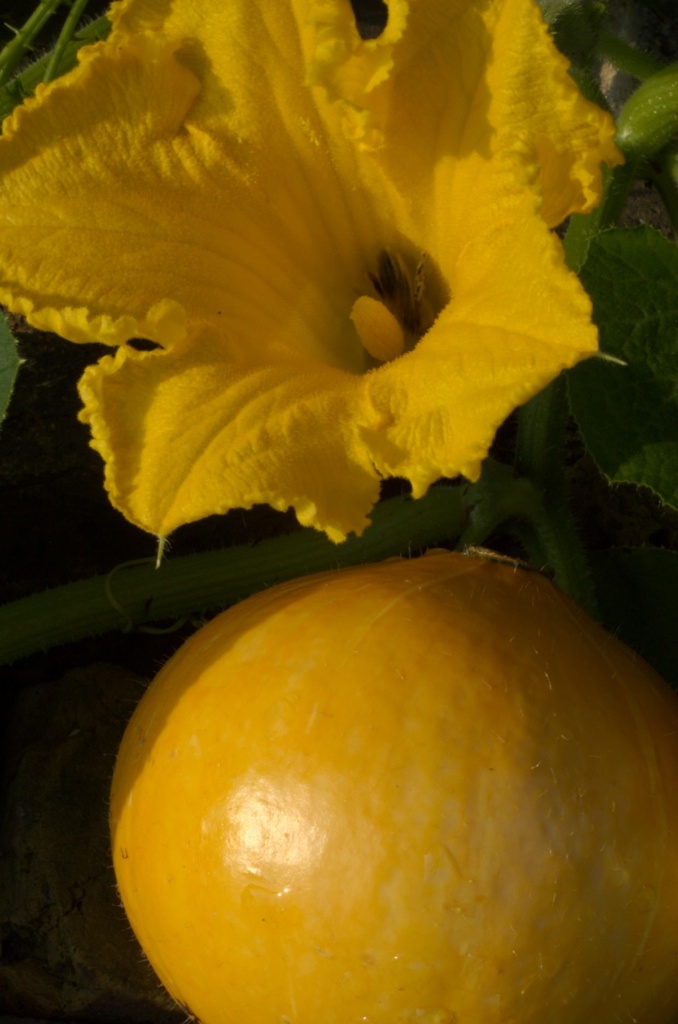 So, this Halloween, remember a pumpkin is not just for carving scary faces with but actually tastes delicious. Learn how to stuff a pumpkin here.