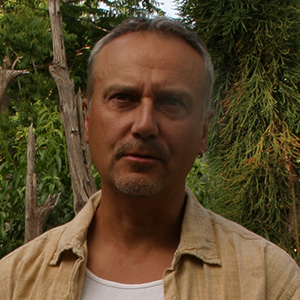 Dan Johnson has spent his life gardening and has worked in horticulture for decades, both in the nursery industry and in public gardens. This includes 25 years with Denver Botanic Gardens, where he currently serves as curator of native plant collections and associate director of horticulture. Dan splits his time between Denver and Tucson, Arizona.

Dan’s work focuses on xeric and native plants as well as naturalistic design. He is especially interested in cacti, succulents, conifers, aquatics, perennials, and tropicals, from the traditional to the rare. He has presented internationally on plant selection, exploration, and garden design and has been published widely in many different horticultural publications. Dan’s forays throughout the American West continue to expand his plant palette and knowledge. His travels have also included horticultural exploration in South Africa, Argentina, Spain, Pakistan, and the Mexican state of Oaxaca, often with a focus on steppe and desert climates with conditions similar to the American Southwest and Mountain West.