As I came up the steps, Lin’s voice was urgent. “We need to take Biff to the vet, right away.”

It was early evening and we’d been out for a bite. While we were away, Biff found and ate a small box of raisins that was in a bag, that was in another bag, that was under a stack of newspapers, that were on the kitchen table, that was surrounded by chairs (that lived in the house … never mind – this is serious). It doesn’t matter how he did it. Maybe aside from me lovingly calling him Biff the Wonder Spaniel, he also has radically major ninja skills.

Dogs (and cats) and raisins don’t get along. Kidney failure.

Ten minutes later we were at Santa Barbara’s CARE Hospital, grateful that the 24-hour emergency and critical care facility had reopened under new ownership just a few months earlier.

Biff spent two nights in their loving, attentive care, in a cage (he’s used to hogging the bed, testing if his stubby sausage tail fits inside my nostril), front leg shaved to take the IV tube, probably wondering why his humans had misplaced him, and missing his Wi-Fi access. (I’m kidding about the Wi-Fi; his iPhone was in the shop.)

For Lin and I, it was days of worry and deep pangs of guilt. We had an ASPCA (American Society for the Prevention of Cruelty to Animals) brochure in a drawer somewhere listing all the toxic stuff our opposably-thumbed species should be more vigilant about: medicines, fertilizer, anti-freeze, cleaning products. 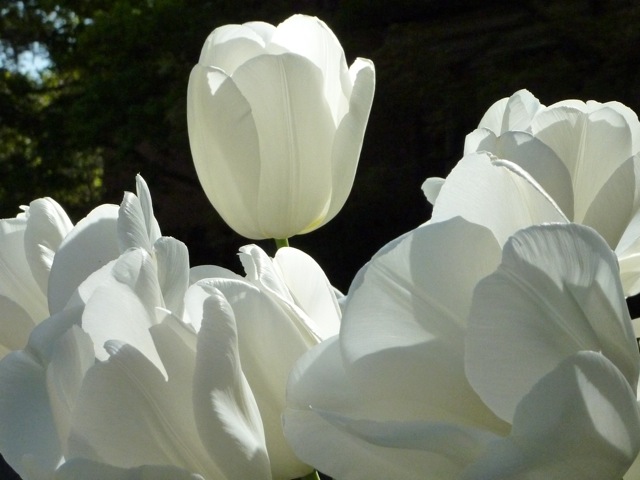 Have you ever received a gift azalea, pinkly lighting up a winter living room? Narcissus bulbs, coaxed to bloom indoors while the rest of your garden is buried under glistening Christmas snow? Tulips? Begonias, with their angelic wings and soft pastel rosettes? Oh, and all those lusciously green tropicals, like philodendron, spathiphyllum, pothos, and schefflera.

These are just a handful of the 392 plants listed at the ASPCA’s website, along with foods, household items, and “recreational” items that put pets at risk every day. Amy Stewart’s Wicked Plants lists dozens that could just as easily snuff out an NFL line-backer, but also cause your pet a world of hurt-or take them from us permanently.

Depending on which toxin a pet gets into and how much they consume, symptoms can include oral irritation, drooling, vomiting, the runs, depression, loss of coordination, organ damage, bone marrow suppression, tremors, cardiac failure, seizures, coma, or death.

This doesn’t mean you should clear-cut and pave your garden, or banish every chlorophyll-laden life form from your house. But it does mean that all of us plant and animal lovers need to educate ourselves and take responsible actions to assure we’re truly looking out for our trusting pets’ welfare.

So here’s what you can do.

Visit the ASPCA’s animal poison control web page and familiarize yourself with their advisories. There are other links leading to lists of toxic and non-toxic plants, the 17 most common toxic plants, and Animal Poison Control FAQs.

Then look around, inside and out, for the stuff that puts your pooch or puddy tat in harm’s way. Put those plants and products REALLY out of reach, lock up harmful substances, or get rid of them.

I’m not a vet, but common sense tells me that if your pet’s behavior suddenly changes, or you see any of the symptoms I listed above, contact your veterinarian immediately, or call the ASPCA Animal Poison Control Center at 888-426-4435.

Biff is fine now. We acted quickly and he was under their care before developing any serious symptoms. (Or he might have staged the whole thing, opening the raisin box, removing the contents, climbing inside the chimney and stashing the dried fruits inside – I did say he was a Wonder Spaniel, and he does have his dad’s sense of humor.)

I could think of better ways to part with $1000 than to leave it with the pet hospital, not to mention the emotional cost. We’re shopping around for pet insurance (there are lots of plans on-line, or check with your vet for a recommendation).

I’m guessing you’ve heard of Garfield, the comic strip cat who, despite his voracious appetite, won’t touch raisin cookies. He says he won’t eat anything that’s good for him. Turns out he’s doing the right thing, even if it’s for the wrong reasons.