Popping Out All Over

There is something rather wonderful about an oriental poppy.

We all love poppies: the family offers a captivating mix of delicate annuals, biennials and perennials most of which have spider-leg stems and papery flowers – ethereal and fleeting. They are particularly poignant this summer as we commemorate the hundredth anniversary of the First World War. But within every family there is always an exception to the rule. In this case it is Papaver orientale which is vigorous, solid and robust: a bit like an elephant amongst marmosets.

There is something rather wonderful about an oriental poppy – the slightly wrunkled, new born baby petals, the depth of colour, the central boss with its crown of quivering black stamens looking like an upended beetle and the heavy drumstick seed pod. 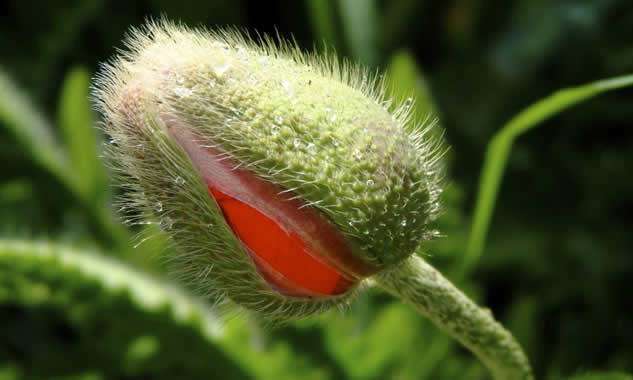 The Oriental poppy was introduced from Turkey at the beginning of the eighteenth century and for the first couple of hundred years you could have any colour as long as it was orange – nothing wrong with orange but perhaps a little limiting. However, in the early twentieth century the spectrum was transformed by the introduction of pinks (both pastel and vivid) and whites into the mix so the choice available to gardeners became much wider. From these experiments sprang such delights as Black and White which is crisp white with inky black splodges and the distinguished greyish pink of Cedric Morris. Memories of orange were not completely lost as new versions of the stronger colours keep arriving: the bloody scarlet of Beauty of Livermere and the explosive orange flash of Turkenlouis (which also has a wildly shredded edge to its petals). 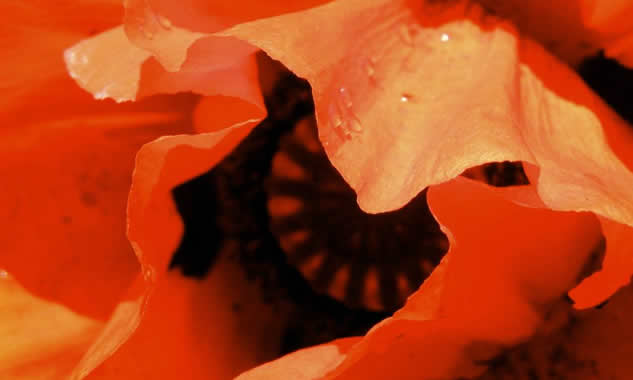 Added to all the science and hybridisation was the occasional accident – most notably Patty’s Plum which was discovered on a compost heap and is a sort of washed out blackberry stain colour that does best with a little shade.

Many gardeners feel that allowing oriental poppies into your borders can be like inviting someone on holiday only to discover that, beneath the initial charm, lies somebody of unsound personal habits and opinions. They flower well but only for a short time after which they die back with a distinct lack of grace. Within weeks they are transformed from a dominating and delicious presence in the border to a few stems and blackened leaves surrounded by a wasteland of naked soil. The contra argument to this is that the full bodied lustrous flamboyance of the flowers is such that they can be forgiven anything. The secret is to make sure that there are lots of other plants surrounding them and that you cut them back immediately after flowering – this gives the foliage a chance to come back. 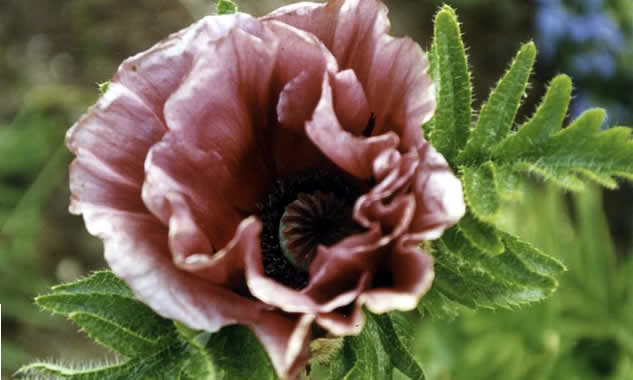 Science, however, is riding to the rescue of the Poppyphile (I am pretty certain that that is not a real word but you get my meaning). There is a new range of poppies that flower for much longer that range in height from two to four feet and produce lots of different hybrids. For this we in Britain must thank you lot over there: in particular a very patient fellow called James Welt who crossed five different sorts of poppy. The purpose was to try and breed a flower that would not fade in sunlight and which would last longer – in the heat of California the petals tumble by lunchtime. 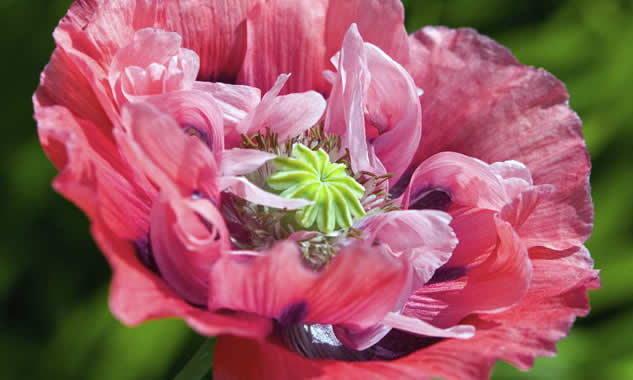 Most of the combinations were uninteresting but occasionally the magic happened. The new poppies have thicker, more resilient petals which work well in hot sunshine but even better in our temperate climate. So thank you very much, America.