Freshen up your garden and increase blooming with these techniques

When most people think of pruning perennials, the first thing they think of is tidying up their garden before spring. However, there may be times you wish to take a more advanced approach to how you treat herbaceous perennials in your garden throughout the season. As with most things in life, timing is everything. Now is a great time to grab some loppers, head out into the garden, and experiment.

Often when June rolls around in my Tennessee garden, I take a look around and want to clean up the appearance of many of my herbaceous perennials. Sometimes this is because they have finished flowering and I want to encourage another flush of blooms. Sometimes it is because heat or disease has made them not look their best, or because I want to delay their bloom to later in the season on a shorter plant.

Midseason perennial pruning in the South can vary depending on your exact location and is often done with your first possible frost date in mind.  In Tennessee I try to use July 4 as the marker of when to get anything cut back and still reliably expect a bloom. As you move south, that date can be pushed even later. Hayes Jackson, extension agent for Alabama A&M University in Anniston, Alabama, who works with urban and suburban homeowners, says, “In Central Alabama by the middle of June the heat and afternoon thunderstorms are already taking a toll on many perennials. This is particularly true of cannas (Canna spp. and cvs., Zones 7–10b) and gingers (Hedychium spp. and cvs., Zones 7b–10b). Between midsummer and August, I rejuvenate plants that have blown over or become unsightly by cutting them back to the ground and letting new foliage emerge to replace what has been damaged by heavy rains, wind, or insects. Also, many perennial salvias (Salvia spp. and cvs., Zones 3–8) tend to respond well to a hard pruning between now and the beginning of August.”

No boilerplate recommendation can be given for all perennials when it comes to pruning. Knowing each individual plant that you have in your garden and how it responds to pruning in your climate is important. Know that perennials in general are very forgiving plants.  Experimentation can lead to great discoveries over time. Below are some common terms used when talking about pruning and how I tend to apply them in the garden.

Lodging: The bending over of stems, or the opening of the crown of a plant. Lodging may occur when an unsupported plant falls or breaks because of its own weight or because of heavy winds or rain. Many North American native perennials are susceptible to lodging.  This often happens when perennials adapted to poorer soils are placed in more hospitable, rich garden soil, causing them to grow faster or taller than they would in their native habitat. Joe Pye weed (Eutrochium spp. and cvs., Zones 2–9) and ironweed (Vernonia spp. and cvs., Zones 3–9) are common lodgers in the garden. Cut back perennials susceptible to lodging during this time of year. This will control their height as well as give you a slightly later bloom.

Pinching: The removal of terminal flower buds or leaves to increase overall branching. Depending on the plant, this is often done earlier in the season to create more robust plants. However, younger plants can benefit from pinching this time of year to help increase their branching. I like to pinch back plants such as aster (Symphyotrichum spp. and cvs. Zones 3-8) that are known for their fall displays to see if I can encourage new growth and increase flower bud count.

Shearing: A pruning method, also called “cutting back,” that removes large amounts of plant material simultaneously. Shearing can happen anywhere along a plant’s stem and does not take into account individual plant stems or their structure. Shearing is an example of the rejuvenation pruning method mentioned above. Plants that respond well to shearing include catmint (Nepeta spp and cvs., Zones 3–9) and upright sedums such as Autumn Joy sedum (Hytotelephilum ‘Herbstfreude’, Zones 3–9).

Most garden perennials are fairly forgiving plants, and pruning them is by no means an imperative. However, some well-timed pruning can really freshen up the look of your garden. So take a look around your garden for some perennials that might respond well to a quick haircut.

Andy Pulte is a faculty member in the Plant Sciences department at the University of Tennessee. 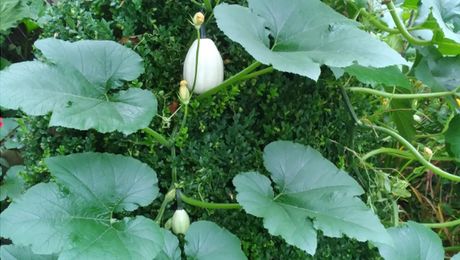 Garden Photo of the Day
Success and Failure 2022

Today’s photos are from Lee Ann McAlpine, who is looking at her Ohio garden this year and determining what worked and what didn’t. My husband and I moved to our…