How to Treat Needle Drop on Evergreen Conifers

This is a symptom that can signal anything from a severe tree problem to no problem at all.

All the needles on a conifer begin to brown up or drop. 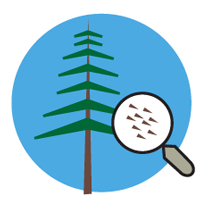 2. How to Diagnose it

A key is understanding when needle shedding is normal and when it’s not. Of course, we’re excluding deciduous conifers such as larch (Larix decidua and cvs., Zones 2–6) or bald cypress (Taxodium distichum and cvs., Zones 4–9) that drop all their needles every fall. Most evergreen conifers used in landscapes retain their needles for four to eight years. This means that they shed interior needles each year and we usually never even notice that needles have dropped. At the other extreme, if all needles on a conifer begin to brown up or drop, it may be cause for major concern.

Sudden and widespread needle drop can be an indication of a root-rot pathogen or other serious root issue. Needle shedding can also be an indication of specific needlecast diseases, particularly on spruce (Picea spp. and cvs., Zones 4–9, photo) and Douglas fir (Pseudotsuga menziesii and cvs., Zones 4–6). Needlecast fungi infect current-year (outermost) needles, which then die the following year. As a result, conifers with needlecast often have an outer “shell” with live needles, while the interior of the tree is bare. 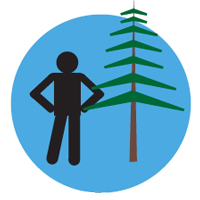 Needlecast diseases can be treated with fungicide applications, but you should consult with a certified arborist to determine if treatment is warranted. Unfortunately, if the issue is root-related, there often is no reasonable treatment.

TIP: DON’T WORRY IF YOUR WHITE PINES ARE YELLOW.

One important exception to perceived problematic needlecast is Eastern white pine (Pinus strobus and cvs., Zones 2–9), which normally drops its needles after two growing seasons. The senescing needles on white pines often turn bright yellow before they drop. This may be alarming, but it’s completely normal.