While you may be familiar with the eye-catching foliage of alocasias (Alocasia spp. and cvs., Zones 9–11) in your annual garden, this versatile ­genus is making big waves all year long ­indoors as well. Boasting some of the most striking foliage in the houseplant world, alocasias are an increasingly popular addition to ­indoor plant collections due to their ­unmatched sculptural and architectural ­appeal. But there are a few tricks to making sure these plants stay happy inside.

Deciding where to put your plant requires a delicate balance

First, alocasias need bright but indirect light to thrive. Direct sun will cause the leaves to burn, so avoid placing your alocasia in a spot where it will be exposed to direct sun for a prolonged period. But be warned­—this plant is not tolerant of low-light conditions indoors, so make sure the space you are placing yours in is bright for at least four to six hours per day. Alocasias are also native to—and grow best in—humid environments, so avoid placing them near an air-conditioning unit or a heater. I’ve found great success using subirrigated planters and pebble trays. Alocasias also respond well to generous misting in the winter months to increase the relative humidity around them.

Alocasias like their soil on the dry side. Always allow the top 2 to 3 inches of soil to dry between waterings to ensure the plant isn’t sitting in soil that’s too wet. Alocasias can be susceptible to root rot and fungal infections if their soil doesn’t have proper drainage and becomes waterlogged. Additionally, they should be fertilized only during their growing season, generally from April through September. I use organic liquid fertilizers that can be diluted during the normal watering routine. In winter, alocasias may go through a dormancy period as the light wanes and temperatures cool. During this time, your plant will require less-frequent waterings, as the soil will take longer to dry. If your plant begins to lose leaves, don’t give up hope; it often will show robust growth again in spring. 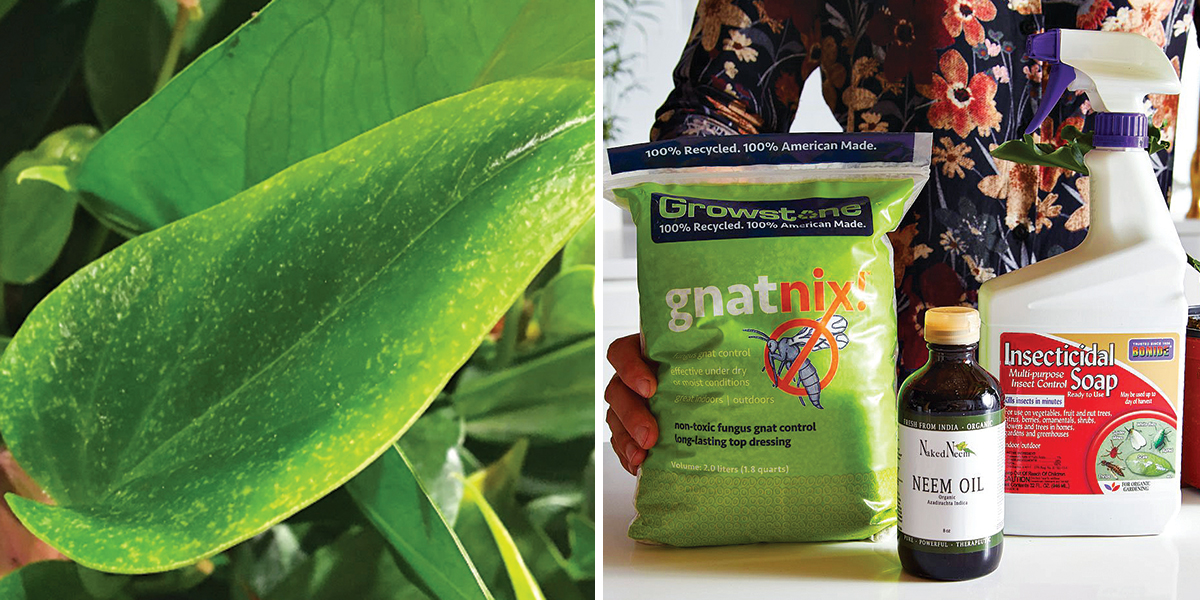 Alocasias are attractive not only to indoor gardeners; they are a beloved food source and habitat for spider mites as well. While many different types of houseplants can develop infestations of spider mites, alocasias are particularly vulnerable. If you have many houseplants, spider mites are likely to seek out alocasias before other plants. Regularly misting and wiping the leaves of your plant with a microfiber cloth will do wonders to keep these pests at bay. Also, prune off any yellowed, dried, or otherwise decayed foliage, as leaving it can encourage pests. For intense infestations of spider mites, consider an organic pesticide.

Select a cultivar that fits your taste and lifestyle.

1. ‘Frydek’ is perfect for the absent-minded gardener. ‘Frydek’ has been a rising star in the indoor plant world for the past couple of years. It is commonly called “green velvet alocasia” for good reason. The leaves have a glorious velvety sheen that is highlighted by silvery green veins. Though susceptible to spider mites like most alocasias, ‘Frydek’ is a very hardy variety that rebounds well from both pest infestations and neglect.

2. ‘Morocco’ will fit on your desk. ‘Morocco’ is lesser known but is one of my all-time favorite alocasias for use as a houseplant. It boasts deep green, shield-shaped foliage lined with soft white veins atop striking pink petioles. Its smaller size makes it a great choice for a well-lit desk or shelf, and I’ve found it to be less susceptible to mites than some other varieties.

3. ‘Polly’ is a classic for a reason. Probably the most common alocasia you’ll see at the nursery, ‘Polly’ is one of the easiest alocasia cultivars to grow indoors and one of the most striking. With rich green leaves touched with silvery veins and purple undersides, ‘Polly’ is a standout in any houseplant collection.

Photos, except where noted: Rebecca Bullene