Beekeeping is a fascinating and rewarding hobby, which benefits both the beekeeper and the local environment. Honeybees help pollinate garden plants as well as plants that provide food for wildlife. Also, a well-managed hive can produce (in a good year) more than 100 pounds of surplus honey.

At one time, honeybee colonies could be found on almost every farm and in the backyards of many homes. As the beekeeper population aged, however, and small farms disappeared, interest in beekeeping declined and fewer people kept bees as a hobby or as a sideline.

But with the discovery of colony collapse disorder and the widespread loss of honeybee colonies throughout the United States and Europe, this trend has started to change. People have become concerned about the plight of the honeybee and want to do something to help offset the losses of these important pollinators.

Many people, though, lack the knowledge or hold a number of misconceptions about beekeeping, which prevent them from starting their first hive. Let’s examine some of these myths to dispel common concerns about beekeeping and, perhaps, provide some encouragement for getting started in the hobby.

Myth 1: Bees need to be in a rural setting to produce honey.

TRUTH: Bees can find nectar in even the most unlikely places. 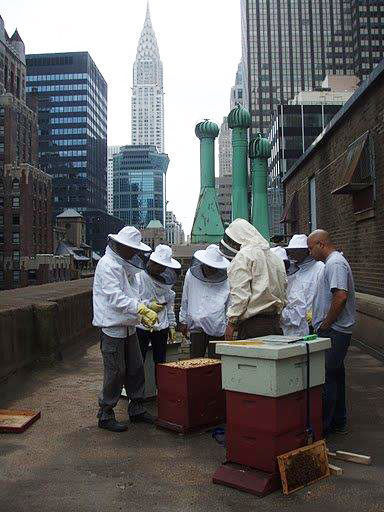 There is often a misconception that honeybees need to be kept in rural areas so that they can find sufficient nectar sources for honey production. Nothing could be further from the truth because many urban and suburban areas have an abundance of flowering plants that produce nectar. Flowering trees, shrubs, and other plants can be found in parks, along streets, and even in abandoned lots. Honeybees are amazingly adept at finding good sources of nectar. They normally forage at distances of up to 4 miles from their hive, giving them a huge area in which to locate nectar. Bees foraging at a distance of 2 miles have a potential foraging area of more than 12½ square miles in which to search, an area about half the size of Manhattan. If you increase the foraging distance to 3 miles, bees have a potential foraging area of more than 28 square miles. Once good nectar sources are located, foragers can recruit other hive members to the site to improve nectar collection. Honeybees have a highly evolved dance language that allows them to communicate both direction and distance to food sources, a behavior that improves their foraging efficiency and ability to utilize even distant nectar and pollen sources. 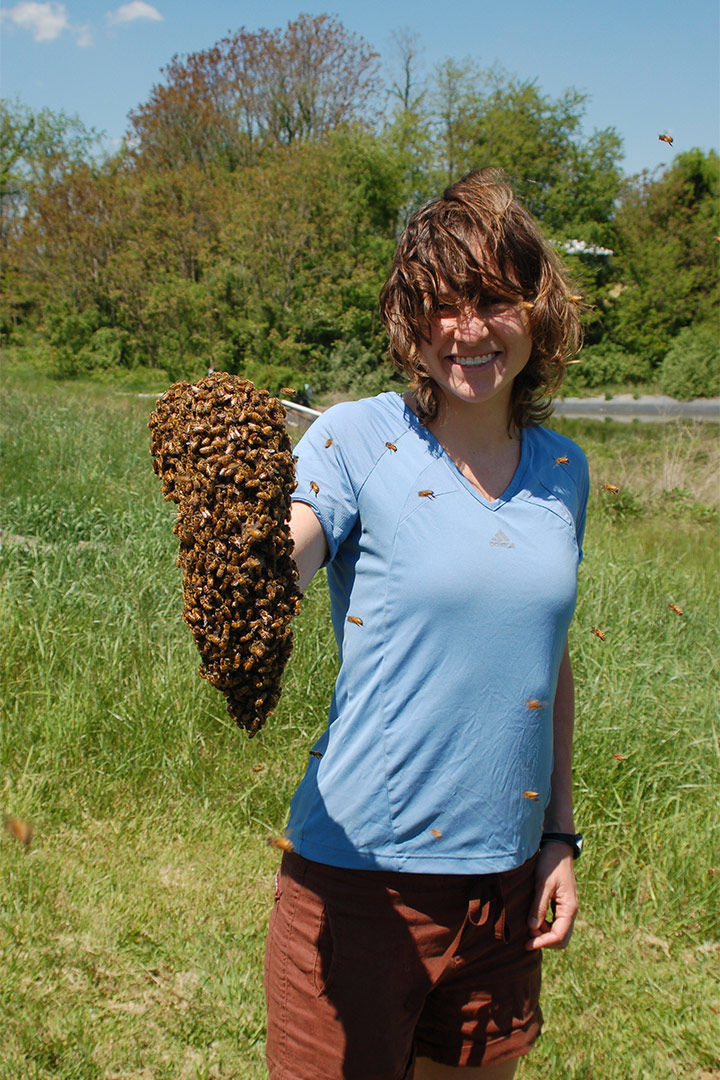 A swarm generates lots of excitement for those not familiar with one, especially if a cloud of bees settles near a home. A swarm is normally gentle and unlikely to cause problems. Before a swarm leaves the hive, the bees engorge on honey to provide energy for the move to a new nest site, and bees that are full tend to be nonaggressive.

Swarming is a natural process of colony reproduction, and honey­bee colonies will swarm if not managed properly. In an unattended apiary, anywhere from 10 to 40 percent of the colonies can be expected to swarm in a given year.

The specific causes of swarming are not known, but we do know that crowding and the age of the queen bee play an important role in the process. Colonies preparing to swarm typically rear 15 to 20 queen cells, and the colony swarms shortly after the first cells are capped (cells are capped just before the larval queen pupates and develops into an adult). When the swarm departs, 30 to 50 percent of the bees will leave with the old queen and settle at a temporary location from which scouts will search for a new home. When a suitable nesting cavity is located, the swarm will move to the site and start a new colony. When one of the new queens emerges in the parent colony, she typically kills the other developing queens, then mates and takes over as the hive queen. 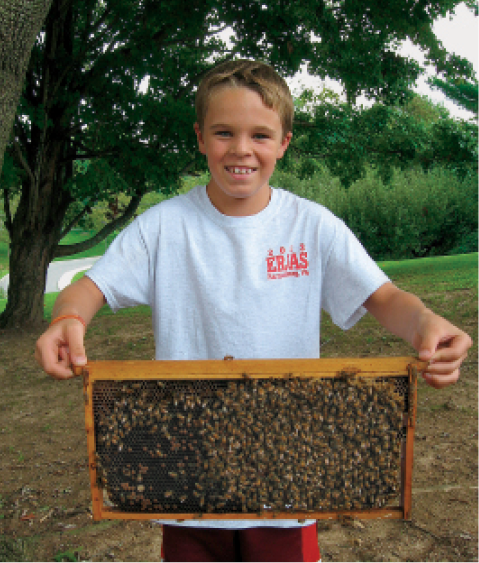 Honeybees are not particularly aggressive, and hives can be worked with minimal danger of being stung if proper techniques are used and protective clothing is worn. Colonies differ in temperament, however, and some honeybees are more protective and aggressive than others. The most notable examples are the Africanized bees that have become established in the Southwest and Gulf Coast states. Many bee breeders advertise gentle bees for sale, and I recommend that hobby beekeepers use gentle strains from bee breeders in non-Africanized bee areas.

Having a hive or two in the backyard does, of course, increase the chances of a sting, but even this can be minimized by locating hives in a low-traffic area and taking care when mowing or working nearby. Most stings cause no more than localized pain, redness, and swelling, but some individuals may experience more severe allergic reactions. Life-threatening reactions, though, are rare and estimated to occur in less than 0.2 percent of the population. The average individual in the United States is five times more likely to die from a lightning strike than from a bee sting.

TRUTH: Bees need only a few hours of your time per year. 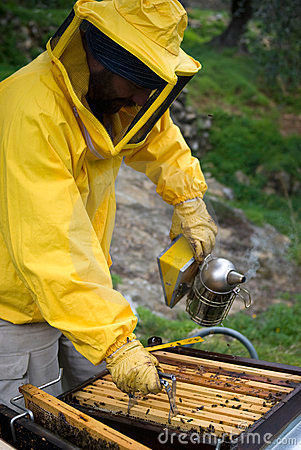 Managing a hive requires much less time and effort than one might expect, especially when compared to the management needs of other animals. A common problem that many new beekeepers have is that they want to constantly check on their new hives. While this is understandable, a colony will generally do better if you leave it alone.

A colony needs to be examined only eight to 10 times a year, with the most intensive efforts occurring in late winter and spring when four or five inspections may be needed to ensure survival, evaluate colony health, and prevent swarming. Once the major nectar flows start in late spring to early summer, little management is required other than an occasional check to see if additional hive bodies are needed on the hive for honey storage. When the nectar flows end in mid- to late summer, surplus honey can be removed and extracted. Colonies should then be inspected again for health and overall condition. As the weather cools in fall and foraging activity declines, the major concern becomes ensuring adequate colony preparations for winter. Because honeybees are active all winter, colonies need to be checked for honey stores and given supplemental feedings if necessary. All told, the time involved in the management of a honeybee colony is probably less than 15 hours a year.

Myth 5: You must keep honeybees to have bountiful crops.

TRUTH: Other bees and insects pollinate, too. 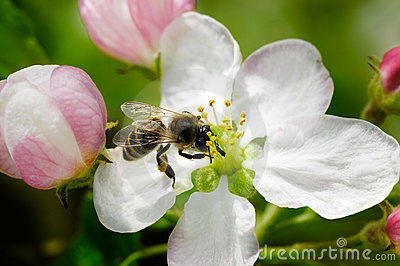 Honeybees are excellent pollinators and help pollinate a wide variety of crops. Honey­bees, however, are not the only bee species that play an important role in pollination. There are an estimated 3,500 bee species in North America, many of which play a significant role in pollination. For many crops, non-honeybee species may, in fact, form a larger percentage of the flower visitors than honeybees. A recent study conducted by Nancy Lee Adamson at Virginia Tech found that more than 70 percent of the bees visiting apples, blueberries, caneberries, and cucurbits in southwest Virginia were non-honeybee species. The average number of different bee species on these crops varied from 12 to 19. Studies in other areas of the country have reported similar findings. The importance of non-honeybee species—such as bumblebees, carpenter bees, sweat bees, and andrenids—are often underestimated, but these species provide important pollination services.

TRUTH: After an initial investment, the costs are low. 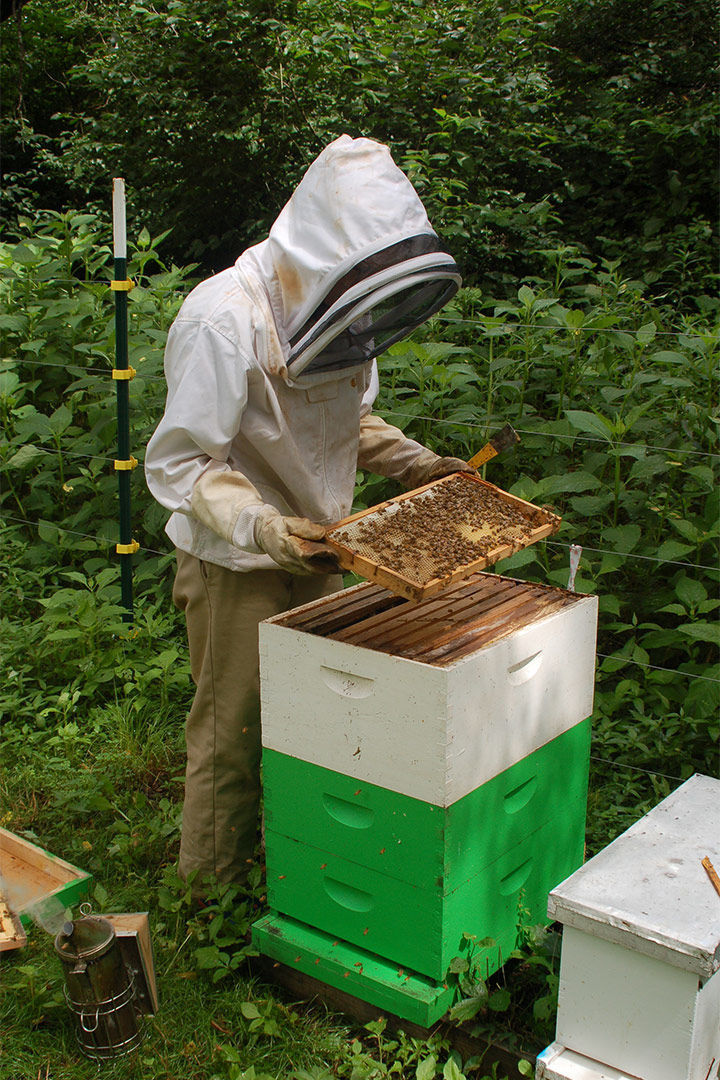 The major expenses involved in beekeeping are at the start because a new beekeeper needs to purchase hive equipment, bees, tools, and protective gear; the total cost of these items are about $350. Once the initial investment has been made, year-to-year expenses are minimal and typically involve items to improve colony health, such as treatments for parasitic mites, pollen supplements to improve spring buildup, and sugar to improve overwintering reserves. Yearly maintenance costs are typically less than $30.

Annual colony losses across the country, however, currently average 30 percent. If your colony dies, you can reuse the equipment but you’ll need to replace the lost bees. This is one reason why I usually recommend that new beekeepers start with two hives; if one dies, the other can be used as a source of replacement bees. 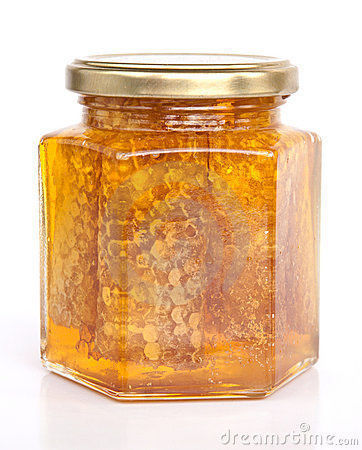 You can avoid protests from your neighbors by taking some precautions. Position hives so that the flight path of foraging bees does not intersect with high-use areas in neighbors’ yards. Place a fence or shrub in front of your hives to encourage bees to fly above head level. Limit your hives to no more than two or three in your backyard, and provide a water source so that the bees do not visit the neighbors’ swimming pool. Finally, plan on sharing the harvest; a couple of jars of honey can quickly turn concern into acceptance.

Ready to get started?

Finding help is easy. Contact a local extension office, or search online for local beekeeping organizations, which can be found in most areas of the country, including New York, Chicago, and Washington, D.C. Most of these organizations offer classes and mentoring programs to help new beekeepers get started.
If doing your own research is more your thing, there are so many resources out there that you might find your head spinning. Here are some of my favorites.
WEBSITES
• Mid-Atlantic Apiculture Research and Extension Consortium (agdev.anr.udel.edu/maarec/)
• North Carolina Coop­erative Extension: Beekeeping Resource List (growingsmallfarms.ces.ncsu.edu/growingsmallfarms-beelist/)
• Scientific Beekeeping (scientificbeekeeping.com)
BOOKS
• Beekeeping Basics, edited by the Mid-Atlantic Apiculture Research and Extension Consortium (pubs.cas.psu.edu/Publications.asp, $7.50)
• The Beekeeper’s Handbook, 4th edition, by Diana Sammataro and Alphonse Avitabile (amazon.com, $19.96)
• The Hive and the Honey Bee, rev. edition, edited by Joe Graham (dadant.com, $36.00)
JOURNALS
• American Bee Journal (americanbeejournal.com)

Richard Fell is professor emeritus of entomology in the Department of Entomology at Virginia Tech in Blacksburg, Virginia.