This week is the Chelsea Flower Show.

This has been happening every May in the same place since 1913* which makes this year the centennial year and much celebration is planned. It is a big thing: with over eleven hours of prime time television dedicated to coverage, yards of newsprint and a whole load of chattering. All because of some plants and gardens: isn’t that amazing? It never fails to make me smile that as a nation we can make such a fuss about flowers.

It all happens in London on the banks of the Thames in the grounds of The Royal Hospital. This was set up in about 1680 by Charles II as a home for old soldiers. It serves the same purpose today and houses a number of Pensioners (including, recently, women) who live out the rest of their days in comfort and add a bit of pizzazz to the surrounding streets with their bright scarlet uniforms and racks of medals. But, every year, their peace is disturbed by the most famous flower show in the world. 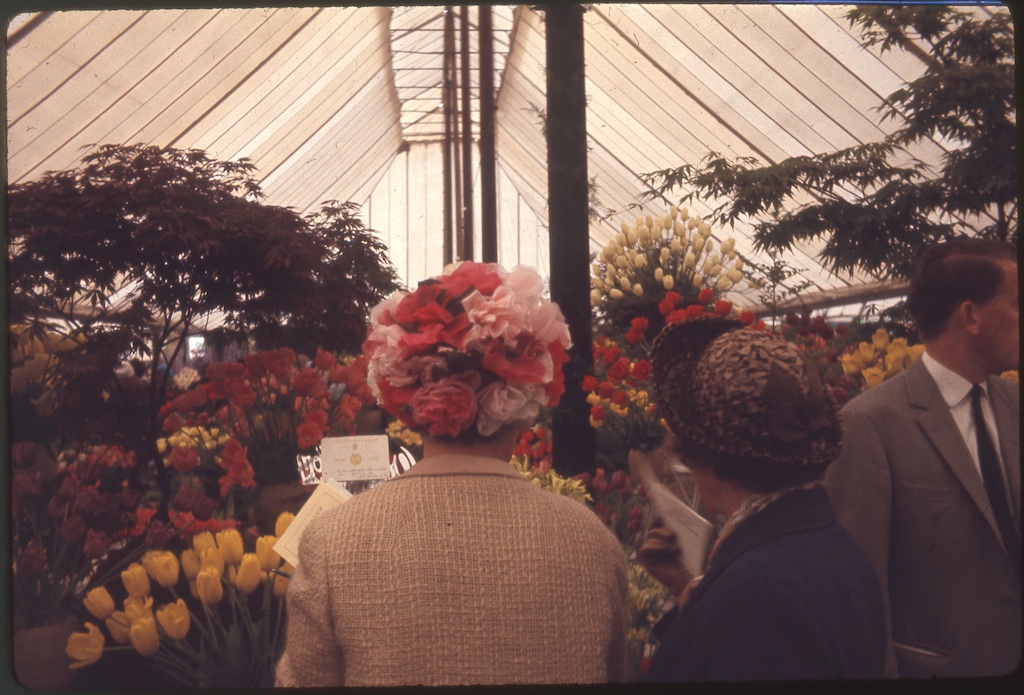 It is organised by the country’s foremost gardens charity, The Royal Horticultural Society. Formed a couple if hundred years ago to promote the art, science and practice of horticulture the society does sterling work helping and educating the public in the joys of gardening. They arrange a number of shows throughout the year (see my previous blog about Malvern) but this one, as they say, is the Daddy of them all.

The form is that there are about twenty large show gardens (some of which can cost over quarter of a million pounds to make), a scattering of smaller gardens, a vast marquee full of the very best nurseries from around the country and an awful lot of people milling around no matter what the weather may throw at them. All of this has been set up in about a fortnight although it has been about eighteen months in the planning. For the past few weeks the normally peaceful grounds have been teeming with trucks, workers, plants,cranes,diggers and many cups of tea. This picture is fairly typical!

This has been much the same for the past one hundred years although the content and cost of the gardens has changed enormously since the early days. There is an excellent book written by Brent Elliott (the official Royal Horticultural Society historian) which is jam packed with great archive pictures and interesting facts. The pictures reproduced here are all courtesy of the RHS Lindley Library and reappear in an excellent book, “Chelsea Flower Show: A Centenary Celebration” written by the RHS Historian, Brent Elliott.

It all begins on Monday which is Press Day when the joint is swamped with all sorts of celebrity guests. You can barely move a yard without tripping over Michael Caine or Ringo Starr. Later in the day the Royal Family arrive for a private visit and then there is a huge charity gala involving lots of glamorous women, besuited men and many, many gallons of champagne. Amongst all this move the Judging Panels for every garden and exhibit is assembled along strict guidelines in order that they be judged by the Royal Horticultural Society. The actual process is very efficient and fair but is perhaps too complicated to go into in detail here – I fear you may wander off in search of further diversions if I go on too much. Suffice to say that on Tuesday morning the exhibitors wake up to the news that they have been awarded an RHS medal: either Gold, Silver Gilt, Silver or Bronze.Some are ecstatic, some are devastated, all are exhausted.

The rest of the week is a blur of activity as about 160,000 people come to visit the show. They will drink thousands of glasses of Pimms**, form very long queues outside the lavatories and will enjoy the very best there is to see in horticulture.

Personally, I have a number of duties through the week. I am helping to present the television coverage on Monday and Tuesday (which will include following the Queen around the show) and then I am giving various tours to possible supporters of the RHS through the rest of the week. It will be quite tiring but I wouldn’t miss it for the world – it is one of the great highlights of the year.

If anybody ever offers you a ticket , get on an aeroplane and come to London.

* As an entity, however, the show has been going since 1827 when it was called the Great Spring Show and was held in Chiswick (right on the western side of London)

** I don’t know whether you are familiar with Pimms. It is a peculiarly British drink that is usually only consumed in the summer. You mix a gollop of Pimms with lemonade and ice, chuck in a load of chopped up fruit and mint leaves and that’s about it. It is like fruit punch but with more punch.