Splurge Story | Letter from the Editor 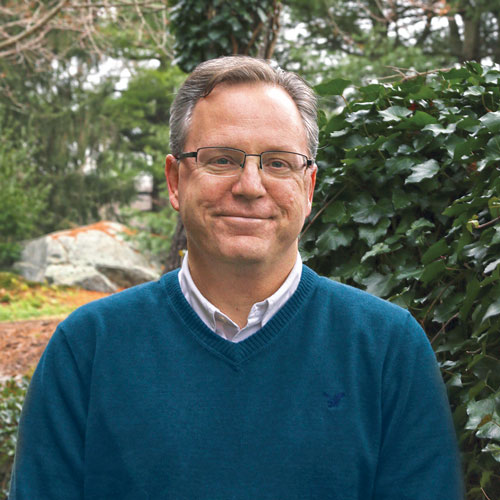 Personally, I can’t connect with our article “Splurge Plants”. From what I understand, avid gardeners can go a bit overboard when buying plants. I don’t ever do this, but I know it happens because people have told me. It reminds me of something that happened to a friend of mine, not to me.

He was shopping at a local nursery widely known for its outstanding selection of cool and unusual plants. Sure, I shop there too, and am male, but this story is not about me. It is about my friend, who is not me—and who happens to be quite handsome for an older fella.

Amid all of the treasures at this nursery, he spied a shrub with glossy burgundy leaves shining in the sunlight, as though the gardening gods had focused a spotlight on this very plant so that he might gaze upon it. He was drawn to it, and reveled in its beauty. He loved it all the more because this was a new introduction, and he had seen it on his travels for his gardening magazine. (My friend works for a gardening magazine too. That’s how I heard this story, which is about someone else.)

As he bent down to add the plant to his cart, he happened to notice the price tag. Immediately, clouds obscured the sun and a cold wind blew. It was way too expensive. He placed it back where he had found it—with, it seemed, a little piece of his soul.

He continued shopping, but his attention always went back to those glossy burgundy leaves. He looked at the carts of the other customers hoping that none of them had bought the coveted plant either. They wouldn’t value it, he was sure. Only he could give the shrub the home it deserved.

That’s when he came up with a plan. He would buy the plant (car payment be damned!) when he knew his wife wouldn’t be home. He would plant it immediately, unlike his usual practice of celebrating the act of plant buying with a snack and a nap before spending a few days in the euphoria produced by a job well done. Once the plant was in the ground, he would cover up the evidence. Mulch would obscure the freshly dug soil. The plastic pot would naturally blend in to the existing stacks of nursery pots behind the shed, just one more among the dozens. And the plant tag would get squirreled away in one of the old stashes of tags around the house, not in the pile of tags from new acquisitions that was growing on the back porch.

With the course of action clear before him, he returned to the plant where he had placed it, slightly obscured from the view of less discerning customers. He placed the shrub in his cart and felt the warmth of the sun on his back. A bluebird perched on a nearby tree and chirped its approval. His soul was restored. Truly this was the right decision. And he marched triumphantly to the cash register, thinking to himself, “Nice choice, Steve.” Oh, my friend’s name is also Steve. This didn’t happen to me. Did I mention he was handsome?