How to Get Rid of Voles in the Garden

To bring these plant killers to justice, first make sure you have the right perpetrator

You may not realize it, but your backyard might be a crime scene. We’re not talking anything worthy of a Law and Order episode, but rather a heinous act committed by an often-unseen, silent offender: the lowly vole. If you’ve noticed that a once-thriving plant has suddenly declined and, upon further investigation, you discover that it has no root system left, you may have been victimized. The likely culprits, voles, regularly destroy lawns, gardens, orchards, and fields across North America. They have population irruptions that can reach biblical proportions. These occur in a cyclical fashion, with years of great abundance punctuated by longer periods in which even the craftiest of barn owls may have a difficult time catching enough voles to feed their young.

Voles are the smallest and most productive members of the rodent family. They are related to beavers in that their incisor teeth continuously grow. Although pound for pound they’re tiny, even a mild population irruption can dash a gardener’s hopes for a bountiful harvest or a vase full of irises. Thankfully, vole irruptions do eventually run their course. Catching these furry killers require perseverance coupled with proactive prevention methods.

Get to know their modus operandi

Voles are not the same as moles; they are stocky-looking mice with fuzzier fur. They are typically brown to gray mixed with black and are 4 to 7 inches long, with tails that are less than a couple of inches long. Adults may weigh as much as a smartphone (about 5 ounces).

Voles are hands-down the world’s most prolific mammals, which is why they can cause such widespread damage. Females can breed when they just are a month old and produce litters of three to 10 pups every three weeks year-round for the rest of their lives. One female in her short life span of one to two years can produce over 50,000 progeny. Voles’ boom-bust population cycles are unpredictable but generally peak every two to five years. Voles also do not hibernate, so underneath that lovely blanket of snow that covers the garden could be a thriving metropolis of well more than 600 mini-beavers.

Voles pose no major public health problems because of their infrequent contact with humans, but they can harbor diseases such as plague and tularemia. Wear leather gloves if you must handle them.

Learn how to identify their damage

The gnaw marks and girdling damage that voles cause are similar to those caused by many other species of wildlife, particularly rabbits. Because of the vole’s small size and inconspicuous nature, vole damage is often blamed on other species. Vole girdling is characterized by nonuniform gnaw marks at various angles in irregular patches. In contrast, rabbits clip branches with neat, clean cuts. Vole gnaw marks are about 1/8 inch wide and 3/8 inch long; gnaw marks from rabbits are usually larger. Careful examination of the damage can help identify the perpetrator, although often all you’ll see is that “something” has eaten the roots of your plants.

The most prominent sign of vole damage in yards and fields is their extensive runway systems. Runways are an inch or so wide, and vegetation is often clipped close to the ground next to well-traveled routes. You may also notice small holes used for entry to the surface. These are generally located at the beginning or end of the tunnel system.

Thwarting these green-grocery robbers requires three simple steps. Most gardeners are quick to jump to step 3 because they want the problem to just go away, but skipping steps will almost guarantee that the voles will come back with more attitude. 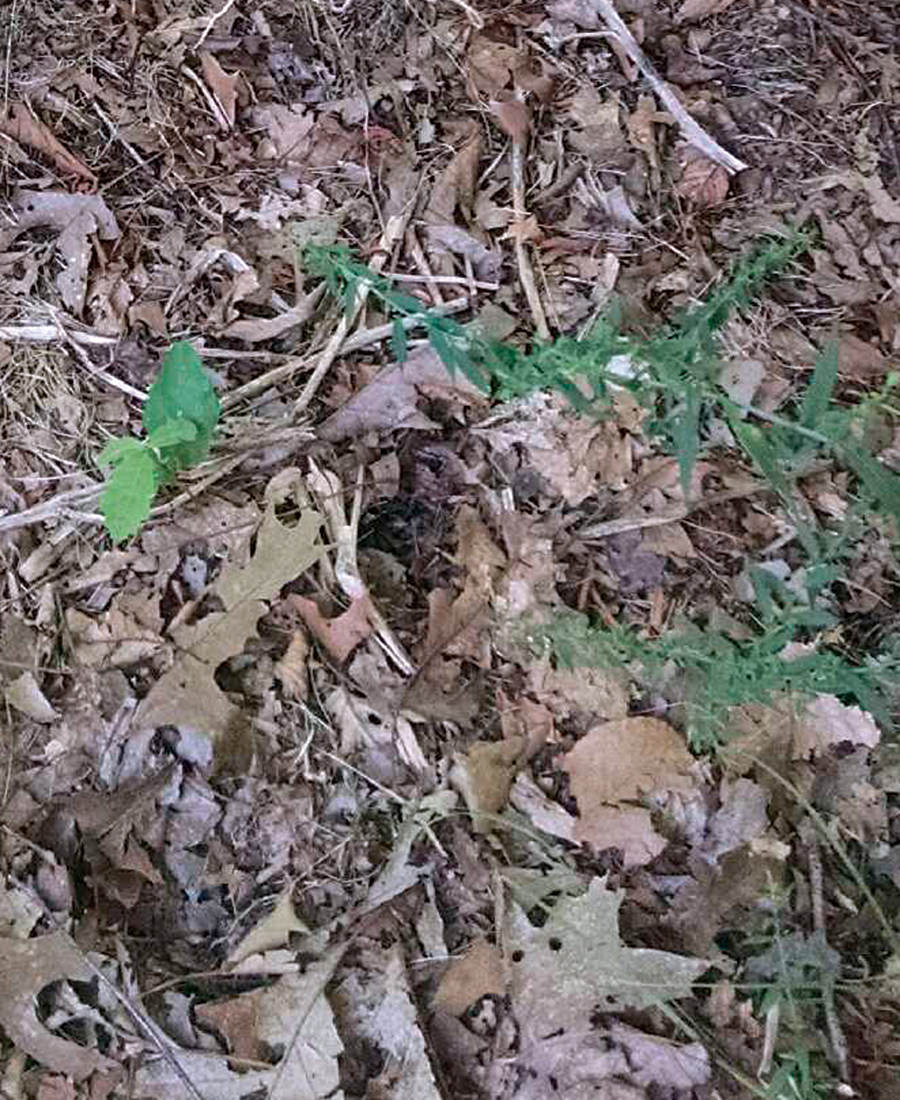 Remove weeds, ground cover, and leaf litter around lawns and gardens to reduce the likelihood that voles will set up a command center. Remember, voles are tasty morsels for many predatory wildlife; they survive by stealthiness and concealment, so when you remove places for them to hide, you turn the tables in your favor. Voles like living in mulch, leaf and grass piles, and tall ground covers. Lawns should be mowed regularly. To keep voles out of the garden, do not mulch close to trees, keep mulch around shrubs to a minimum, and pick up unturned piles of leaves and lawn clippings from around the yard. Soil cultivation destroys vole runway systems and may kill voles outright, so places like annual or veggie beds where you’re regularly turning over the soil often are less susceptible to vole damage than perennial plant areas. 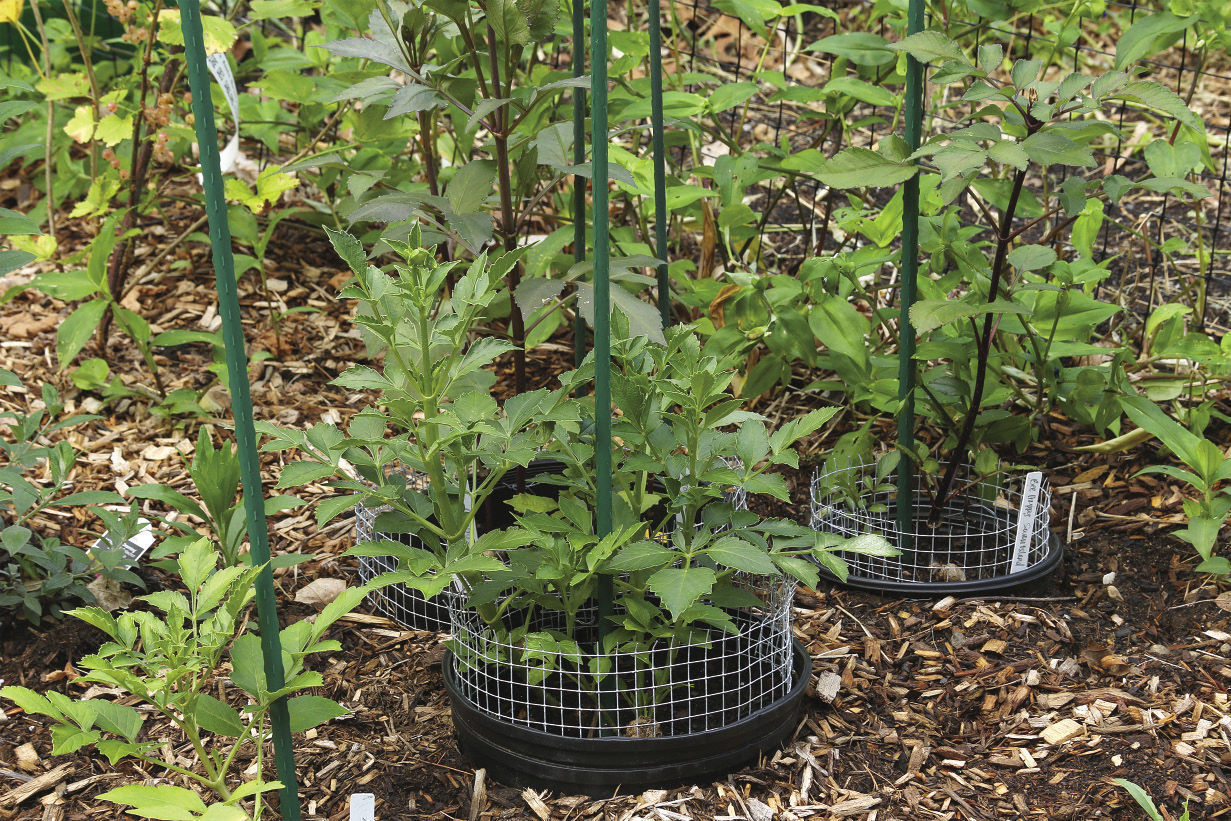 Cylinders made of hardware cloth (found at most hardware stores) can be effective in excluding voles and protecting individual plants. The mesh size of the cloth should be no larger than 1/4 inch. Bury the cylinder at least 6 inches below the ground to ensure that voles will not burrow under the cloth and get to the plant. Fencing is often not effective in protecting large areas such as lawns, however, and is also cost prohibitive.

Although there are chemical “fences” that are EPA-approved for repelling voles, these repellents are just really Band-Aids. They temporarily protect plants, but their effectiveness is usually short lived, and some cannot be used on food crops. Mothballs and bubble gum—touted as great home remedies—have no proven effectiveness at repelling voles. 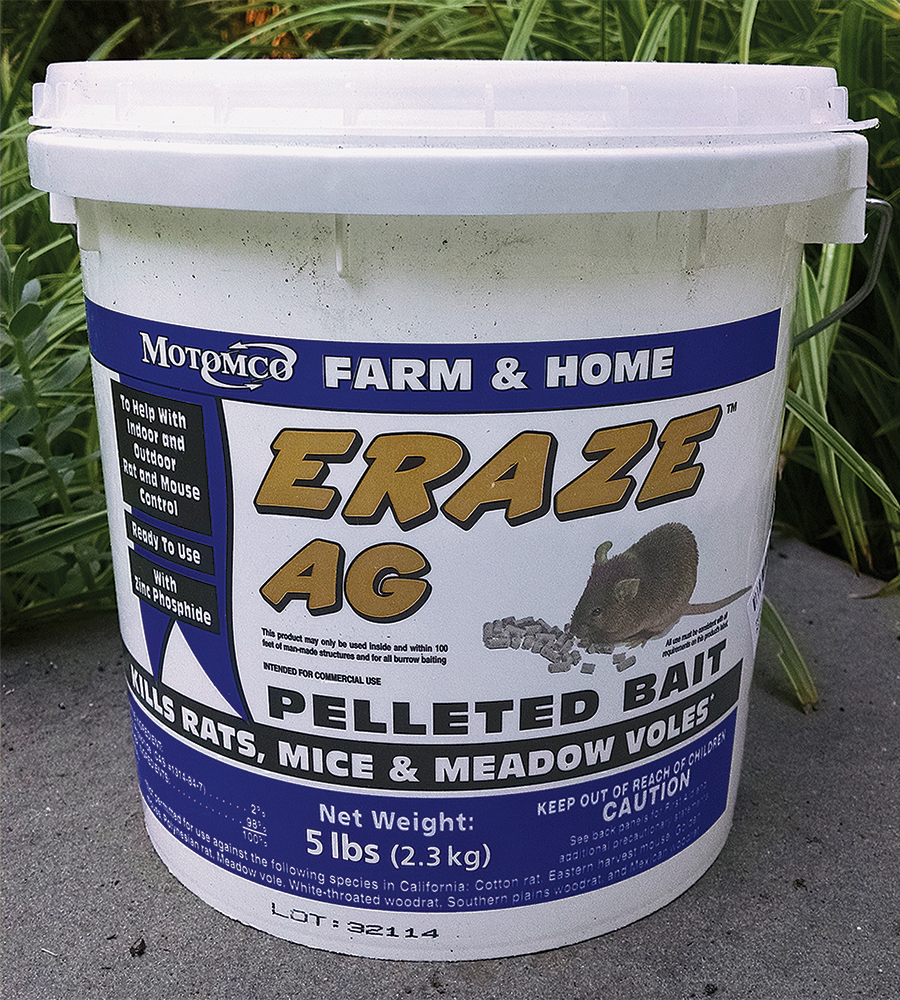 Once you have moved through steps 1 and 2, population reduction now has a fighting chance. The EPA has approved two toxicants that may be used for vole population control —zinc phosphide and anticoagulants. Zinc phosphide is a restricted-use chemical, and those who apply it must be certified applicators. It should not be used in urban areas. Anticoagulant baits can effectively reduce vole populations, but again, because these baits can be harmful to pets and children, they should only be used in larger remote areas and in pet- and child-proof bait boxes. Baits are also most effective when there aren’t many plants that voles eat.

Trapping can be very effective in controlling vole populations in smaller lawns and gardens, but because of their high reproductive rates, it is not cost-effective in larger areas. Mousetraps placed by an entry hole or perpendicular to the runway (and placed under a cardboard box to keep it away from a dog’s nose) work quite well.

There are a few plants that hungry voles will not find palatable—and a few others that may actively deter them from making your garden their home.

Terry Messmer is a professor and extension wildlife specialist in the Department of Wildland Resources at Utah State University. This article first appeared under the title “To Catch a Vole.”