How Drought Affects Trees and Shrubs

Leaf scorch, stem dieback, and susceptibility to pests and pathogens can result when woody plants get too little water

Drought has been a topic of discussion among gardeners for the last several years, and there’s good reason for that: Lack of water can severely limit a plant’s growth. But even after it starts to rain regularly again, plants can still suffer from problems related to prolonged drought. In general, if annuals and perennials manage to survive an initial drought, they tend to fare better than do woody plants, which can suffer the effects of drought for many years.

The effects of drought on trees and shrubs can be characterized as short term or long term. Short-term damage, caused by one dry spell, includes wilting, leaf scorch, and some defoliation. Long-term damage from drought happens over a period of years and includes stunted growth, branch die-back, and possible death of the plant. Many woody plants can take up to three years after a drought to display negative long-term effects.

One common long-term effect of drought is stem dieback, which is a result of the loss of fine feeder roots. As soils become dry during the hottest summer months, the fine roots in the upper soil surface may be stimulated to increase in number to get what little water is available. However, they will begin to die if soils remain dry, thus putting the root system out of balance with the amount of foliage found aboveground. When rain does return, the plant may not be able to take full advantage of this much-needed water because of its reduced root mass. The result is a resizing of the canopy through branch die-back. If drought persists into the next growing season or recurs before the tree can fully recover, it may die.

Pest problems are another result of long-term drought. Many pests, like wood borers and bark beetles, cannot survive in a healthy tree. As a tree or shrub becomes weakened from drought, these pests invade rapidly. Other pests that take advantage of drought-stressed plants include the bronze birch borer, black turpentine beetle, and many conifer bark beetle species.

Some pests, like spider mites, lacebugs, and aphids, can also be more detrimental to their hosts during extended hot and dry periods. The increased injury is a result of the plant’s inability to grow faster than the rate of damage, due to the lack of water. Also, many beneficial insects, such as predatory mites, slow or cease foraging activity under these conditions.

Drought-stressed trees also exhibit a reduced ability to compartmentalize or isolate small wounds, which allows pathogens to invade and colonize successfully. It is common to see more incidences of stem canker diseases in the years following a drought. If you see sunken, grayish cankers on branches, it is likely your tree was too weak to ward off the disease.

What you can do to lessen the impact of drought

While no one can predict with certainty how long a particular drought will continue, we do know that droughts will occur periodically over time. Choosing the right plants for your location and caring for them properly are the best ways to lessen a drought’s long-term impact. Incorporating organic matter into your soil, weeding regularly, watering infrequently but deeply with soaker hoses or drip irrigation when regulations allow, and applying mulch over the soil around your plants are the best ways to help them weather a drought.

Many of us are in stay-at-home mode right now, and although it once seemed like there was never enough time to get all the gardening finished, you may be running… 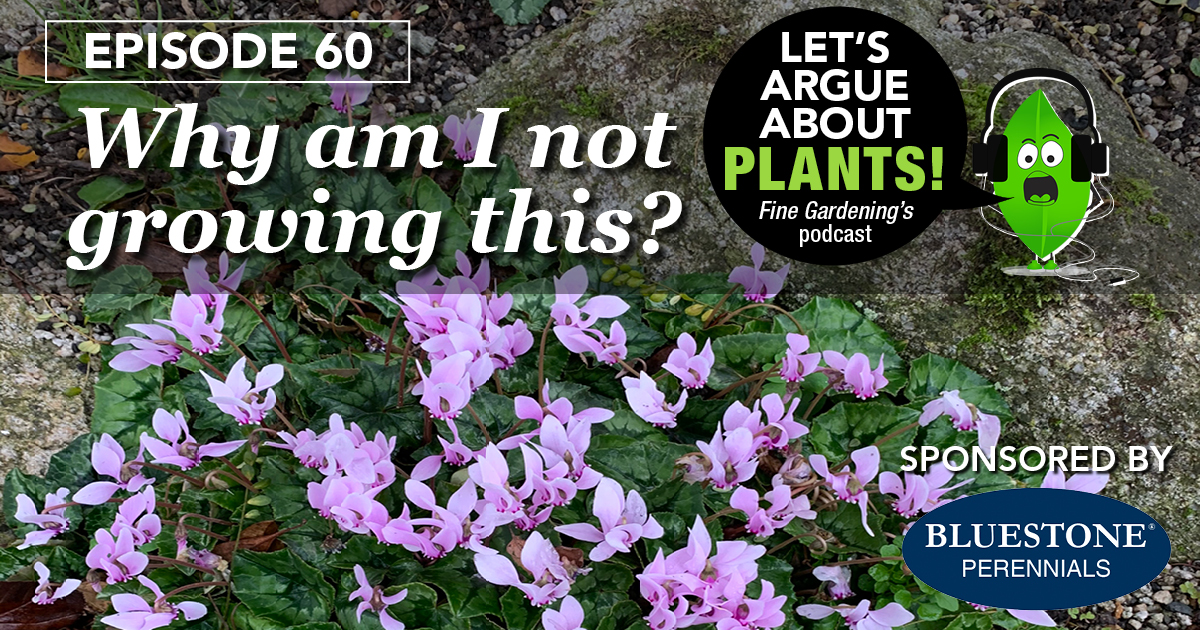 Episode 60: Why Am I Not Growing This?

For years these plants have been on our lists of must-haves—but they have tragically never made it into the garden. Why? Truthfully it’s probably because both Steve and Danielle suffer…